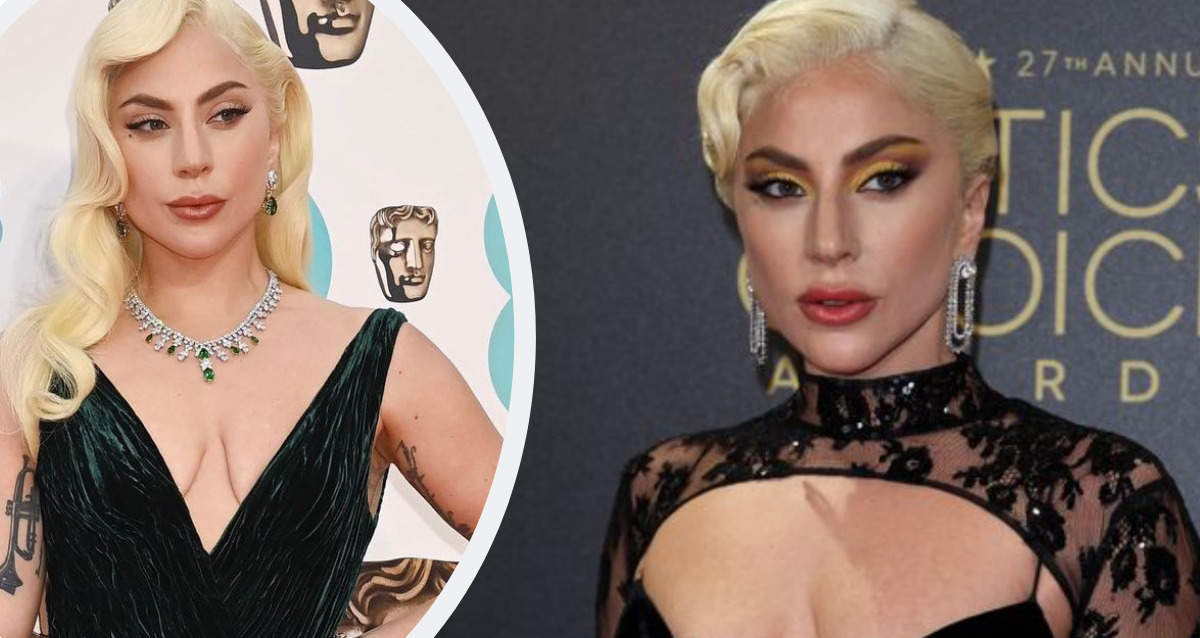 Lady Gaga, who is nominated for the award for Best Actress, gleamed with elegance as she posed on the red carpet in a stunning black and gold Gucci gown at the 27th Annual Critics Choice Awards

The singer turned actress walked down the red carpet to flaunt her fascinating detailed black and gold dress upon her arrival at The Savoy Hotel.

The singer, who was nominated for Best Actress for her role of Patrizia Reggiani in Ridley Scott’s House of Gucci, styled her blonde hair back into a slick and classy bun. Everything about her style gave off charming Hollywood vibes.

The 35-year-old decided to go bare underneath in the show-stopping gown. Her ensemble  came with a sleek, black bra-like top accompanied by sheer lace sleeves. 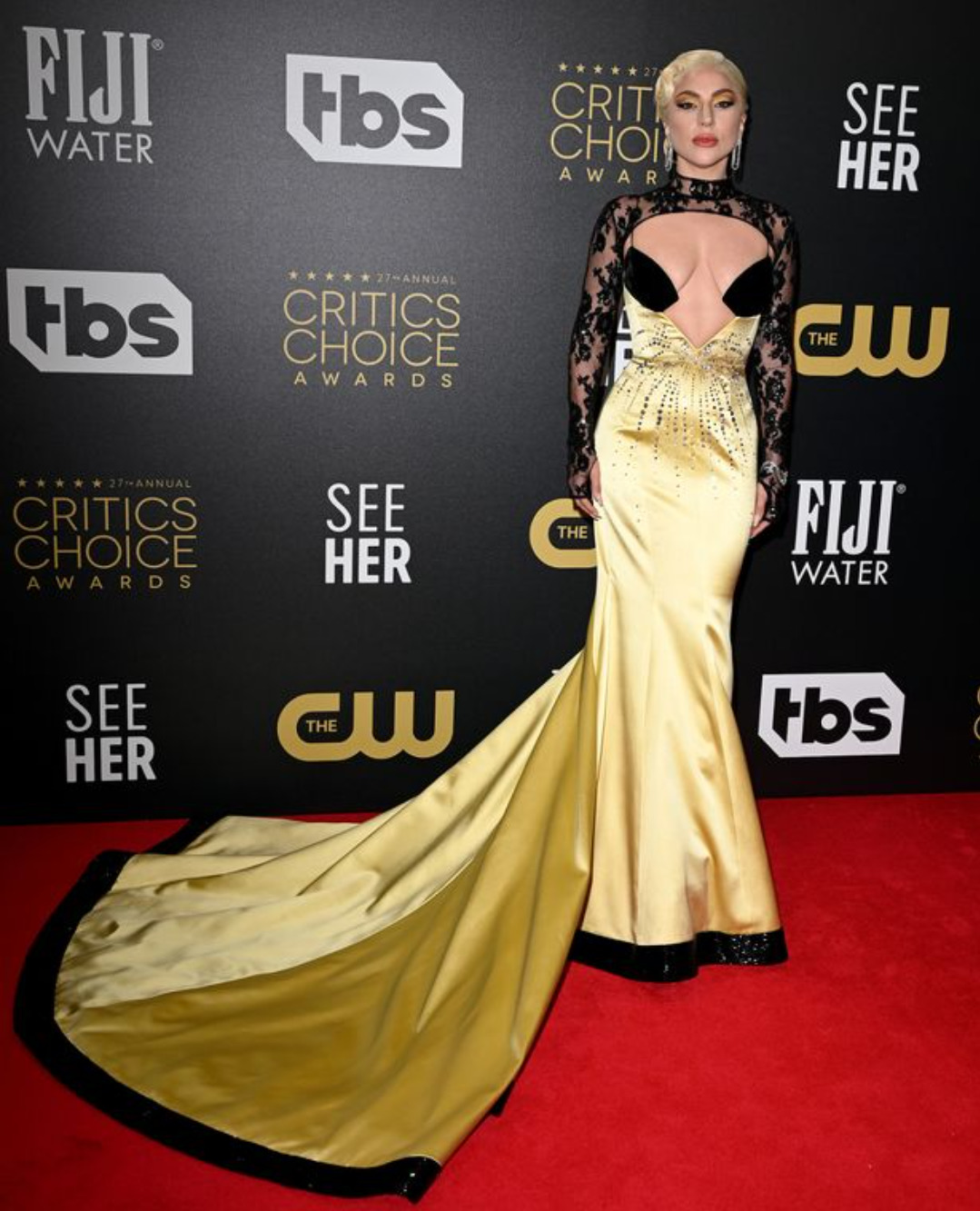 Lady Gaga in daring show-stopping look at the red carpet

Her enviable curves accentuated in the dress as the crystal embellished skirt covered her perfect waist and flew down to the floor in a glorious wave.

To accessorize her look, she wore a series of elegant silver jewellery, paired with matching dangly earrings as well as a statement silver bracelet.

This stunning look at the Critics Choice Awards came after she spread her dazzling beauty at the 2022 BAFTA Awards, where she was also nominated for Best Actress. 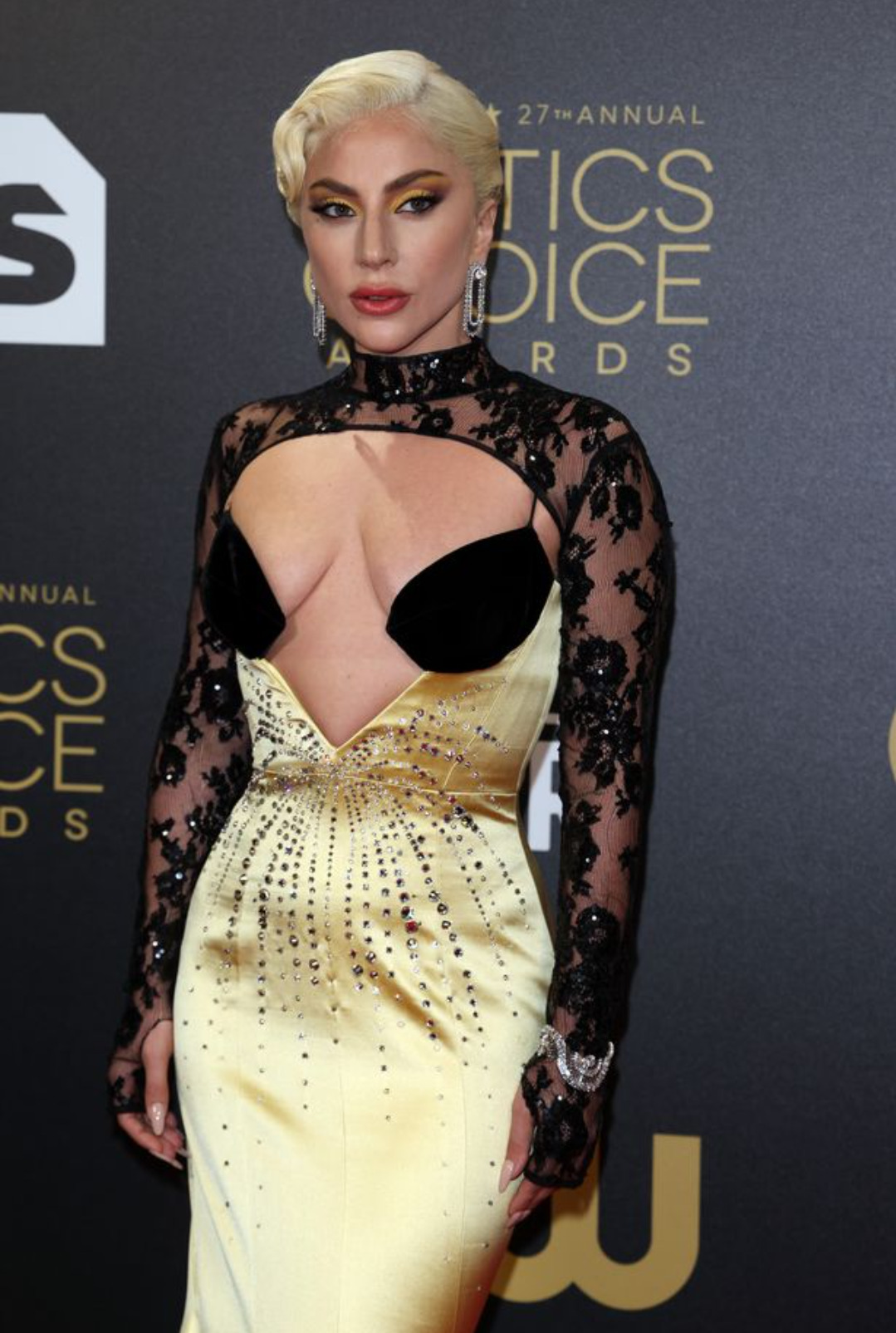 In the latter ceremony, the A star is Born actress caused all the heads to turn as she appeared on the red carpet outside of the Royal Albert Hall, donning an extraordinary skin-tight forest green gown.

The Italian singer sported a minimal makeup look with her Ralph Lauren dress. She styled her hair in an elegant fashion, to honor Marilyn Monroe.

Lady Gaga paired the glamorous showcasing with emerald earrings, a matching necklace and bracelet and a feathered handbag. 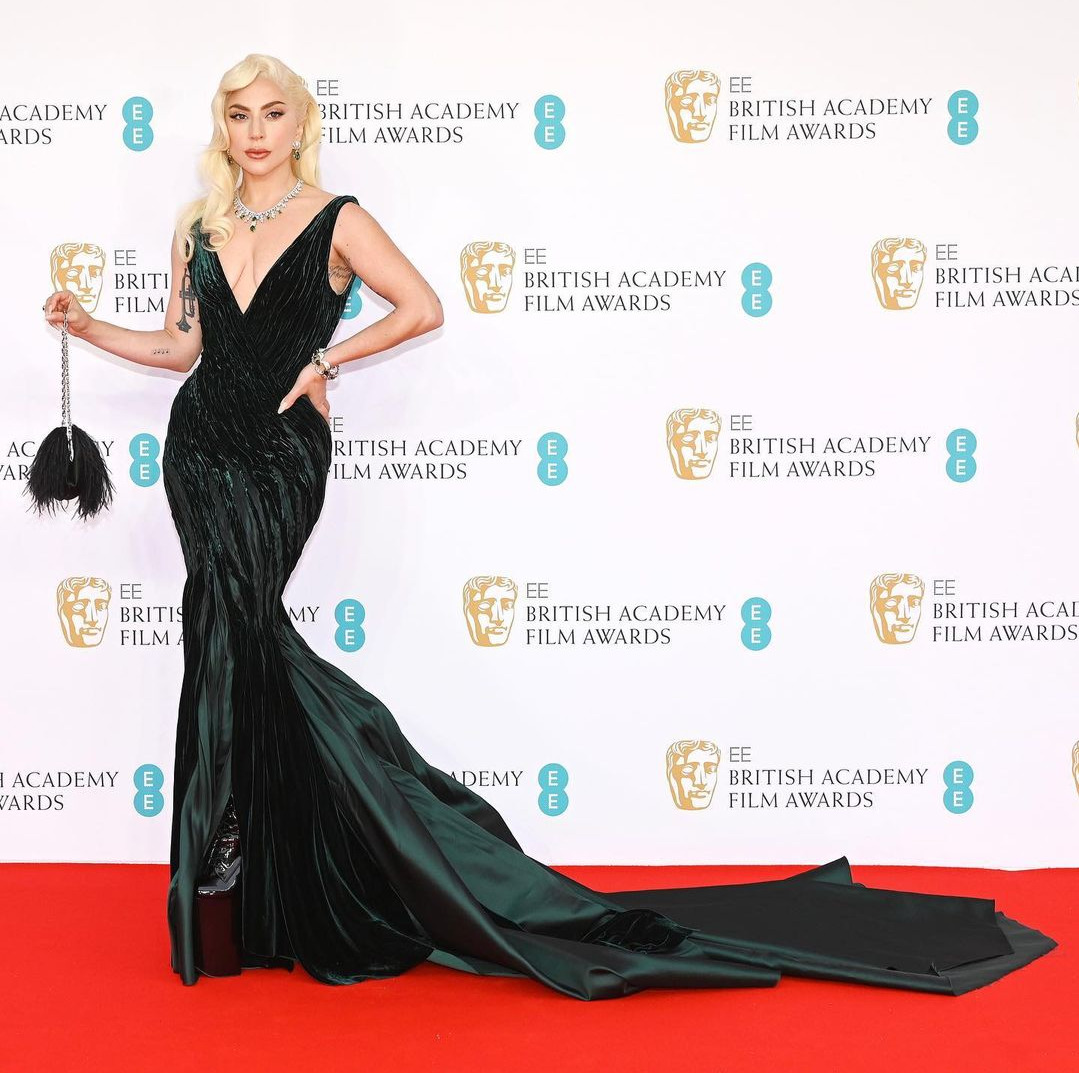 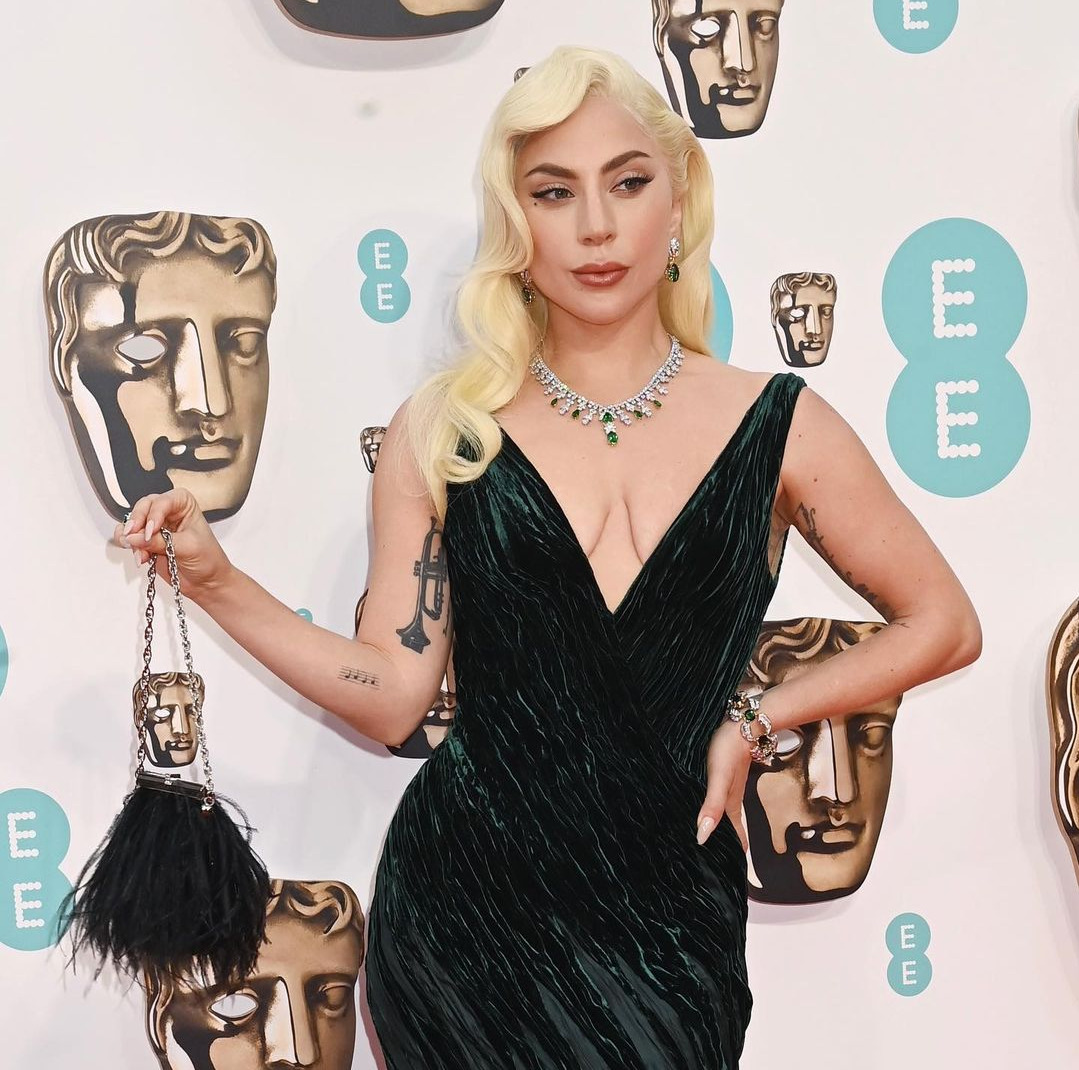 The actress has always been praised for bringing her A-game into social appearances. This includes her staggering looks at the red carpet. And to quote one of her many looks, we have last month’s Screen Actors Guild Awards (February 28). There, she stunned in a white strapless Armani gown.

Gaga has created a statement out of her show-stopping gowns. As a way to reminisce the trend, there is her 2010 meat dress at the VMAs. As well as her beautiful lilac gown which she wore to the 2013 American Music Awards while on horseback. 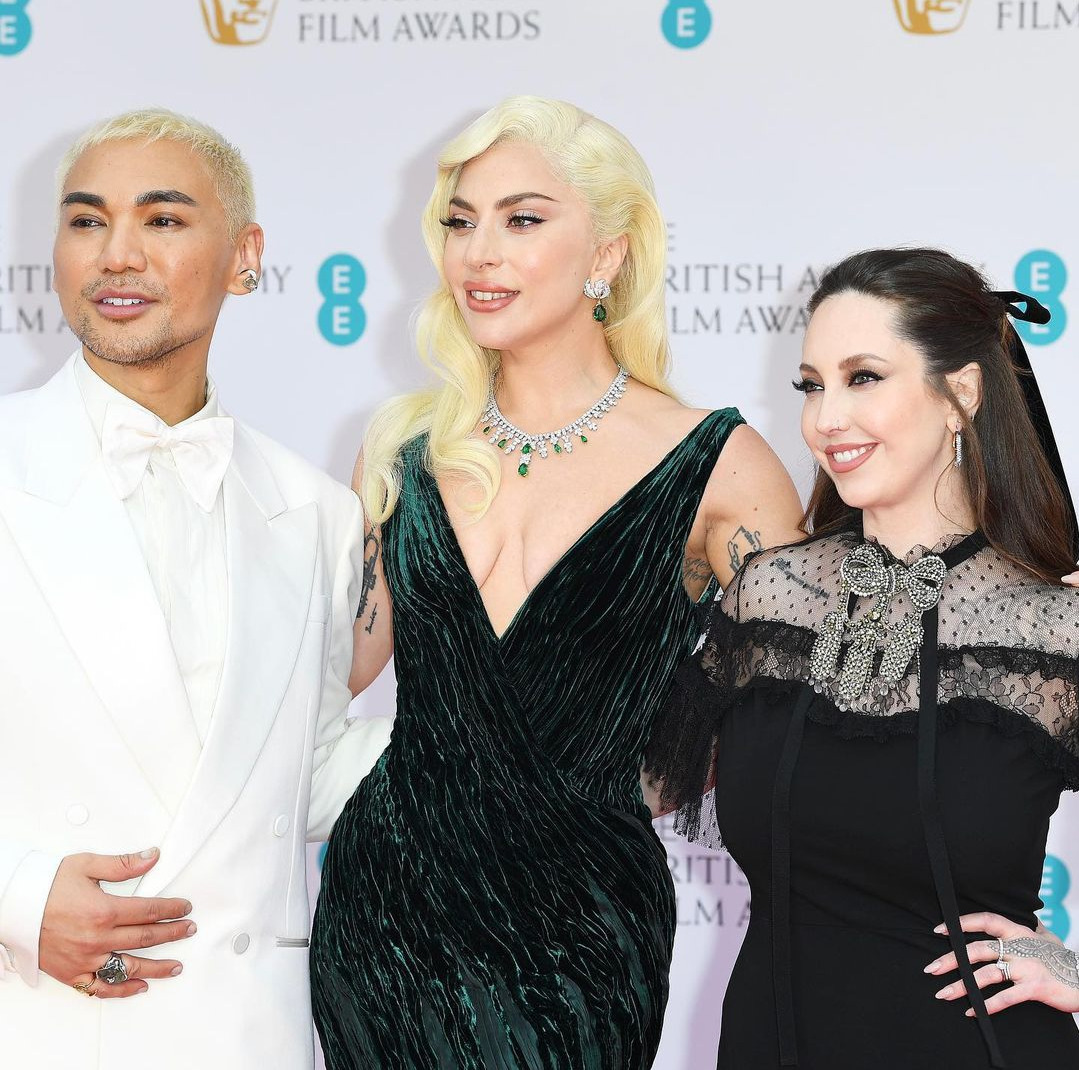 The Oscar winning musician won her first Critics Choice Award in 2019. She won Best Actress for her portrayal of Ally in A Star Is Born. But this year, she fell back, not far behind, to Jessica Chastain for her role in The Eyes of Tammy Faye.