Lord of the Rings: Rings of Power – Who is Morgoth? The Villian’s History Explained 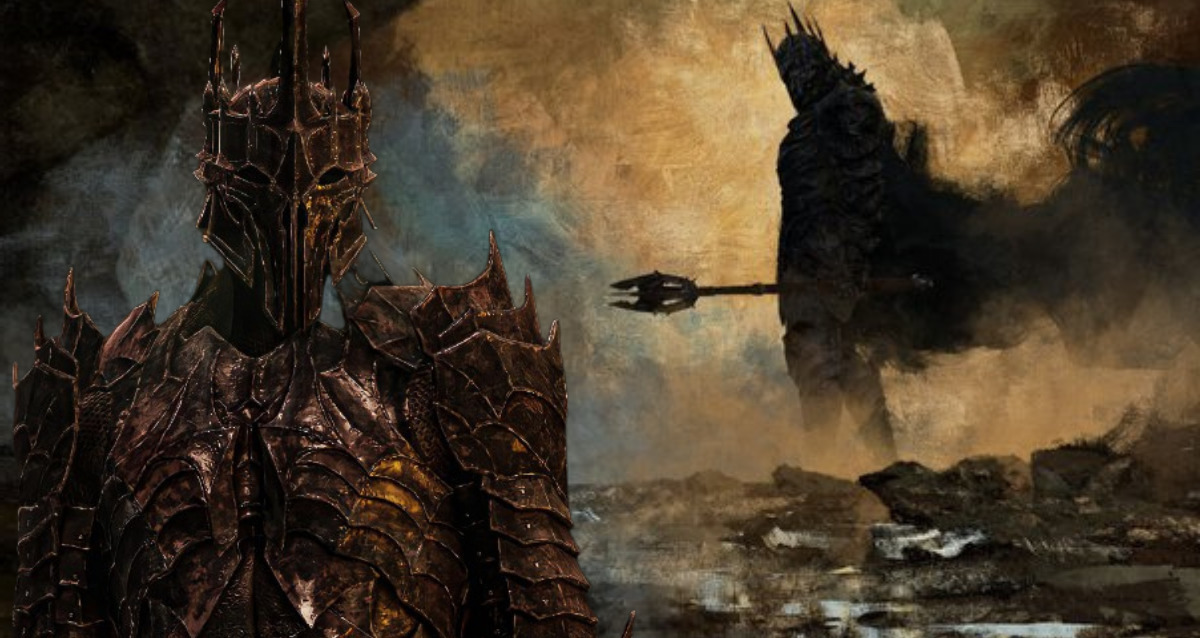 It’s no wonder that The Rings of Power is just as saturated with fear and sadness as it is in promise and wonder, given that the presence of evil is a key element in what constitutes a Lord of the Rings adventure.

Lord of the Rings: Rings of Power opens up with a brilliant flashback voiced by the legendary Galadriel herself origins of the Elves and their journey to Middle-earth, and how their conflict with Morgoth completely changed their life forever.  Despite his status as the series’s primary antagonist and the driving force behind the war that came to characterize the First Age of Middle-earth, we know very little about Morgoth. Thankfully, J.R.R. Tolkien’s cosmology is rather intricate, so we know all the details. 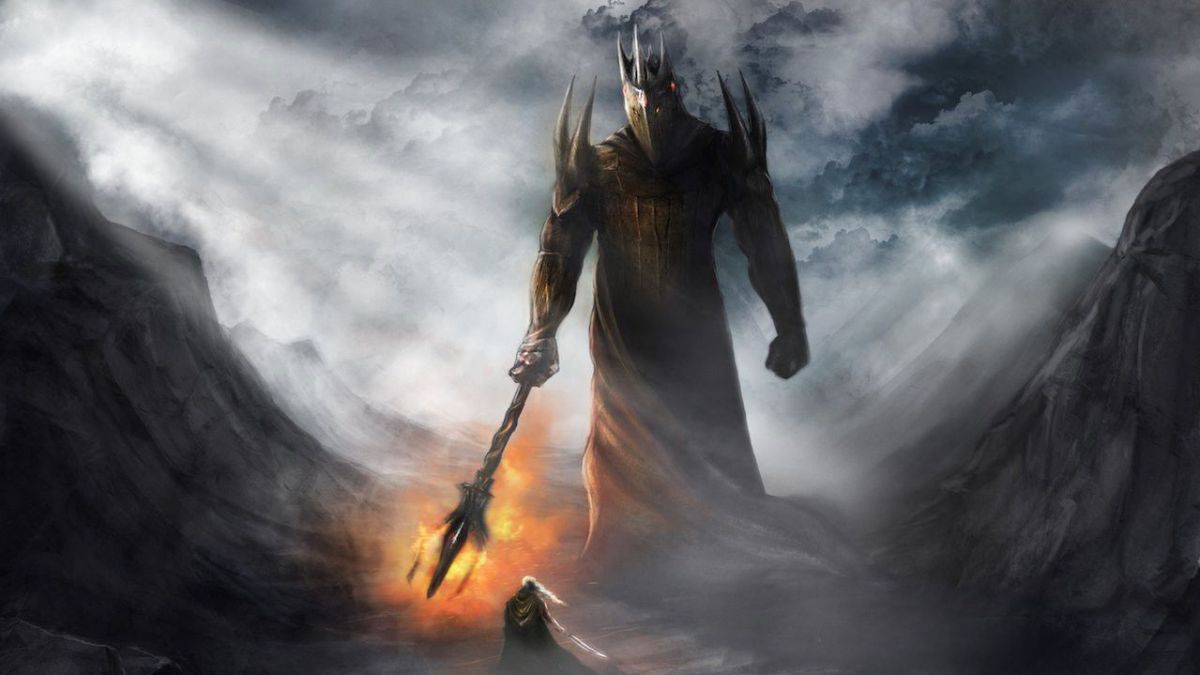 Who is Morgoth aka Melkor

According to Tolkien’s view of the universe, there exists only one Lord, Ilvatar, who is in charge of everything. Ilvatar’s early creations were deities to service him, and he dispatched a few of them out into the Void to make it seem more inhabited. The Valar were the gods that created the realm of Arda, and the Maiar were the gods who served under them.

Whereas the rest of the Valar were set on doing what Ilvatar wanted, one of them rebelled against creation by letting feelings of jealousy, arrogance, and hatred take root inside his soul. It was Melkor, the greatest of the Valar, who unleashed all his strength to wreak havoc on the universe. 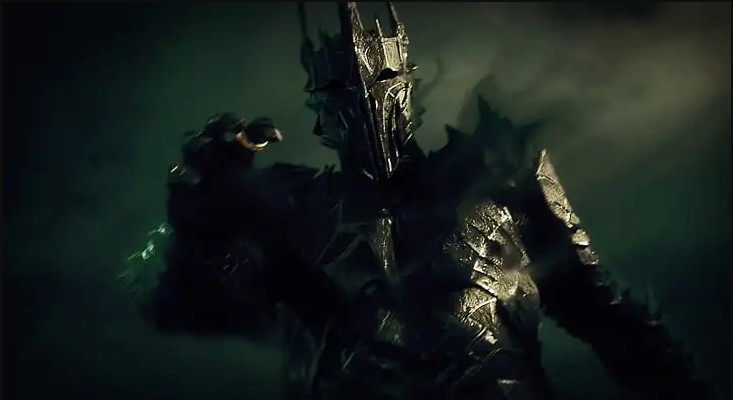 In the interest of the Descendants of Iluvatar, the Valar banded together and assaulted Melkor’s stronghold in Middle-earth, where the evil lord was eventually vanquished. For a great many years, Melkor remained confined, whereas the Elves were extended an invitation to visit Valinor, the place where the Valar live and rule. In this way, while Melkor was isolated in his imprisonment, the Elves flourished, learning as much as they can from the Valar. Because of this, Melkor became even more enraged and vowed to destroy everything if he was finally liberated.

Melkor, on the other hand, was cunning enough to pretend to have a shift of heart. After serving his time, he expressed remorse for his misdeeds and promised to work for the sake of the Valar as well as the Elves. Initially, Melkor took the side of the angel and shared many of his insights with the Eldar. Melkor, on the other hand, spread falsehoods to make various Elven factions distrustful of one another and the Valar. Melkor slowly infused avarice and distrust into the minds of Elven rulers. 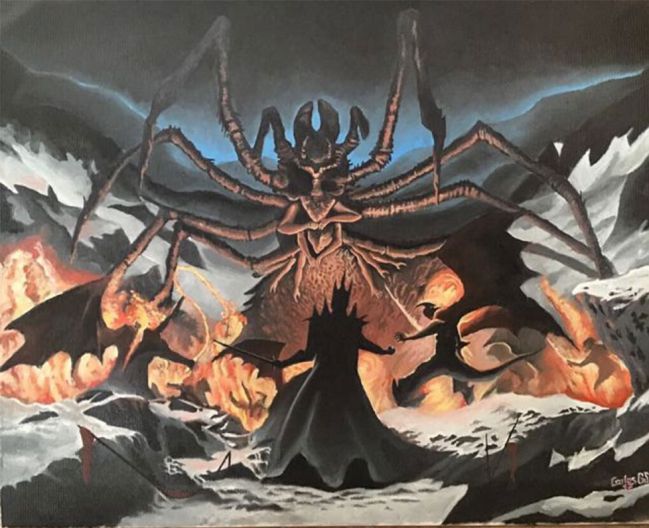 Morgoth in his full glory

Fanor, the valiant Elf who forged the Silmarils, fell prey to Melkor’s deceit. Melkor wanted these gems more than anything else because they contained the radiance of the Valar, the trees of Valinor. Fanor, however, fell prey to the allure of the beautiful stones he had fashioned, and he brandished his blade against his own kind to defend his claim to the Silmarils.

Melkor’s mask fell at that point, and his true nature as an adversary was made clear to everyone. So the Sindarin word for “Dark Enemy”—Morgoth—became the name through which Melkor was known from then on.

The Forces of Evil and Light Met One Another Again Orc in Lord of the Rings

The Battle of the Jewels started when Morgoth stormed Valinor, burning the Trees of Valinor, murdering Fanor’s parents, and seizing the Silmarils. Despite Morgoth’s long-held animosity against the Elves, he never before directly confronted them. Fanor then signed a pledge alongside his seven children to guide his army to fight Morgoth and everyone else who opposed retrieving the Great Jewels, but he was still overcome by sorrow and believed the falsehood that the Valar desired the stones for their own benefit.

To this day, Morgoth is said to be imprisoned beyond the Gate of Night, emerging only at the last of days to wage one more conflict before being destroyed and the realm is restored once again by Ilvatar.

After Morgoth’s destruction, his army dispersed over Middle-earth, with each and every orc, Balrog, serpent, monster, gigantic tarantula, and other foul beast fleeing for its life. The commander of Morgoth, an ancient Maia by the name of Sauron, likewise disappeared from Middle-earth upon being denied forgiveness for his atrocities.

The events of The Rings of Power take place a long time after Sauron’s disappearance and before a New Evil Face would emerge with the notion to bend everyone to his will.