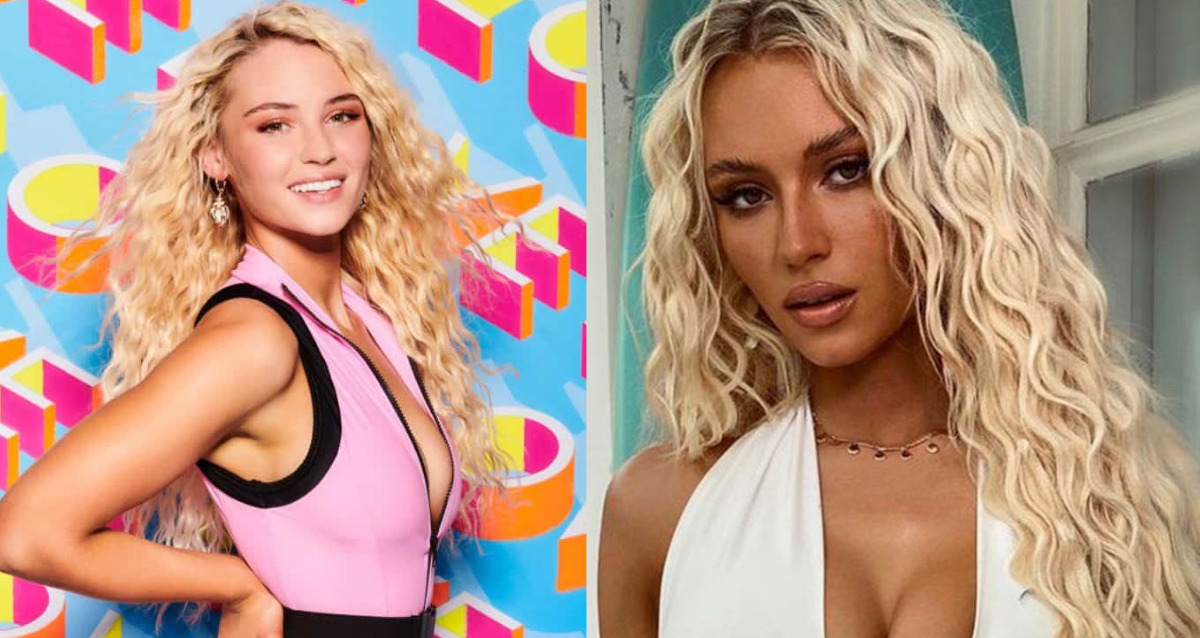 Lucie Donlan wore seductive pale pink lingerie for her new photoshoot and shared the best photographs with her Instagram followers.

The newly engaged reality actress, 23, put on a wild show as she posed for multiple sensual photos in the seductive Ann Summers lingerie. Posing up a storm came naturally to the former Love Island contestant as she leaned against blue-and-white wallpaper and a bauble-laden ledge. The blonde model-surfer had a natural aura about her as she let her waves fall past her shoulders, her muscular abs and slender waist on full display.

Lucie chose a slight tint of pink makeup to complement the colour of her undergarments, which highlighted her flawless appearance. Her fiancé Luke Mabbott, who rose to prominence on Love Island alongside her, went right into the comments section, gushing: ‘No words,’ followed by a heart-eye emoji and love heart. The bikini photos come after the beauty’s boyfriend Luke said that he proposed to her while watching the Northern Lights in Finland.

The winter of love

Both celebs are wrapped up in identical winter coats in the lovely shot announcing the engagement, sharing a kiss as Lucie shows her ring. While Luke takes the usual selfie, their eyes are closed, but they are smiling through the smooch, with the gorgeous Northern Lights visible behind them.

‘Mrs Mabbott to be,’ he wrote. The northern lights appeared just in time for the right opportunity to ask the question. ‘It was a night we will never forget.’ Since July 2020, the couple has been dating. Lucie competed on the 2019 edition of Love Island and dated fellow participant Joseph Garratt for a short time. Luke made it to the final of Love Island’s winter series in 2020. However, he and Demi Jones split up soon after.