It’s been a while since we’ve got any Mandalorian news since the finale of the Book of Boba Fett. Now, fans can rejoice. The Mandalorian seems to have already completed filming. The filming for the third season of The Mandalorian is said to have started in July of last year. There is a lot of evidence that Katee Sackhoff’s character, Bo-Katan, will be back in the third season, too. A deepfake art expert named Shamook was hired by Lucasfilm around this time. Fans finally saw his work in The Book of Boba Fett when Luke Skywalker came back.

Since production started, there have been a lot of leaks on the internet about huge battle scenes in the show, and even one about a key location from Star Wars: The Clone Wars. So far, filming for the next season of The Mandalorian has been going on for a long time, and fans have been expecting it to be over any day now. In the end, filming for The Mandalorian has come to a close, at least for the costume department.

As a costume crew member for The Mandalorian, Amanda Ramirez used Instagram to show off pictures of the show’s next season’s production coming to an end. Ramirez said that “From a galaxy far, far away, it’s time to say goodbye now. Thank you for having me this season; it was a great time! Can’t wait for the next one to come out.” 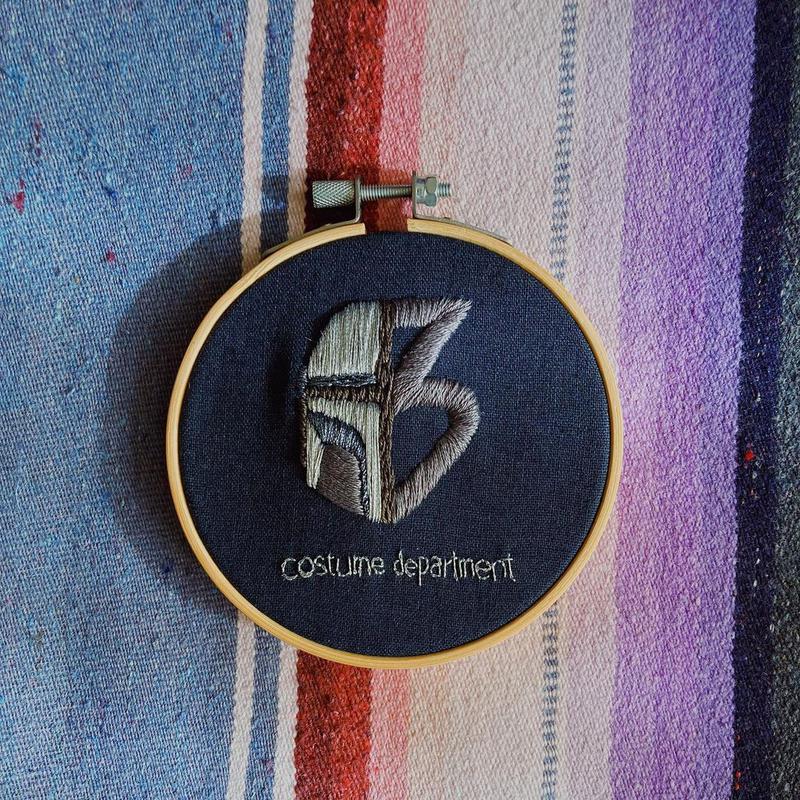 The first picture shows a piece of embroidery from the costume department. It shows the titular bounty hunter’s helmet and the number three. The crew of The Mandalorian S3

Another shows more miniature embroideries with Grogu stitched on all of them, likely for crew members to take home when the movie is over. This is what they looked like. Ramirez added another picture of the crew, this one taken from above, inside the filming studio. This one shows more members of the costume department from the production. Mandalorian crew members in atheir crew uniform for an aerial photo. The crew of The Mandalorian S3

Finally, a piece of wood, painted to look like RD-2D, with signs of wear and tear. a piece of wood, painted to look like RD-2D

From the set of the Mandalorian, it’s not clear if only the costume department has their job done, or if the whole show is done. Still, it would give the series plenty of time to finish editing and make it out by the end of 2022, as planned. When Pedro Pascal’s Din Djarin returned Grogu to his people, the show was very much focused on that. Now that the show sounds like its drifting into a new chapter, it’s open to them and ready to meet new and familiar faces.

What Could Mando S3 Be About?

There are only two plot points that need to be worked out: Djarin no longer being a Mandalorian because he took off his helmet, and having the Dark Saber, which means he will lead Mandalore. Katee Sackhoff’s Bo-Katan return makes sense because she didn’t do a good job of running Mandalore to its glory.

Mando’s new ship was shown at the end of The Book of Boba Fett. The Mandalorian and Grogu took off for a new journey on their new ship in the finale. The show’s creators have also highlighted that they have a lot of ideas for what will happen in the next season, but there isn’t much to reveal about what will happen. During an interview with People magazine, Giancarlo Esposito talked about what he thinks will happen with the show’s future. He even said that there could be a fourth season.

“Because we live in a world that’s so big, we have a lot to learn about it. There will be more depth and breadth in Season 3 and Season 4, when you start to get answers. So I think this show is going to set the stage for that.”

Grogu didn’t play much of a role in any of the Mandoverse sequels, so there must be a huge turning point in Grogu’s development is S3. With Grogu now trekking to join Din in his missions, his lessons from Luke may play a part too. Grogu’s strong force is what is the main USP for his relationship with Din. Without Grogu by his side, it’d be pretty much a game over for Din with how S3 would begin. New foes now have learned the battle at Mos Espa, and this might be brutal for Din. Friends and foes from Star Wars Rebels and the Original Trilogy could still show up.

When Will The Show Premiere?

As long as Disney wants to keep the show going, hopefully season 3 can be the start of a new storyline for the show. After watching The Book of Boba Fett, we now know how the story ended. It may now be time for Mando and Grogu to start a new story with a new villain to battle it out against.

Not to mention the news that Christopher Lloyd will appear in a special guest role and that Moff Gideon, who stole the Dark Saber from Bo-Katan, will be back. So, seeing all these things come together makes this season of The Mandalorian look like it’s going to be the best yet. We don’t know when the third season of The Mandalorian will be out yet, but the rumor mill hasn’t slowed down. With the number of leaks coming from the Star Wars camp recently, we wouldn’t be surprised if they were true.

The Mandalorian first aired in November 2019.  The second season then premiered in October of 2020. It’s very likely that the third season of the show will premiere around Disney+ day, i.e., November 12 or even earlier.