Marvel Studios currently has a tonne of material to adapt for release over the next few years. And it is busy doing that since the Phase 4 slate looks jam-packed with record-high theatrical as well as streaming releases.

The blockbuster studio is always looking forward to expanding its slate for the future as well. Right now, a lot of their future releases include characters that have been recently acquired in Disney’s merger with 20th Century Fox Studios.

And out of all the characters now at Disney’s grasp, it is Ryan Reynolds’ Wade Wilson or Deadpool who has a lot of hype surrounding him.

Once the merger was complete, it was Ryan Reynolds’ foul-mouthed anti-hero who became the very first Fox-owned character to get the green light for his first solo movie in the MCU- Deadpool 3.

Finally, the Merc with a Mouth is now all set to join the MCU and bring his trademark fourth-wall-breaking and dirty humor to the MCU. Deadpool was the first movie that proved that R-rated superhero movies could indeed be super successful at the box office during his Fox tenure.

Ryan Reynold’s first two Deadpool movies under Fox shattered box office records and earned a combined $1.5 billion at the box office. Both the films are 2 of the top 3 top-earning R-rated films behind Joker by Todd Phillips. As such, due to this kind of financial and critical success, Disney obviously wanted to continue this journey.

The writing team for the third movie in the Deadpool franchise consists of the writers who wrote Bob’s Burgers. Right now, there isn’t a release date or even a timeframe for a release date. But Marvel’s top executive has recently said that the team is working hard to bring the third movie to life.

Kevin Feige Confirms That Deadpool 3 Is In Active Development 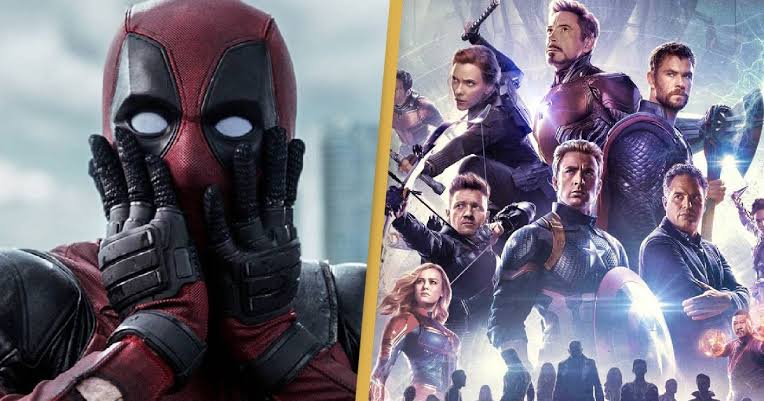 In an interview with ComicBook.com, Marvel Studios President Kevin Feige confirmed that Marvel has a timeline internally planned for the release of Deadpool 3.

The interviewer asked him if the team has a release window, and Feige confirmed that there was one. He also said that the script for the movie is currently being worked on.

Right now, the only film that’s coming from Fox’s list that has been confirmed completely to be in development is Jon Watts’ Fantastic Four. It was announced during Disney Investor Day 2020 that Marvel’s first family was coming to the MCU.

However, thanks to the overwhelming popularity of Ryan Reynolds’ Deadpool franchise, Marvel’s head honcho has finally openly confirmed that he and his team are indeed hard at work to deliver the next Deadpool movie.

Feige had previously stated that Disney will be keeping Deadpool 3 as R-rated as well. Apart from keeping the R-rating intact, fans want to see Deadpool interact with the other MCU characters.

But currently, it’s not confirmed if Wade Wilson will show up before his third solo movie in the MCU. However, this just goes on to show that Marvel wants to do his debut the right way.

As of now, Ryan Reynolds is working with Lizzie Molyneux-Loeglin and Wendy Molyneux on the script for the movie. He recently gave fans what they wanted to see- Deadpool interacting with other MCU characters. Reynolds did this by releasing a promo with Taika Waititi’s Korg to promote his movie, Free Guy.

However, when it comes to Deadpool, all anyone can do is wait for Reynolds to work with Marvel Studios to bring anti-hero foul-mouthed Wade Wilson into MCU’s canon narrative.