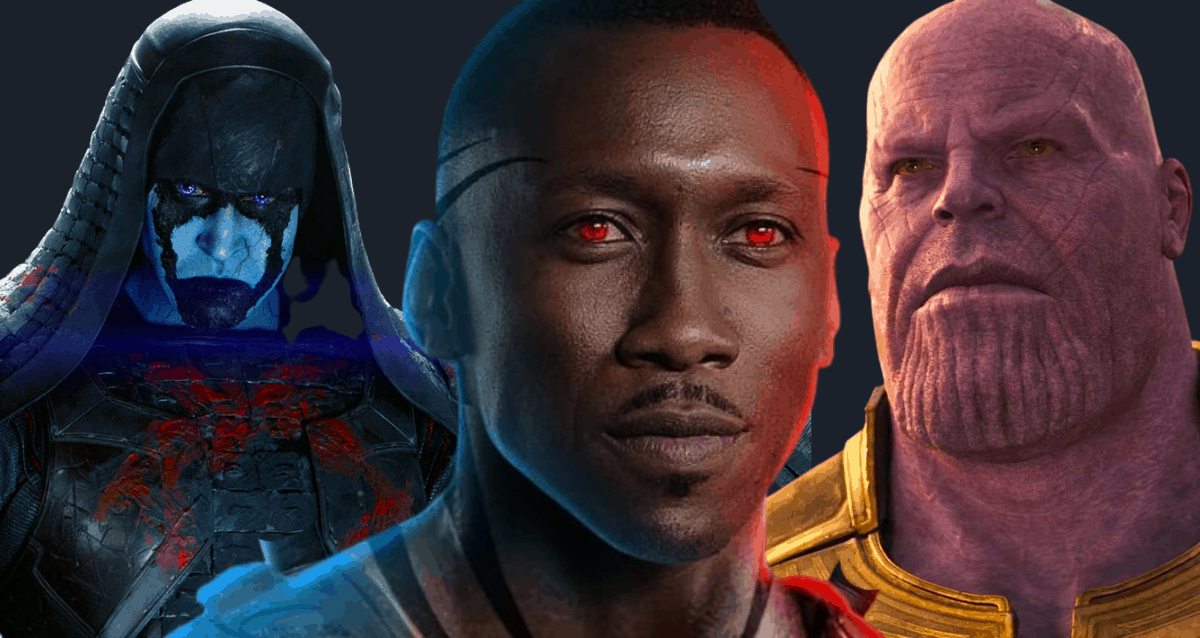 In episode 4 of the Disney+ series Loki, the MCU subtly confirmed that Blade will be one of its most powerful characters. Marvel fans will remember that during SDCC 2019, Marvel announced that Mahersala Ali will star as the half-vampire and half-human lead of the upcoming film.

The MCU movie will be a reboot of the Blade character, who was first played by Wesley Snipes in the 1998 movie of the same name. MCU was widely praised because they decided to cast Ali, who is an Oscar-winning actor.

But that’s not all. Fans who love Wesley Snipes’ portrayal won’t be disappointed. After all, Snipes himself supports this decision. Now, let us discuss the vampire lore of the MCU and how Loki confirmed that Blade is a powerful character.

Vampires Have Been Referenced Before In The MCU

The concept of vampires in the MCU isn’t new. Marvel had previously teased the existence of such creatures in Thor: Ragnarok. In the movie, Korg, played by director Taika Waititi himself, offers Thor a “big wooden fork.”

Now, the weapon seems fairly pointless. And Korg comments something interesting about it. He says that’s it’s not useful unless someone’s:

“fighting off three vampires that were huddled together.” 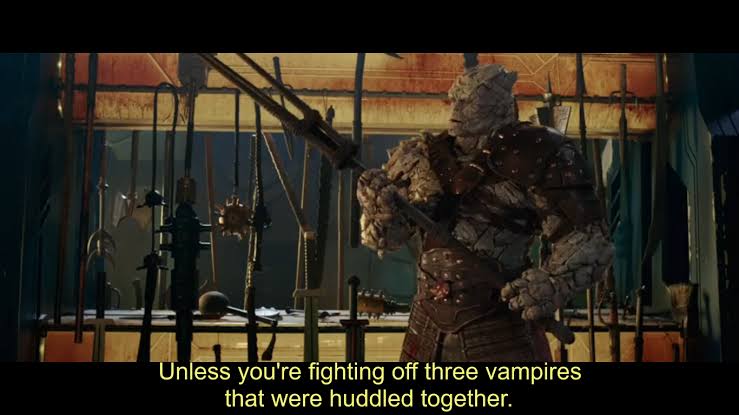 Vampires have been mentioned in Thor: Ragnarok

Obviously, this vampire line is totally a joke in the Thor: Ragnarok movie. At that time, it looked like it was an inside reference to Waititi’s well-known vampire-centric comedy called What We Do in the Shadows.

However, with the announcement of the Blade movie, this line seems like it’s a nod to the vampires who exist in the MCU. Loki’s episode 4 adds to this lore and also confirms that Blade is a powerful character. 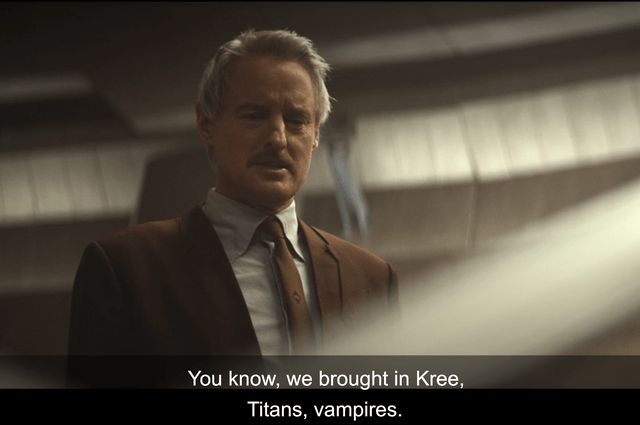 In the episode, the TVA or Time Variance Authority recaptures both Sophia Di Martino’s Lady Loki and Tom Hiddleston’s Loki. After that, they put the duo in separate holding cells.

Then, in a meeting with Ravonna Renslayer, played by Gugu Mbatha-Raw, Owen Wilson’s Mobius asks to be allowed to talk to Lady Loki. But he gets denied. After this, he makes a very interesting comment to Hunter B-15, played by Wunmi Mosaku while walking to the holding cell where Lady Loki is held. He says:

“You know, we brought in Kree, Titans, vampires. Why is it the two orphan demigods are such a pain in the ass?”

This is just a throwaway line for some, especially in the context of the episode. But it holds huge implications for the MCU.

The Line Indicates That Blade Is A Strong Being

Mahershala Ali will be MCU’s Blade

These alien races can also handle the infinity stones. Now, Josh Brolin’s Thanos is pretty much an outlier when it comes to those hailing from Titan, but he was strong enough to survive snapping his fingers with all the Infinity stones.

As for the Kree, Kree warlord Ronan the Accuser (Lee Pace) also did briefly hold the Power Stone with just his bare hands in the Guardians of the Galaxy. In the scene of Loki episode 4, Mobius is clearly talking about the most dangerous creatures he can think of.

And he clearly classifies vampires as being on par with the alien creatures and top of the list. Vampires are powerful in the MCU, but Blade is, even more, stronger than them. He can go out in the sunlight, and he’s also immune to vampire bites.

Along with this, Blade has agility, super strength, as well as healing powers. Basically, Blade has the vampire strengths while not being trapped by a lot of their weaknesses.

Also, apart from having superpowers, he is a skilled fighter and talented at swordplay. So by listing vampires alongside alien species like Titans and Kree, Mobius has hinted that Mahershala Ali’s Blade will be a force to reckon with in the MCU.

You can catch all the episodes of Loki season 1 on Disney+.

Check Out: 6 Questions Loki Episode 4 Asks About The Time-Keepers TVA And Renslayer