Marvel Studios Reportedly Bringing Werewolf by Night To The MCU 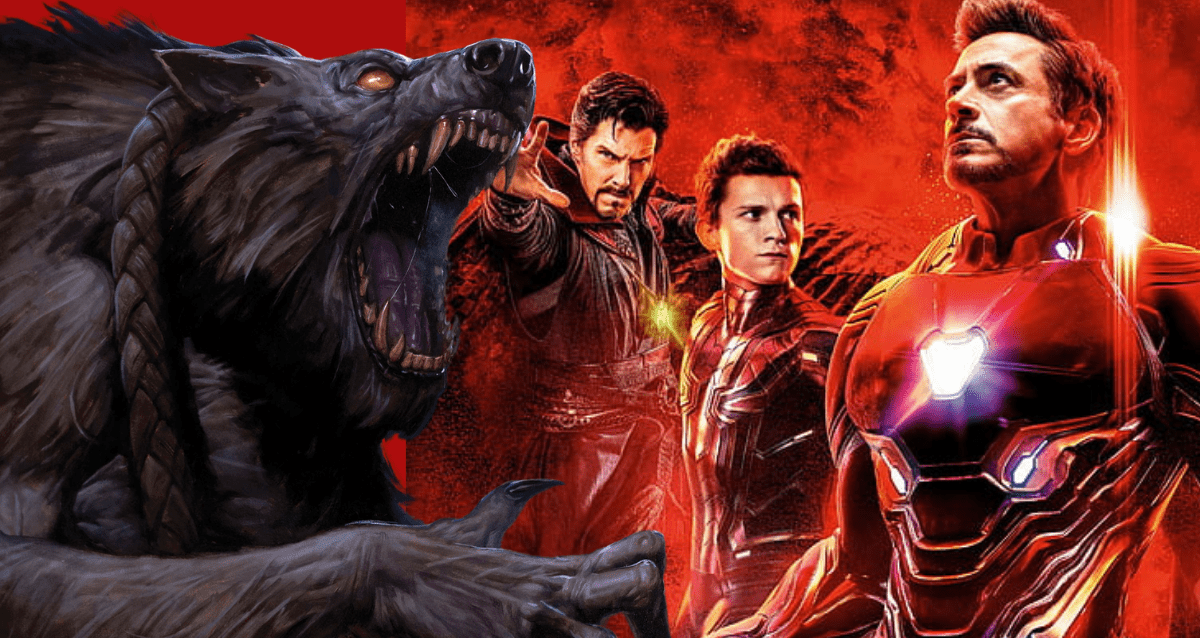 Marvel Studios is in its Phase 4 right now, and they have introduced the multiverse with Loki. Many fans believe that with this they have started setting up the next big Avengers: Endgame event. But before we arrive at the next Endgame, there’s some more setup that has to be done.

Not to mention the fact that the multiverse and how it works has to be explained properly to the viewers as well. So next up on Marvel Studios Phase 4 list is the animated series What If…?

Here we will get to see the events we have seen in the MCU. But they will be slightly altered. For example, instead of Steve Rogers, it’s Peggy Carter who will get the super-soldier serum. This little alteration makes for a whole new story As such, Marvel has already started exploring the malleability of the multiverse.

After all, technically, anything is possible in the multiverse. And so, Kevin Feige is looking to expand his arsenal by introducing more characters in the MCU. This is made possible as a result of MCU”s expanded movie release slate.

Not to mention the fact that Disney+ gives them more freedom to try out new concepts and execute never-before-seen ideas in the MCU. WandaVision and Loki are prime examples of this.

As such, now it looks like Feige is looking to dip his toe into the supernatural side of Marvel. So, Moon Knight is coming soon on Disney+ starring Oscar Issac as the titular character.

Who Will Moon Knight Face In His Solo Show? 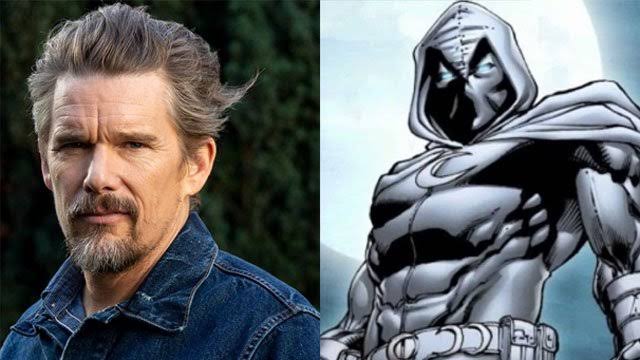 Ethan Hawke is in the Moon Knight series

The Moon Knight show is currently shooting in Budapest. As for plot details, no one has any idea about that. But fans do know that Issac will be accompanied by Ethan Hawke, who will be playing one of the villains in the show. However, it’s not clear which villain he will be playing from the set photos of the show.

Actually, this is one of the most secretive Disney+ projects. Know that there have been zero rumors about any specific big bad. And it’s difficult to pinpoint which villain Moon Knight might face in his solo adventure since the character has a very impressive rogues’ gallery in the comics.

Werewolf By Night In The MCU 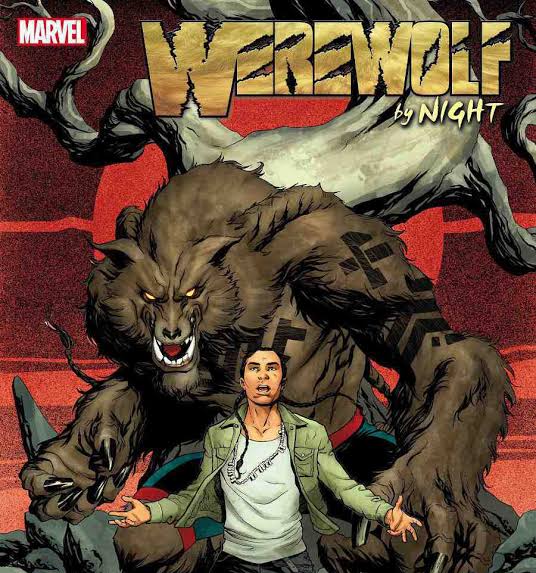 Note that Moon Knight isn’t the only show that will explore the supernatural side of Marvel. Filmmaker Kevin Smith has said on an episode of his FatMan Beyond show that previous Marvel TV head Jeph Loeb turned down Smith when he wanted to use Werewolf by Night in a Howard the Duck show.

This was when he was working on the show for Hulu. Intrigued? Read on then:

Smith said that he wanted to:

So when he was talking to Loeb about his idea of using Werewolf by Night, the ex-Marvel TV head shot him down. He said that “the movie division was using him.”

Here’s his entire quote on the matter:

“Two years ago when we announced, ‘Hey, we’re gonna be doing Masters of the Universe!’ which is now about to happen, we also announced ‘Hey, we’re gonna be doing Howard the Duck!’ over at Hulu, remember that? For a red hot minute, I was working on Howard the Duck, and before Dave [Willis, Aqua Teen Hunger Force co-creator] involved, when it was just me, Jeph Loeb was like ‘Hey man, I think you’d be good for Howard the f–king Duck.’ I reached out to Walter Flanagan from Comic Book Men and told him I’m gonna take a stab at all the f–king 70s characters. Walt was giving suggestions, and Werewolf By Night was absolutely on the list.”

He then went on to explain that:

“In my head, as I started building my season, I was like, ‘Alright. Episode 5. Werewolf by Night.’ The idea of our story was that Howard was trapped here, and he was trying to get pages of the Darkhold, which would allow him to go back. There’s Howard as I’m laying it out, and then I go into Jeph and told him what I wanted to do, and that’s when they said ‘You can’t use Werewolf by Night,’ and I asked why. They said the movie division was using him.”

Where Will Marvel’s Famous Werewolf Show Up?

Werewolf by Night might show up in Moon Knight

Kevin Smith is a huge comic book fan. His Masters of the Universe: Revelation show is currently streaming on Netflix, and apart from this, he has directed some of the best episodes of CWDC’s Arrowverse. Not to mention the fact that he has written comic books as well.

Basically, Smith is one of the biggest names in comics. So his quotes do hold weight, especially since Werewolf by Night is a key character of Marvel Comics’ history. As for the talk about Russell coming to the MCU, know that a couple of years ago, there were rumors that Marvel Studios was planning on bringing the popular werewolf into their cinematic universe.

How he was going to be brought in, and in what capacity, that was unknown previously. But since he has ties to Moon Knight so this werewolf may show up with Moon Knight himself. Also, we need to mention that the Moon Knight show was announced right at the time when the rumors about the werewolf showing up in the MCU were doing their rounds.

This seems even more plausible because Moon Knight originally debuted in the comic “Werewolf by Night #32” in 1975. So it seems only fair that Jack Russell would play an important role in the live-action Moon Knight series.

Also, it should be easy to incorporate werewolves into the Moon Knight series since Egyptian mythology plays a huge role in Marc Spector’s origin story. So, Marvel shouldn’t face much trouble finding a supernatural entry point for Jack Russell.

As we said before, there have been no rumors about the plot or story details of Moon Knight. So for now, everything is under wraps for Oscar Isaac’s Disney+ solo series. As such, we will have to wait to find out if Marvel’s famous werewolf will show up alongside the mystic anti-hero.

Nonetheless, this rumor is thrilling. However, even if he doesn’t show up in Moon Knight, Marvel will surely bring him to a future show or movie. After all, with the multiverse opening up, a variety of never-before-seen characters will soon start showing up in the MCU.
Moon Knight is currently filming. It will release on Disney+ in 2022.