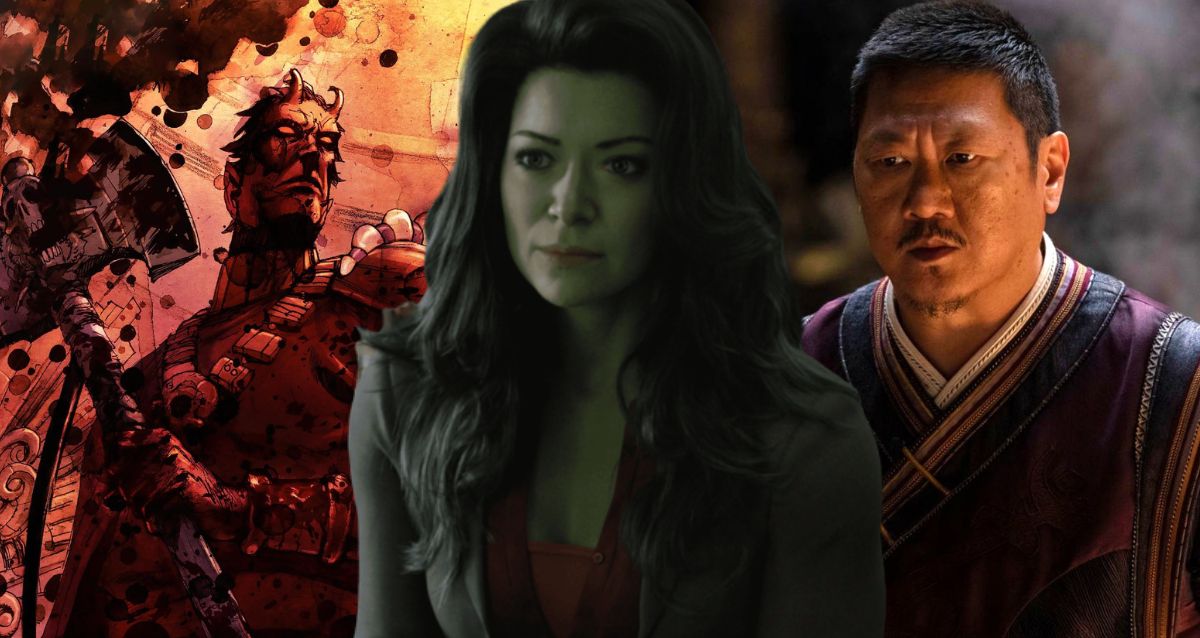 She-Hulk episode 4 is out and we might have seen a good glimpse of hell in it. This episode was a lot about sorcerers and the license of using magic. Donny Blaze, as was suspended from the school of mystic arts has no right to use the limited knowledge of magic. Wong warned that it might collapse the reality and open gates to dangerous realms.

And that is exactly what happened, as Donny opened a portal to the hell realm, which was anticipated to be of Mephisto’s world. But after some digging, we should know that Mephisto is still not making his entrance to MCU. Perhaps, Marvel has some greater plans for him.

Instead, as we saw Madisynn coming out of a ring-like portal, which only a sorcerer can access with a sling ring. Hence, it is sure that there was someone on that dangerous realm of goblins and talking goats, who knows sorcery.

And in MCU, the most powerful sorcerer lives in the Limbo, the hell world, who goes by the name Belasco. We just got a glimpse of that hell portal for few seconds, but it clearly seemed like that of Belasco’s Limbo in comics. Belasco is a sorcerer from the 13th century in Italy. He was the true master of mystic arts in his time. But he decided to impose the knowledge of black arts and alchemy to connect with higher gods, especially demons from the other worlds.

Belasco agreed to a pact that those demons or extradimensional entities should be allowed to enter his dimension through a pentagonal arrangement embedded with bloodstones. In exchange, Belasco was granted immortality and infinite amount of mystical strength. He has his own demonic appearance in Limbo, who intends to start a race of demons on Earth.

Clarity To Involvement Of Wong

Now it adds clarity why Madisynn was dropped off at Wong’s place through a magic portal. There was a mystery about it since the episode aired. But, not anymore! Belasco can sense and keeps a tab on all the sorcerers across the universe. As Wong is the sorcerer supreme at the moment, it is evident that Belasco knows about him.

When Donny Blaze was joking around with the mystic arts, Belasco must have intended to direct this incident to Wong and to let him handle this situation.

We definitely want to see more characters from comics being introduced to Marvel Cinematic Universe. But, we can bet that Marvel is currently willing to just tease us with these easter eggs.