The life of billionaire Tony Stark turns upside down when a group of terrorists kidnaps him. He develops an Iron Armor suit to escape. But fate has other plans for him, as enmity grows in those once familiar to him. 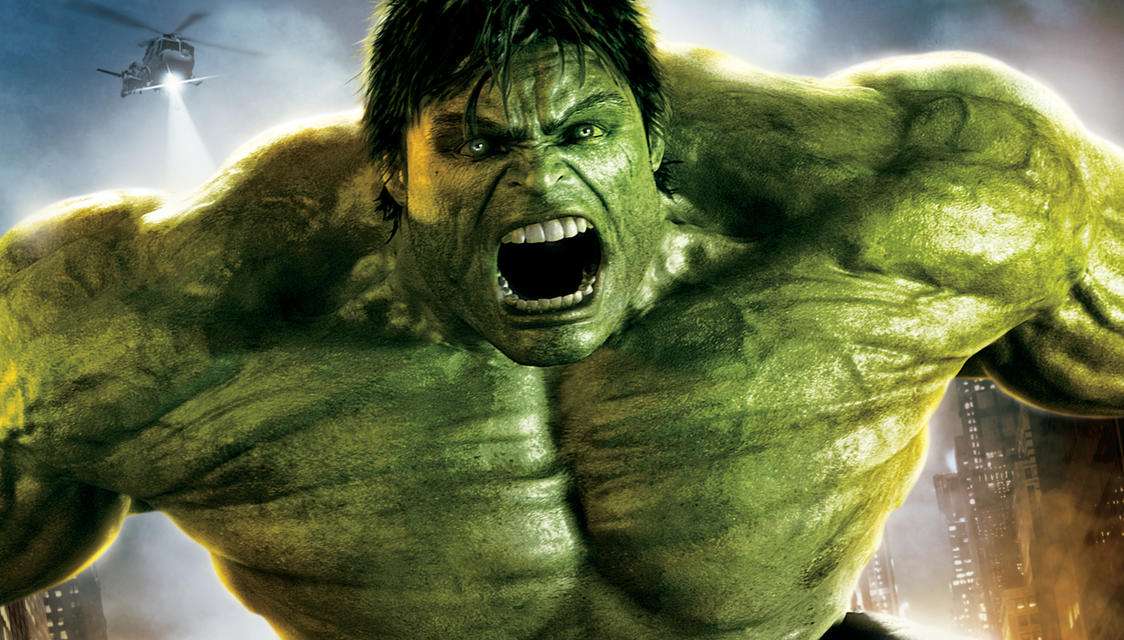 An experiment that went wrong led to Dr. Bruce Banner being exposed to lethal gamma-radiations. But instead of dying, he turns into a raging-green monster. Things take a turn when he decides to embrace his new identity while others try to exploit it.

Tony Stark is Iron Man. Everybody knows. So does the enemy. And a race begins to copy Stark’s technology for personal and nefarious reasons. With Rhodey (As War Machine) at his side, Tony now faces two new challenges – The Whiplash and HAMMER Industries.

The Asgardian lore comes alive. Thor Odinson, the God of Thunder, is banished from Asgard for his arrogance and is sent to Midgard (Earth). There Thor meets Jane, Selvig, and Darcy and faces the ploys of his step-brother Loki.

It’s World War II, and amidst all chaos, the patriotic - Steve Rogers, volunteers for a super-soldier experiment and acquires the mantle of Captain America. He finally decides to break the strings and confronts the evil organization HYDRA and Red Skull. 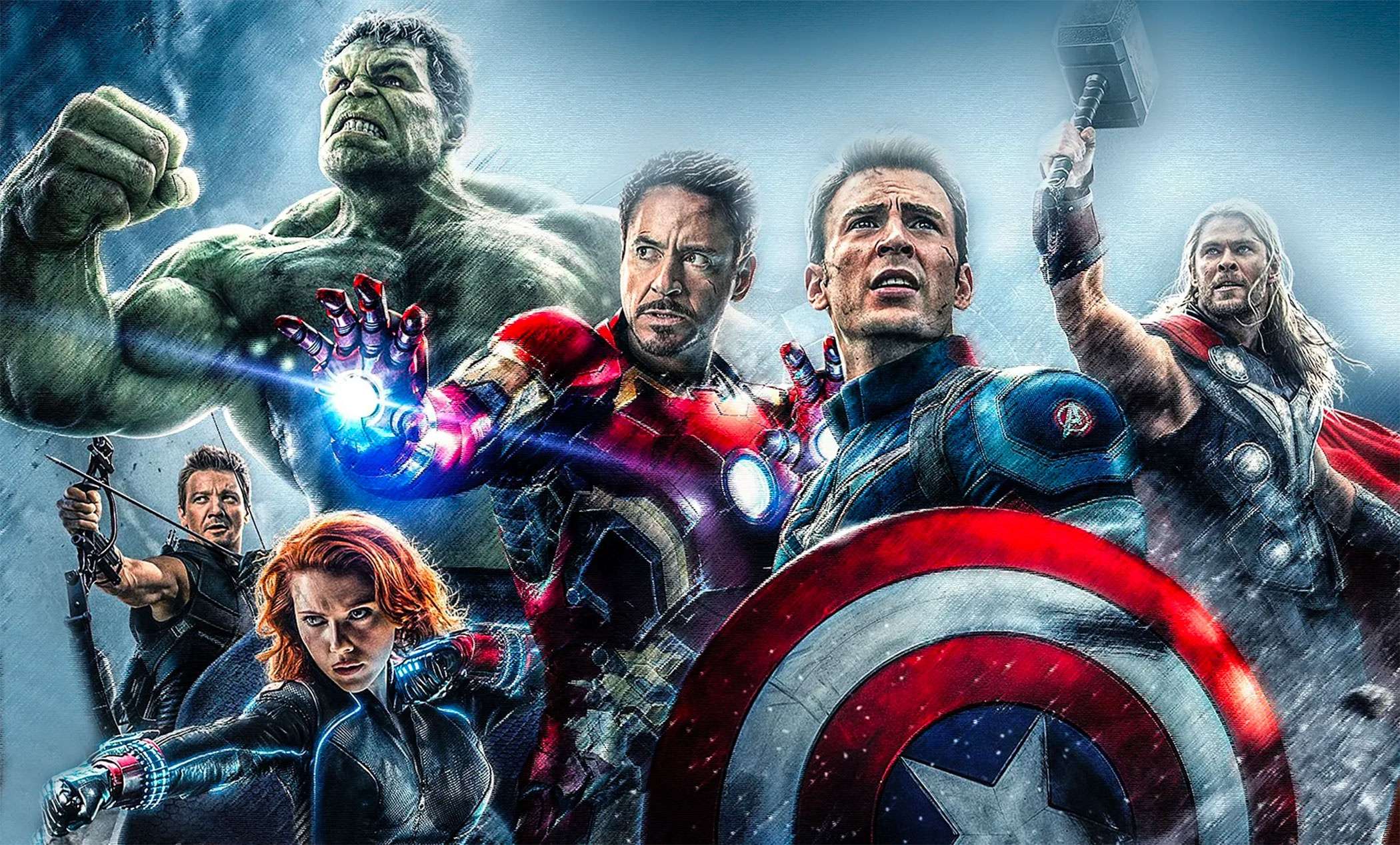 Nick Fury, the director of SHIELD, decides to band together a team of Superheroes (the Avengers) when an extra-terrestrial threat Loki attempts to slave all of earth’s civilization. It sees Thor, Captain America, Hulk, Black Widow, Hawkeye, and Iron Man fight for Earth’s survival.

Post the events of Avengers, Tony Stark is suffering from PTSD. As he struggles to keep himself sane, some past demons come back to haunt him and he faces his most formidable foe yet – The Mandarin.

A long-lost friend returns with new threats, as Captain America is left to question his loyalties, trust, and duty while adapting to the complexities of a contemporary world. He is aided by his superhero friends – Sam Wilson and Natasha Romanoff.

Guardians of the Galaxy

A group of misfits band together to face the fanatical Kree warrior – Ronan, the Accuser. An intergalactic adventure begins where the entire universe’s fate is at stake, while the one pulling strings hides in the shadows.

Tony Stark is ambitious to protect the world, but things get out of hand when one of his technologies goes rogue. It attempts to reforge the planet at its will, and the Avengers return to confront the sentient being. Another big face-off begins, with two new players in town.

Scott Lang, a master thief gets his hands on a futuristic technology of Dr. Hank Pym. This leads him to become the Ant-Man having the ability to shrink or enlarge at will. Soon enough, Hank’s pupil Darren Cross develops this technology too, and now it’s up to Scott to stop him. 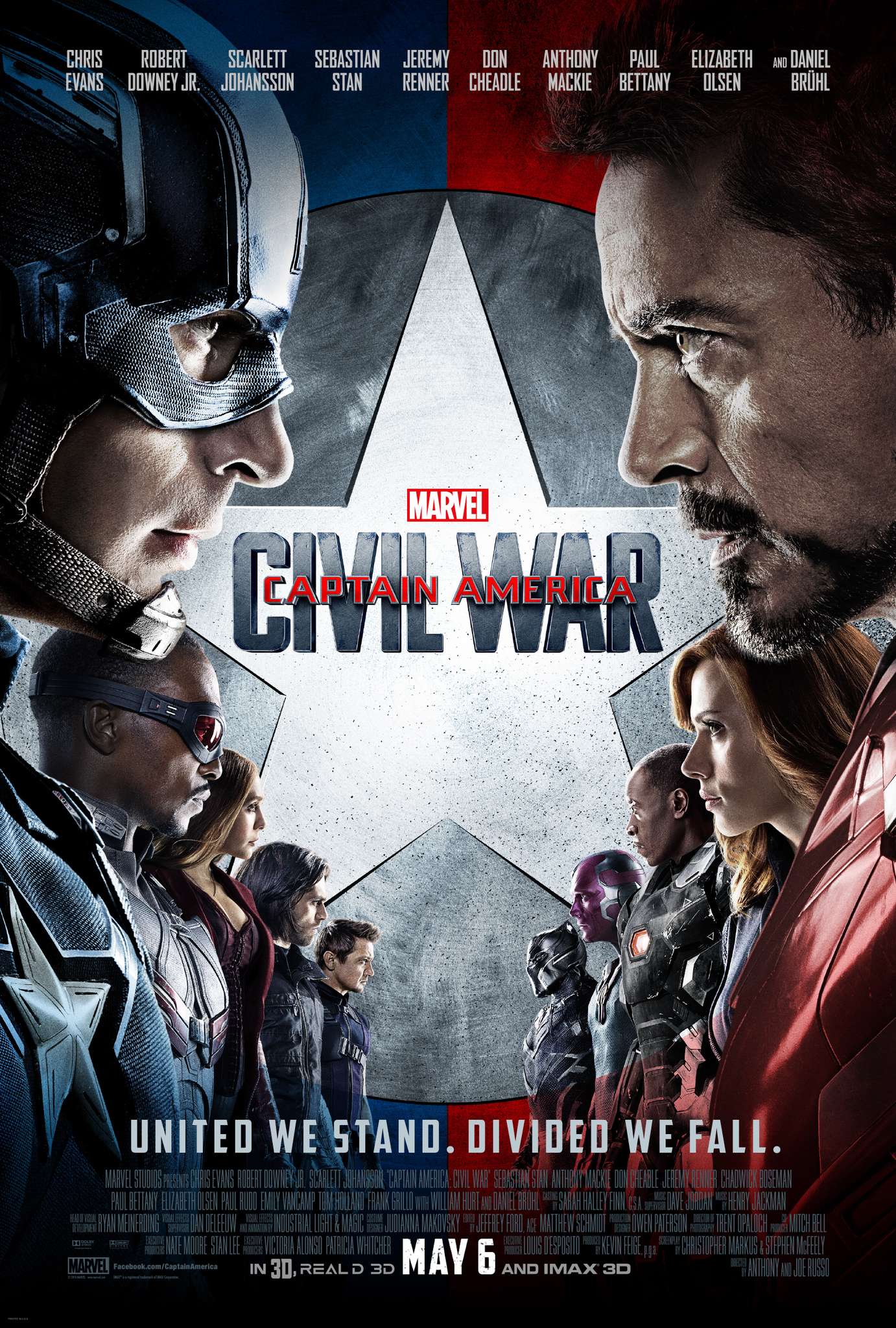 After a mishap, the government decides to rein down the Earth’s Mightiest Heroes. They bring forth the Sokovia Accords. A rift develops among the Avengers as differing ideologies clash. This leads them to face off against each other, while another mastermind awaits.

A brilliant, billionaire neurosurgeon loses everything following a terrible car crash. The search for his cure brings him to the fore of the mystical world of Sorcerers of Kamar-Taj. His first challenge is defeating the wicked Kaecilius and Dormammu.

Guardians of the Galaxy Vol. 2

Star-Lord meets Ego, a man claiming to be his father. The galactic defenders regroup as the real plans of Ego surface, threatening the lives on every planet there is.

In the first solo adventure of the neighborhood Spider-Man (Peter Parker), sees himself going against another foe – the Vulture. The movie follows a High-School kid as he struggles to balance his personal life and superhero life. 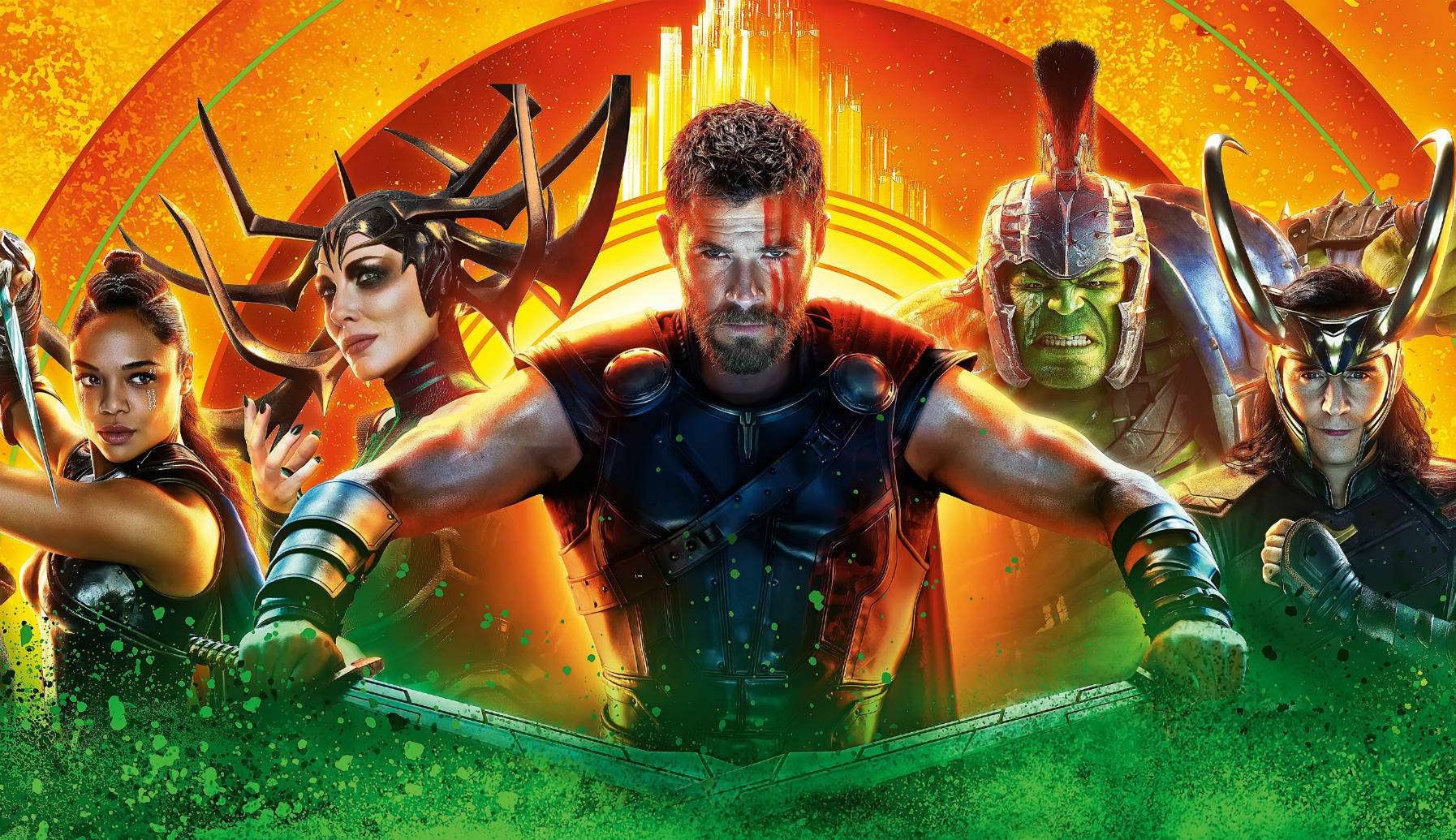 With his might Hammer no longer at his side, Thor is left to battle his evil sister – Hela. He learns to make some tough choices along the way. But tables turn as he had to face someone, he never thought he ever will – his friend, Hulk.

Following the demise of his father, T’Challa acquires the mantle of Black Panther – the protector of the kingdom of Wakanda and its secrets. However soon enough, another worthy challenger of the throne arrives, questioning the very ways and traditions of Wakanda. 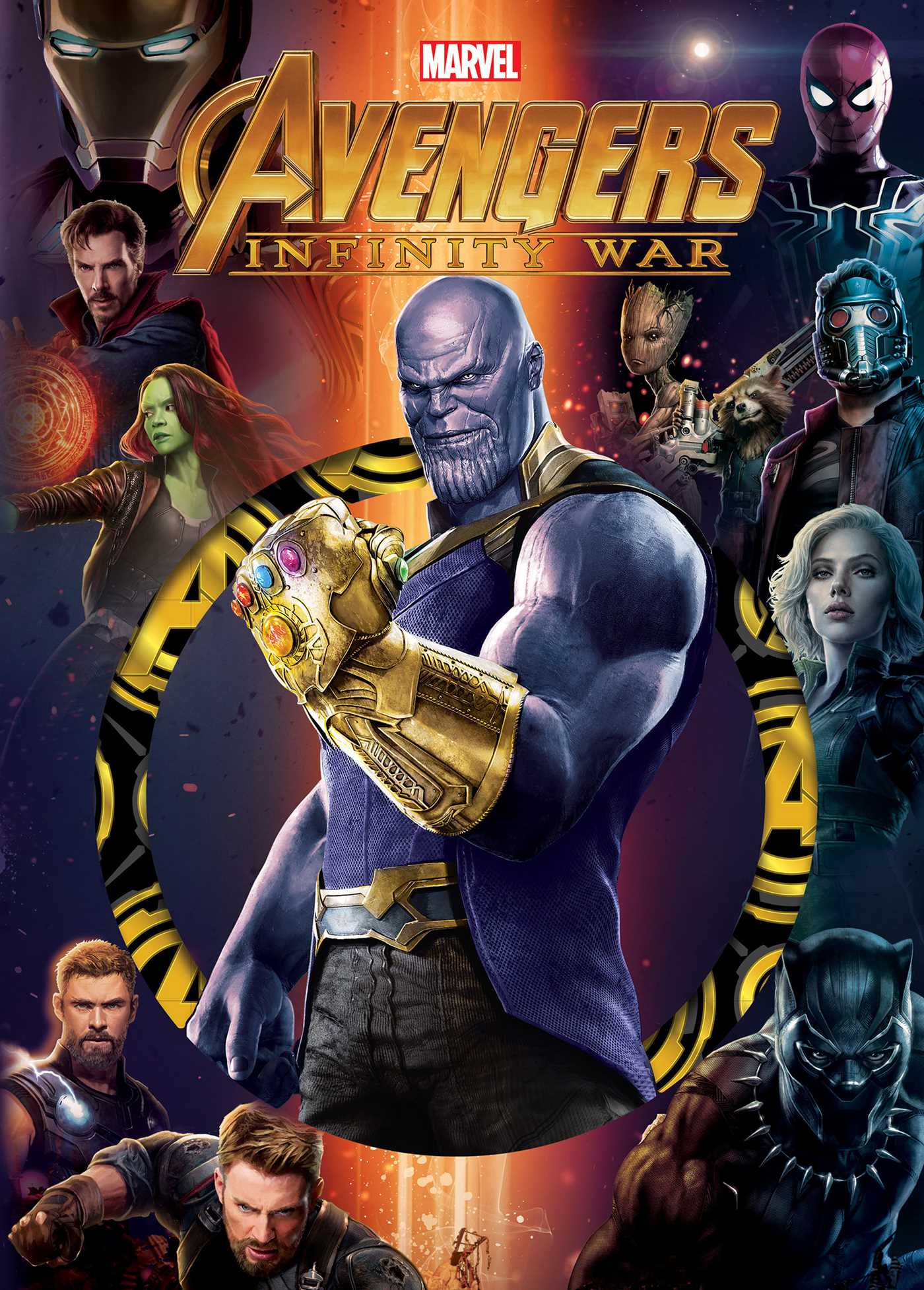 A mad titan – Thanos sets on a quest to collect the six powerful Infinity Stones because he dreams to bring balance to the universe by eliminating half of its population. Now it is up to the Earth Mightiest Heroes to face their most powerful enemy and stop him from fulfilling his wish.

Ant-Man and the Wasp

Despite being under house arrest, Scott Lang and Wasp, attempt to help Dr. Hank Pym in bringing back his wife from the quantum realm. In the midst of all this, another threat, called Ghost, attempts to obtain Pym’s quantum technology for personal reasons.

An intergalactic Kree warrior, Captain Marvel, sets out to prove her mantle in the middle of a war between two alien races. She soon faces many hidden truths of her time on Earth as Carol Danvers and realizes that nothing is really what she believes.

After Thanos succeeds in his quest and half of the universe is disintegrated, the lost and broken Avengers must reunite to undo what has happened and avenge the universe. A colossal battle awaits the heroes and some very hard sacrifices are made.

After losing Tony Stark, Peter Parker decides to take a break from the superhero business. Soon enough, he finds himself facing the four Elemental interdimensional beings on his high school Venice trip. A saviour from another dimension – Mysterio, comes to his aid until Peter learns the truth.

The series follows Wanda and her life as she lives a happy suburban life with her husband Vision and two children. All is going well until Vision realizes that everything is not exactly what it seems, and only Wanda knows the truth.

The Falcon and the Winter Soldier (6 Ep. Series)

The series follows Sam Wilson as he struggles to prove to himself whether he is worthy enough for the mantle called Captain America. He is joined by his buddy Bucky Barnes, as a changed post-Blip world begins to question the existing world order.

The series follows a Loki variant as he escapes from the Avengers tower. He then finds himself in an alternate dimension, where TVA controls the flow of the timeline. New friends and enemies are made as a new interdimensional adventure begins. 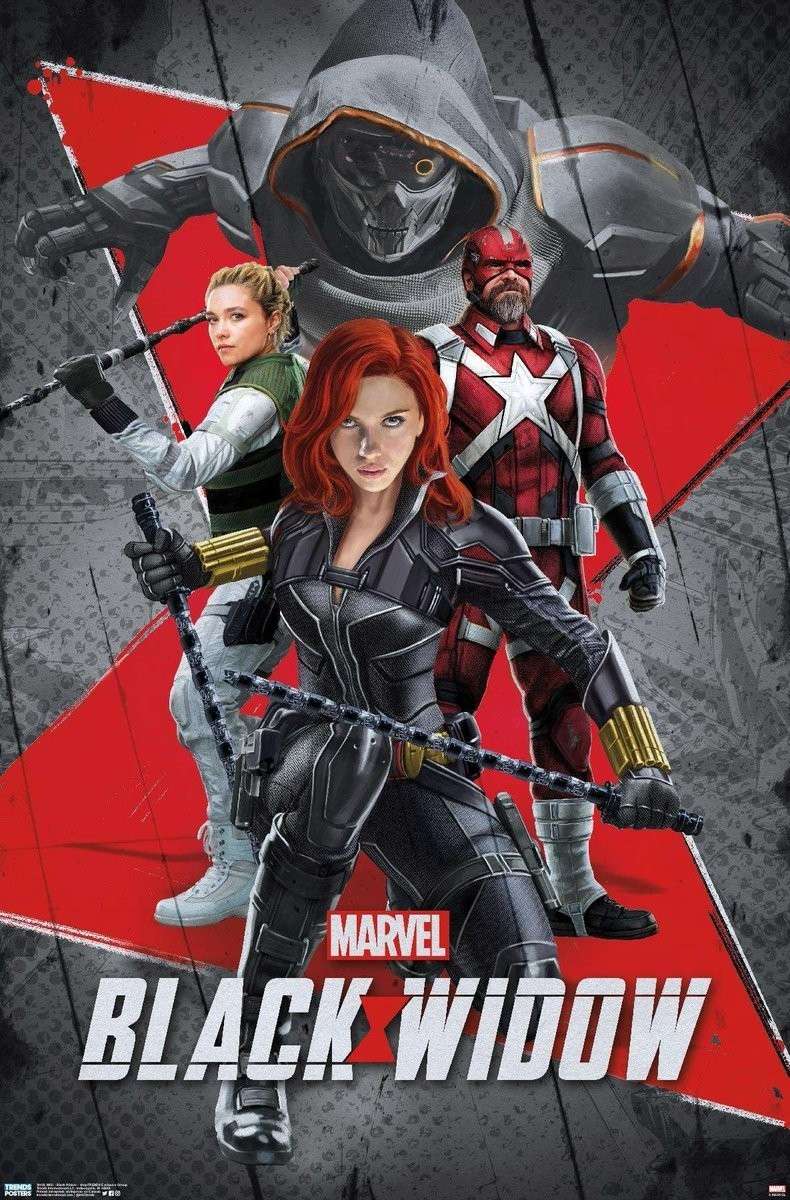 Natasha Romanoff confronting her dark past, and moving past old grudges and animosities as fresh new threats loom over her legacy.

MCU’s first animated nine-episode series, questions the many possibilities across the multiverse. It attempts to showcase how some noteworthy events may have unfolded if characters had made different choices than what they did in reality.

Shang-Chi and the Legend of the Ten Rings

Shang-Chi, living in San Francisco, is suddenly attacked by a criminal organization called Ten Rings. This leads Shang Chi to revisit his hometown along with his friend Katy. There he learns the mystical ways from his aunt until he comes face-to-face with his father Xu Wenwu aka the Mandarin.

Centuries ago, a race of immortal beings called Eternals arrive on earth, and help humans in their development but swear to never interfere in their matters, until it involves their enemy called Deviants. An adventure spanning centuries begin, as Eternals finally start to question the purpose of their very own existence.

The series follows Kate Bishop as she attempts to avoid becoming a target in a mafia war, while somewhere else Clint Barton (aka Hawkeye) tries to live calm family life on Christmas. The things turn brutal and unwillingly Clint has to team up with Kate, who sees him as her idol.

Peter is Spiderman, the world knows. A troubled Peter Parker then goes to Doctor Strange to undo this. Peter’s unintentional interruptions lead to the spell going wrong and various multiversal threats arrive. Now it comes to Peter to correct his mistakes and accept his fate as a superhero.

The series follows Steven Grant who is unknowingly caught amidst the war of Egyptian Gods. Uncovering the hidden mysteries and truths, not only he learns about them but also about his own other personalities – Marc Spectre and Moon Knight.

Doctor Strange meets a teenage girl – America Chavez, who claims to be from another universe and is under threat. Together, they both set on a multiversal adventure against Wanda (Scarlet Witch) who is adamant about finding her children across various universes at all costs.

The series tells the tale of Kamala Khan, a Pakistani teenager and a fan of Captain Marvel. She has loyal friends and a very charming family to support her in everything until an ancient heirloom grants her powers and puts her in the middle of a decade-long mysterious battle.

Thor embarks on a self-discovery journey after having lost almost everything. But his retirement does not last long as he now has to face an even bigger threat, Gorr – an evil being who has sworn to kill every god of the universe.

The series follows the life of an attorney Jennifer Walters. Jen is doing good until she gets into a car accident with her cousin – Bruce Banner. His blood gets mixed with Jen’s and she finds herself becoming a 6’7” green giant called – She-Hulk. And everything changes in her life.