By Abraham George
May 1,2022
[sharethis-inline-buttons] 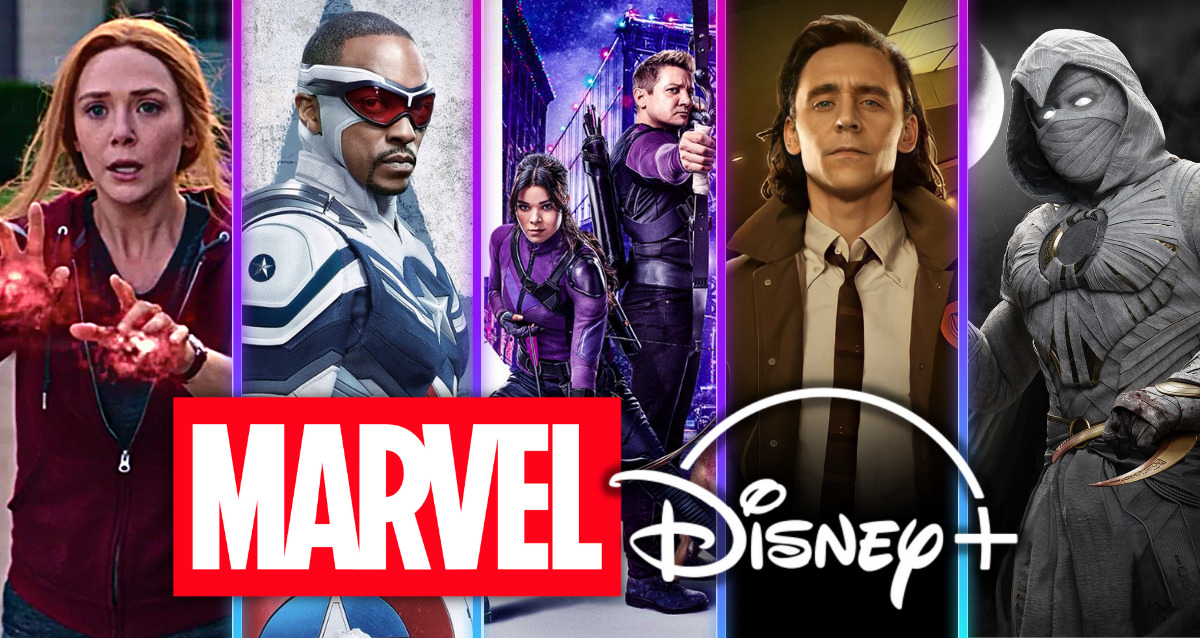 For the last year, Marvel has been riding high because of how well its streaming service has done. WandaVision was the first MCU movie to be shown on Disney+ last winter, and it hasn’t looked back since. With Loki and Hawkeye among them, there have been six streaming shows in the franchise since then. Most recent was Moon Knight. The move from the big screen to the small screen didn’t seem to be working out for many people. It looks like Marvel Studios has done a great job moving to the streaming world.

There will be no going back to the old strategy any time soon. A lot of new Disney+ shows are coming in 2022 and beyond, and these shows seem to be becoming more important to the whole MCU. With their Star Wars counterparts, these TV shows have become some of the most popular and have already won a few awards from different groups.

But not everything is as it should be, as some new data shows that Marvel may not be having the effect on Disney+ that the company had hoped. Analytic firm Parrot Analytics has released new data that shows that the Marvel Disney+ shows have been huge hits, but they haven’t done very well at getting people to sign up for the service. The data showed that while most of the MCU streaming shows like Moon Knight and Loki have similar growth rates week to week, they don’t seem to be making as big of an impact on getting new people to join Disney+.

Current Faring Of The MCU Shows

Moon Knight is doing better than Loki and Hawkeye, but behind WandaVision and The Falcon and the Winter Soldier when it comes to demand at the same point in time after it came out.

The Falcon and the Winter Soldier, Loki, What If…? and the recent success with Moon Knight were all part of Marvel’s Phase 4. So far, it’s been a huge hit. The MCU’s streaming shows have given many supporting characters who didn’t get enough attention in the movies a chance to be fully explored. It also showed Marvel’s desire to try new things with the genre, as well as setting up Phase 4’s multiverse in a big way.

It was bound to have some flaws, though, and each show was criticized. At times, that criticism came down to Covid-19 having to make some quick changes to the narrative that showed. At other times, the unique genre concepts turned into typical Marvel smash-ups in the finale, or people thought that the relationships with the series protagonist should have worked out in a different way. Some of those criticisms are true, but others are just personal preferences that don’t have anything to do with real problems.

There are a lot of pacing issues in all three of the live-action MCU shows, though. Getting the pacing right before the next wave of shows comes out on Disney+ is a big job for Marvel. There were some shows on WandaVision where the episodes were so short that it felt like they had just begun before the end credits started. Because Falcon & Winter Soldier was a drama instead of a sitcom, the show’s episodes were longer than those of WandaVision.

But it had a lot of plot and complicated themes in just six episodes. Some storylines were dropped for a time or completely, and some felt rushed. Loki was the best of the three shows when it came to this, but even it had problems. It had a lot of different episode lengths, which made it hard to get into the storytelling rhythm that episodic TV shows need and that viewers want.

The Disney+ shows were not as risky as some thought they were before they came out. In both big and small movies, Marvel is still there. And Marvel’s brand is almost bulletproof, so it doesn’t matter which movie you see. But, in some ways, the first few shows were a risk in terms of how they were made. At the very least, they tried new things, with no three-act structure and no commercial breaks to separate the story lines and make story barriers and rails. This is something Marvel should know by now: how to pace a story that is broken up into episodes. If it doesn’t, the pacing problems that have plagued the first three Disney+ shows will continue through MCU Phase 4. This is because the first three shows have been very slow. Current Demand Forecasting chart indicates the demand for the show from Parrot Analytics.

There isn’t much going around, but this data is very interesting. There are a lot of people who watch the MCU shows on the platform. Disney+’s existing members and Marvel fans are raving about the Marvel shows, but they haven’t done anything to bring in new customers or boost the subscriber base; Parrot Analytics claims.

Despite its initial focus on families, Disney+ has recently showed hints of broadening its popularity. After adding more explicit content, such as the old Netflix Marvel series, Netflix changed its parental settings. According to Parrot Analytics, “Moon Knight” outranks “Loki” and “Hawkeye” in popularity just 25 days after their debuts on Disney+. WandaVision and “The Falcon and the Winter Soldier” are both behind it at this stage in the rankings.

When these companies see this, they’ll have to change their strategy for getting more people to come see their shows. The company isn’t going to do a lot of different things; but it could mean that they try more things with the service; in an effort to get more people to use it. Because there are still a lot of people who use the service; though, the company is going to keep going with names like Moon Might and make changes on the edges.