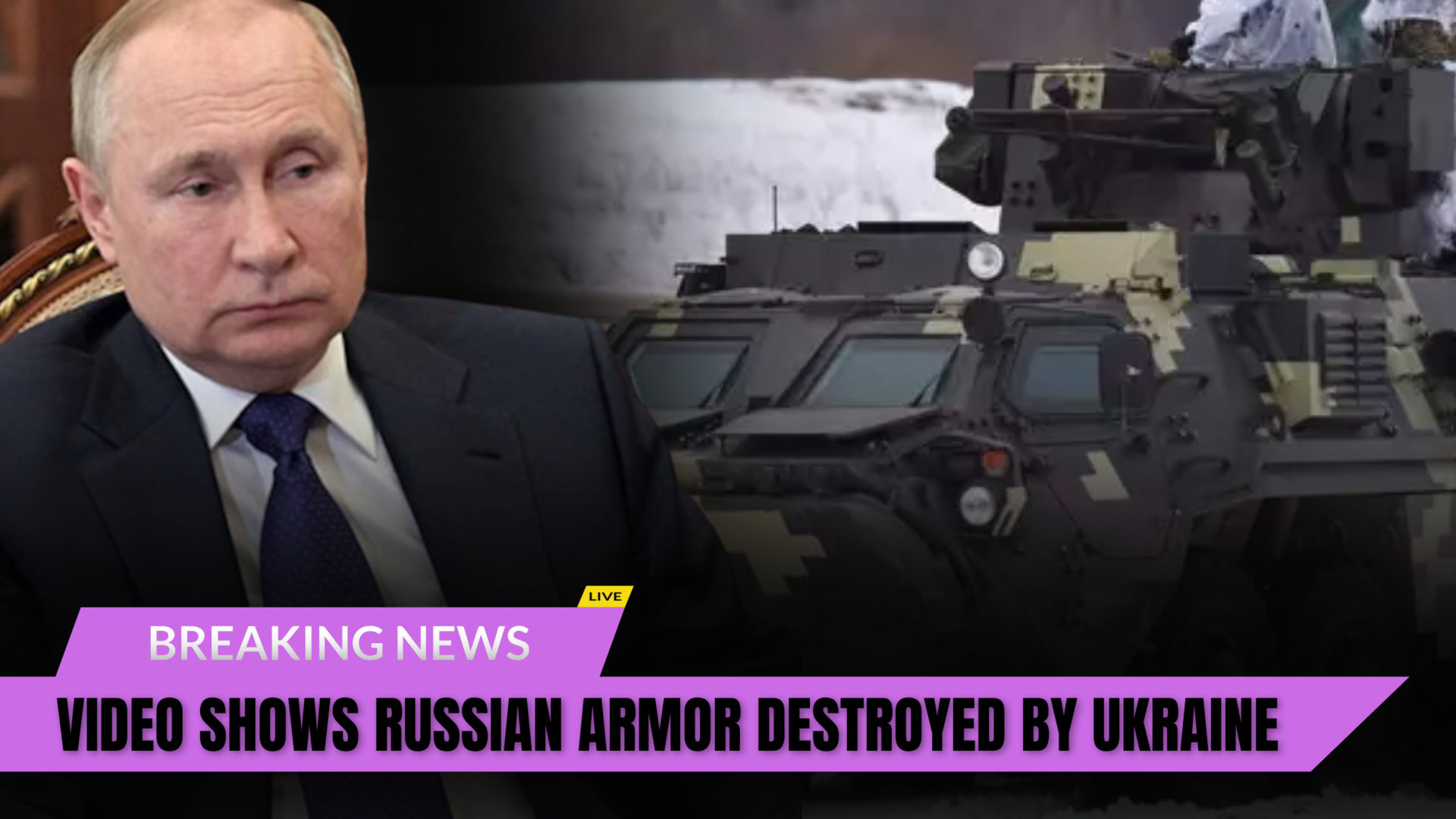 An online video shows a Ukrainian amphibious vehicle taking down one piece of Russian armor and destroying another near the Ukrainian port city of Mariupol, which is under siege by Russian forces.

It was posted on Twitter by a Twitter account that tracks weapons used in the conflict between Ukraine and Russia. In the video, the Ukrainian BTR-4 can be seen damaging a Russian T-72B3M tank and destroying a BRM-1K armored car. A wheeled armored personal carrier called “Bucephalus” was made in Ukraine and first came out in 2008. The Ukrainian BTR-4 is an 8×8 wheeled armored personal carrier. The BTR-4 can be used as an armored vehicle for infantry units or as a fire support vehicle in battle. It has a 30mm mounted gun on its roof that can be fired from afar. 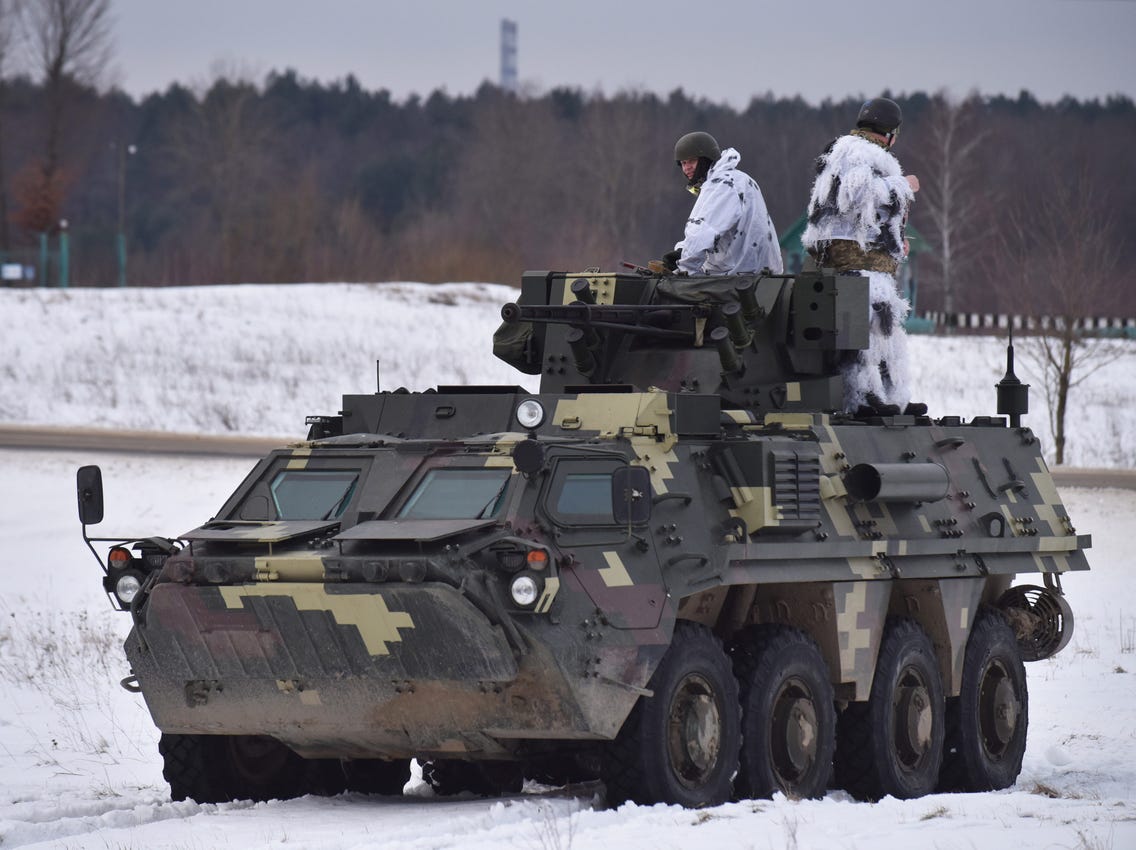 Picture of A Russian Vehicle seen moving across snow in parts of Russia’s civil base.

The T-72B3M is a tank used by both Russia and Belarus. It was first used in 2014 as an upgraded version of the T-72B3 battle tank, which was first used in 2013. In the Soviet Union, the BRM-1K was an armored reconnaissance vehicle. Most of the time, it is used for self-defense.

Even though Russia has a lot more military power than Ukraine does, the country is trying to fight back as best it can. Russian forces haven’t been able to get into Ukraine’s capital city, Kyiv, since they started their attack on February 24. They look like they’re trying to surround it. 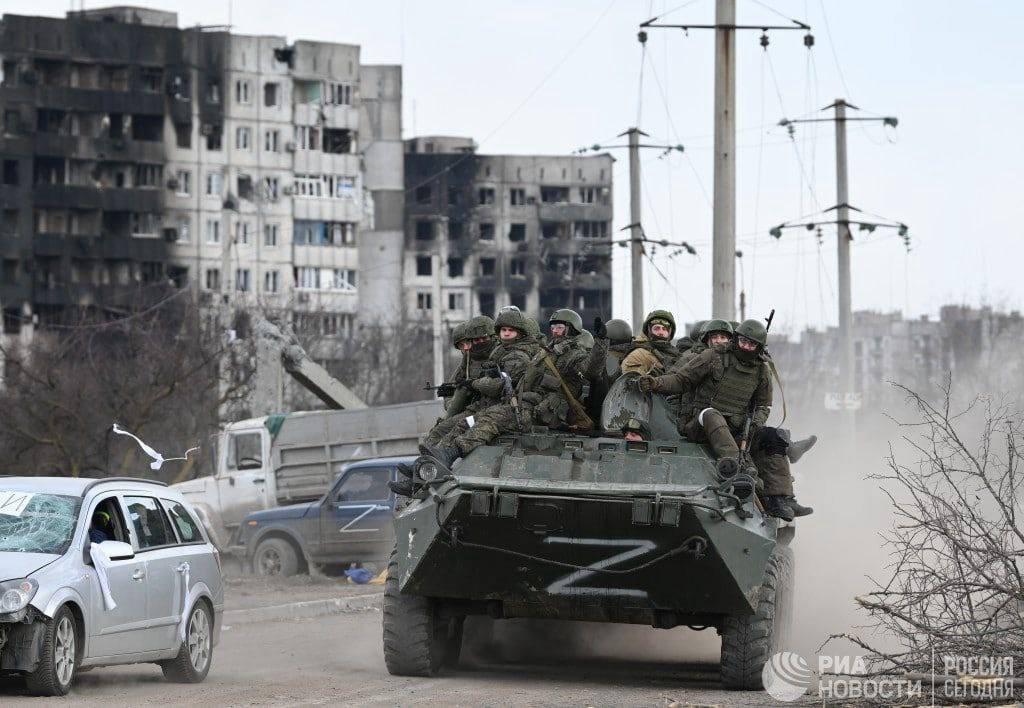 Russian armor on the streets of Mariupol after the heavy fighting

People who know about the situation say they can’t say for sure where or when the combat video was shot. It was shot during Russia’s heavy bombardment of Mariupol, which forced people to dig mass graves. According to the city council of Mariupol, 2,187 people have been killed since Russia invaded, Al Jazeera said. As well as a maternity hospital being bombed, Russians have surrounded the city and cut off its water, electricity, and heat sources. Food and water are also running low, and some people are draining their radiators for water, the BBC says.

“Twenty-two bombs have been dropped on the city in the last 24 hours. Over 100 bombs have been thrown at Mariupol already, and more are on the way” Mariupol’s city council said in an online statement.