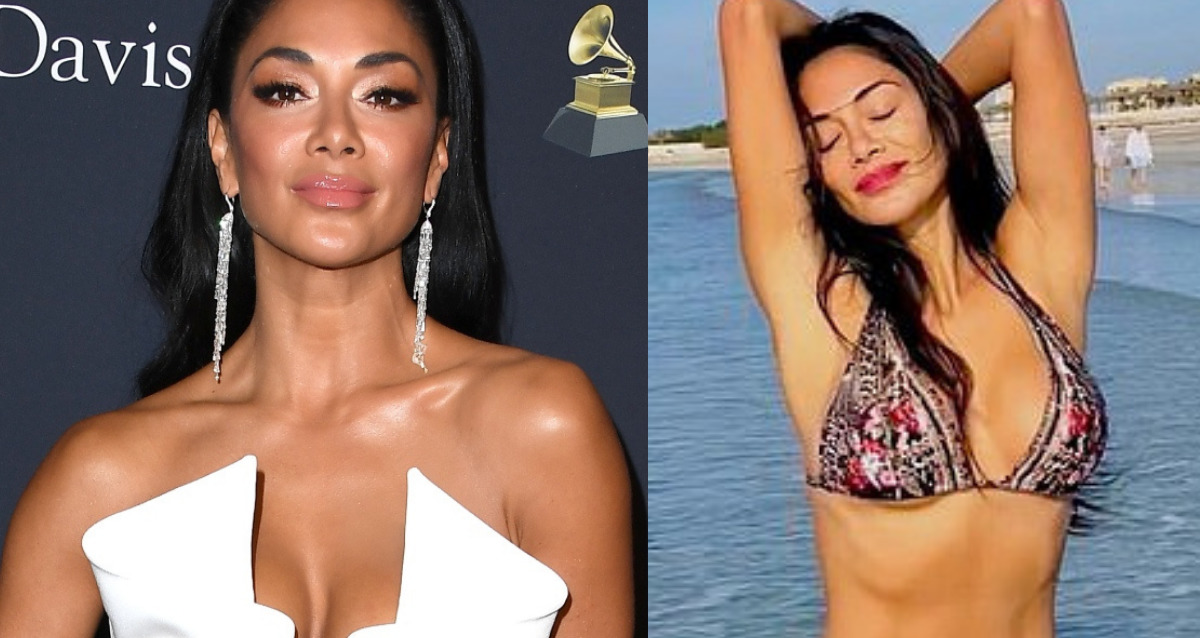 Nicole Scherzinger raised the temperature with a new Instagram photo on Wednesday, reminiscing about her recent trip to the United Arab Emirates.

The Pussycat Dolls actress visited the Emirate of Ras Al Khaimah in December for the Eva Longoria-hosted Global Citizen Forum, and she was in a reflective mood as she shared photos from her working vacation with her followers. Adding captions to a sequence of beach photographs. ‘Good days on my mind,’ she wrote. 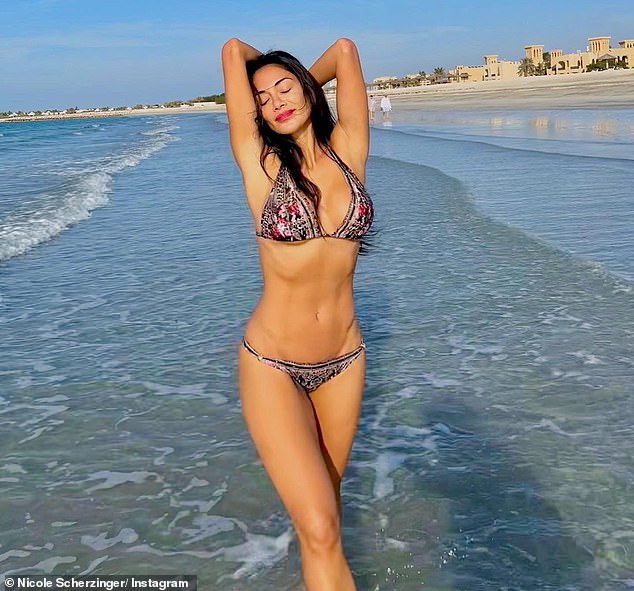 In the photos, the celebrity showed off her lean form, with her incredibly flat stomach on display as she stood near the shoreline. Nicole posed like a pro as the waves softly lapped the golden sand behind her, with the singer closing her eyes in one snap as she basked in the sun. The singer put on a dazzling show, using a lot of make-up to accentuate her attractive facial features, including a dramatic red lip. 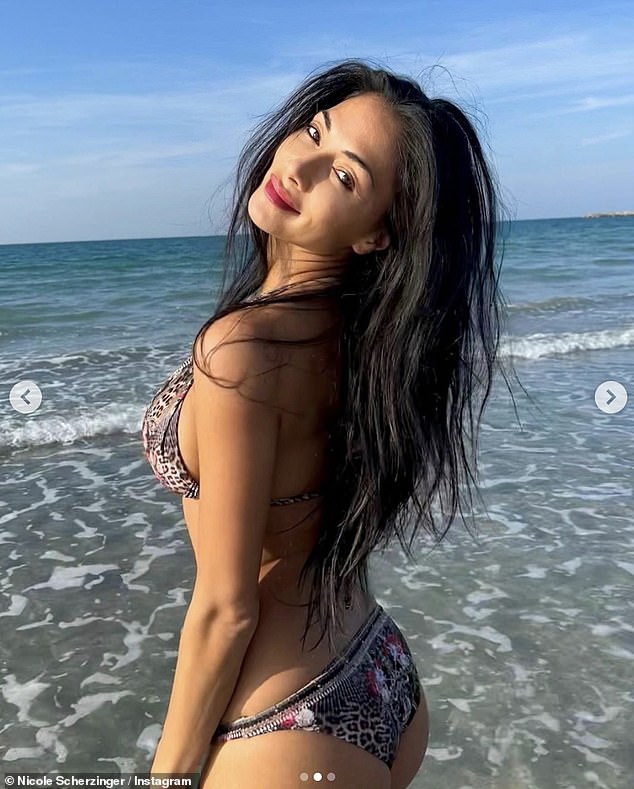 Nicole and her rugby player boyfriend Thom, 36, went on six extravagant vacations last year, culminating in a trip to Dubai to see off the year 2021. But 2022 got off to a terrible start for the performer and her bandmates after the Pussycat Dolls tour was canceled. Nicole sent a mysterious message to her followers on Monday in the aftermath of the cancellation, which saw bandmates Carmit Bachar and Jessica Sutta say they were unaware of the ax until she announced it on social media. 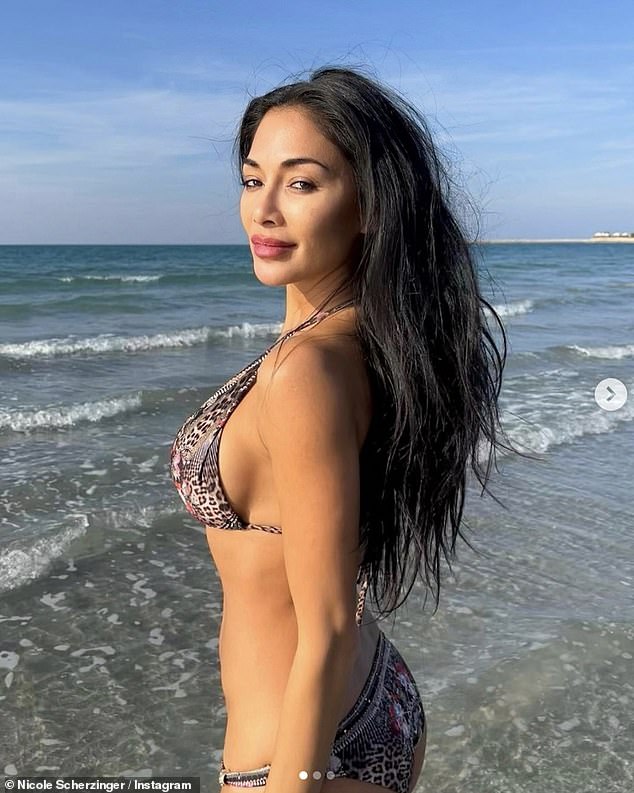 Nicole posted an Instagram video of herself on vacation, riding a jetski out to sea in a little bikini, on Monday. ‘It’s motivational Monday, y’all, keep focused and optimistic,’ she added. Call someone and express your feelings for them. Allow yourself to let go of things over which you have no control. ‘You’ve got this!’ Continue on your current path. Believe. #MotivationMonday.’ 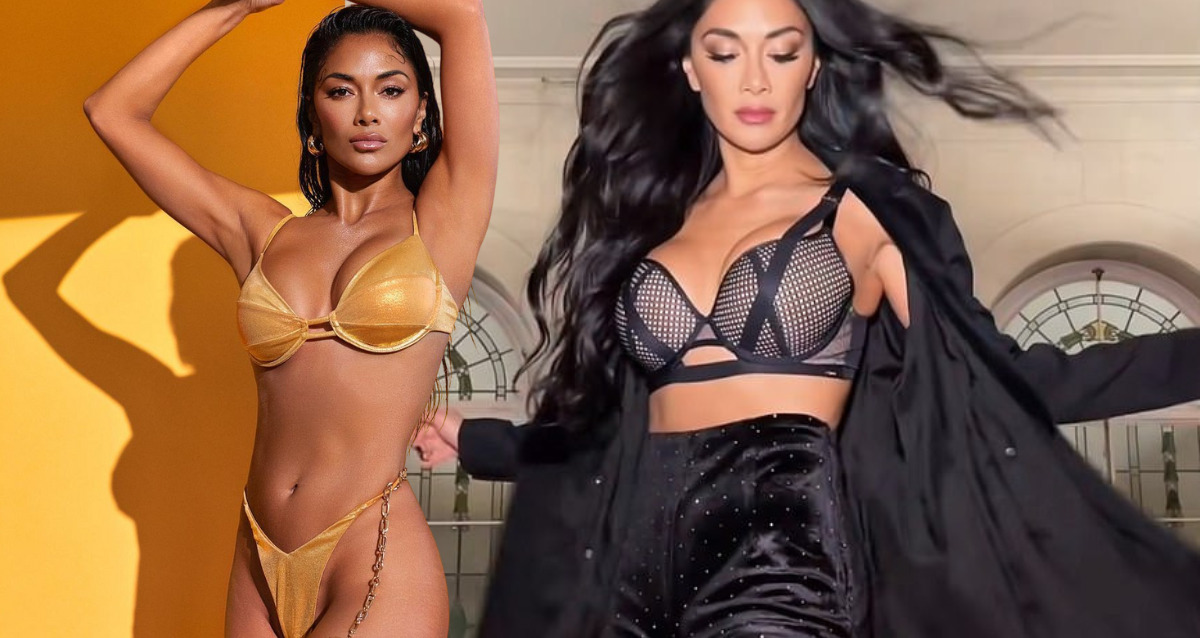 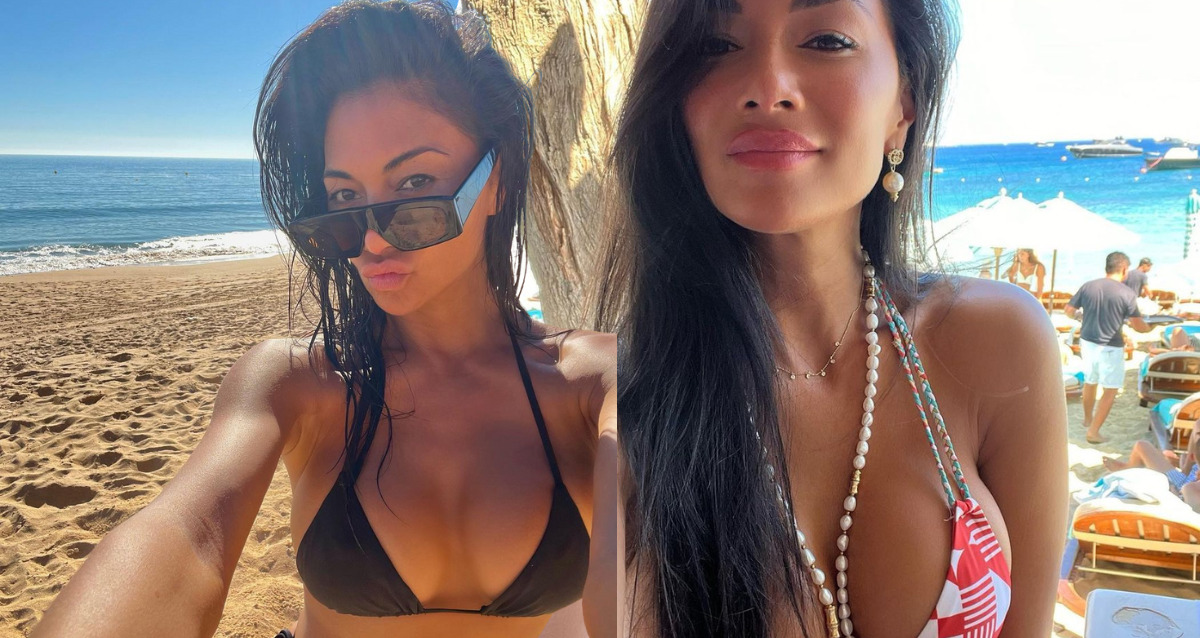 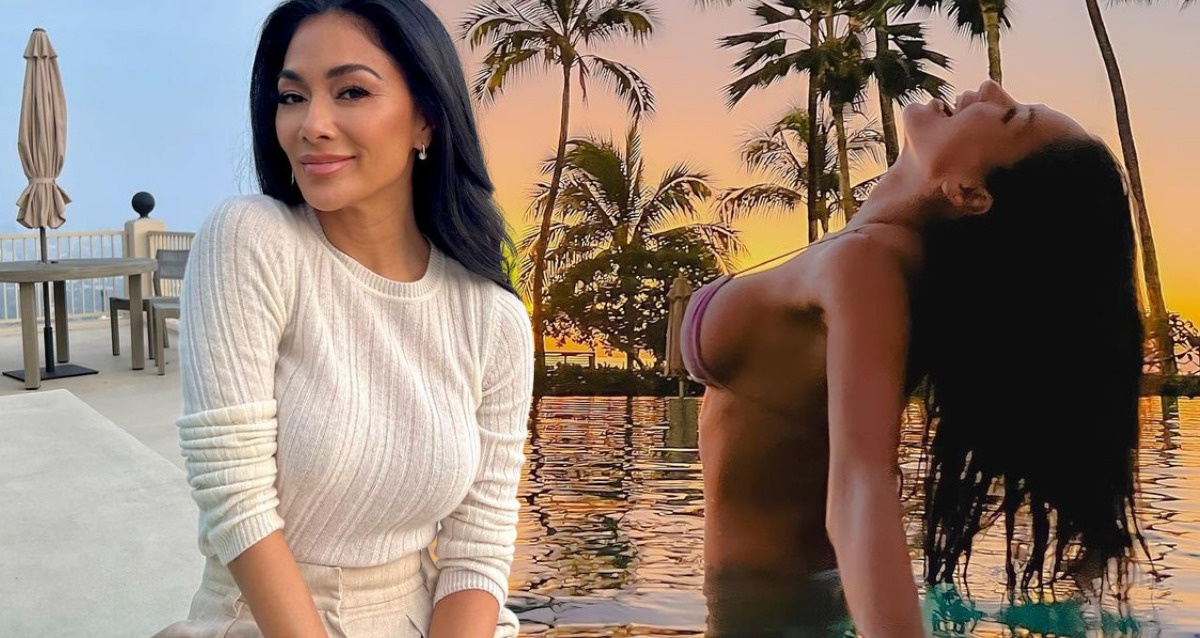 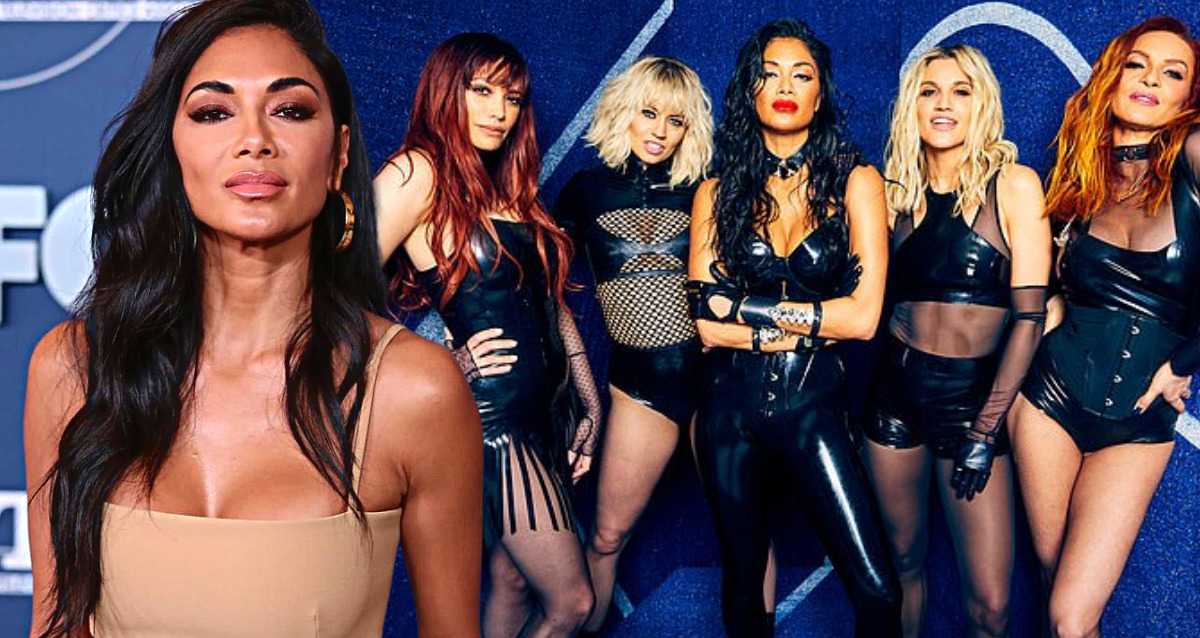 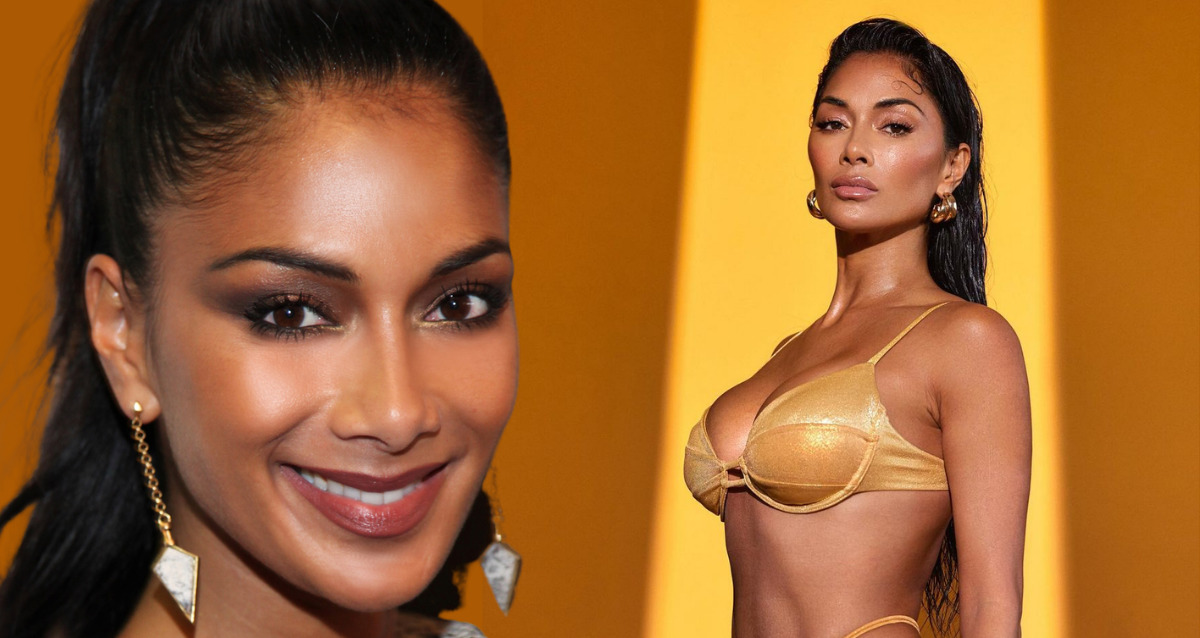