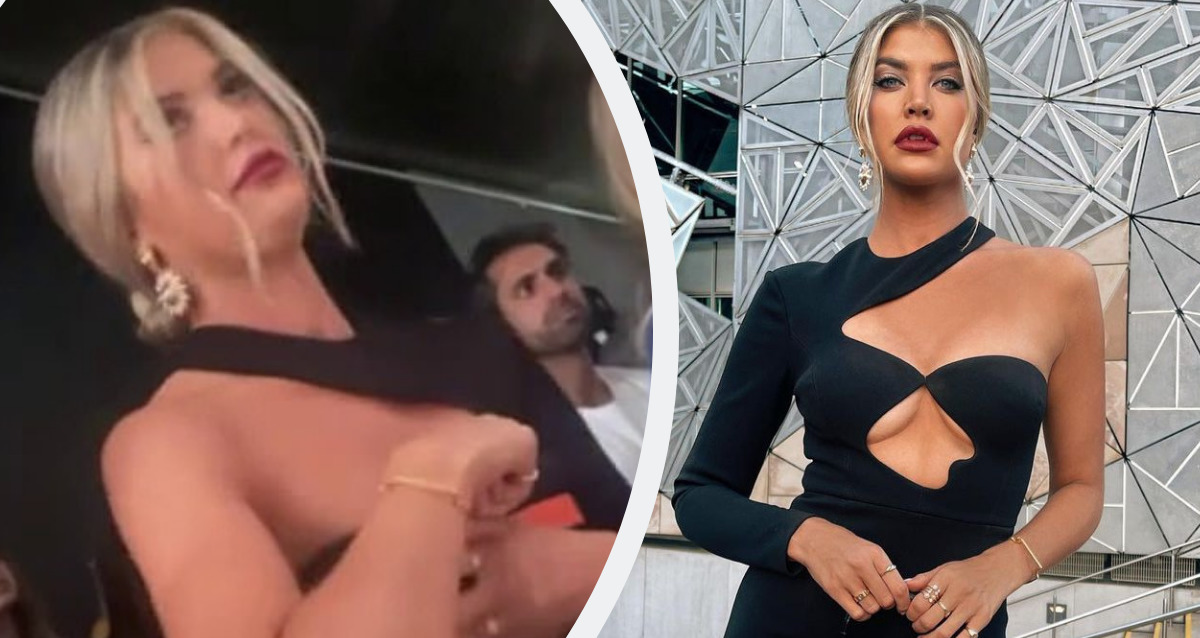 Love Island star Anna McEvoy became the center of attention after having a wardrobe malfunction while attending a runway show at Melbourne Fashion Festival over the weekend.

The 29-year-old was in view from her seat in the front row when the fastening of her little black dress broke, revealing her chest complete view.

But Anna took the blunder in good spirits and shared a candid video of the ’embarrassing’ moment on TikTok. In the caption, she wrote: ‘When your dress breaks and b**bs pop out front row.’ 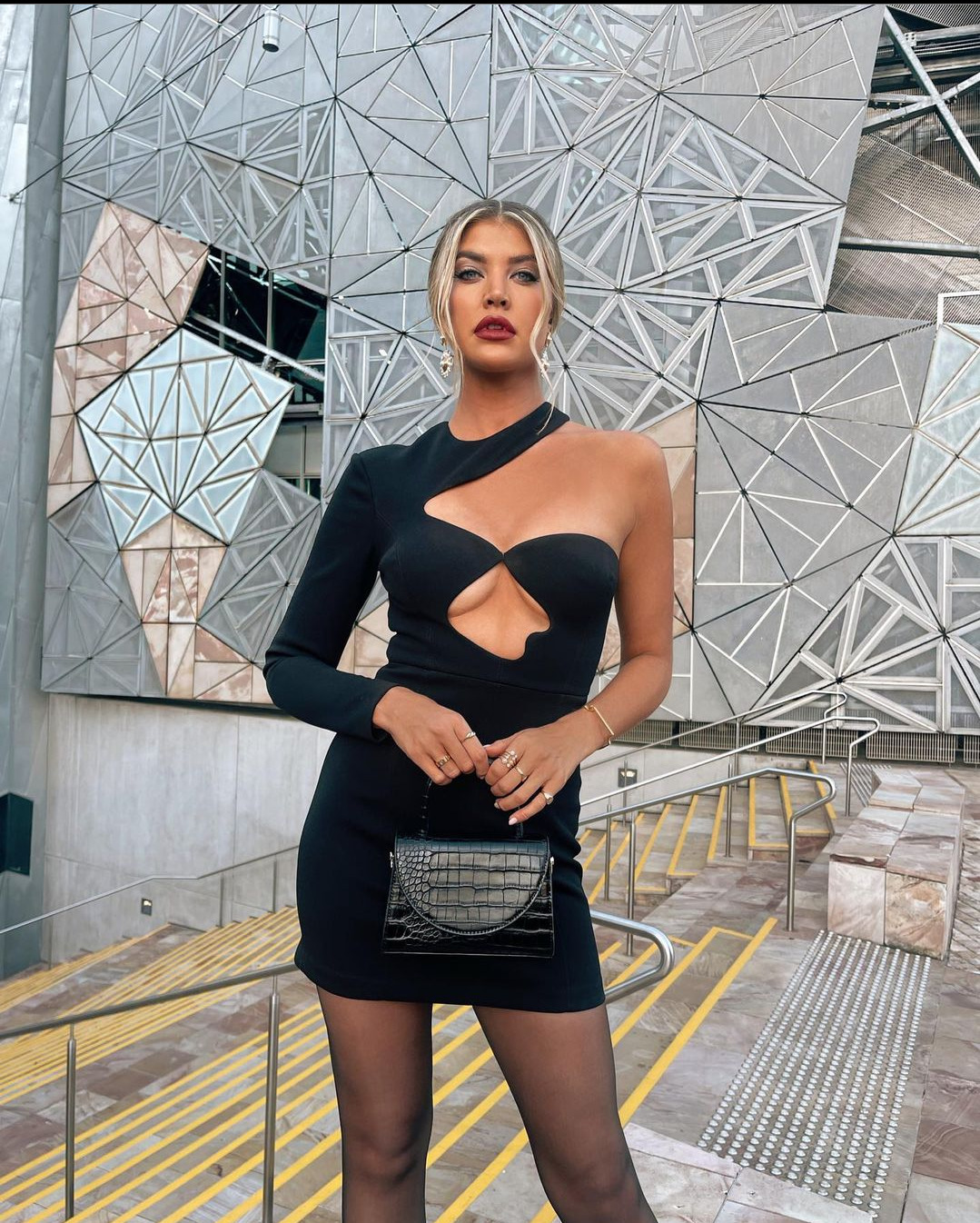 In the video, Anna walked in style into the hall wearing her gorgeous Meshki gown when suddenly the fastening at the front of her dress snapped.

A friend hurried towards her in an attempt to cover up by taping the dress with an orange ribbon.

While other guests stared in shock at Anna McEvoy, she did not seem to be too concerned by the mishap. Instead, she took it like a sport by finding the moment hilarious.

Anna McEvoy Makes It To TikTok

‘All I remember is the guy across the runway pointing and laughing,’ she wrote on TikTok.

Fans cheered for Anna because of her confident attitude towards handling the wardrobe malfunction.

‘I feel so bad. How awkward! You played it off good though and still slayed,’ one follower commented below the video.

‘You were putting a hell of a lot of faith in that wee middle bit. You look stunning anyway,’ another added. 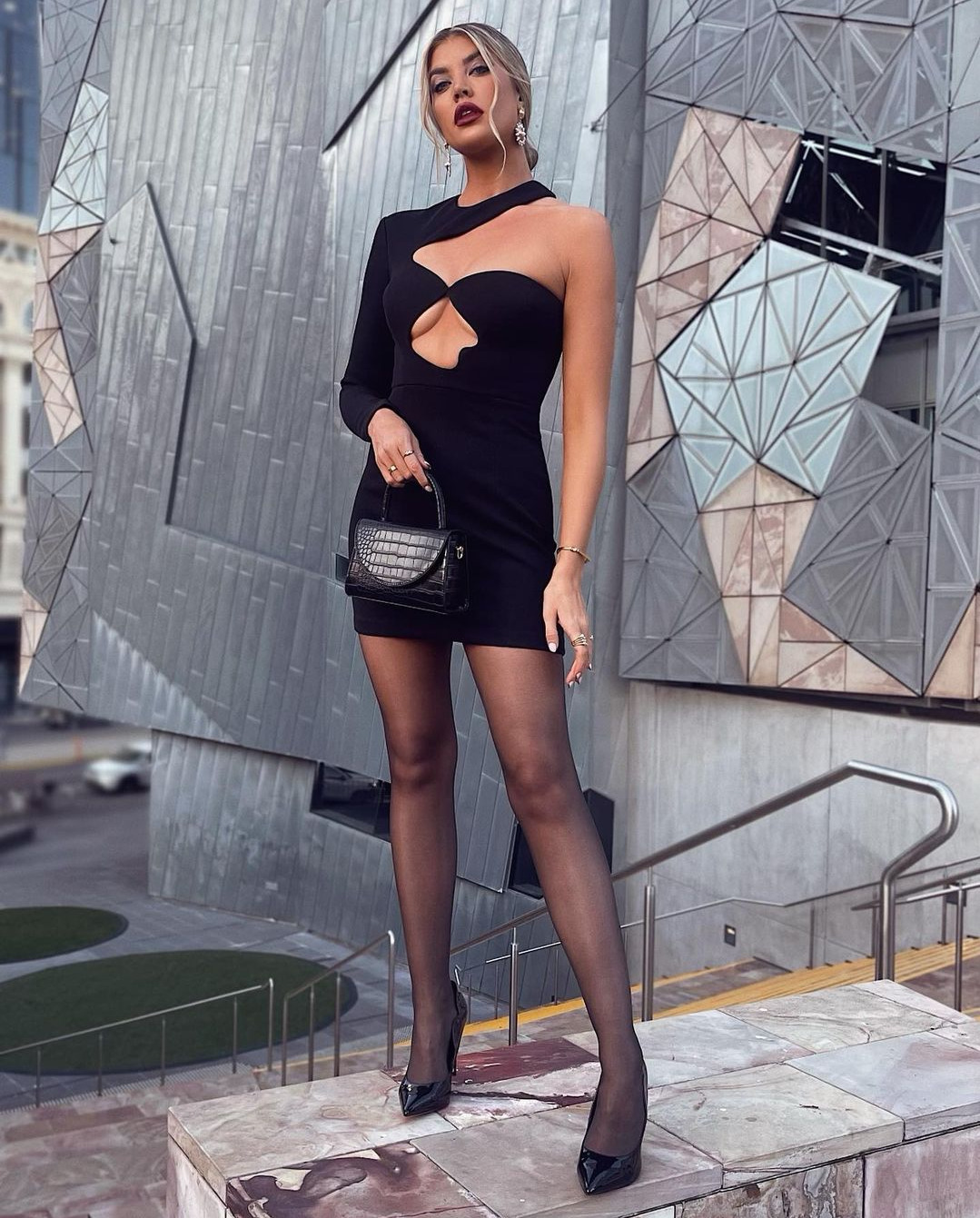 Anna McEvoy on the runway at the Melbourne Fashion Festival

Accompanying her at the runway show was another Love Island star Matt Zukowski. Anna McEvoy hosts the podcast ‘Where’s Your Head At?’ with him.

It was a while after the couple won the $50,000 cash prize that the two separated. Now, Anna is in a relationship with Michael Staples.