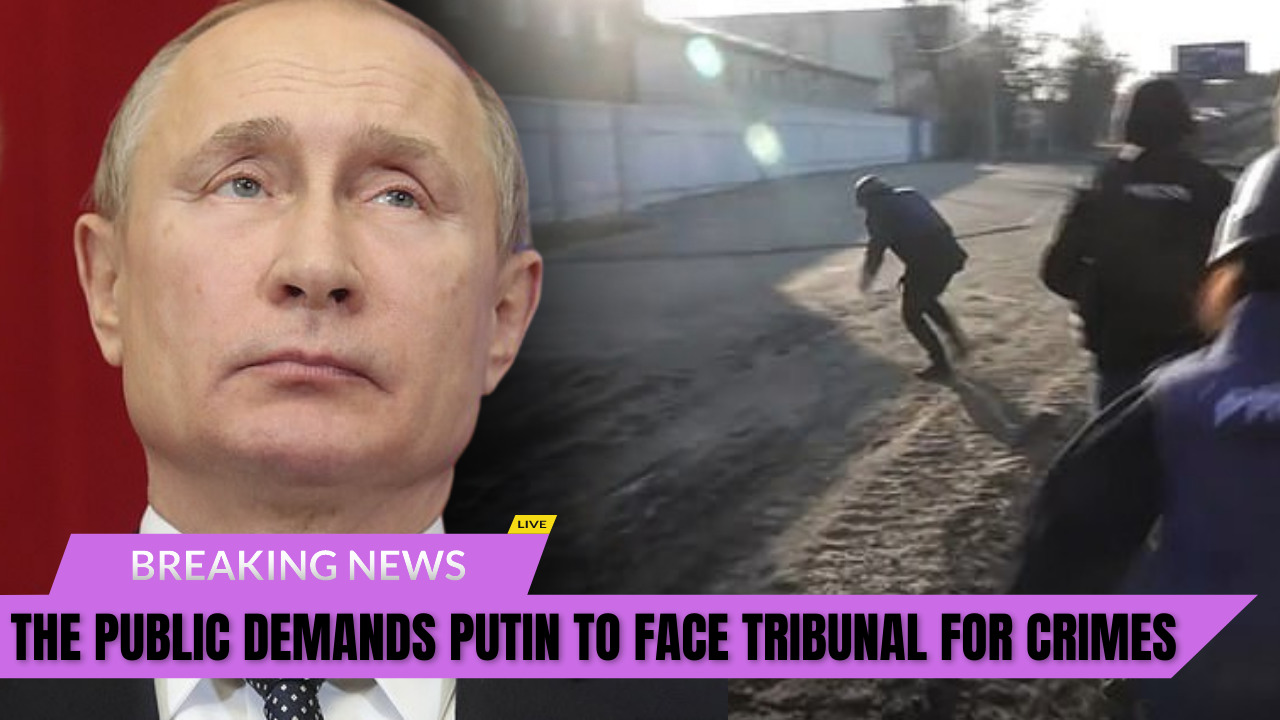 People who work in security say that Russian commanders have changed tactics because their first plans for a quick victory didn’t work out. Britain’s armed forces minister, James Heappey, said that indiscriminate shelling of cities was “very likely” a war crime and that Putin was ultimately to blame for the atrocities. He said there was a chance that someone in the chain of command could be charged. Campaigners wanted to get one million signatures at first, but they’ve been able to get past that goal in the last few days. The new goal is 1.5 million people. There have been attacks on schools, hospitals, and buildings that house refugees by Russians in Ukraine.

There has been a lot of artillery fire on residential streets in both Kharkiv and Mariupol for the last four weeks. ICC chief prosecutor Karim Khan started an investigation into “potential Russian war crimes” this month, with the support of 39 other countries. Only Ukraine has asked for Russian leaders to face a war crimes panel for their actions in Crimea and the Ukraine since 2014. Both countries are not members of the ICC. Foreign Minister Dmytro Kuleba said earlier this month that the Russian Armed Forces have committed and continue to commit a number of war crimes against the civilian population in Ukraine and crimes against humanity. 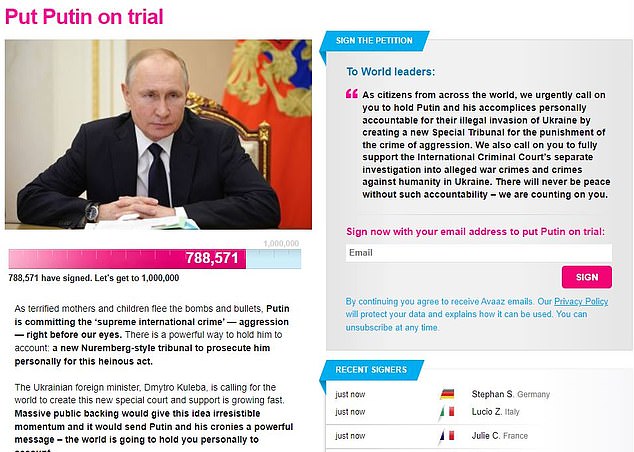 Documentation of these and other crimes is being done to lay the groundwork for more investigations by both international and Ukrainian law enforcement. These crimes include indiscriminate artillery shelling of residential areas of Ukrainian cities; air bombardment, and missile strikes on kindergartens and orphanages, as well as shelling and destruction of critical infrastructure objects. As soon as the war is over, Kyiv wants to lay the groundwork for a Nuremberg-style court. In 1942, more than three years before the Nuremberg trials started, lawyers in London signed a declaration that would later become the trials at the end of the war. As of this writing, it has been shared almost 350,000 times on Facebook, 50,000 times by email, and almost 25,000 times on Twitter. It was made on the site Avaaz.

Every few seconds, more and more signatures are coming in. People from all over the world have signed up. A human rights law professor told Reuters today that bringing war crimes cases can take a long time, but the first steps have been promising. By no means is it a quick process. A strong sign is that things are already moving. It won’t stop the ICC from prosecuting people and issuing arrest warrants even though Russia doesn’t want to join the ICC, she said. Ex-prime ministers John Major and Gordon Brown are two of the most powerful western leaders who have backed a war crimes trial. 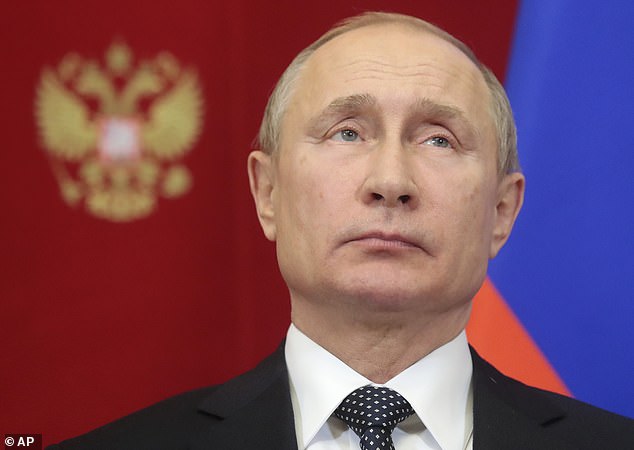 A senior British minister said anyone in the chain of command in Russia could face prosecution by a war crimes tribunal.

‘The leader of the Russian government, the man who made the decision to do this in the first place, is the person who is responsible for war crimes. They too are involved in the prosecution of war crimes in Ukraine,’ says the author. This is a bad thing for the Russian people.’