Robert Downey Jr. Says ‘F- You, Scarlett’ As He Praises Her In A Speech 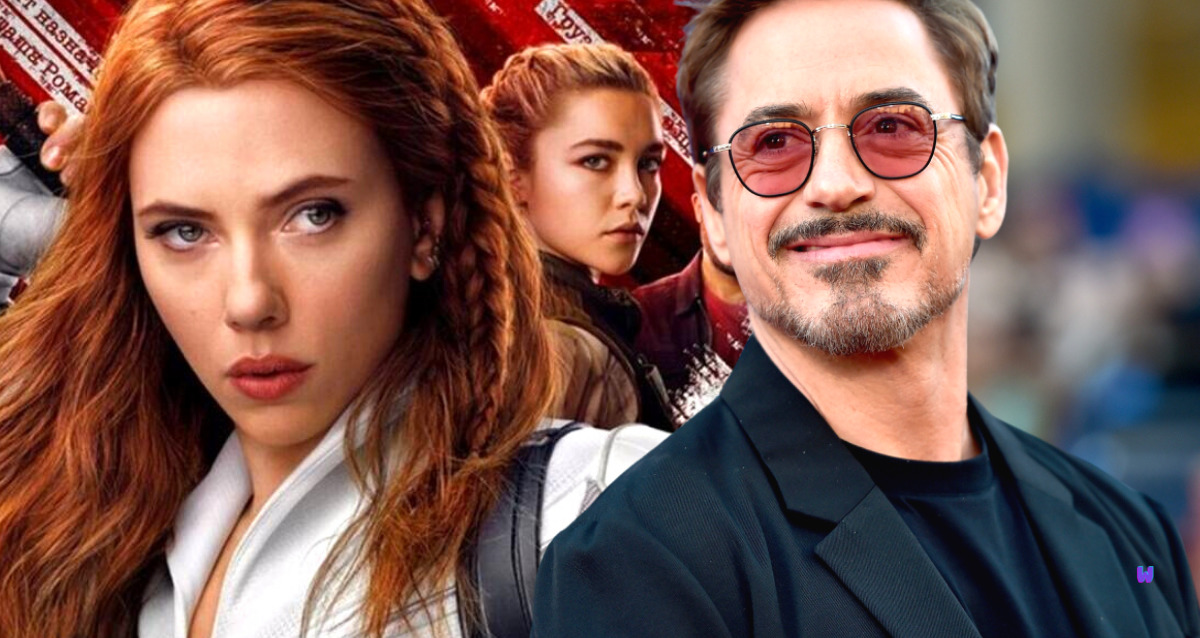 Phase 4 of the Marvel Cinematic Universe is new, bold, and engaging. Marvel Studios is taking major leaps in storytelling styles and formats in this new era. From WandaVision’s sitcom-style on Disney+ to the upcoming Spider-Man: No Way Home’s multiverse storyline in theaters, MCU is taking risks this time.

This new content comes on the heels of the Infinity Saga, which set the standard for closely interconnected storytelling over ten years. Infinity Saga ended, unofficially, of course, with Avengers: Endgame in 2019. The movie became the biggest grossing movie of all time (before 2009’s Avatar that had initially held the top spot, was re-released).

Endgame was a tribute as well as the end of the original six Avengers. One last time, they were brought together to fight Thanos and use the Infinity Gauntlet to get things back to normal. Right now, half of the original Avengers are either out of commission or dead. New heroes are taking their place are leaders now. However, the actors of the original six are close as ever.

Fans will remember that the OG six even have a tattoo to commemorate their friendship and time in the MCU. Also, more recently, Jeremy Renner, who portrays Hawkeye, spoke about the team’s text group chat. Fans can rest easy after knowing that the MCU stars keep up with each other’s lives and professional or personal milestones.

Two of the OG 6 even got to share a fun moment recently at an awards function. Their interaction was filled with jokes and expected teasing coupled with profanity as well. 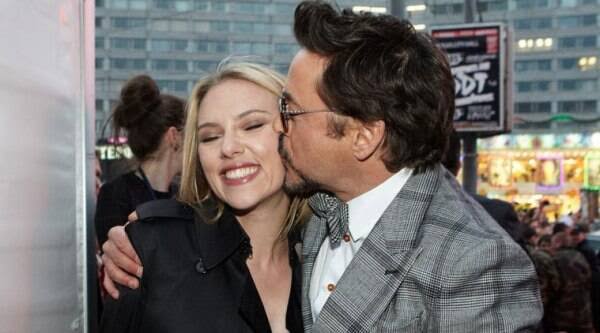 The Hollywood Reporter’s Chris Gardner went on Twitter to share a pretty funny tribute to MCU star Scarlett Johansson by her long-time co-star Robert Downey Jr. during the 35th Annual American Cinematheque Awards. The presentation was to honor Johansson’s contribution to the movie industry. So Downey began by talking about some of the more ridiculous ways actors “live to congratulate (themselves).”

“This is Hollywood. We f***ing live to congratulate ourselves. We did the midterm voter drive garbage, the Laura Dern birthday song, which isn’t even due until the week of February 10th. We knocked out the Alan Horn retirement message, ‘Last adult standing has left the building, good luck,’ and that bat mitzvah greeting for that traffic cop who gave me a pass when I was double-parked on La Brea. And as usual, 37 asks from Tom Holland, whose sole aim is to proliferate the industry like a f***ing lawn fungus. Who’s left? That’s it.” 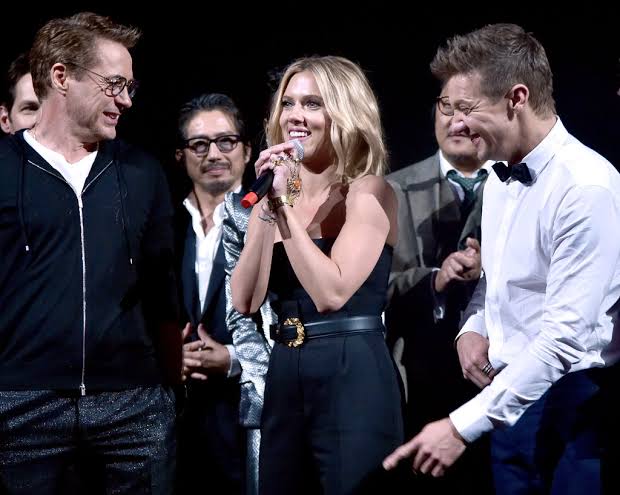 The host running Downey’s tribute for Scarlett then prompted him to continue with her. Downey then joked that he passed on this before getting guilted into it since the other Avengers had already done it. Here’s how the whole thing went down:

INTERVIEWER: “Last one is Scarlett Johansson for –

INTERVIEWER: “Well, Joy brought it back around because all of the other Avengers –

DOWNEY: “Oh well, there it is, there’s the guilt hook, ‘all of the other Avengers.’ See, the fact that everyone else is doing it makes it unique NOT to do it. But anyway.

Downey was getting started. He began his joke-filled and outlandish tribute to Johansson while taking shots at himself along the way as well. He finished his speech with a flourish and a simple statement of- “F**k you, Scarlett:”

Here’s a part of his speech:

“Put it up. Put it up on the godd**m prompter, I don’t care. I have no preferences. I have no opinion. Right? Let’s party. I live for this s**t. Scarlett, congratulations. I mean, you’re so deserving of this award. You’ve overcome so many obstacles to make space for yourself and others in a sea of overt and sub-intentional misogyny, started by everything from studios, director, and producers to – one-man toxic flotillas like me. Take it from me, Robert Downey Jr., the shortest leading man since Don Adams in Get Smart, who rivals Giuliani for least subtle use of Just For Men Touch Of Grey hair dye. ‘How far did we get you to go? Robert, it’s Scarlett and Colin. We had two glasses of white wine on a weeknight and felt like clowning you.’ Don’t actually put this on a prompter. Cut. F**k you, Scarlett. Jost, I’m gonna punch you in the d**k.”

You can watch the full tribute below:

The other thing is, Robert Downey Jr. is REALLY going to commit to a bit. Here he turns down Scarlett Johansson tribute (because all the other Avengers have done it is reason enough to pass) before reading the joke Teleprompter script. pic.twitter.com/29mZrARRe0 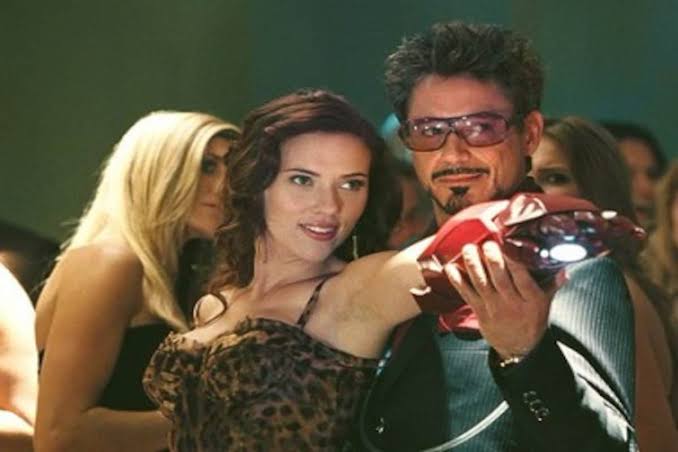 Many think that Johansson and Downey’s Marvel friendship began in 2010’s Iron Man 2. But it went even further than a decade. The duo worked on 6 MCU movies before their characters died in the same film- Avengers: Endgame.

Their friendship was only deepened by the time they spent in the MCU. Even then, Downey has always been hilarious and snarky. However, he took it to an all-new level with his NSFW sarcastic commentary. Talking self-deprecatingly about his height while also poking fun at Johansson and her husband Colin Jost, the guy behind Tony Stark offered his respect and love to the actress in his well-known fashion.

His tribute was filled with adult language but also loved for Johansson’s accomplishments. He let loose with his message. Now, we won’t be seeing Johansson and Downey together again in the MCU as Black Widow and Iron Man anytime soon. After all, there are just no signs right now pointing to that fact. However, they will continue to be friends behind the scenes in the future.