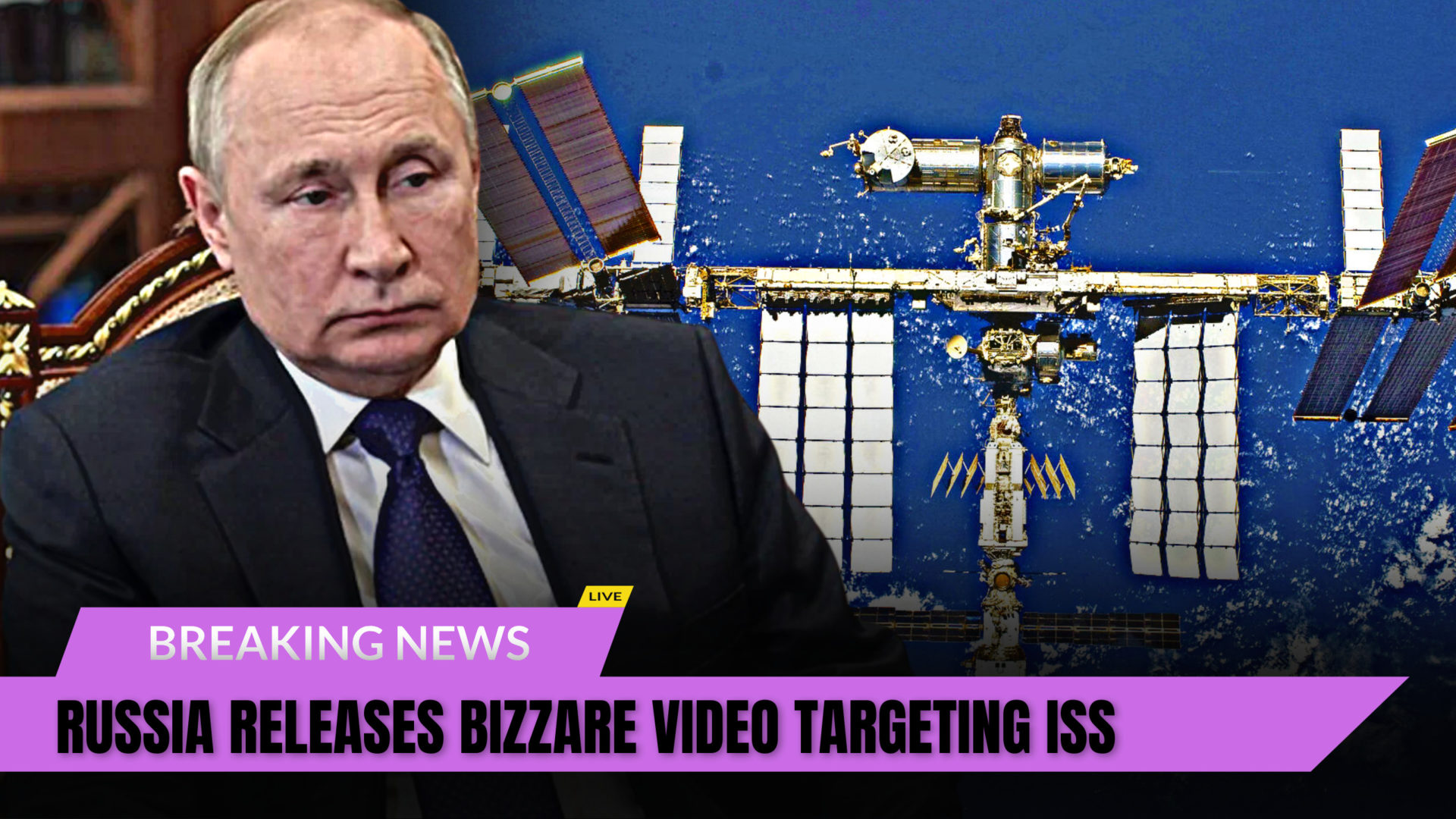 Dmitry Rogozin of Russia is threatening the U.S. with, but he seems to be hinting at something which is bizarre yet scary. A strange new video has been posted by Russian state-run media. It looked like the International Space Station was breaking apart in an artist’s sketch after Russian cosmonauts said goodbye.

Video: NASA Watch, which is a space news blog, tweeted the video with some important information about it this morning. The video also had a classical song going on with it.

The outlet said on Saturday that Rogozin is clearly threatening the ISS program, as shown in the picture below.

Russian gov't-controlled RIA Novosti @rianru posted a video on Telegram made by @Roscosmos where cosmonauts say goodbye to Mark Vande Hei on #ISS, depart, and then the Russian segment detaches from the rest of ISS. @Rogozin is clearly threatening the ISS program. #NASA #Ukraine pic.twitter.com/fj2coK1xR1

It was only a few weeks ago that Rogozin said that if the Russian part of the ISS was removed; it would hit the US with debris from a defunct space station. SpaceX CEO Elon Musk responded with his own company logo; and a promise to keep the huge craft in the air. He doesn’t say what he wants to do this time. It’s not clear whether Rogozin wants to bring the ISS down to Earth or just take the Russian part and fly on his own.

Roscosmos, which is like NASA in Russia, hasn’t always been nice to NASA. When SpaceX stopped relying on Russian spacecraft to get to the ISS, Rogozin took it very personally. He is also a very fickle person. That time Russia accidentally spun the ISS around two times is also something that people know about, though.

Even though there has been a lot of disagreement, NASA has tried to keep things stable between them. ScienceAlert.com says that the group made a statement after Russia threatened to take over the International Space Station back in February.

“NASA is still working with all of our international partners, including the State Space Corporation Roscosmos, to keep the International Space Station safe”

the space agency said, according to a report from an industry source.

In the same way, there are more questions than answers about Rogozin’s threat and whether or not he’s even being real. Another person on Twitter and a space expert said it straight.

“I can’t wait for Twitter to cut off Russian government accounts so we don’t have to deal with the trolling from @Rogozin (and other bot-like accounts) anymore. I can’t wait for that to happen.”

In many ways, an empty threat during a full-scale invasion can be as scary as a real one; so it might be a good idea to shut down Rogozin’s accounts.