Russia Threatens To Kill Zelensky If Ukraine Continues To Fight Back 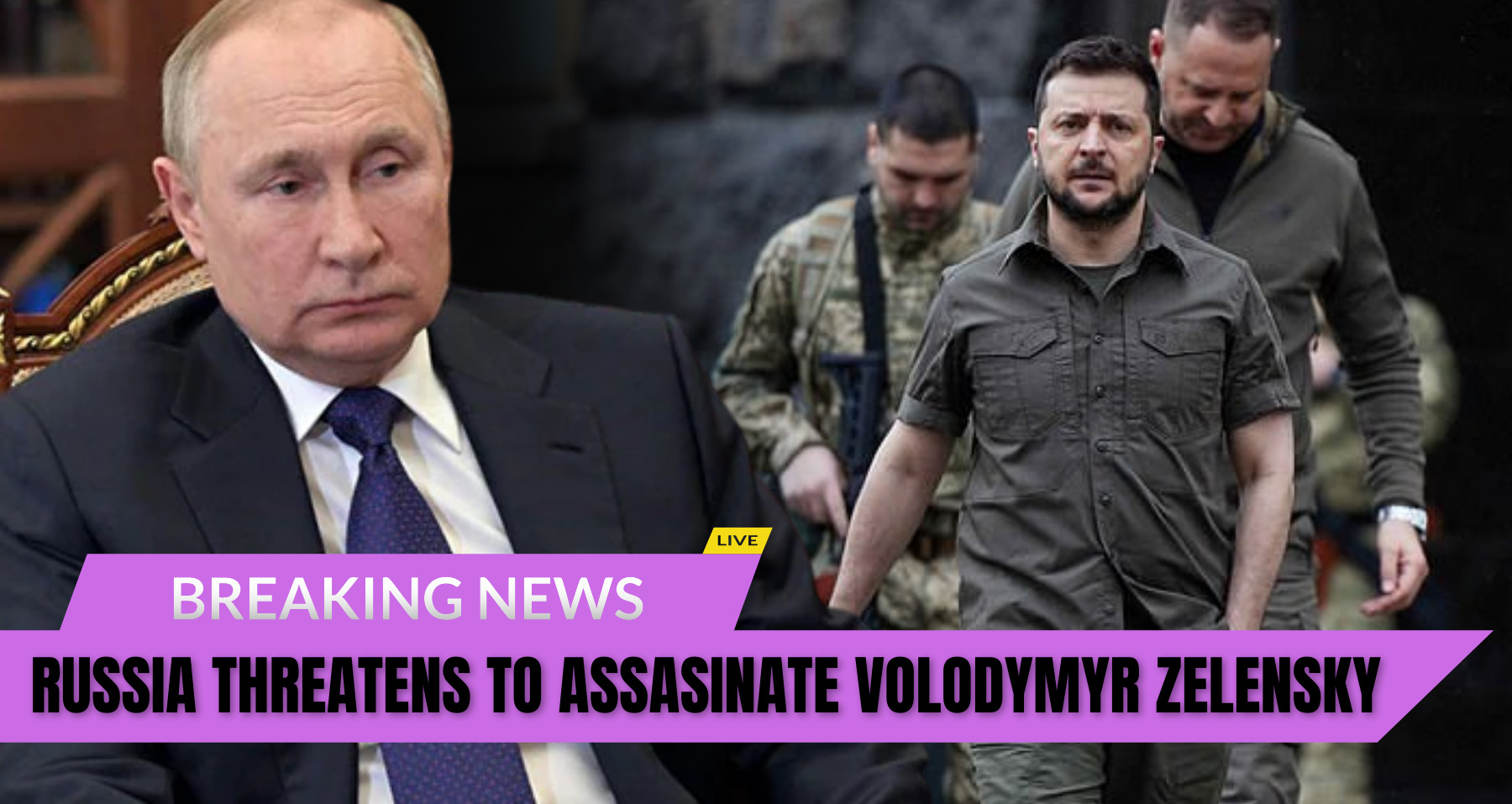 If Ukraine troops continue to invade Russian territory, the Russian military warned to target Ukraine command centers in Kyiv on Wednesday. ‘We are seeing attempts by Ukrainian soldiers to carry out sabotage and strike Russian territory,’ according to a statement from Russia’s defense ministry. ‘If such incidents persist, Russian armed forces will attack decision-making centres, including in Kyiv,’ says the statement. The threat to Ukraine’s top leadership, including President Volodymyr Zelensky, came after Russian regional authorities reported gunshots were heard near a Russian town in a western region bordering Ukraine on Wednesday.

Authorities in the Kursk region presented conflicting reports of what transpired, and later withdrew an earlier statement that indicated a border checkpoint had been attacked. ‘Gunfire was reported in the surrounding region near the village of Gordeevka an hour ago,’ Korenevsky district claimed in a new Telegram statement. ‘We had no injuries or property damage.’ Russia’s threat came as the presidents of Poland, Lithuania, Latvia, and Estonia flew to Kyiv by train to meet with Zelensky, with photos of the five men meeting in the capital. Authorities in four Russian areas bordering Ukraine, as well as in Russian-controlled Crimea, said on Monday that they were beefing up security measures in response to ‘potential provocations’ from the Ukrainian side. 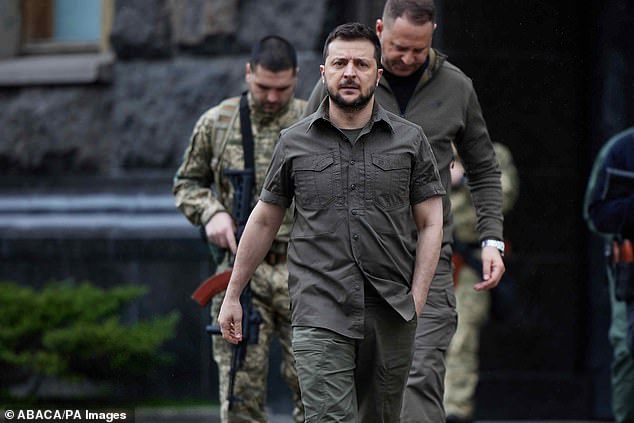 Ukrainian President Volodymyr Zelenskyy arrives for a meeting in Kyiv on April 9, 2022.

Moscow, which sent tens of thousands of troops into Ukraine on February 24 for a’special military operation,’ has accused Ukraine of targeting its border regions, including a gasoline station in Belgorod earlier this month. Kyiv has either denied or remained silent on whether or not it has launched attacks on Russian territory. Western nations have consistently warned of Russian forces staging false-flag attacks to legitimise their own military efforts in Ukraine. On Monday, authorities in the Belgorod, Voronezh, and Bryansk districts announced increased security and advised residents to be more attentive.

On Sunday, Kursk, a region bordering Ukraine, was the first to announce similar steps. ‘Anti-terrorist security issues have become more pressing during the special operation by Russian forces on the territory of Ukraine, the Donetsk People’s Republic, and the Luhansk People’s Republic, due to possible provocations from Ukrainian nationalists,’ said Alexander Gusev, the governor of the Voronezh region, which shares a border with Ukraine’s Luhansk region. The governor of the Belgorod area, Vyacheslav Gladkov, indicated that additional security measures would be implemented until April 25 to combat what he called terrorist threats. The Sumy, Kharkiv, and Luhansk regions of Ukraine are all bordered by this region. 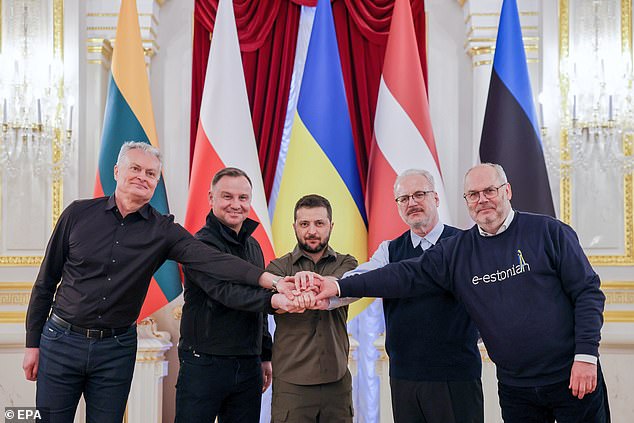 Russia’s threat came as the presidents of Poland, Lithuania, Latvia and Estonia traveled by train to Kyiv to meet Zelensky.

Gladkov advised residents to avoid crowded public locations, carry identification documents, have an evacuation plan, and be wary of strangers and unusual vehicles approaching residential buildings. The Bryansk area, which borders the Ukrainian regions of Sumy and Chern ihiv, said it was also on high alert for terrorist threats. Russia accused Ukraine of bombing an oil complex in Belgorod, a Russian city directly across the Ukrainian border, on April 1. Flames and smoke could be seen billowing into the air on video from the facility. Despite video appearing to show Ukrainian helicopters flying at low altitude away from the site in the early hours of the morning, Ukraine denied the attack.

Less than a week after border guards allegedly came under fire in the region, the governor of the Kursk region, Roman Starovoit, announced on Sunday that police and military officers would set up checkpoints. Russian troops withdrew from locations north of Kyiv earlier this month and are now focused their efforts on taking more land in eastern Ukraine. The Russian Defense Ministry stated that its troops now have complete control of the port in Mariupol, which is under siege. Ukrainian forces and members of the Azov battalion had been encircled and ‘denied the opportunity to flee,’ according to the ministry. Members of the Azov battalion have been battling Russians in Mariupol, a city in Ukraine’s southeast that lies between Russia-occupied Crimea and pro-Russian rebel regions in the east.