Following weeks of bombardment and an unsuccessful attempt to encircle Kharkiv, Russian forces have given up and are retiring. As Kyiv and Moscow’s soldiers engaged in a grinding struggle over the country’s eastern industrial heartland, Ukraine’s military staff said the Russians were drawing back from the northeastern city and concentrated on securing supply routes. Instead, Russian forces would concentrate their efforts in the eastern Donetsk province, using mortars, artillery, and airstrikes to ‘deplete Ukrainian forces and demolish fortifications.’

Ukraine ‘appears to have won the Battle of Kharkiv,’ according to the Institute for the Study of War in Washington. ‘Ukrainian soldiers prevented Russian troops from encircling, much less taking, Kharkiv, and then evicted them from the area around the city,’ it claimed. It means that Ukrainian artillery can now threaten Vovchansk, which is home to a vital highway and rail connection that supplies Russian soldiers in Donbas. Ihor Terekhov, the mayor of Kharkiv, told the BBC that Russian forces had only ever managed to enter a small area of the crucial north-eastern city once, and that they had been gone for a long time. 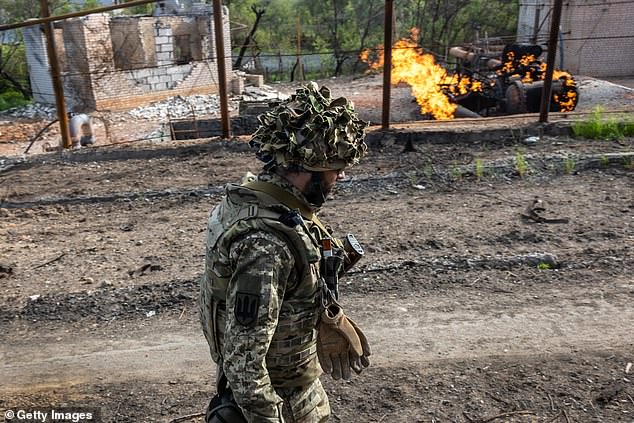 ‘Because they were staying so near to the city, the Russians were regularly bombarding Kharkiv.’ People are gradually returning to the city now that they have withdrawn. All inhabitants have access to water, gas, and electricity.’ Unfortunately, numerous residential structures have been destroyed or damaged. As a result, massive reconstruction will be required in the future.’ In a post on the Telegram messaging app, regional governor Oleh Sinegubov stated that there had been no shelling strikes on Kharkiv in the previous day. 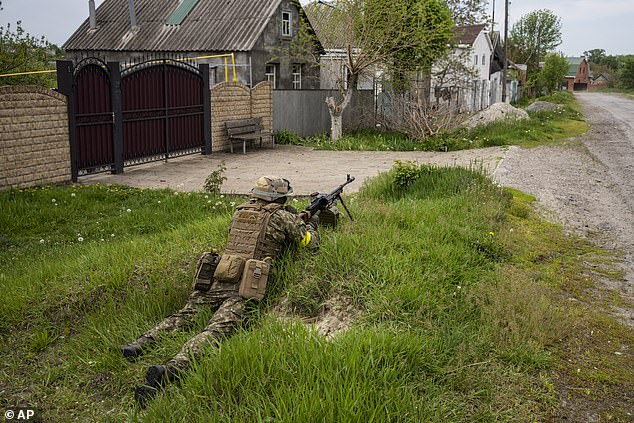 He went on to say that Russian troops had actively patrolled the area, and that smaller villages and settlements were still in danger. ‘This means it’s too early to unwind,’ he explained. ‘I advise everyone to respond appropriately to alarms and to avoid being on the streets unnecessarily,’ says the statement. He said that Ukraine had initiated a counteroffensive near Izyum, a city 78 miles south of Kharkiv that had been effectively under Russian control since at least April 1.

According to Oleh Zhdanov, an independent Ukrainian military analyst, fighting was furious near the city of Sever odonetsk on the Siversky Donets River, where Ukraine attempted counterattacks but failed to stop Russia’s advance. ‘The fate of a big percentage of the Ukrainian army – roughly 40,000 Ukrainian soldiers – is being decided,’ he said. 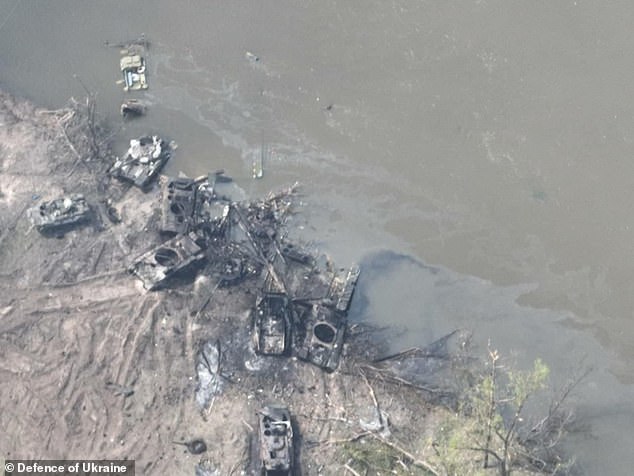 Russian attempts to encircle Ukraine’s frontline cities Lysychansk and Sever odonetsk by crossing the Donetsk river with pontoon bridges were thwarted yesterday when Ukraine properly predicted their plans. Satellite photographs show the severity of the breakdown, with the wreckage of two pontoon bridges floating in the Donets River near Bilohorivka, west of Lysychansk, surrounded by tank and armored vehicle wrecks.