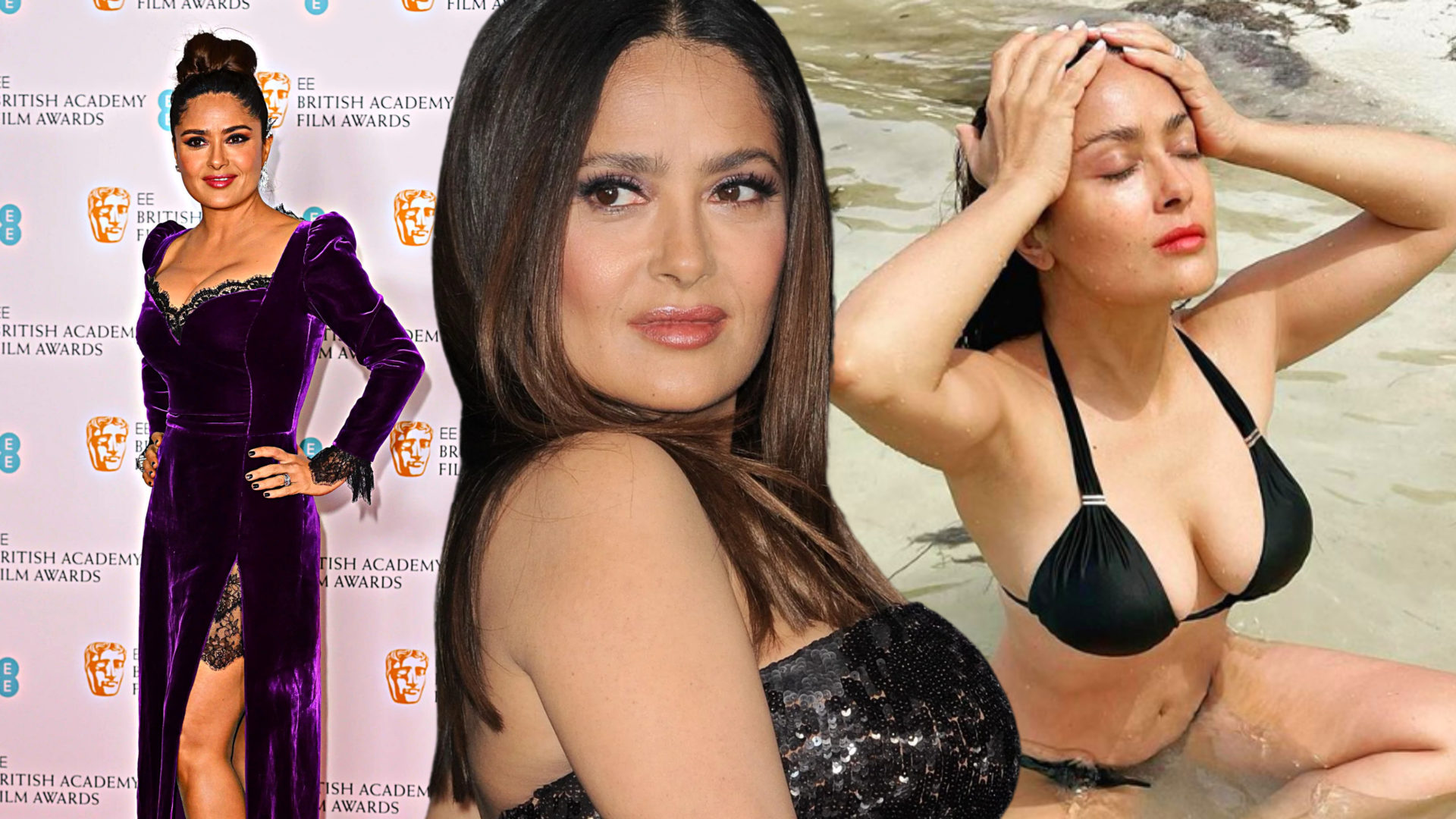 Salma Hayek garners praise from over 2 million fans as she moves the bar of zen higher by posing in a plunging bikini for some beach yoga. Back in the beginning of 2021, the 55 year-old actress was having the time of her life. Salma shared a slew of eye-popping images of herself by the ocean, sitting in the lotus position. Hayek also showcased her phenomenal curves with grace and confidence.

The Eternals star sat with her eyes closed and her wet hair slicked back. With the photo, she delighted her 20 million+ Instagram followers. Even actress Vanessa Hudgens was stunned by the star’s beauty. Check it out below. 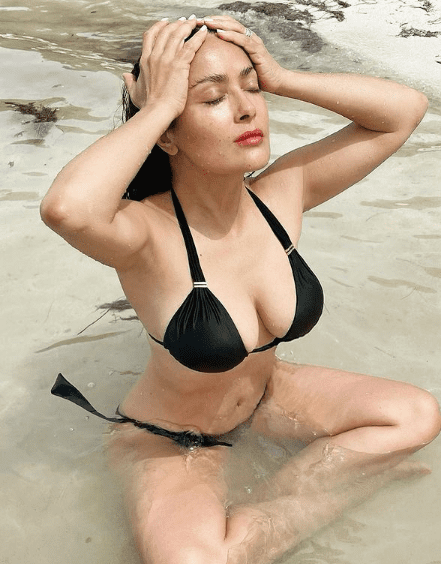 Scroll for the photo. Unsurprisingly, fans have declared the photo to be one of Salma’s best looks ever. It showed the MCU star cross in the lotus position and on beach sands.

Hayek was donning a barely-there black bikini that flaunted her hourglass curves. The soothing vibes of the shot came with the actress showing off her near makeup-free face, except for some red lipstick. On the other hand, a second image showed the Mexican-American actress arching her back slightly as she held her head in her hands. Salma appeared to be soaking in the zen meditation moment. And also passing the message on to her fans that her voluminous curves are still pretty stunning. 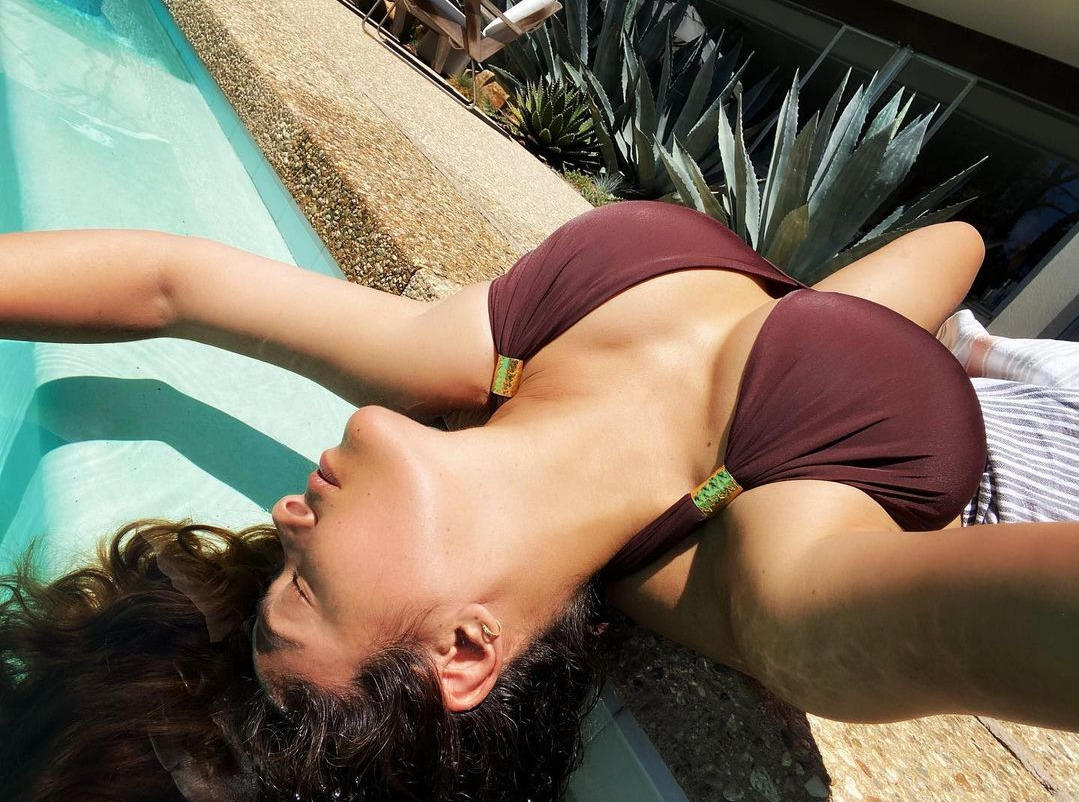 With that said, Hayek is particularly into one kind of yoga. Here is what the actress has revealed on the topic. 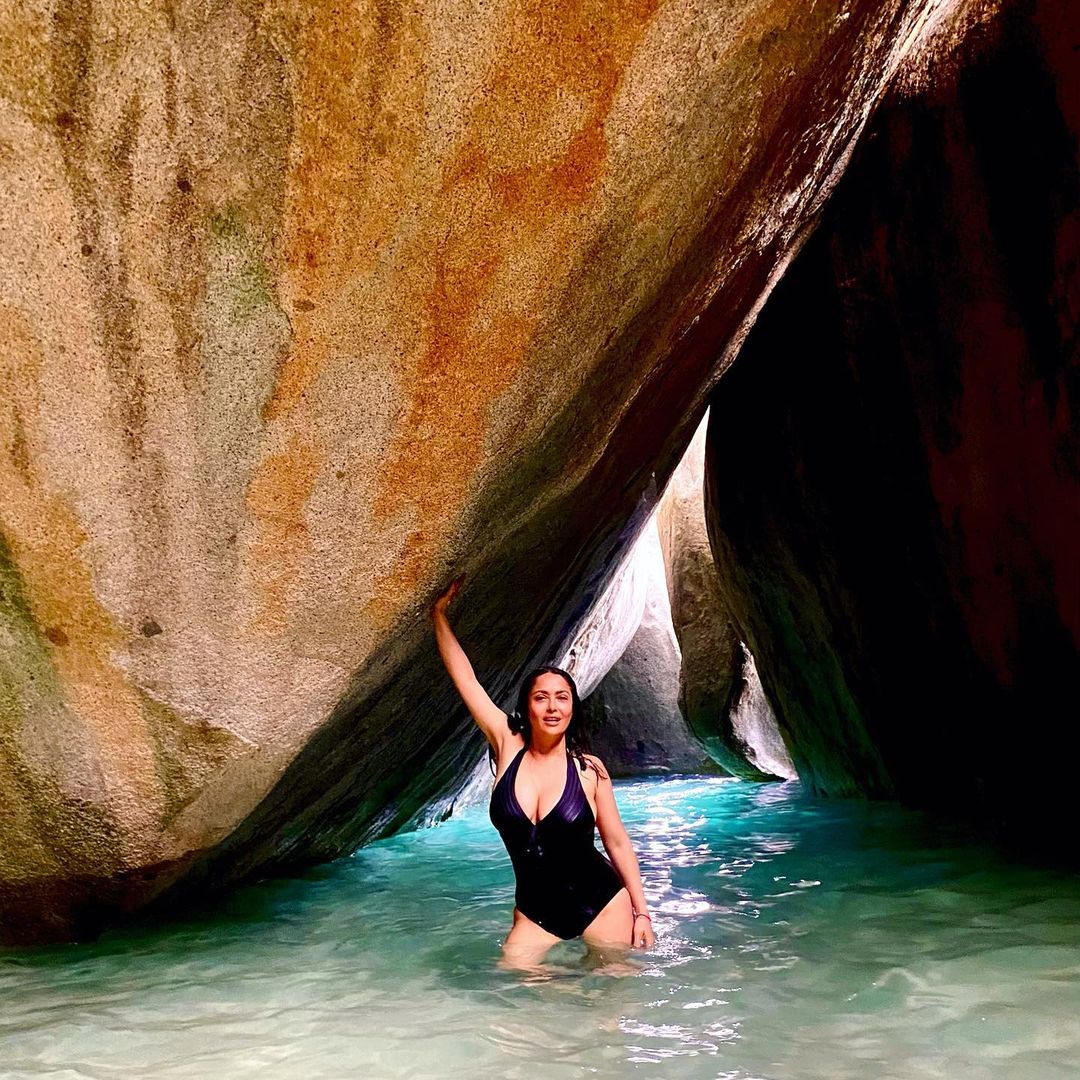 Salma Hayek enjoys her swim in the ocean surrounded by rock formations.

According to what she has told Women’s Health, Salma’s “secret” is restorative yoga.

“I work with a woman in London who taught me how to hold my body in a way where the muscles are activated all day long,” she’s stated. “So even when you brush your teeth, you’re working the muscles.”

“She taught me to tone my muscles without clenching them. You relax them and focus on the parts that need to be used, but never with tension. If you’re aware of your body, you’d be surprised by the effect it can have.”

Her Fans Adore Everything About Her 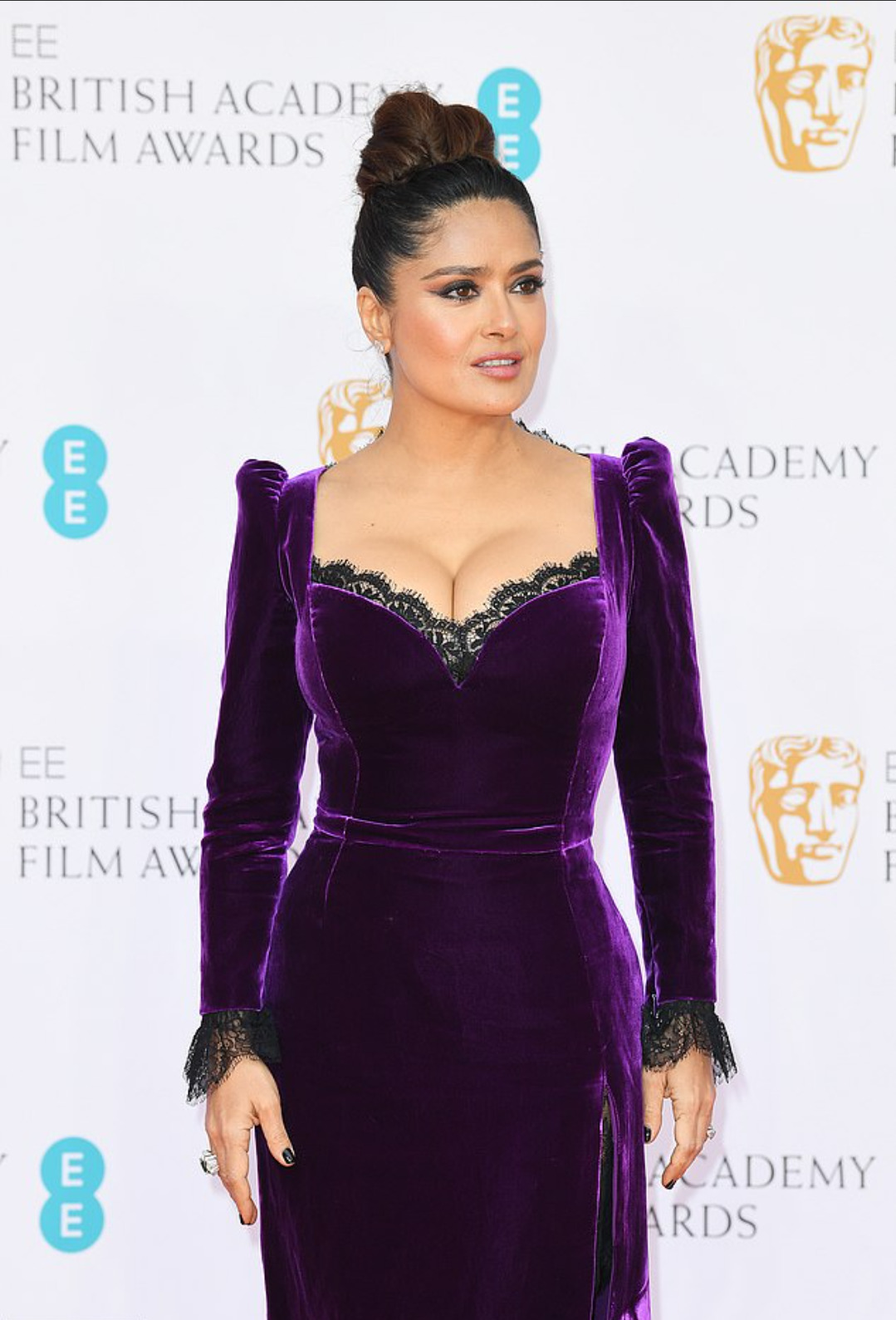 Salma Hayek poses up a storm in her elegant purple gown.

Salma Hayek comes under the list of a few celebrities around the same age as her who continue to thrill their followers on social media. Back in 2021, Salma marked hitting 17 million fans on Instagram. But by early 2022, she’d topped 20 million. And when it comes to all those pictures of tacos, the actress makes sure to create the perfect balance in her diet.

“Cleansing is like my meditation. It makes me stop, focus and think about what I’m putting into my body. I’m making a commitment to my health and hitting the reset button,” Salma has written of her juice cleanse addiction. 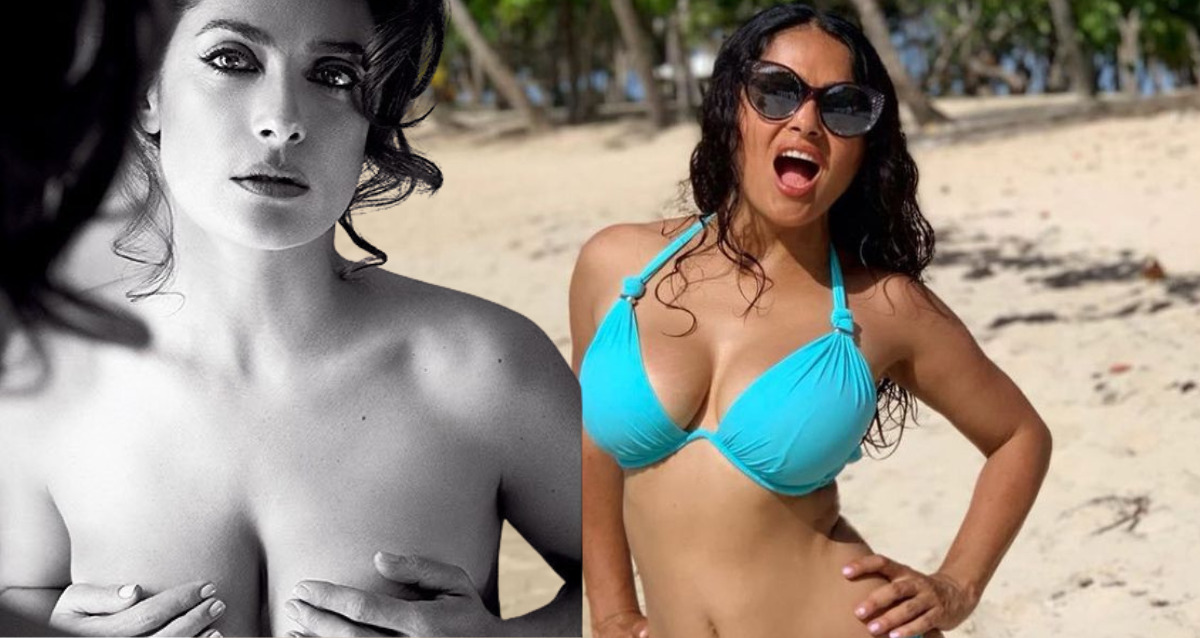 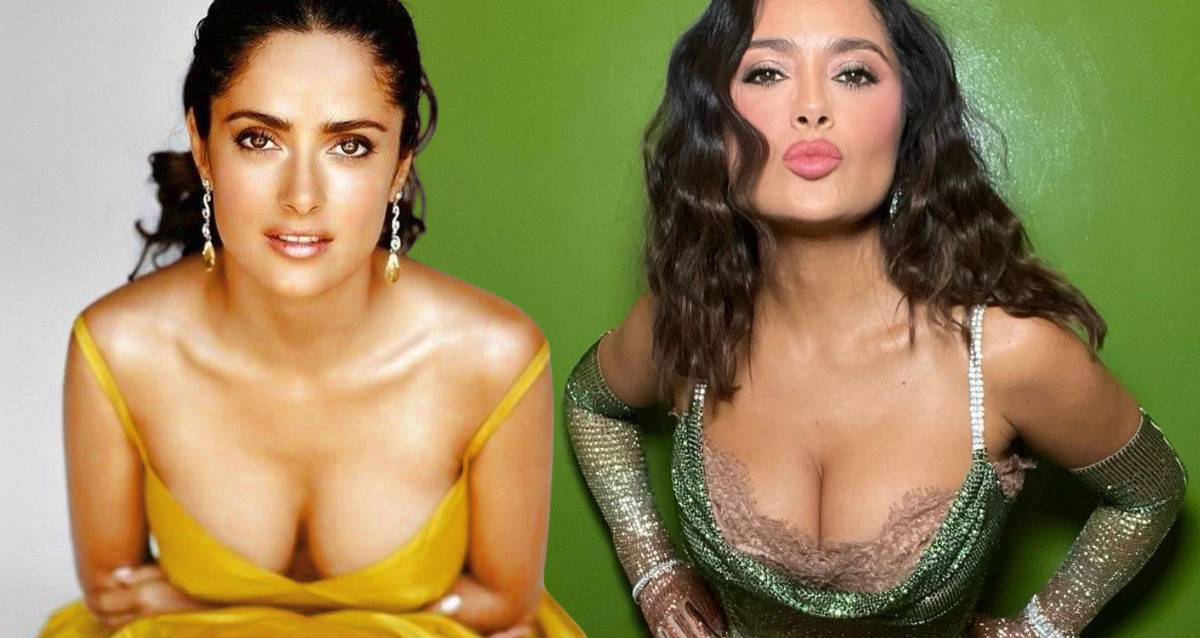 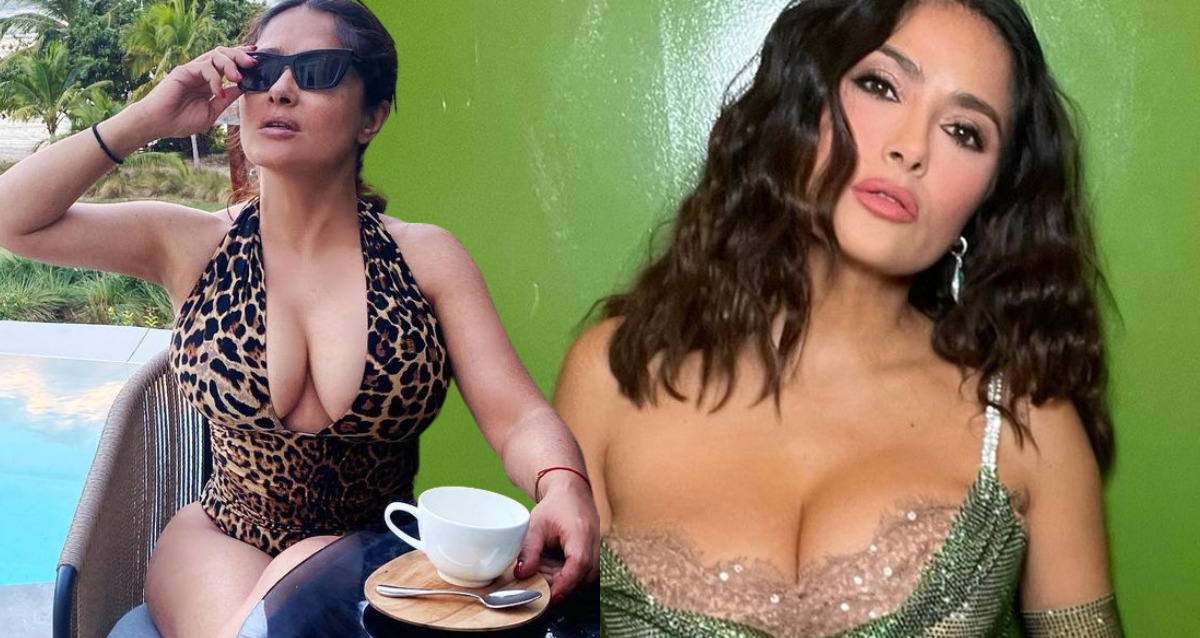 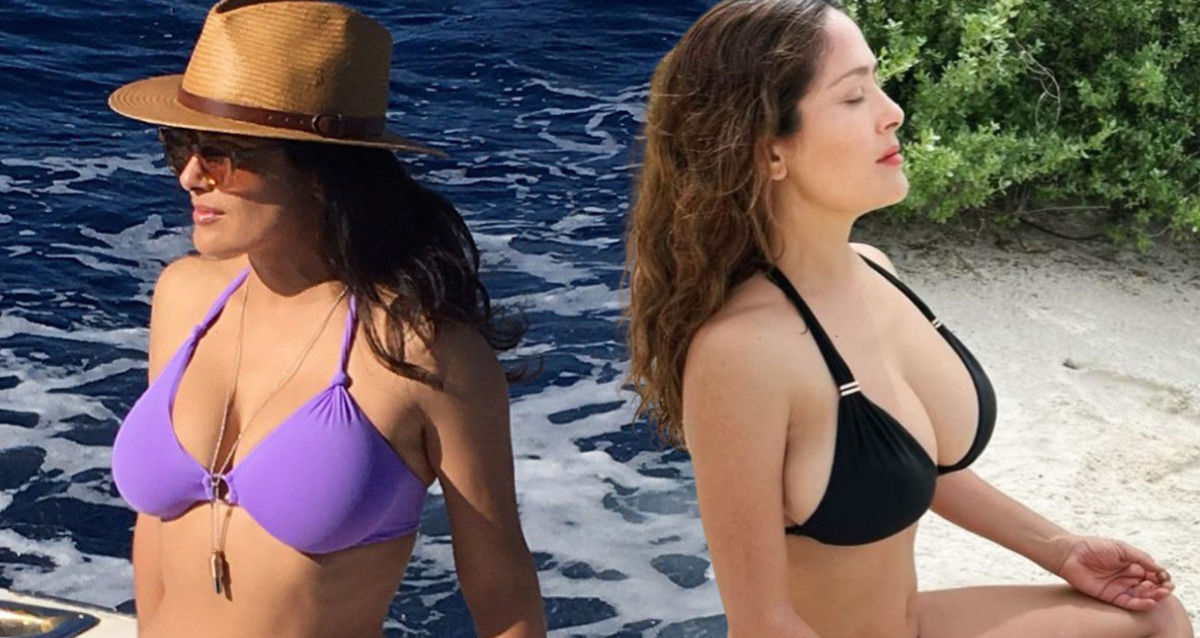