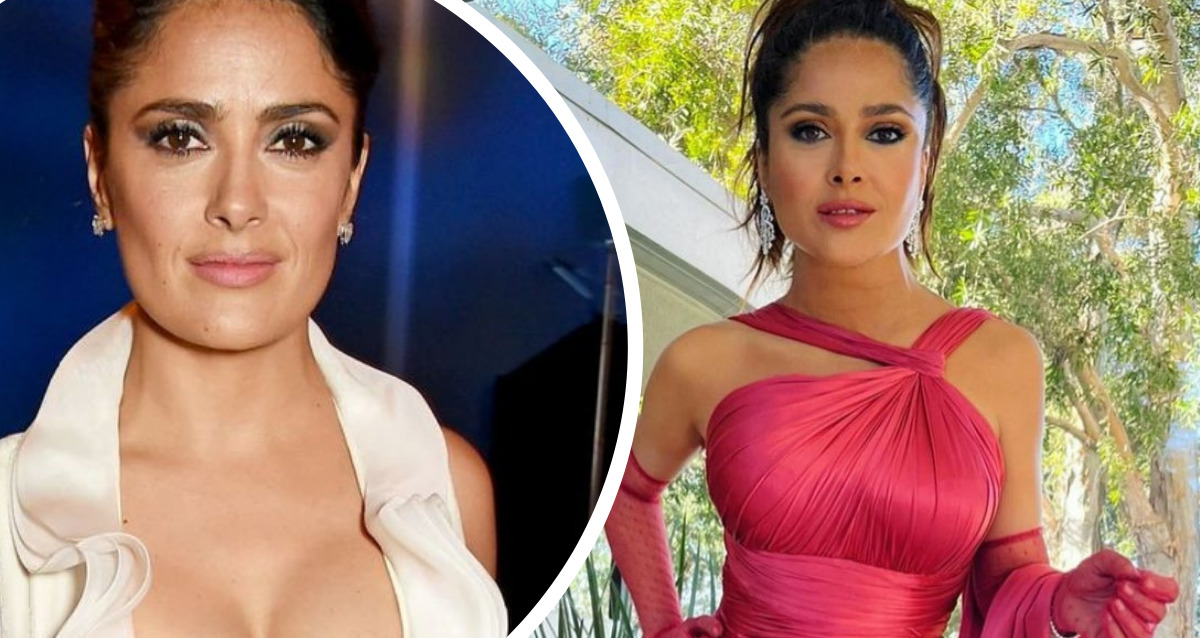 Salma Hayek turned heads as she appeared in a coral satin gown at the red carpet of the Screen Guild Award 2022. The 55 year old actress joined the great and good of her film and television fraternity. 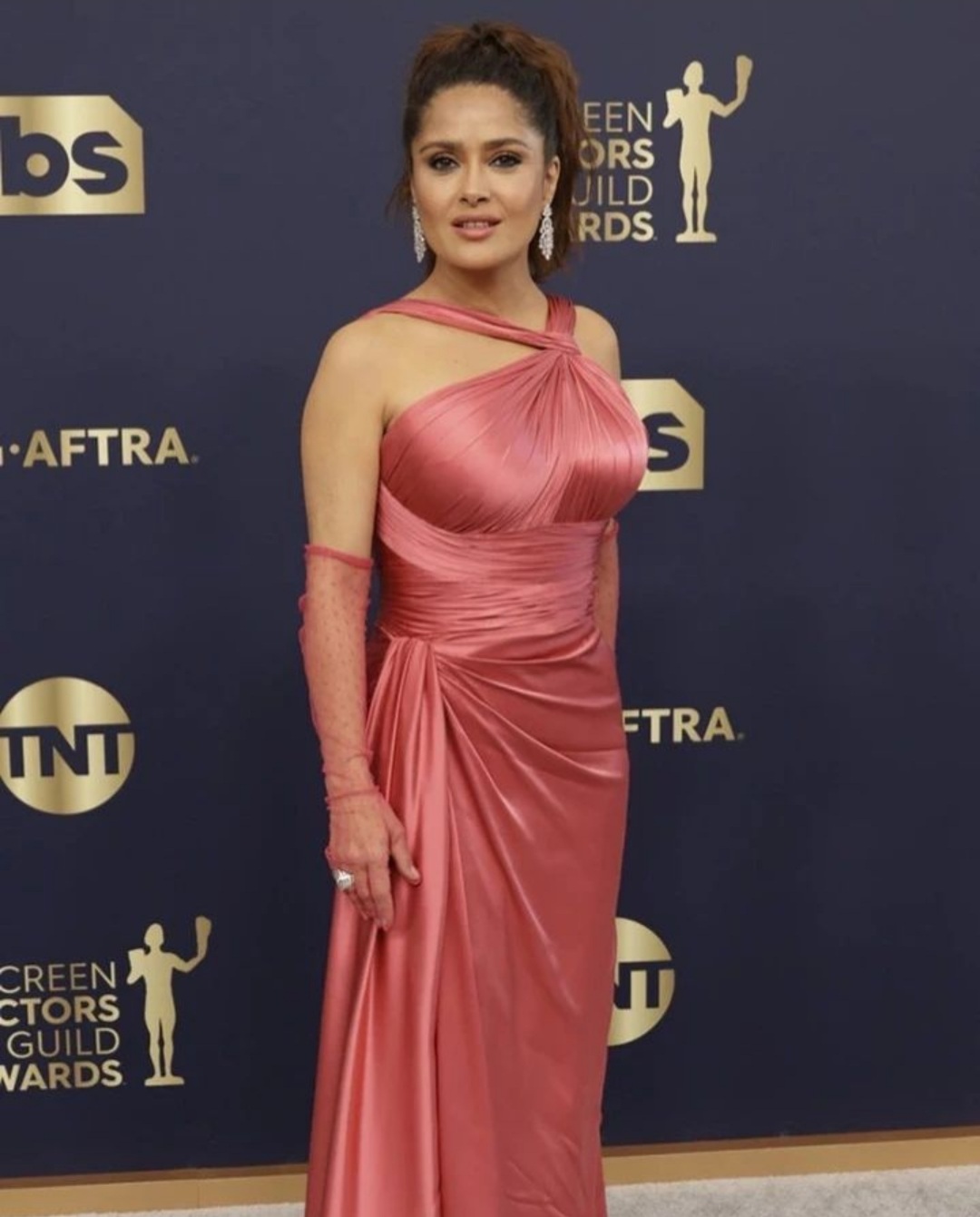 The Mexican American actress oozed glam wearing a slinky Gucci Gown that has a ruche detailing along the waist and bust area. The unique pattern of the off shoulder dress has accentuated the curves of the House of Gucci actress. 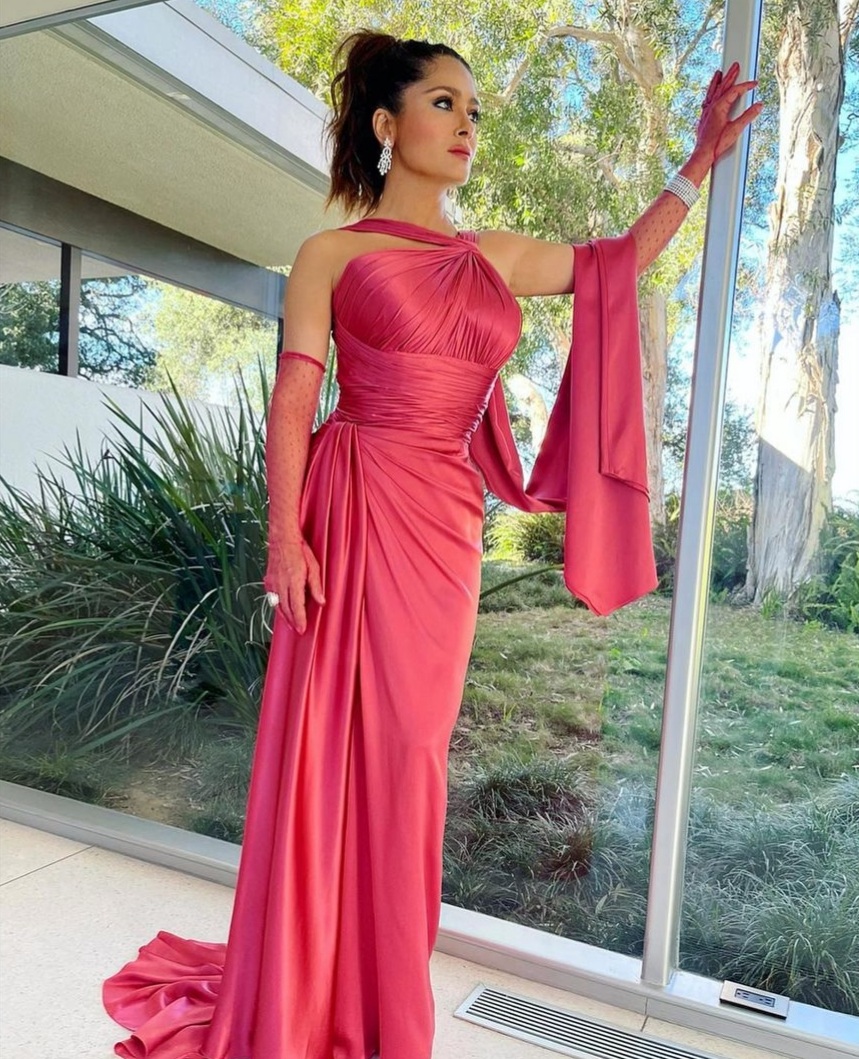 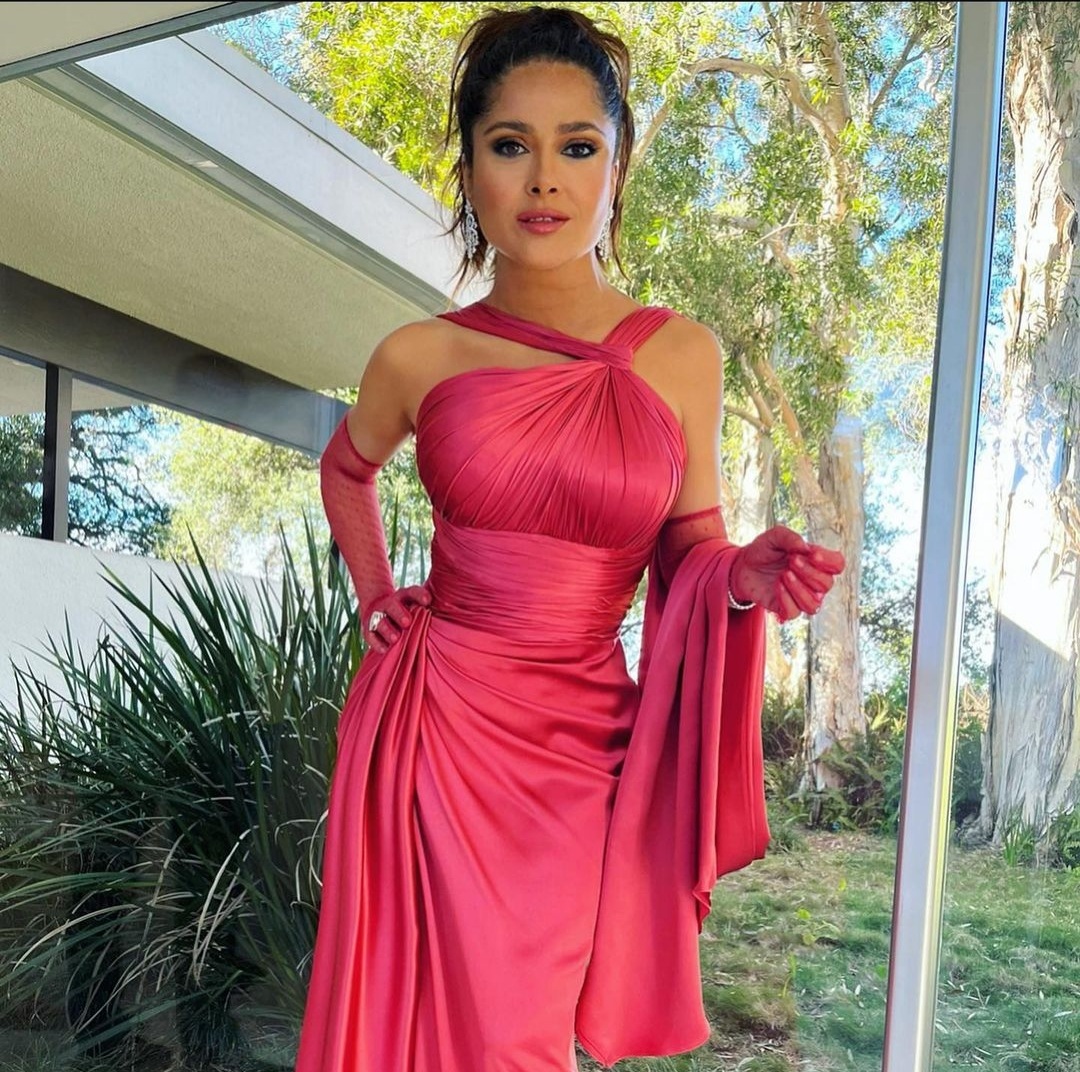 For makeup, Salma played with the eyeshadow and gave a greenish hint under the lower lashline. She finished off her look with coral lipstick that matched her outfit.

Salma Hayek was nominated for the award Outstanding Performance by a Cast in a Motion Picture for her character in the House of Gucci film.

The actress made a stunning appearance at the red carpet with her businessman-husband, François-Henri Pinault. The duo got married in 2009 before they got engaged in 2006. They share a daughter together, Valentina.

Recently, Salma Hayek’s ‘sister-like’ good friend Penelope Cruz opened up about Salma, on Ellen DeGeners show, how she helped Cruze during her initial phase in the industry. She stated, “I was coming here for two months and I didn’t know anyone here. And she picked me up and said, ‘You’re not going to the hotel. You’re coming to my house because this is hard at the beginning and you’re going to feel very lonely.'”

She further stated, “It was amazing, you know, that somebody that I didn’t know — only on the phone — she made sure that she picked me up at the airport and she didn’t let me go to the hotel. I love her so much.” 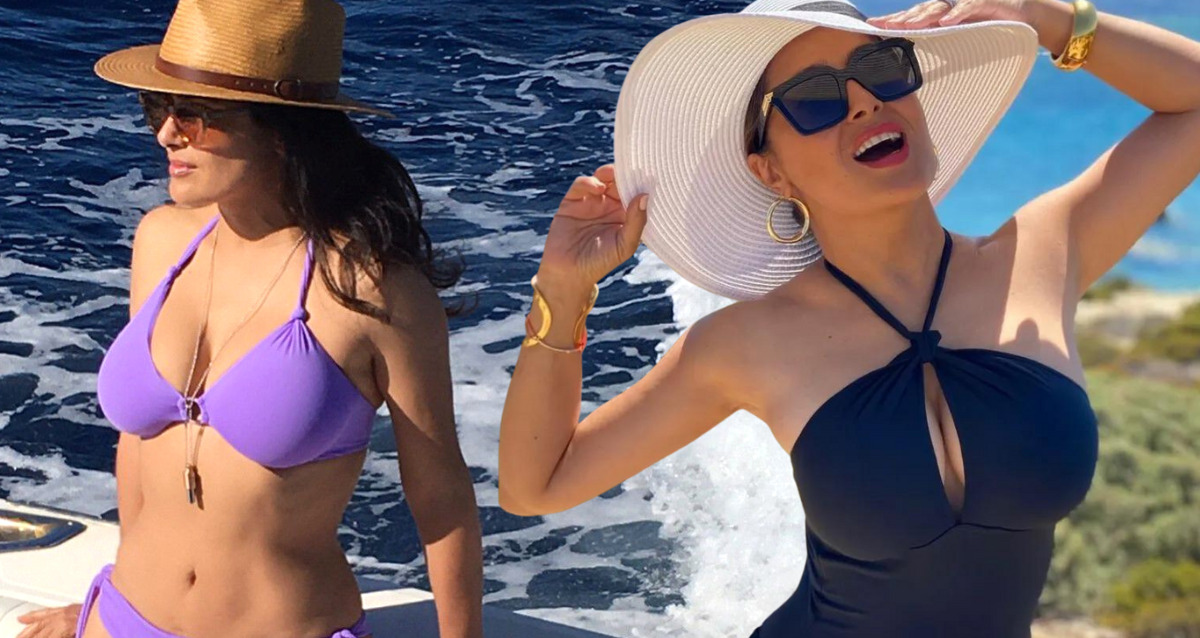 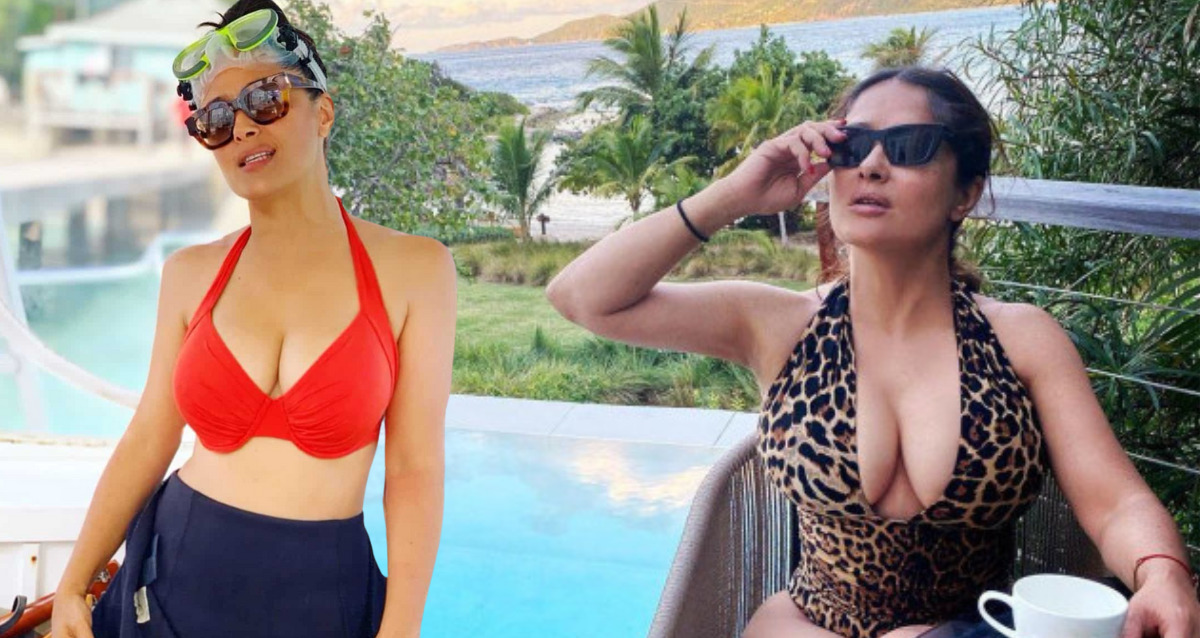 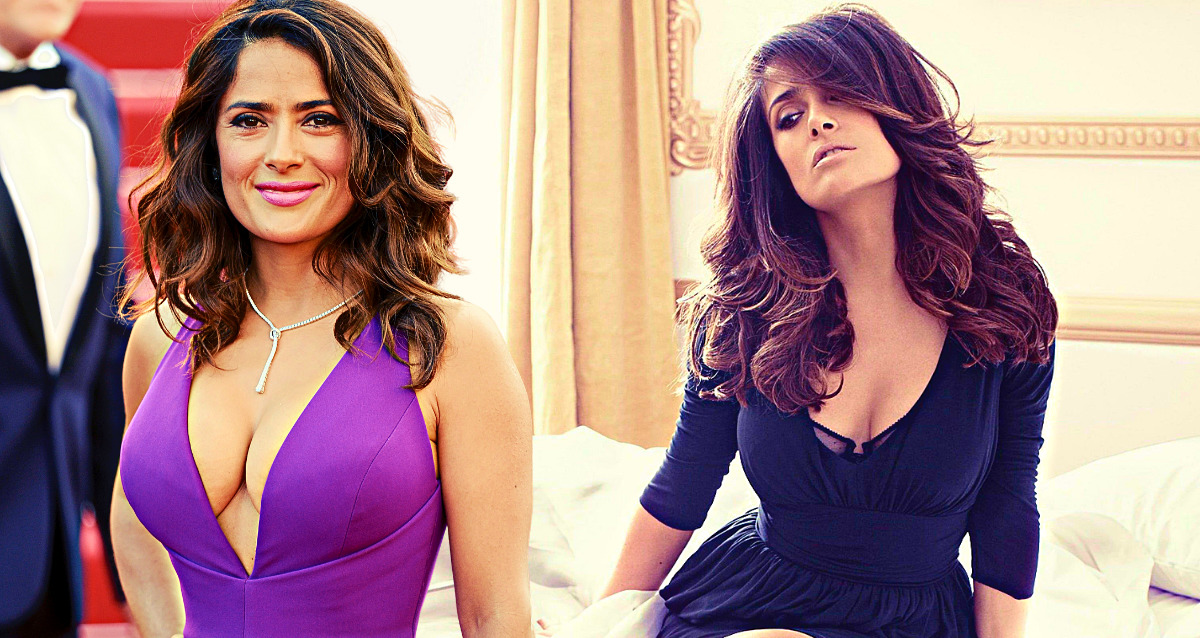 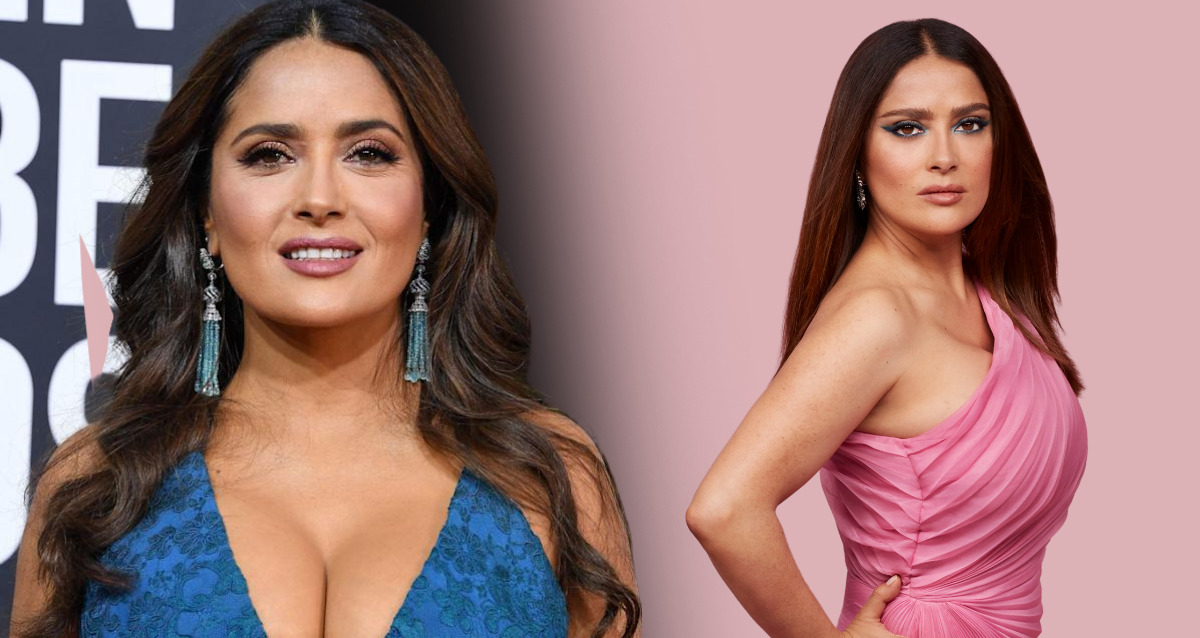 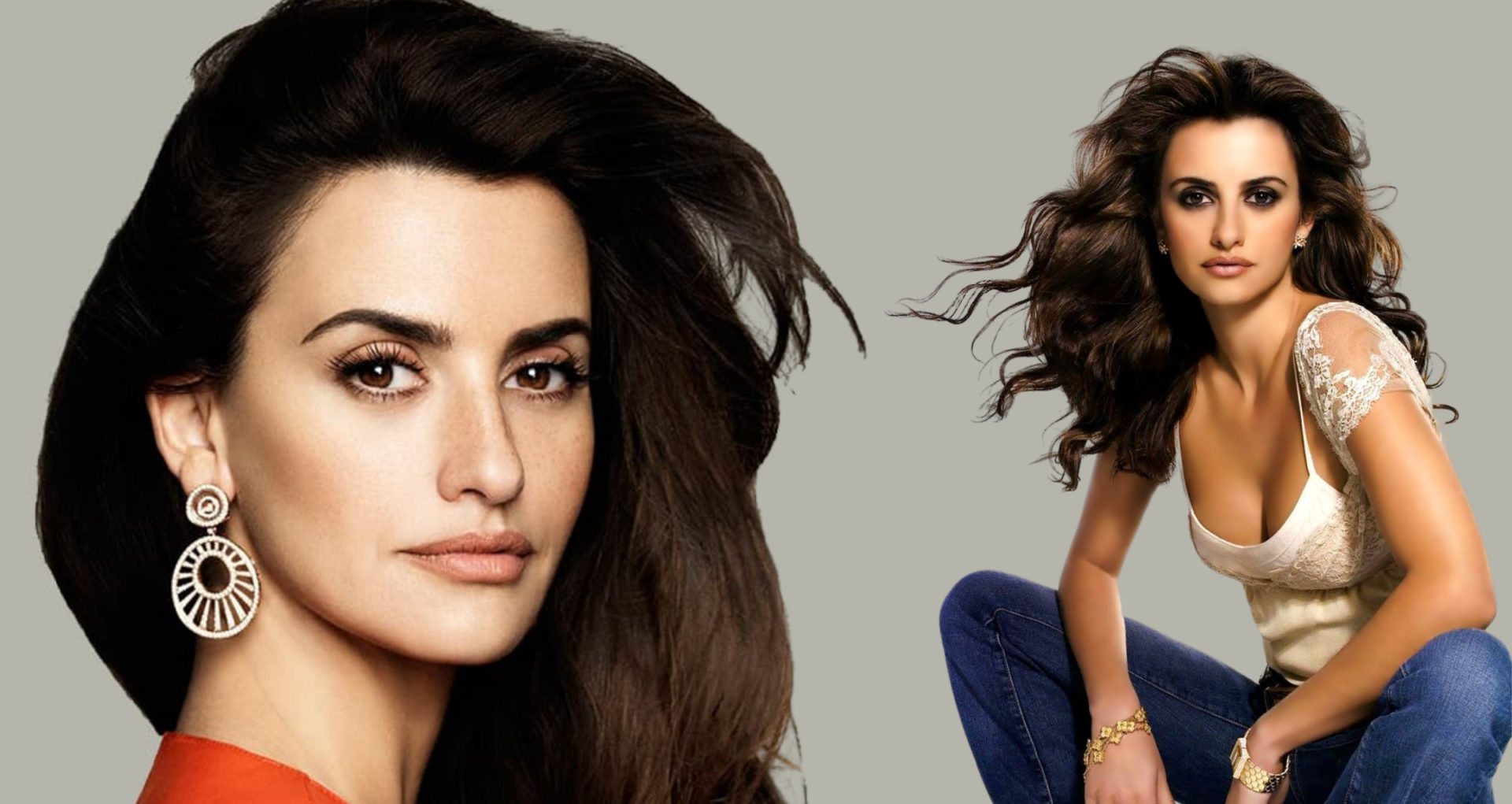