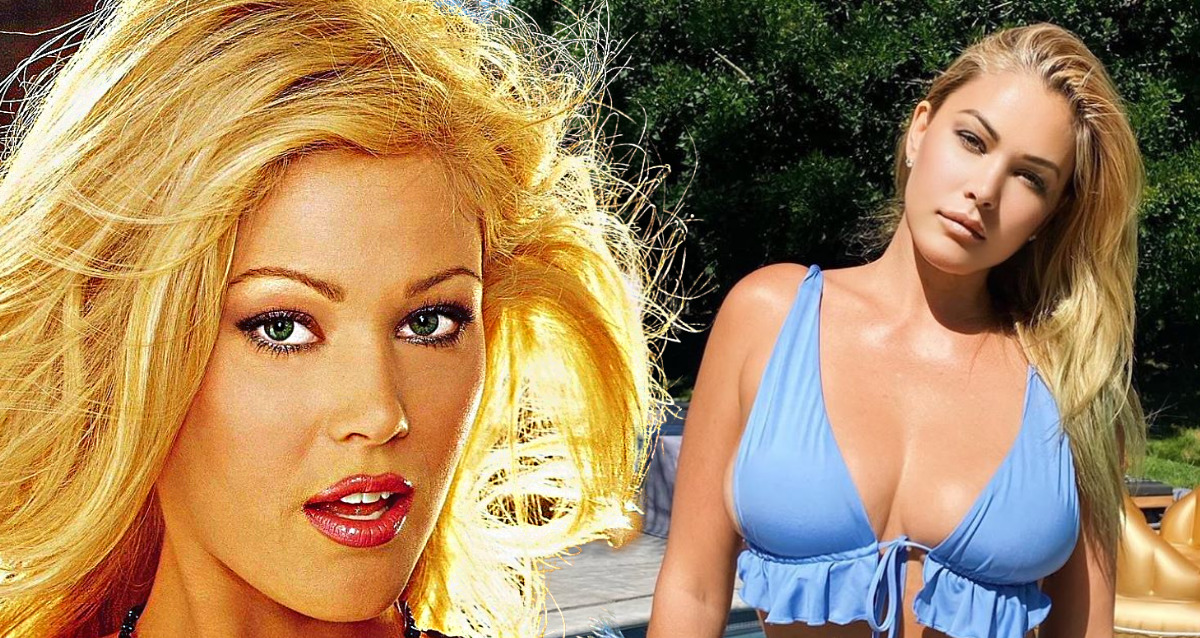 This Tuesday, Shanna Moakler took to Instagram to flaunt her incredible bikini figure by posting a sexy throwback picture.

The 47 year-old bombshell left little to imagination in a high-cut black swimsuit that allowed a generous peek at some underboob action as she posed on a boulder.

Moakler glammed up her look with jewelry, including a navel piercing, highlighting her naturally striking features with makeup. 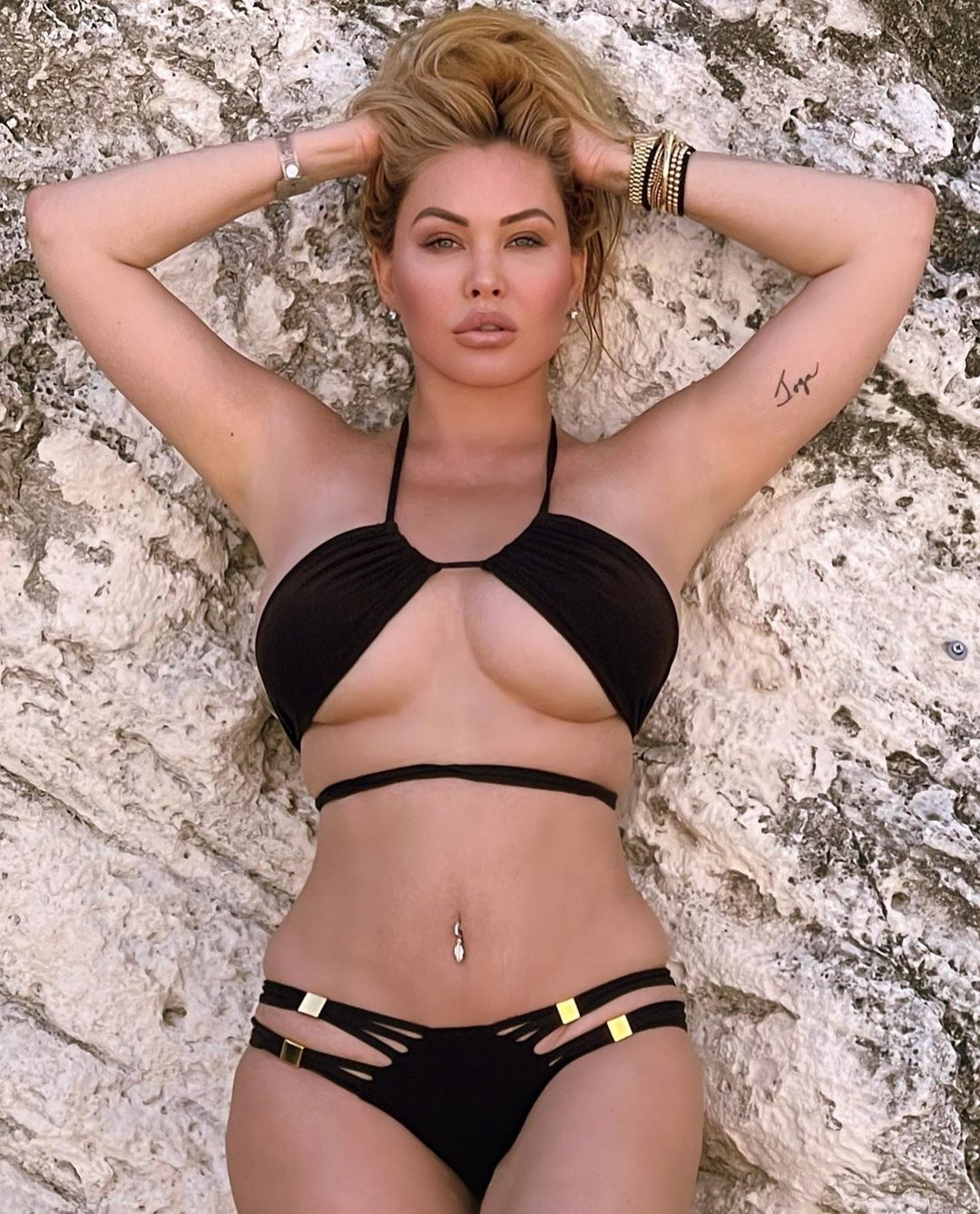 Shanna Moakler addressed her 350,000 Instagram followers in the caption that read: ‘Wishing I was back in Cabo…. for now…work time!’

This latest update from her comes after she gave a shout-out to her ex-husband Travis Barker on his wedding to Kourtney Kardashian in Las Vegas.

In a conversation with People, Shanna said, ‘Congratulations to the happy couple. I wish them the best that life has to offer on their journey together.’ 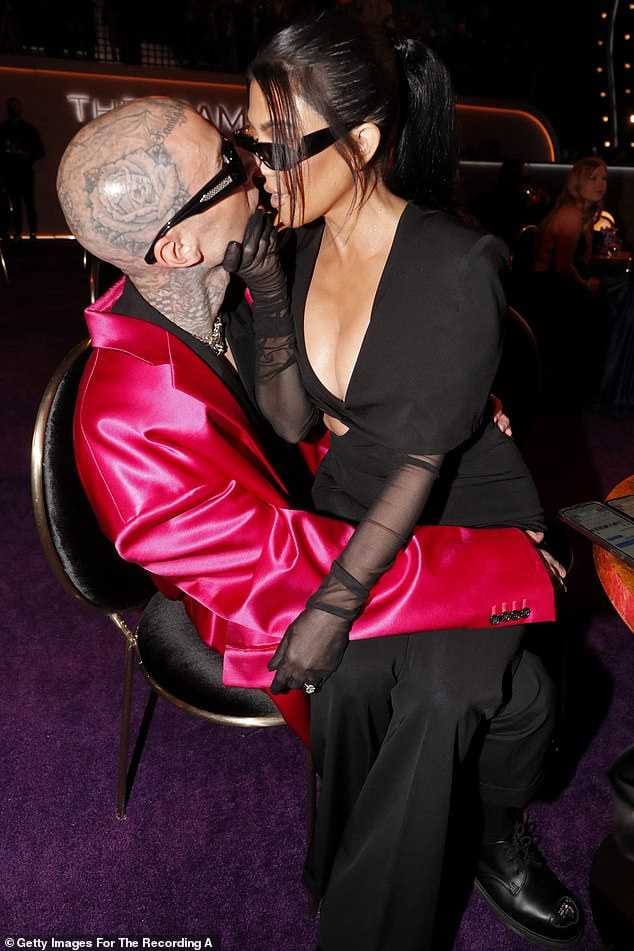 Kourtney and Travis announced their engagement last October. The couple tied the knot in the presence of an Elvis impersonator after attending the Grammy Awards together.

In a DailyMail report, the couple were spotted returning to their hotel around 2:30am after the ceremony. A source said Kourtney had enjoyed ‘a few drinks’ during the evening.

Earlier, it was claimed that the couple arrived at the chapel with a marriage license. However, another report deemed this to be untrue, thus calling the marriage not legal. 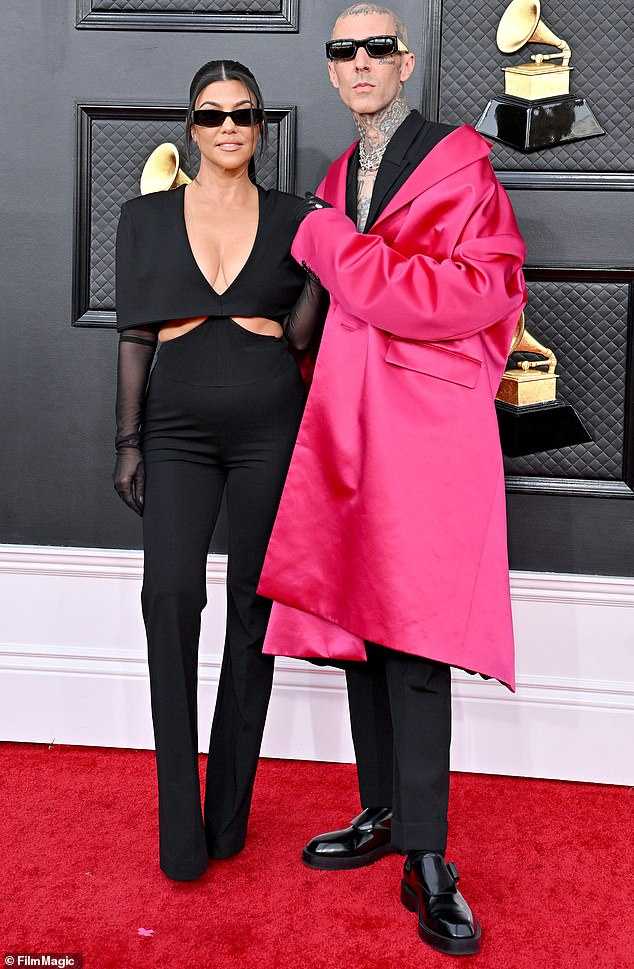 In an interview with Jimmy Kimmel, Kourtney called the Vegas ceremony to be a ‘practice’ wedding, telling Jimmy Kimmel: ‘There was no, like, possibility to get a marriage license at that hour.’

The pair are currently planning ‘an intimate ceremony and party for family and close friends,’ an insider told People, adding: ‘They don’t want a big wedding.’

On the other hand, in March, Shanna publicly shared the news of her pregnancy. But it was a false alarm.

‘I received a false positive test due to the fact I had taken a hormone called HCG to help me lose weight for Big Brother,’ she told Entertainment Tonight. 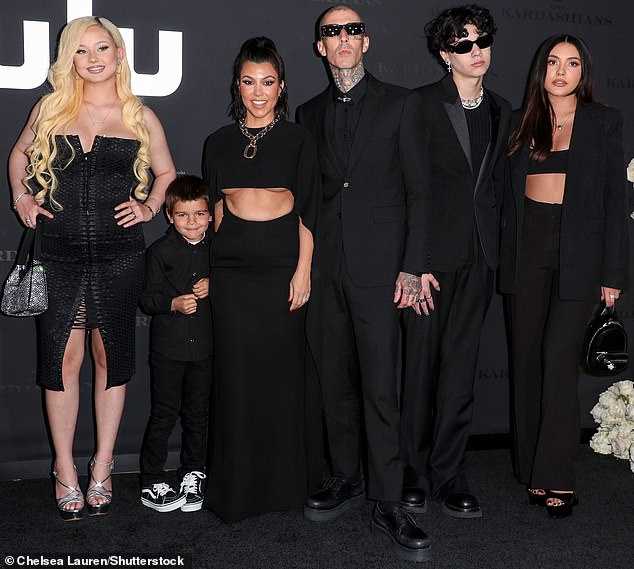 Shanna Moakler got huge limelight in late February because of her controversial breakup with her much younger boyfriend Matthew Rondeau. The blow-up ended with Matthew’s arrest for felony domestic violence.

But in mid-March, TMZ and Page Six reported that Shanna and Matthew had dined together at a Lebanese restaurant in Providence, Rhode Island.

Shanna, however, told Us Weekly that ‘as of now’ they were no longer a couple. 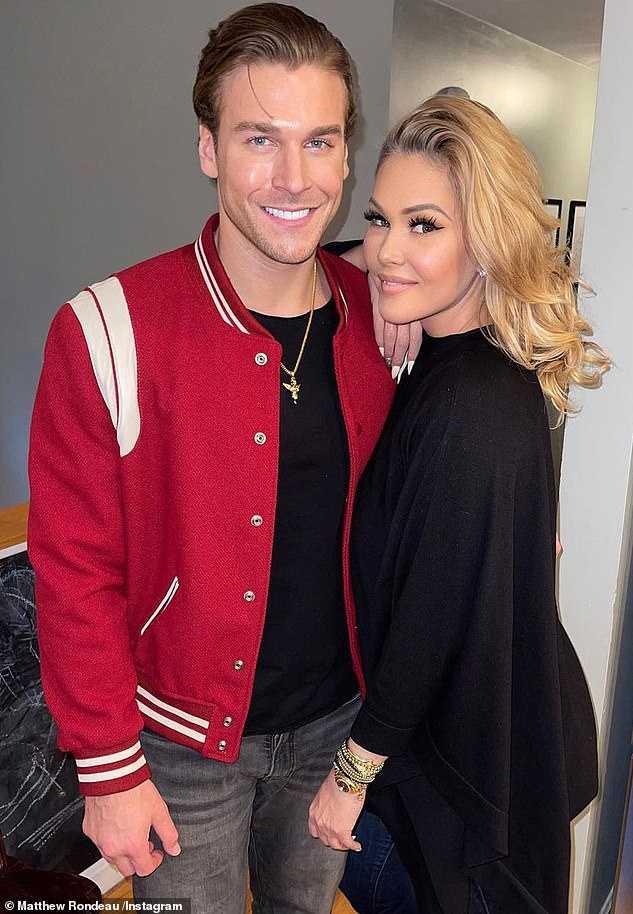 ‘We clearly hit a low in our relationship and it’s not something that we can resolve overnight. It takes time to heal,’ she said.

‘I know we are not the first to deal with these issues, but we are actively taking the steps to remedy it for ourselves and our families.’

She insisted that ‘I would not be with a man who was portrayed as a monster for the past two years of our relationship,’ calling Matthew ‘a good and loving man whom I will always care deeply for’ while maintaining that ‘I do not condone his behavior.’ 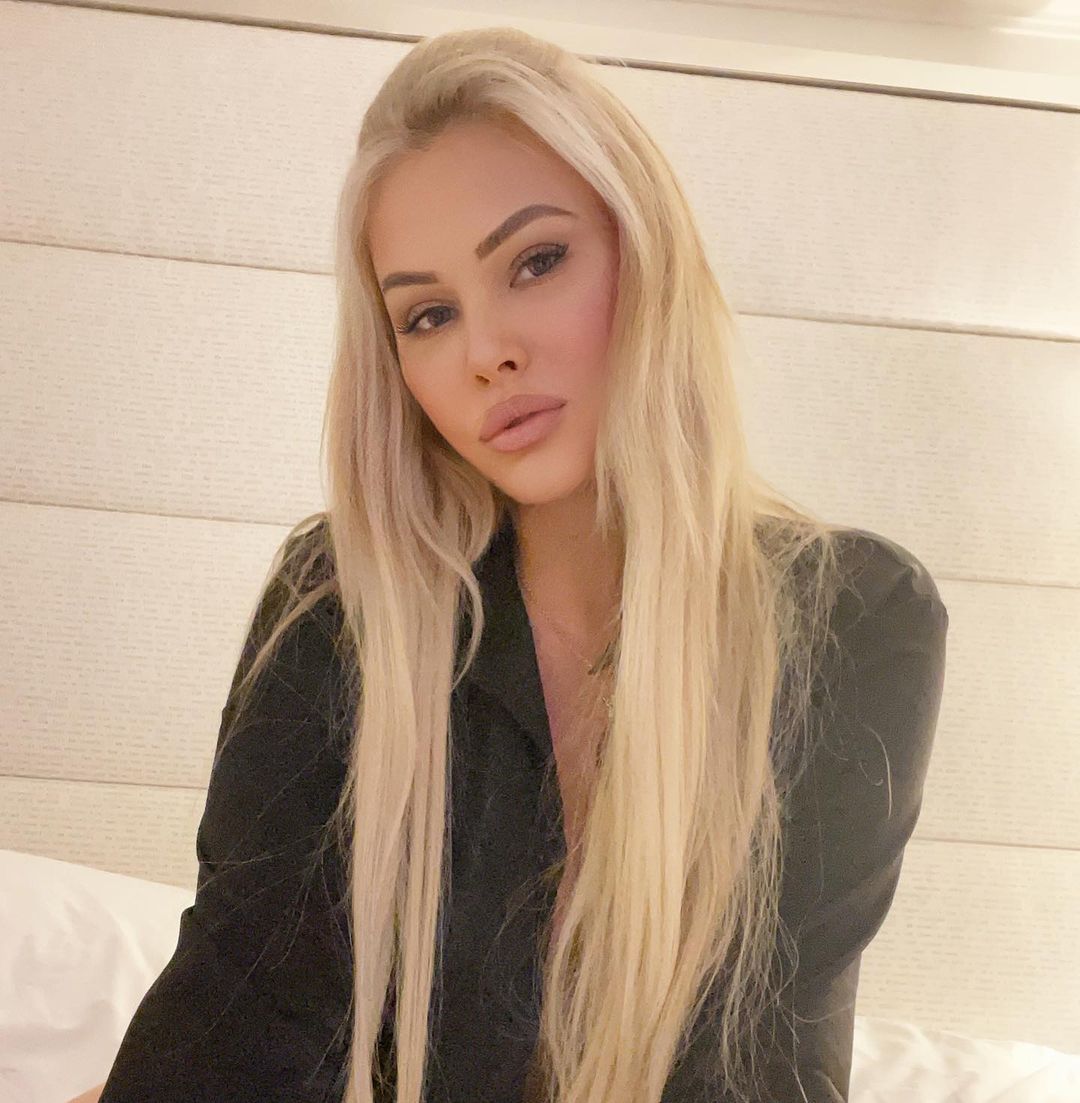 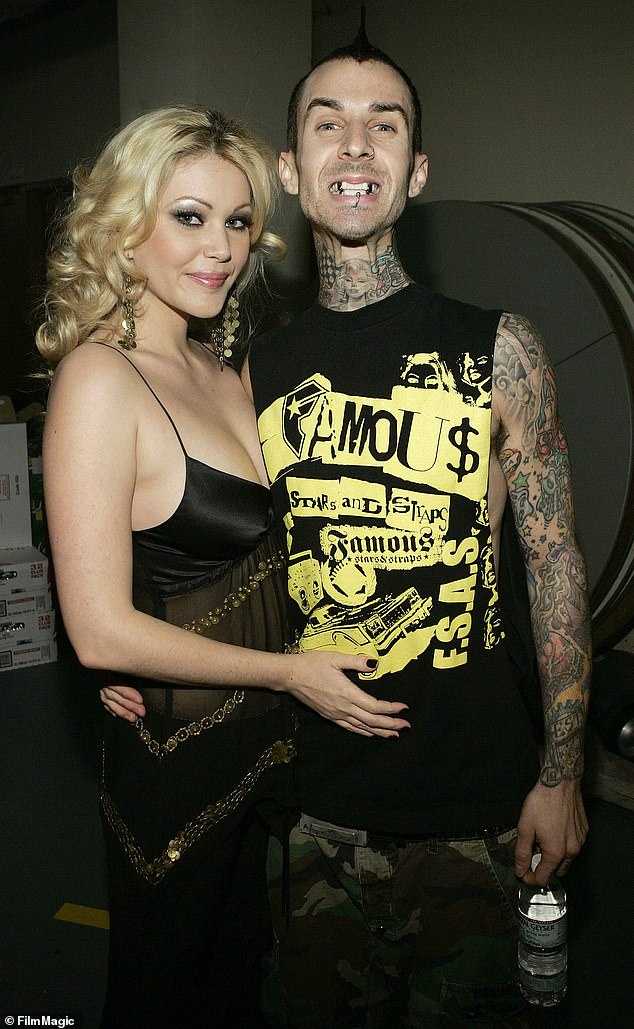 Also, Shanna has accused Travis of having an affair with Kiim, which ultimately led to the two of them separating.

‘I divorced Travis because I caught him having an affair with Kim!’ prompting a Kim source to insist to Page Six that there was ‘zero truth’ to the allegation.’