While She-Hulk episode 5 did not have any cameos or even a post-credits scene for that matter. There was a bit of an easter egg hidden in the credits. The beautifully animated credits change a little every week depending upon the content of the episode. This week too there were additional scenes where Marvel teased some of its biggest superheroes from Cyclops in X-Men and Deadpool to Ben Grimm from the Fantastic Four. Pug and Nikki in She-Hulk

Remember Pug? The lawyer who had to defend the slimeball defense attorney Dennis with the Asgardian light elf as his ex-girlfriend. Well, in this episode of She-Hulk we see him approach Nikki Ramos and ask her for a favour. The favour is just as whacky as the character himself. He asks Nikki to stand in line with him for purchasing new Iron Man sneakers. When asked what he would do with two of them he says that one is for wearing whereas the other is for stocking. Sounds exactly like a typical sneaker-head to me. This is also when he tells Nikki about the drip broker. Either way, during the credits, one of the scenes involve Pug showing his impressive sneaker collection to Nikki who is clearly shocked and is about to mock him. We love Nicki and her reactions after all.

Easter eggs for X-Men, Fantastic Four, Deadpool and others Pug’s shoe collection has easter eggs for almost a dozen superheroes. There are the obvious ones such as Iron Man that Pug is holding and the Captain America one sitting on a shelf. There’s also others such as the green one for Hulk, the one with red wings for Falcon, the purple and pink one for Hawkeye and his new improved costume and the black one with white embellishments for Black Panther. Then there is one for Doctor Strange, one for Thor, the one with a tiny moon on white sneaker for Moon Knight, the red and blue one for Spider-Man and the one above it is for Ms. Marvel. 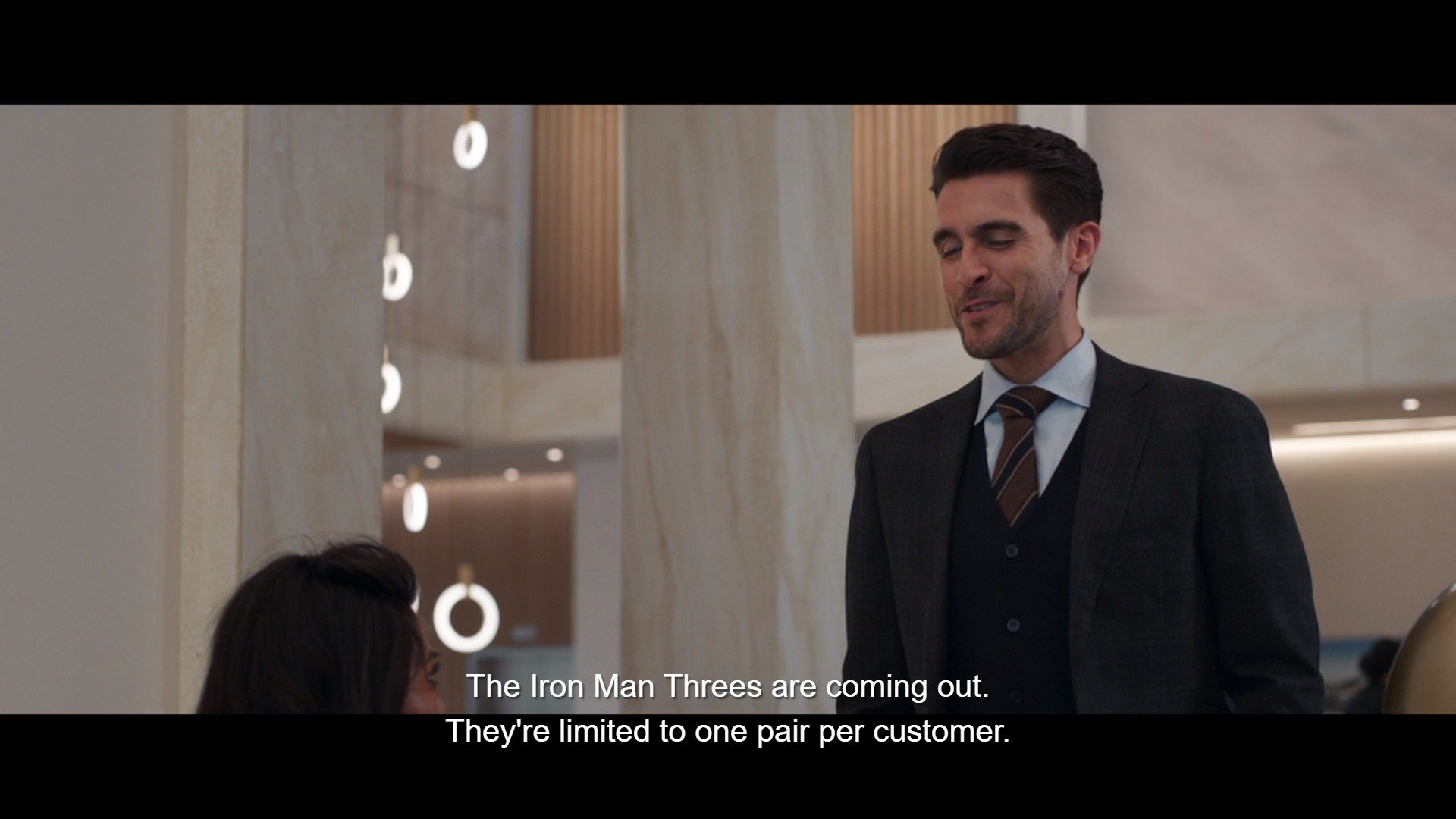 There are also many shoes for characters who will be debuting in upcoming films. This includes the pretty obvious red and black design for Deadpool. Not only will he appear in Deadpool 3 but he might also have a cameo in Avengers: Kang Dynasty. There’s one for Ben Grimm also known as the Thing from Fantastic Four. The design is a pretty simple one with the rocks and the blue accents. Right above it there’s one for Wolverine in yellow and blue. Wolverine has already been teased once before in She-Hulk through a news article headline. Another similar blue and yellow design is for Cyclops. This should make X-Men fans very excited because technically they are already a part of the MCU and will appear on our screens very soon. There’s one for Namor, the villain or rather anti-hero of the upcoming movie Black Panther: Wakanda Forever.

The previous episode of She-Hulk had several references to Ghost Rider and there is a shoe even for him. Then there’s one for Gambit, Cable, Speedball, Leapfrog and Green Goblin. There is also one for Nova aka Richard Rider who will soon make his MCU debut. Lastly there is a silver white shoe right below Captain America’s that is dedicated to Silver Surfer.

What does this mean for the MCU?

Since Pug has collected all these shoes it could mean one of three things. This scene could be there purely as easter eggs for fans while meaning nothing in the bigger picture. However, that seems unlikely considering how well planned She-Hulk is and how it meticulously teases future superheroes and storylines. The next possibility is the most likely one. These characters including X-Men, Fantastic Four and Deadpool are already a part of the MCU and the main timeline. They just have not appeared on our screens yet. The last explanation is definitely a far fetched one. It is possible that similar Marvel Comics exist in the Marvel universe itself which would mean that while the superheroes haven’t been seen in action, their stories have been heard and read. Tell us what you think about all this!