Showrunner Lauren Schmidt Hissrich has been working hard towards promoting The Witcher Season 2. And only recently, Hissrich revealed a prominent scene previously shot to put in Season 2. However, the production decided to delete it and instead feature it in the show’s third season.

All-new episodes of the dystopian world of The Witcher are scheduled to premiere on Netflix in December. The show will follow the story of Geralt of Rivia (Henry Cavill) as he takes on his mission to protect Princess Cirilla of Cintra, aka Ciri (Freya Allan). This is a continuation of the Season 1 finale, where their destinies eventually bring them together.

The mystical lore of Witcher is filled to the brim with compelling elements. From magic to monsters to engaging characters and locations. It is nearly impossible to try and do justice to the details sketched out in the source material with a story as diverse as this one mainly because it is ultimately fleshed out into a visual medium for audiences to consume.

The second season of The Witcher received an exclusive premiere in London recently. At the venue, showrunner Lauren Schmidt Hissrich got in conversation with Metro.co.uk. She talked about this one scene in particular that the creators have thought better to hold until later. This is because the scenario will go well with the premises of the third series.

Hissrich elaborated on the topic and disclosed that the said sequence featured sorcerer Vilgefortz (Mahesh Jadu) and mage Stregobor (Lars Mikkelsen). We already know that the two characters have appeared in the show since season 1 itself. ‘I think that in writing a series this big, where there is so much rich history, we have to take care of when we’re introducing certain things,’ she said.

She continued to add: ‘To me, the history of Vilgefortz, who he is in this world – he enters almost as a stranger, and everyone’s wondering what his history is, where he came from. ‘That hugely comes into fruition in season three, so that’s a scene that we wanted to hold back.’

Also, Read Henry Cavill Talks About The Injury He Sustained While Filming The Witcher

Mahesh Jadu as Vilgefortz in The Witcher
(Picture: Netflix)

Lars Mikkelsen as Stregobor in The Witcher
(Picture: Netflix)

In addition to this revelation during the premiere, the topic of Henry Cavill’s injury also came up. Freya Allan reminisced the fateful day to Metro.co.uk and explained what it was like on set following that. Henry’s on-set leg injury was as awful as they come, and for the actor to recover, the production and Hissrich decided to prolong the shoot. 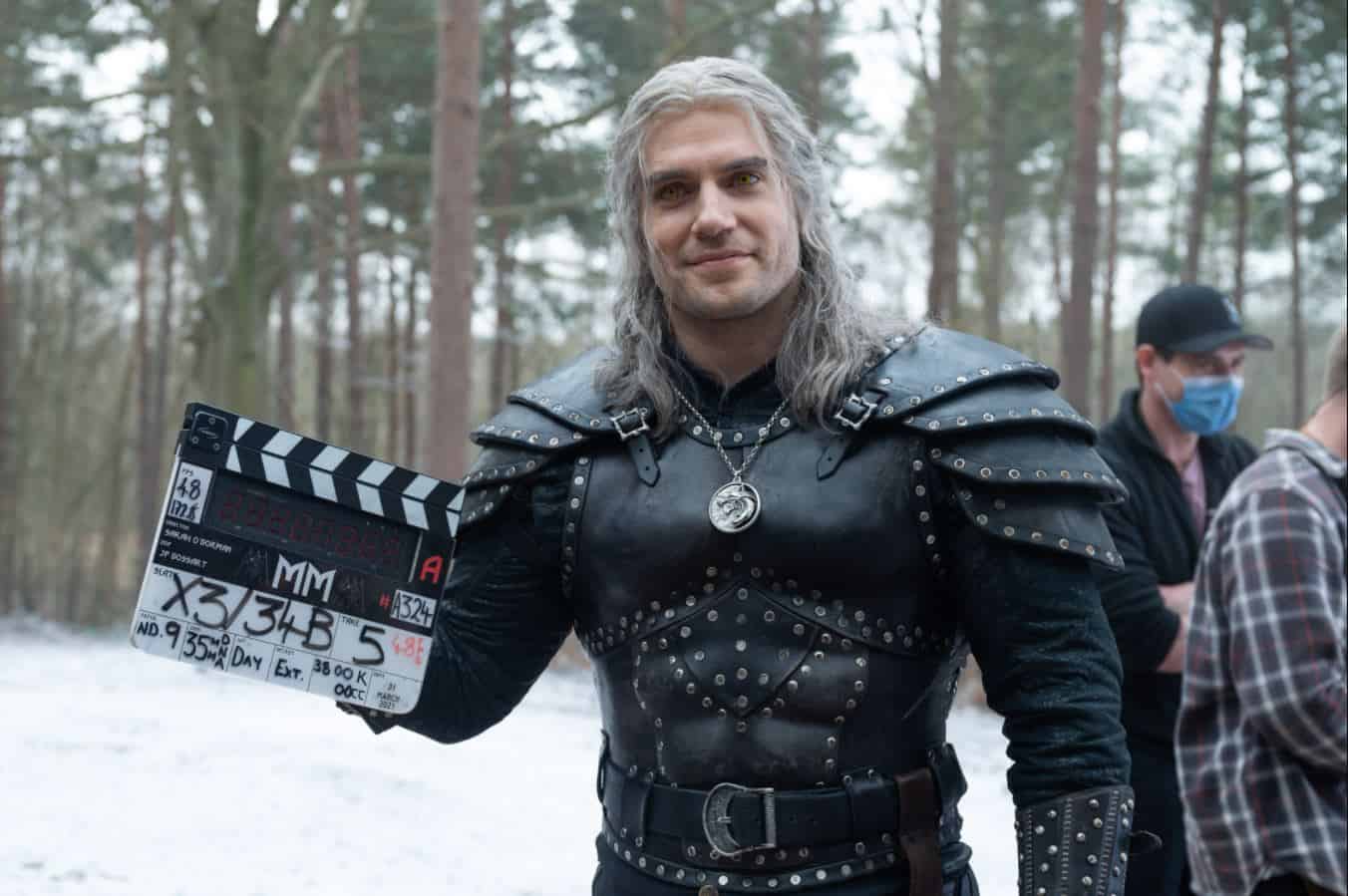 Henry Cavill on the sets of The Witcher Season 2

‘I was there, and I had just been doing the same thing that he was doing when he injured himself because we had to both do it,’ Freya said. ‘So I was kind of like, “Oh my god, is he alright?” And I think he went straight to the doctors and things.’

The Witcher Season 2 will air exclusively on Netflix on December 17, 2021.