Marvel Studios went big with its last outing Spider-Man: No Way Home. The film continues its triumphant run in theaters with some of the grandest sequences and heartwarming moments in the history of the MCU. First, the web-slinger saw massive turmoil when Mysterio revealed Peter Parker’s true identity. After that, the confusion only escalated. And as we went deeper into the concept of the Multiverse, we were met with some of the most spectacular villains and heroes from the past.

For over two years, social media was surrounded by several rumors and announcements regarding the expanse of the film. Thus, the entire marketing of No Way Home naturally focused on the movie’s team of previous Spider-Man villains. Back then, the bunch was called the Fearsome Five. And when Marvel finally dropped No Way Home, all these villains, from Alfred Molina’s Doc Ock to Jamie Foxx’s Electro made a lasting impact on the narrative. Following that, the Spider-Men trio restored them and transported them back into their respective universes.

In the months leading up to the film’s release, more and more villains made it into fan speculations. Eventually, the Sinister Six making it into the MCU made more sense than ever. However, the end product had something else in store for eager fans. But now, a new piece of concept art has surfaced on the internet. And according to the latest details, it appears as if Marvel and Sony were considering the Sinister Six at the time of developing the film.

In the first picture, Quentin Beck is using the same powers he had in Spider-Man: Far From Home. The ones that later turned out to be the work of Stark drones and the EDITH glasses that Tony Stark handed over to Peter Parker.

Mysterio Concept Art No by Andrew Reeder on ArtStation

Meanwhile, the opposite side of the image reveals Benedict Cumberbatch’s Doctor Strange as he’s flying behind Lady Liberty’s head. The sorcerer is using his magical shields to defend himself from Mysterio.

According to the image, the Statue of Liberty is falling into pieces as Doctor Strange casts his magic. And the particular art of the Statue was created before the monument became a meaningful tribute to Captain America.

Also Read : Who Will Be The One Sinister Six Villain Missing From Spider-Man: No Way Home Trailer

The MCU Was So Close To Giving Us The Sinister Six 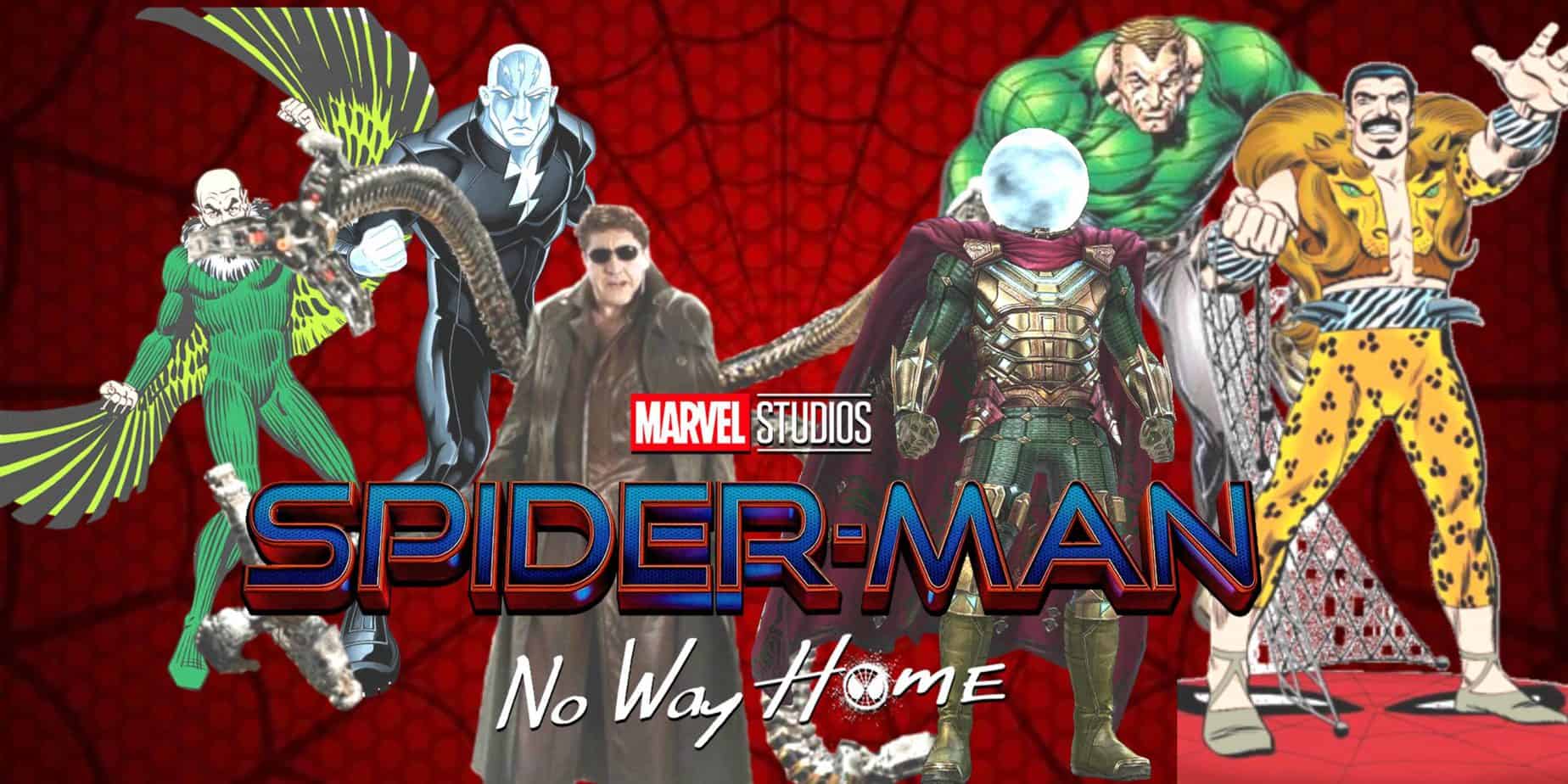 Sinister Six in No Way Home

As soon as Marvel fans learned of Sony’s plans of bringing the Sinister Six to the MCU one day, they began theorizing about how it would work out. It helped that Spider-Man: No Way Home made slow reveals about various villains from Tobey Maguire and Andrew Garfield’s Spidey movies. The idea came very close to becoming a reality through the MCU’s Spider-Man threequel. And considering the franchise’s history, the approach made very much sense.

For the proper conclusion of the Infinity Saga, it was crucial for Mysterio to allegedly die. More so because at the end of Far From Home, he revealed Peter Parker’s secret Spider-Man identity.

The possibility of Mysterio’s survival didn’t seem far-fetched. And the new art portrays how the villain would have seemed into the MCU through No Way Home. Also, there were several promotional materials that suggested Mysterio’s involvement in No Way Home. This is despite any confirmation of his role in the overall plotline.

Had it been brought to life, Mysterio would have become the one antagonist in No Way Home to have prior ties to the MCU. This would only add to the plethora of problems for Peter Parker in addition to the Multiversal chaos. If Mysterio would have an impact on the story, we have no way of knowing. However, it appears as if Marvel and Sony are keeping the villain in store for an epic surprise appearance some time later.

Spider-Man: No Way Home is now playing in theaters worldwide.