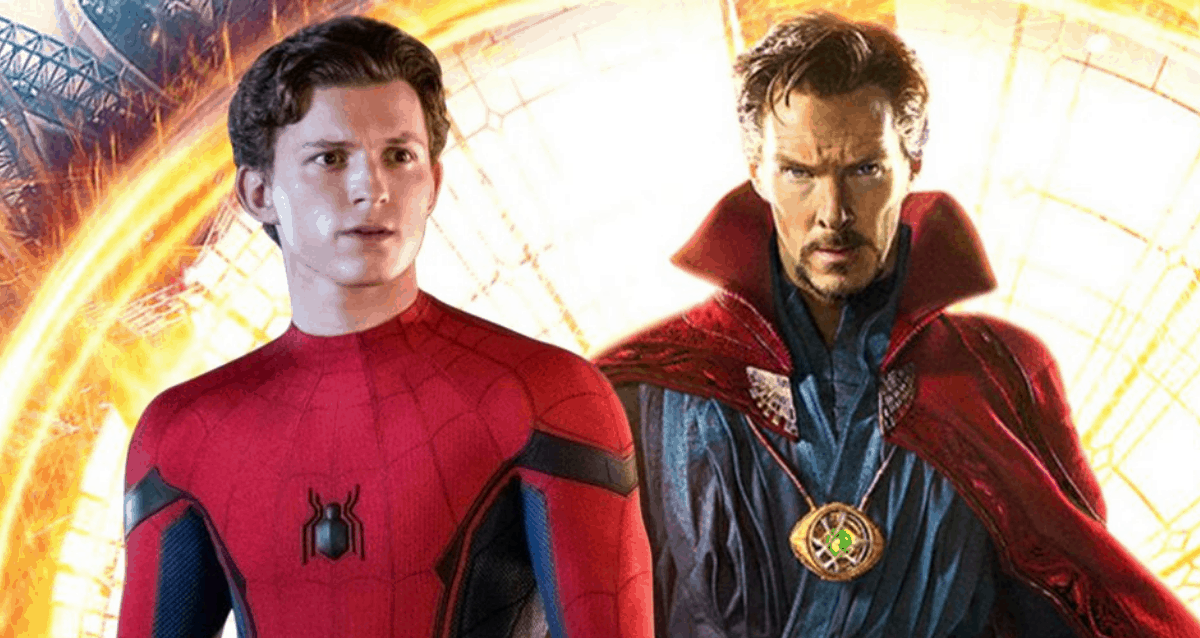 Black Widow’s release in July means that right now, only 3 more MCU Movies are left to be shown this year. In under a month, we will get to enjoy Shang-Chi who is the newest hero to join the MCU ranks.

After that will come Eternals, a movie that will explore the cosmic beginnings of the galaxy. There, we will get to meet the Celestials. The final one is the movie that everyone is anticipating. It’s simply not possible to have not heard about Spider-Man: No Way Home.

Anticipation was high after the ending of Spider-Man: Far From Home. As a result, everyone has high expectations from the sequel. Marvel further hyped up the excitement by adding a multiverse element to it all.

Even though Shang-Chi and The Eternals have received trailers, but the same can’t be said for Spider-Man: Far From Home. As such, everyone is waiting for the first trailer of the movie. No one quite knows when it will arrive.

But for the time being everyone can take a look at the brand new official promo art. This will help people get an idea about what’s to come.

Spidey And Doctor Strange Teamup In The Movie

Fans were so tired of waiting for the Spider-Man: Far From Home trailer that they started digging around on Amazon, looking for some sort of official promotional artwork for the movie.

Thankfully, exactly that has been found, and it features a familiar doctor along with our friendly neighborhood Spider-Man. The artwork features Spider-Man and Doctor Strange coming through a portal in New York City.

Here’s the first picture of it: 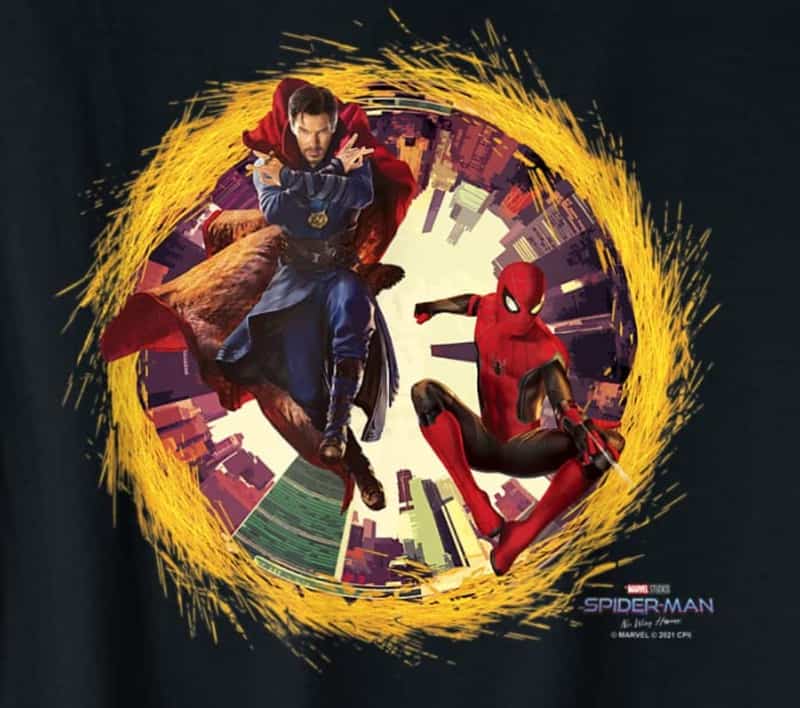 The second picture is pretty much the same as the first one. But it has a much larger logo that advertises the movie. Also, we can see the skyline of a different city through the portal. You can check it out here: 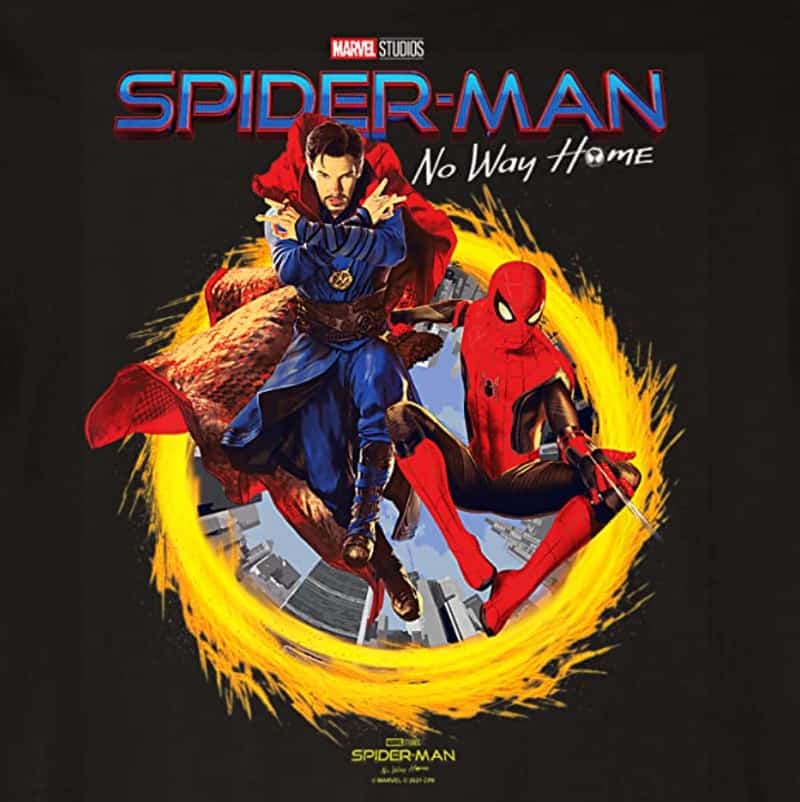 The third one gives fans a pretty great closeup look at Doctor Strange, who can be seen in his signature pose as he gets ready to cast a spell. All around him is his signature visual depicting his magical powers. Here’s the third pic: 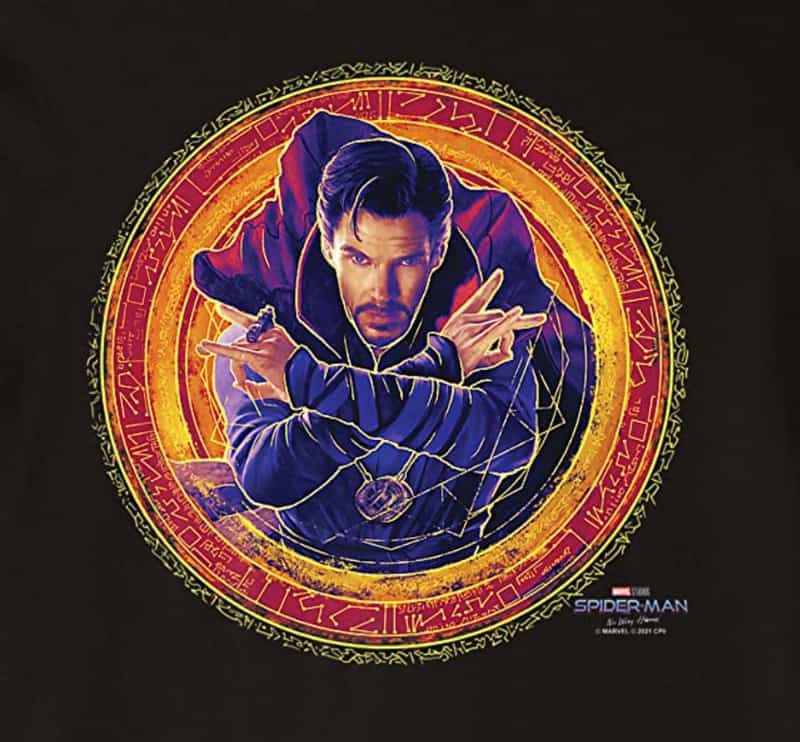 The fourth image is really interesting. It has Doctor Strange with his portal, and then there’s Spiderman, who also has his own magic portal. Also, it’s interesting that Spiderman’s portal is blue. It should also be noted that he has a black and gold suit that he will be putting on at one point in the movie.

Check out the fourth pic here: 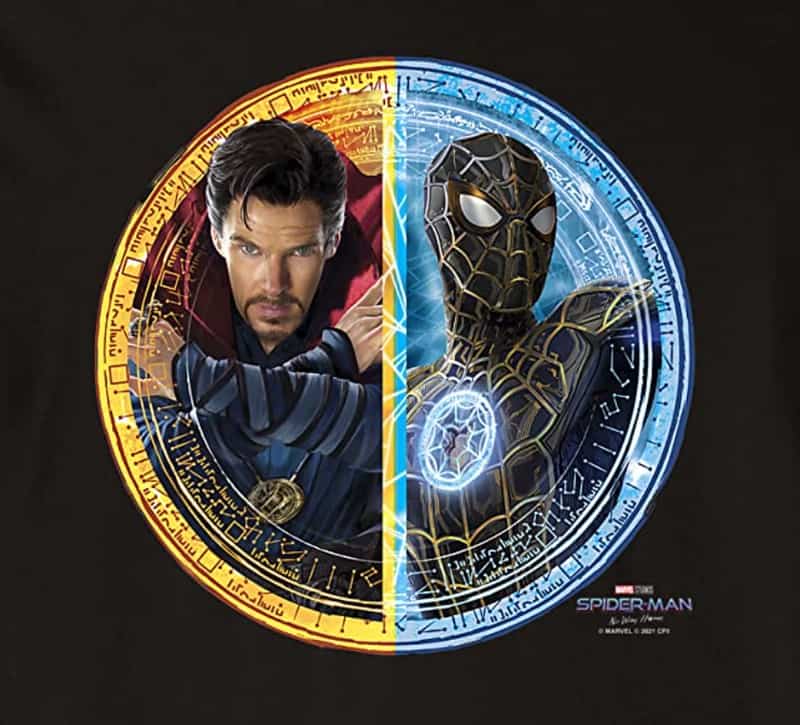 The last one has our attention the most. This is because it shows the classic split-face image of the Marvel heroes. The picture is in b&w, and Spider-Man seems to be wearing his best-upgraded suit rather than his classic one. 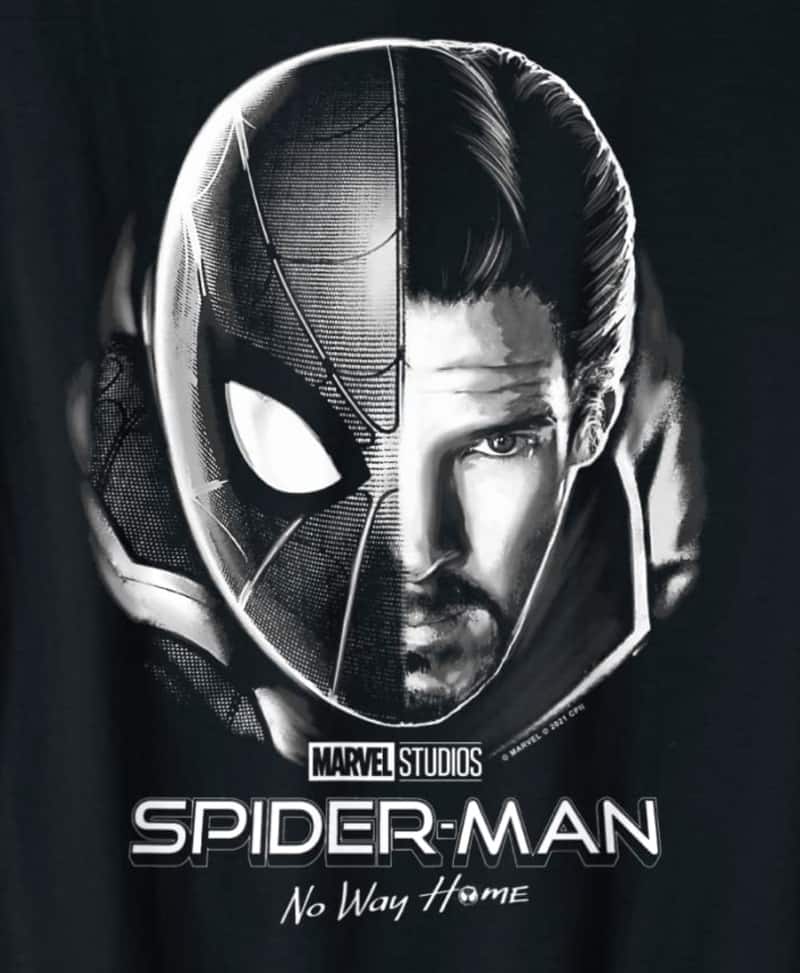 Doctor Strange and Spider-Man in black and white

What’s Going To Happen In Spider-Man: No Way Home?

Right now, we can just speculate about the premise of the movie. After all, there are just no proper and concrete details available. Fans think that Spider-Man will be using or manipulating magic in some way or form. This seems to be the case from these promotional images.

With Doctor Strange in the mix, it does seem like Tom Holland’s Peter Parker will be fighting a multiverse threat in his best film. Of course, there’s also the additional weight of the whole world knowing about his actual identity. 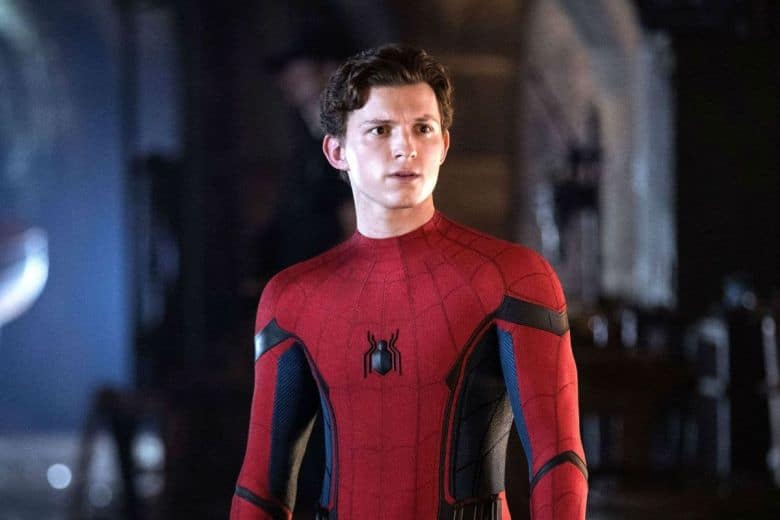 Well, hopefully, he will have the other two Spidermen to talk to and confide in. Right now, everyone is waiting for the first trailer of the movie. It seems like the entire world is looking forward to seeing it. But it seems like the delays are a result of the Delta Variant that’s getting stronger.

As such, it could impede the release of the movie. Right now, the best thing that audiences could do is get vaccinated and ultimately, just cross their fingers. After all, one can only hope right now that the most anticipated movie featuring all the Spidermen releases on time.

Find Out: Why Doctor Strange’s What If Episode Is So Important To the Show Marvel Actor Reveals