Spider-Man: No Way Home Writers Talk About Andrew Garfield’s Involvement In The Script 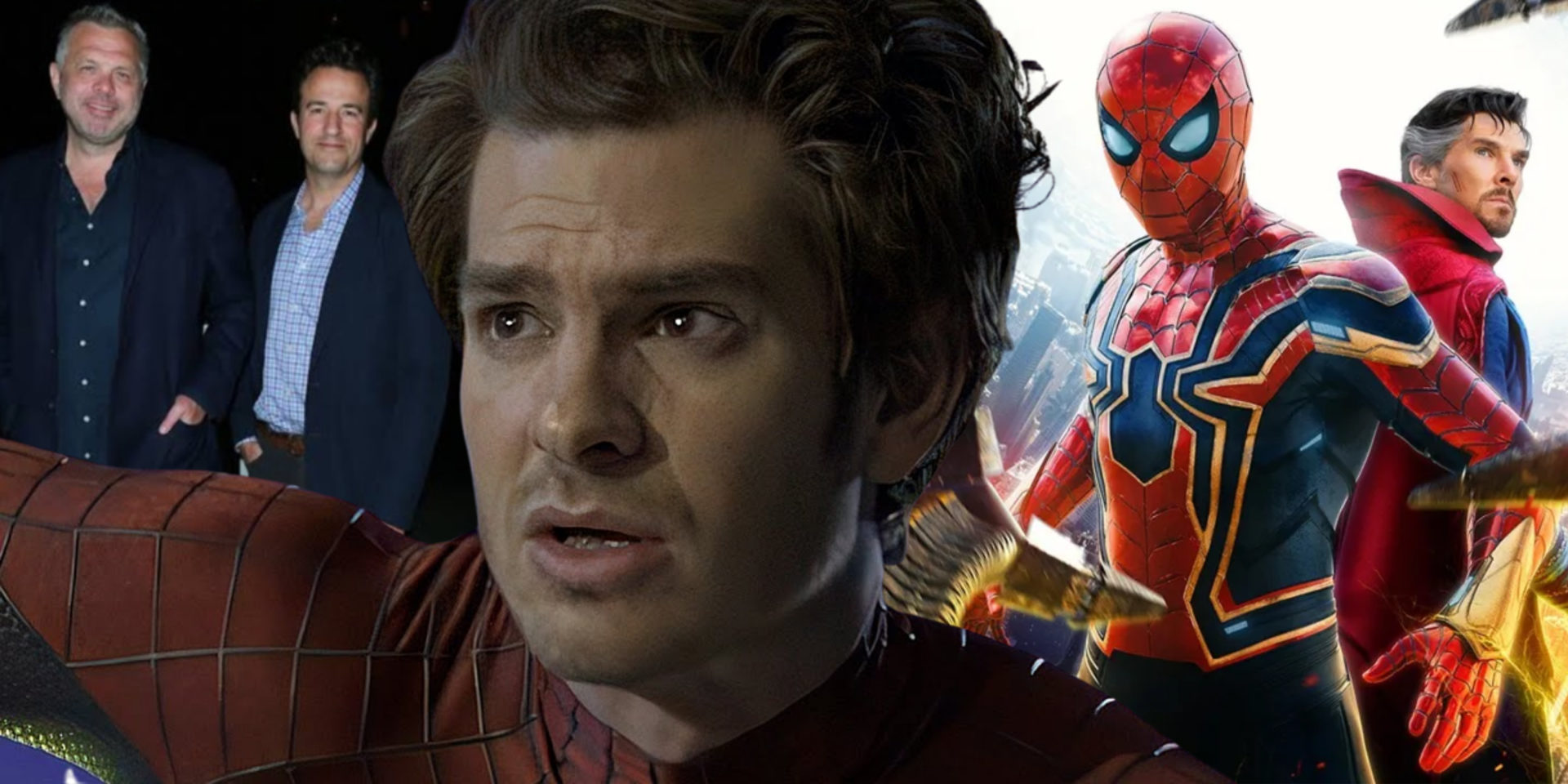 Spider-Man: No Way Home has undeniably become the biggest Marvel release this year. The movie is successfully running in the theaters as it continues to break several records. The winning streak that began on the first day of the premiere when Garfield and Maguire’s feature finally saw light still carries on.

The MCU threequel is directed by Jon Watts. The story follows Tom Holland’s Peter Parker after his identity as Spider-Man is revealed to the world. We see a lot more of the Multiverse. In addition, the film delivers the most anticipated returns of previous Spider-Man actors, Tobey Maguire and Andrew Garfield as their iterations of the web-slinger.

Maguire and Garfield’s involvement in the Marvel threequel was rumored for months before No Way Home made it to the big screens. It is true that the movie’s cast as well as the entire Marvel crew tried their best to dismiss any evidence suggesting the pair’s appearance in the movie.

However, in the months leading to the grand release, there were a number of overwhelming rumors proving otherwise. These included leaked pictures from the sets and Garfield’s suspicious comments in one interview. The latter only fired up more speculations regarding their involvements.

The entire build up saw a confirmation when Maguire and Garfield’s return was finally seen and greatly admired in No Way Home. Consequently, even the rumors died down. 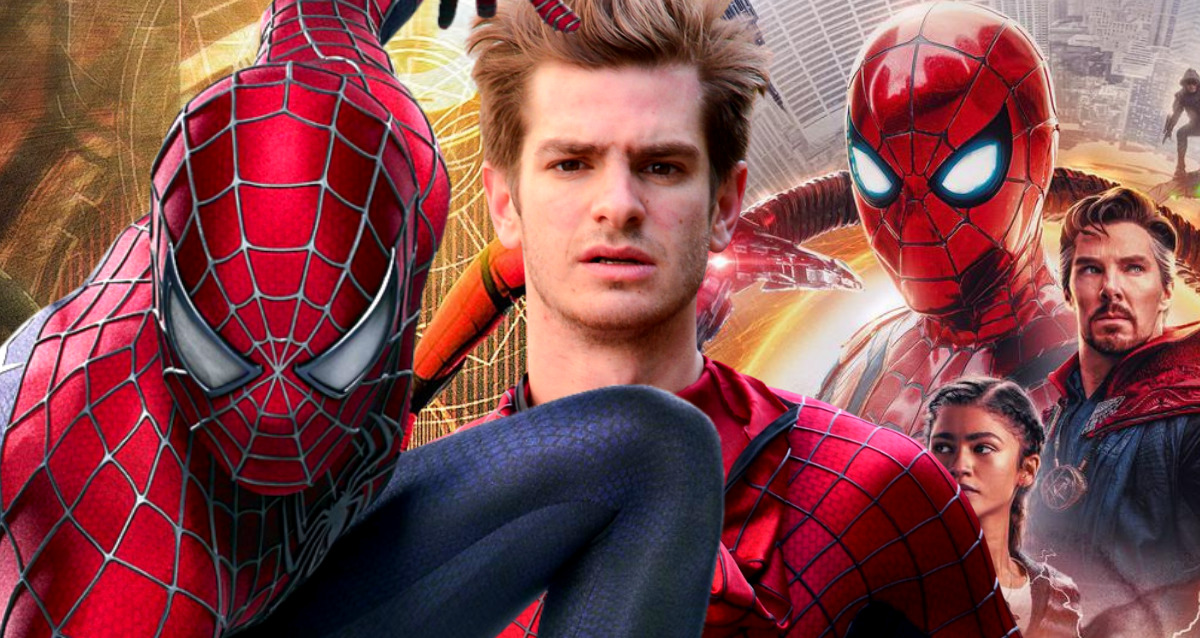 Andrew Garfield as Spider-Man in Spider-Man: No Way Home

Spider-Man: No Way Home continues its staggering run in most theaters around the world. And only recently, the film’s screenwriters opened up about the threequel in an interview. They talked about how Garfield had some significant inputs in the movie’s script.

Only recently, Spider-Man: No Way Home writers Chris McKenna and Erik Sommers sat down in an interview with The Hollywood Reporter. In conversation, the pair revealed more on Andrew Garfield’s return in the threequel.

To begin light, McKenna first shared how Garfield “really loved the idea” that his Peter Parker is “still tortured over” Gwen Stacy’s death in The Amazing Spider-Man 2. He said that they “thought it was cool” to explore this current phase:

“Andrew really loved the idea of he’s still tortured over what happened in Amazing Spider-Man 2 and where that left him, and how they could bring that to Tom. ‘We can empathize with you. We do know what you are going through. If anyone in the world knows what you’re going through, it’s us.’ But also, ‘We can be beacons.’ Tobey especially has come through that darkness. We thought it was cool that Andrew’s Peter was still in the midst of that darkness.”

Following this touching insight, the Marvel screenwriter continued to add to the character’s depth by explaining how Garfield and Tobey Maguire’s heroes “are going through their own things” in the movie.

“They weren’t just here to go, ‘Two awesome Jedi knight heroes who show up and are going to help you take down the bad guys.’ They are going through their own things. We were trying to write up the characters that they did such a great job of creating and really being true to those characters and those stories and those worlds so that it didn’t feel like we were doing curtain call, fan-service.”

In addition to this, McKenna also disclosed Garfield’s other input on the film’s script. He described how the actor was inclined towards “leaning into the middle brother syndrome”. This is interesting in detail because Maguire is the eldest while Tom Holland’s Peter is the youngest of the bunch.

“Andrew really leaned into the lonely, middle brother. That’s one of the things we started saying. “He is the middle brother!” You have the elder brother, Tobey, who is the wise one. The middle sibling thing, he feels like he’s not getting the attention of the other two. It works so great for that character. Andrew leaned into middle brother syndrome. “The baby one is getting all the attention! What about me?” (Laughs.) He’s obviously hurting. I think he has so many great flourishes. So does Tobey.”

The No Way Home writer also mentioned how the movie has a dialogue where Garfield talks about always wanting to have brothers. McKenna particularly described it as a “great paradigm for the three of them coming together”:

“I think that dynamic of brothers, that’s why it’s so great when Andrew says, “God, I always wanted to have brothers.” While simplistic, it is a great paradigm for the three of them coming together and you want it to feel like, “Oh, it’s not just doppelgangers.” They are different.”

Does Andrew Garfield’s Peter Parker Have A Future In The MCU?

Needless to say, seeing Andrew Garfield returning to reprise his version of Spidey in No Way Home was nothing short of a delight. And now, the latest comments from the movie’s writers only cements the emotion. 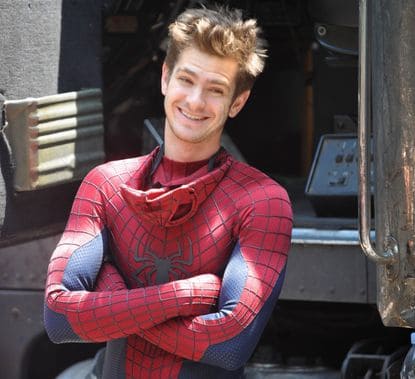 To say that there was so much information being enclosed about the movie is an understatement. Garfield’s involvement in the script while the film was still under the works is a great insight into Marvel’s behind-the-scenes scenario. It only expresses how the Marvel actor is still touched by and devoted towards his web-slinging superhero. Of course, his amazing performance on the big screen expressed the feeling incredibly well.

The fact that the film decided to delve into the deeper past of Garfield’s Peter Parker is commendable. More so because of the fate he saw towards the end of The Amazing Spider-Man 2. No Way Home impeccably constructed the story to acknowledge Garfield’s unresolved grief over Gwen Stacy’s death. The arc was left unattended as the 2014 Marvel movie never saw the opportunity for a sequel to come to life.

We are still uncertain whether Garfield’s Peter will have a potential future in the MCU. Of if his inner dilemma will see any light. But with No Way Home, fans as well as the character received a well-deserved closure after the sudden blow of his previous outing. Not only that, the movie also hinted at everything that is in line for the web-slinger. Including forthcoming enemies. Perhaps aliens. As well as his advancing storyline. 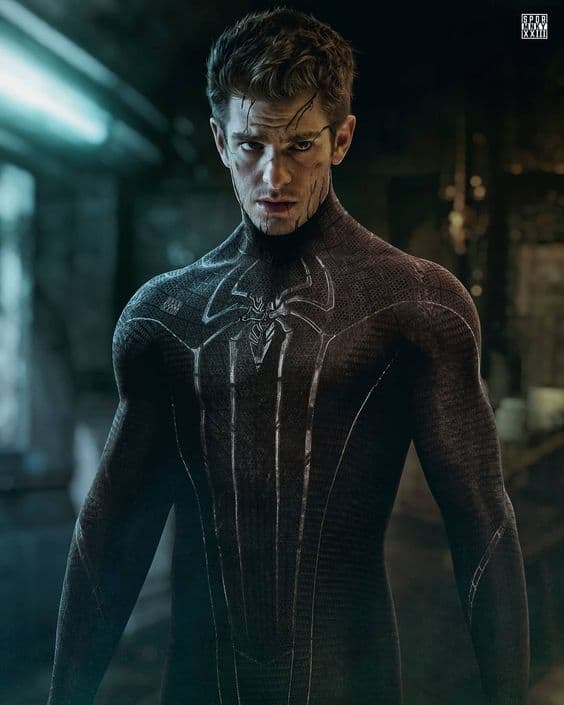 In the meantime, it is important to stress on the fact that Garfield suggested wanting to be the middle brother among the three Spider-Men. The idea poses a fun detail. As McKenna points out, it “works so great” for the character since it is relatable because he is still “obviously hurting” from his previous experience.

Previously, Tom Holland has also expressed in an interview that “this film was his [Andrew Garfield’s] way of making peace with Spider-Man.” His statement makes more sense now because of the fact that Garfield was so involved in the script. It proves how the actor sincerely believed to make the best of his return. And wanted his institution to hold meaning instead of just delivering fans what they desired.

The middle brother syndrome holds so much weightage that it makes the connection between the three Spider-Men more heartwarming and real. It also gives an opportunity to Maguire’s Peter and Holland’s MCU superhero to comfort Garfield’s character and ease his grief. Moreover, to affirm that he matters to the bigger picture regardless of his suffering.

Spider-Man: No Way Home is now running in theaters across the world.