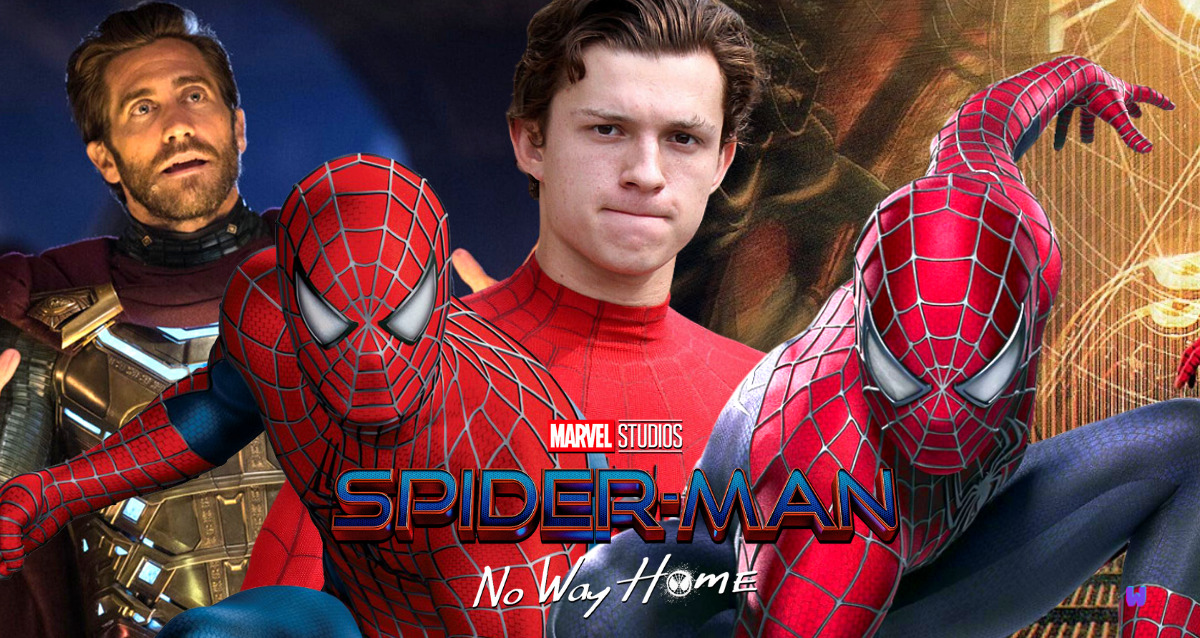 Spider-Man: NWH is a hot topic in the pop culture world right now. And the possibility of some Spider-Man: NWH spoilers from incoming updates is worrying a lot of fans. In terms of MCU projects, this film is expected to be one of the most successful. Two trailers have already broken records, with the second one leaving even the most die-hard fans of the series speechless.

For a while, leaks from the film have been a constant source of frustration for fans everywhere. Images from editing bays rumoured footage of Andrew Garfield, and so much more are included. There’s been a lot of discussion about it. Now that Marvel has revealed that critics’ screenings will take place next week, that’s a lot sooner than anyone expected. As a result, some fans are afraid that the movie will be spoiled before seeing it in a theatre.

Are Spider-Man: NWH Spoilers on the Way?

Just a week from now, Sony is preparing to start early screenings for critics on December 3. Two weeks before the movie premieres in theatres. Some fans have expressed concern about possible Spider-Man: NWH spoilers.

@WWEJayJay believes that for the sake of “spoilers,” this is a deliberate decision

They’re doing this on purpose so spoilers can get released online. Smh. Should be no private/early screenings at all. #SpiderMan #SpiderManNoWayHome #PeterParker #MCU https://t.co/bQL0FojGvS

Meanwhile, if you don’t want any spoilers, @BamTubeTV recommends that you delete the Twitter app.

Seems like a good time to delete the Twitter app if you don’t want any spoilers…you’d think after what happened with Eternals, No Time to Die, Venom: Let There Be Carnage, etc. this year ALONE that studios would learn this is not the way #SpiderManNoWayHome https://t.co/JCTvclMuPU

At the same time, some critics “can’t keep their mouths shut,” chimed in @CobraStarGreen.

@markuszolan2 seemed confident that the “entire movie… [was] already spoiled.”

“That is so dangerous and practically begging for spoilers to spread around. Wasn’t the movie supposed to premiere days before its wide release???? But who are we kidding, you guys already spoiled the entire movie with you leaks and low quality set pictures”

People are urged to “beware of spoilers” by @CinemaTimeNews.

In another instance, @Daredevvvill thinks that it’s time for “starting muting a ton of words or leaving Twitter.”

@therealsupes (Matt Ramos) tweeted a funny GIF showing his reaction to the possibility of spoilers.

Me if a single spoiler comes out of the test screening: https://t.co/URQssOM0yW pic.twitter.com/yrwf4S7sMl

Fans are right to be concerned about something like this. After all, it’s impossible to ignore the troubling possibilities in light of the recent leaks. When a careless Forbes reporter spilt the beans right after seeing Eternals on the red carpet reveal, it proved that no place is safe from spoilers.

There are a lot of conspiracy theorists out there, but this was not done on purpose to allow for leaks to occur. As absurd as it may seem, Marvel Studios does the exact opposite of what you’d expect. It’s hoped that the early screenings won’t give away any plot details. To be on the safe side, those who are genuinely concerned should avoid social media or use add-ons to block keywords.