Spider-Man: NWH Writers On Why Emma Stone & Kirsten Dunst Never Made The Cut

Marvel Studios made fans’ Christmas with Spider-Man: No Way Home. The threequel, which is Marvel’s last outing for the year, turned out to be a total blast. Because of the film, fans got to see Alfred Molina return as Doc Ock. Tobey Maguire’s Spidey finally solved his back issue. And Andrew Garfield got an overwhelming chance to save MJ as a longstanding fulfillment after his last appearance. And all this happened just in the span of one film.

In fact, this is not even close to the vast spectacle received by audiences in Tom Holland’s Peter Parker’s latest MCU project. To think that a movie filled to the brim with all enticing aspects, from action to emotion to humor and so much more. Not only did the film turn out to be massively successful at the box office, but it also happened to be incredibly mesmerizing. And that’s a fact cemented by both fans and critics.

To balance five villains from previous outings, feature two highly adored Spider-Men see Doctor Strange perform a risky spell, and witness the unfolding of the Multiverse along with the rest of Peter Parker’s MCU family is not an easy feat. But the film made it seem so effortless.

Regardless of the thrill the outing brought, there was never an appearance from two particular characters. They are none other than Emma Stone’s Gwen Stacy and Kirsten Dunst’s Mary Jane Watson.

Emma Stone has decided not to speak about the topic. However, recently Dunst revealed that the production never reached out to her. But that she would totally be down to do another superhero film.

We wonder if there will ever be an opportunity for fans to see Gwen or Mary Jane, or both, to return to the picture?

Why Stone & Dunst Never Made It Into Spider-Man: No Way Home

Spider-Man: No Way Home writers Erik Sommers and Chris McKenna recently sat down for an interview with Variety. The pair opened up about the finesse required in shuffling so much content for the film together.

McKenna made it clear that “it required very, very talented people to help [them] not die at the end:”

“Let’s write the script that is the kitchen sink. and we’ll just act like we were going to get everything we wish for… and like Peter’s wish, it became a nightmare. and it required very, very talented people to help us not die at the end.”

In the month’s leading to the Spider-Man threequel’s release, there were rumors teasing the involvement of Emma Stone and Kirsten Dunst. So was there ever a scenario where the two seemed?

Emma Stone in The Amazing Spider-Man

According to the writer, “[they] went down different roads with different characters that just didn’t fit:”

“We went down different roads with different characters that just didn’t fit… we can’t get into the details of that because it might be the kind of thing where they’ll find a way to explore those ideas. So I’d hate to spoil anything because I think we had a lot of fun.”

Erik Sommers pitched in to the conversation by adding how they definitely “bit of more than [they] could chew” while writing the first draft:

Also Read : This Is When Tobey Maguire And Andrew Garfield Signed Up For Their Return In NWH

No Strong Premises For Gwen or Mary Jane In Spider-Man: No Way Home

Now that the movie’s out running on the big screen, it is impossible to picture a world where more characters are added to the cast of Spider-Man: No Way Home. And this is something Marvel Studios president Kevin Feige believes to be true. The fact that the production managed to pull off something so grand is a win, usually.

With the final story sealing its fate on the big screen, it appears as if neither Gwen nor MJ could have made the cut to fit easily into the MCU story. 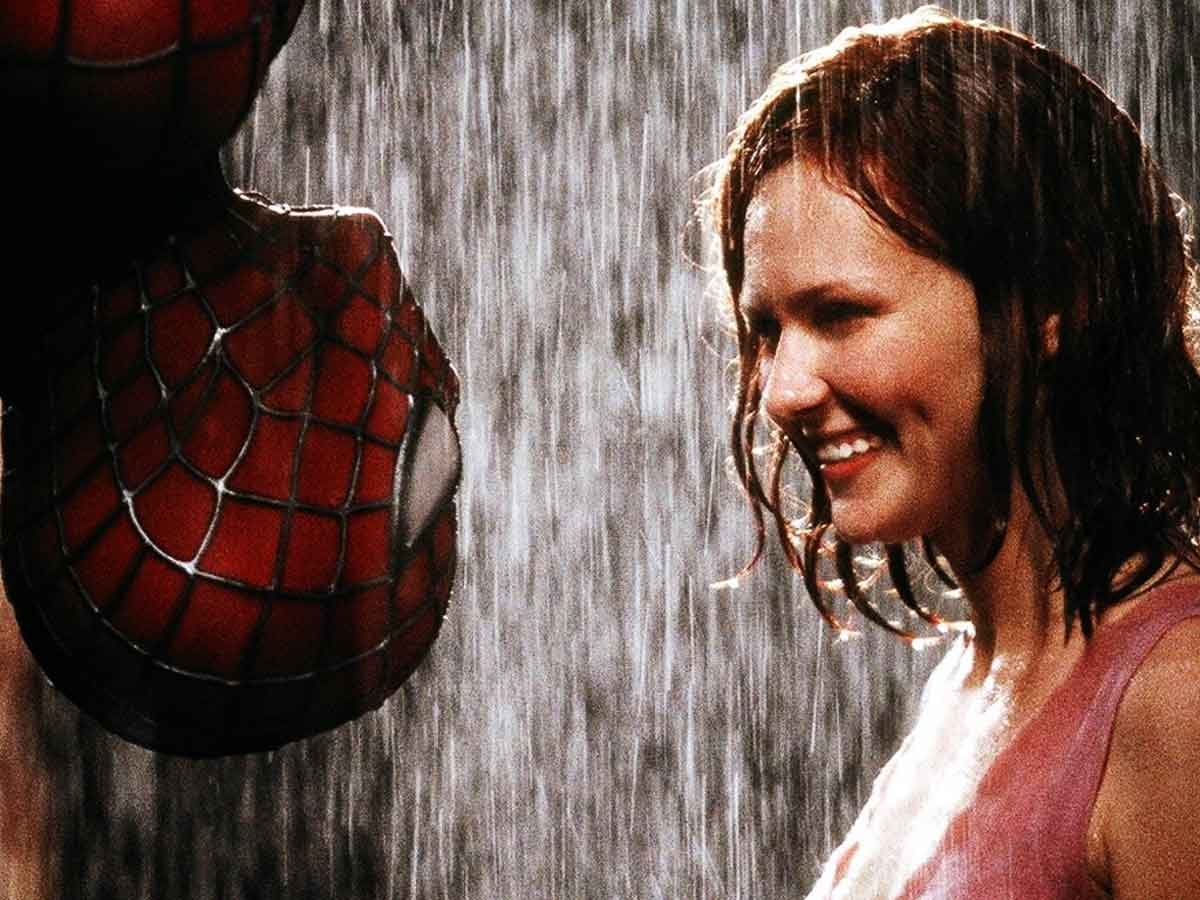 If they were featured next to the Spider-Men from their respective universes, the narrative would shift the focus from Tom Holland’s emotional crisis. In fact, the two wouldn’t particularly have a role to play. At least not one that would add more weight to the story. Moreover, Emma Stone’s Gwen is supposed to be dead.

With that said, the film highlighted Andrew Garfield’s Peter Parker’s inner darkness. Garfield’s Spidey was still dealing with the traumatic experience he suffered towards the end of The Amazing Spider-Man 2. The portrayal served as a touching aspect to make the film more personal. Amid it all, if Emma Stone appeared, Andrew’s Parker would never get the closure he so deserved.

However, considering Stone’s future involvement in the Spider-Man universe, there are a few reports that suggest Sony Pictures plans for developing a Spider-Gwen project. So if the star does show up again in the next few years, it wouldn’t be that big of a surprise.

Spider-Man: No Way Home is playing in theaters worldwide.