Star Wars: 10 Moments Which Showed That Emperor Palpatine Had A Heart 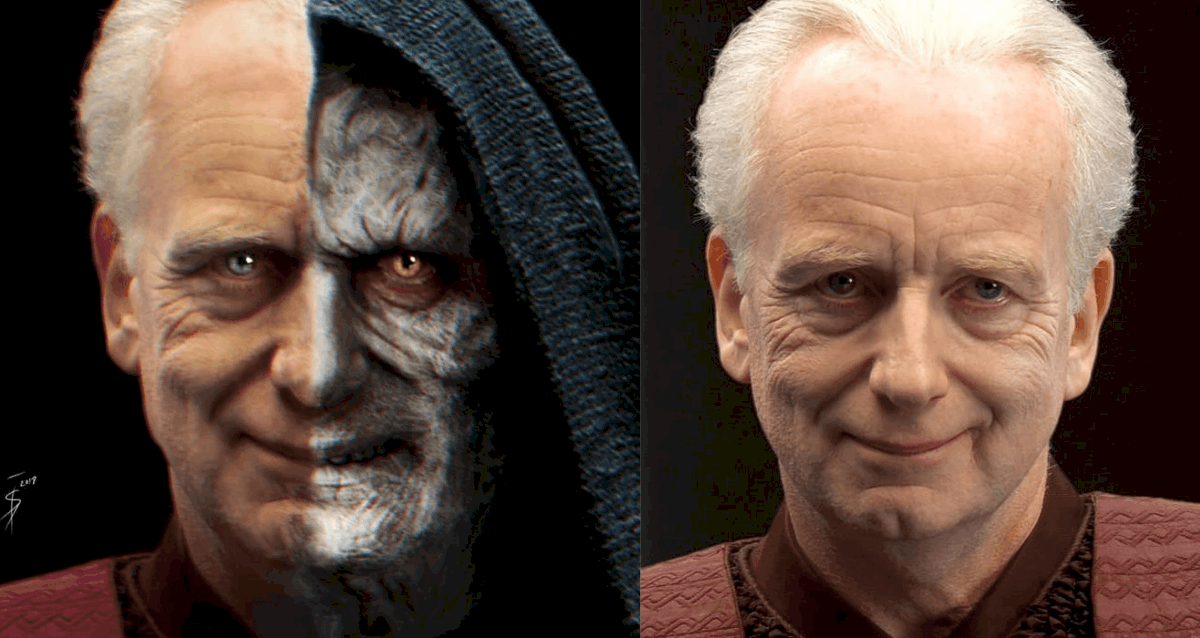 A lot of Star Wars fans know that it is indeed Sheev Palpatine who should be feared as the most powerful man in the galaxy. After all his political influence coupled with his incredible charm all make him a fascinating package. But it was not just his cunning that won him the most powerful seat in the galaxy. In fact, it was also the fact that he could be amicable when the time came.

It was this amicability that made no one suspect that a Naboo senator could carry out an insurrection and that too between the Republic and the Confederacy of Independent Systems. We all know by now that this action led to what’s known as the Clone Wars. Moreover, this domino effect almost resulted in the elimination of the once-powerful Jedi Order. Not to mention that this led to him becoming the very first emperor of the galaxy.

However Palpatine wasn’t a heartless man, we mean- not totally at least. After all, on some occasions, he has shown mercy and with it, a sentimental side of his. After all, it would be wrong to call Palpatine kind. So let us rank his merciful actions and take a deep dive into the more humane nature of Palpatine.

When Yoda found out that Darth Sidious and Emperor Palpatine were the same person, he tried to bring about an end (once and for all) to his reign. However, their battle at the Galactic Senate didn’t have the ending that Yoda desired. 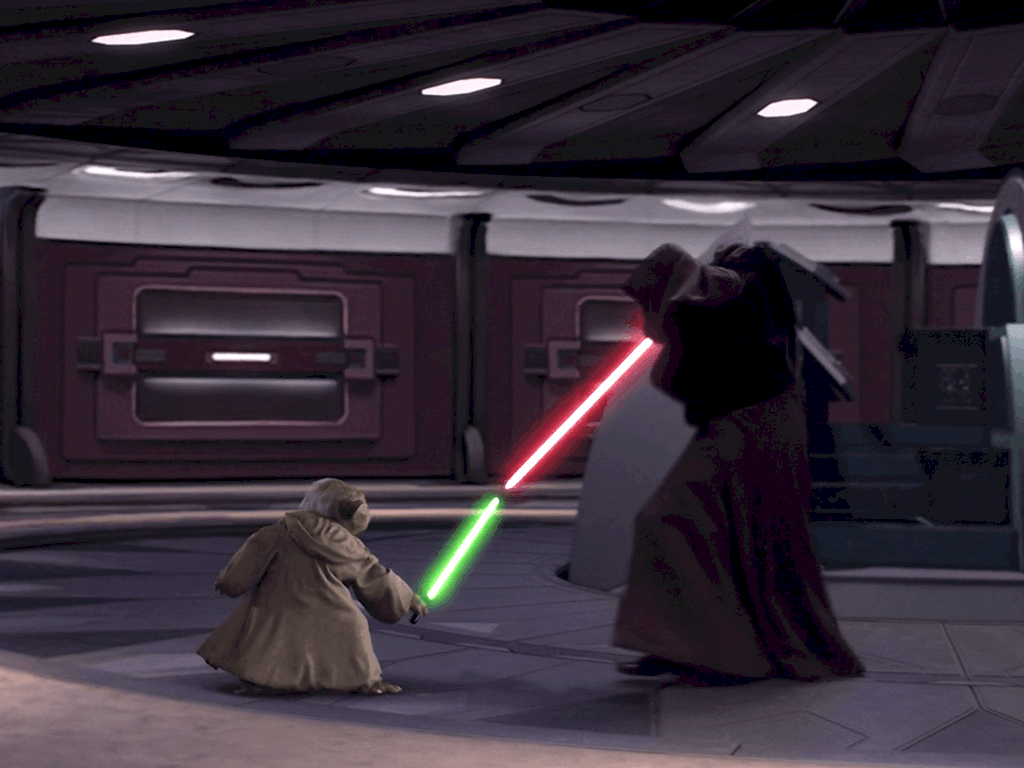 In fact, it was Master Yoda who barely got away with his life. But the most surprising part of this story is that Palpatine never looked for Yoda again to finish him off. However, letting Yoda live was going to be a fatal error. After all, it was that little Jedi master who trained Luke Skywalker and brought about the Jedi Order again.

The Clone Wars animated series showed that Palpatine made a huge plan to kidnap all the force-sensitive children from various places all over the galaxy. He ultimately wanted them to be brainwashed so that they would become his and the Empire’s loyal followers. So when the surgery to alter the brains of the children was going on in Mustafar, Palpatine watched it all through the hologram.

So when the children were wailing and crying in confusion and terror, he offered them kind words to assuage their fears. While it might not seem like much, but for a sociopath like Palpatine, it was remarkable that he could at least mimic empathy and concern well enough to comfort small children.

5. Letting Luke Only Get Captured And Not Killed

Once Darth Vader knew of Luke Skywalker’s existence, he also came to the realisation that his loyalties would now be pulled into two different directions- his family and the emperor. After all, the news of Luke’s presence was a shock to him since he thought that all children had died with Padme. 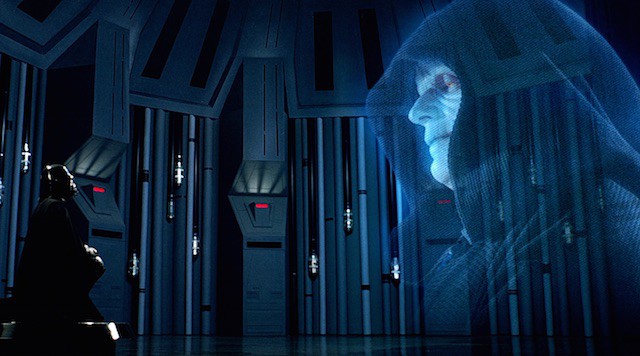 However, Palpatine knew of this conflict within Vader. What’s more, is that he also knew that if Luke could be turned to the Dark Side then the empire would become more powerful. This is why he let Vader try to bring Luke to the darkness instead of killing him. While this was a strategic move but it also showed a more humane side of palatine for Vader.

In Revenge of the Sith when Palpatine dispatched the newly made Darth Vader to end the straggling Separatist leaders, he did so with the belief that the Sith Lord will come back victorious. However, his plan didn’t include Obi-Wan Kenobi following Darth Vader there, duelling him, and then almost leaving him for dead. 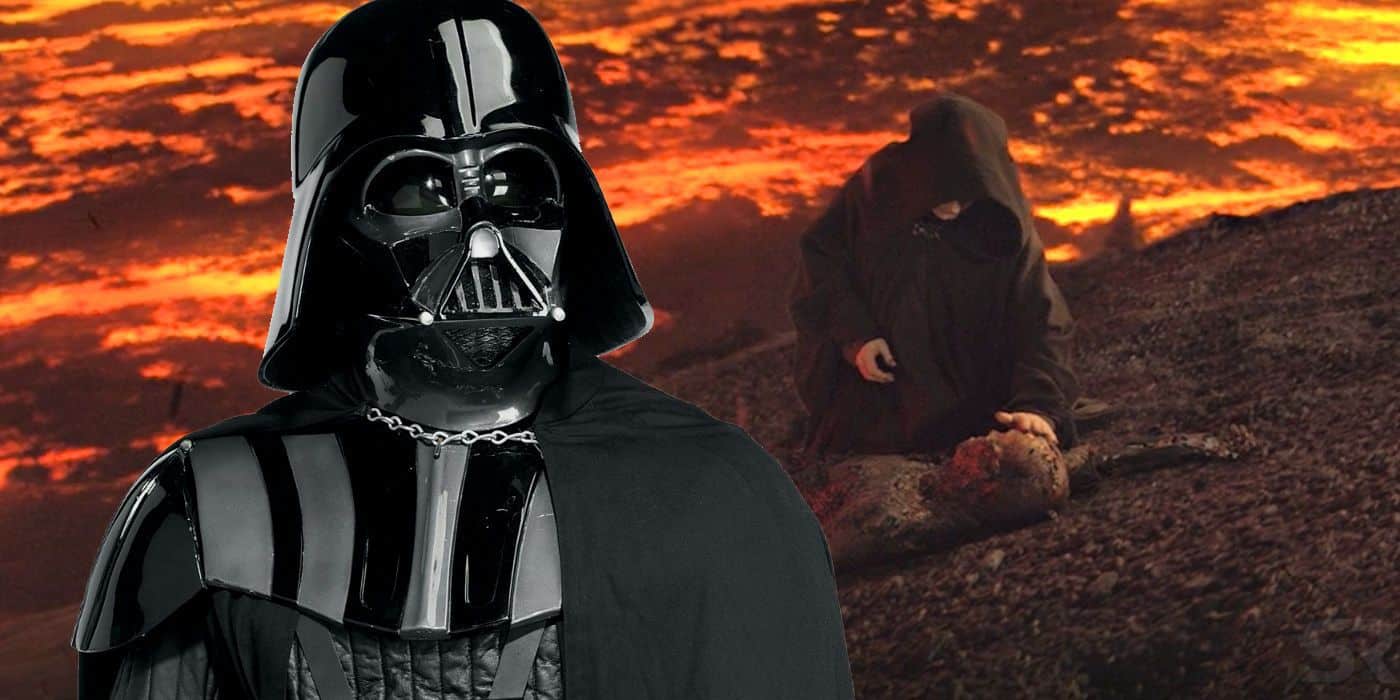 But what fans also didn’t expect was him rushing to Vader’s side before touching his burnt cheek and then saving his life. Even actor Ian McDiarmid said that this moment was the singular moment where Vader showed true kindness in the entire Skywalker saga. This moment was so significant because he had previously left Darth Tyranus and Darth Maul to their deaths before. However, this one time he just couldn’t.

6. Letting Vader Have Control Over The Inquisition

Palpatine wasn’t convinced at all that Vader could be his apprentice after being almost abandoned for dead while on Mustafar. However, in spite of his lack of faith in Vader’s abilities, he still allowed Vader to be in charge of training the Inquisition. 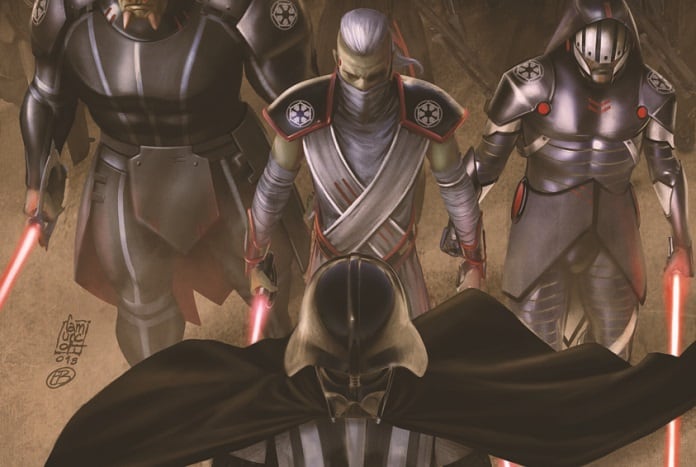 While giving Vader another chance to prove himself does seem to be merciful of Palpatine, but he was just thinking two steps ahead. After all, he knew that the Empire ultimately would benefit by having such a cruel figurehead like that of Vader at the forefront.

To Vader’s credit, he didn’t disappoint his master. Vader really trained the Inquisition to be one of the fearsome and powerful warriors present in the entire galaxy. After all, we do see in Rebels and Fallen Order that their reputation for being fearsome was right.

In the Darth Vader comics published by Marvel, it was shown that Palpatine showed mercy to Vader by letting him live after their confrontation regarding Vader’s previous life. Actually, the two were involved in an argument after Vader wanted to know more about Padme’s death. In a heated moment, Vader used the Force to attack Palpatine.

This alone would have been a death sentence for anyone else.

But Vader isn’t anyone else and so he got to live. Not to mention that Palpatine even at the end called him ‘Friend’. However, it must be said that Palpatine did use Force lightning to cripple Vader for this audacity and then left him on Mustafar. But being allowed to live by Palpatine is the biggest act of mercy anyone can expect from him.

In one of the Legends comics, Darth Vader reacted viciously at Palpatine selling the Nosaurians as bound slaves. However, Palpatine asked him to calm down and explained that the Empire is involved intimately in the slavers market located on the very Outer Rim wasn’t as bad as it looked to him. 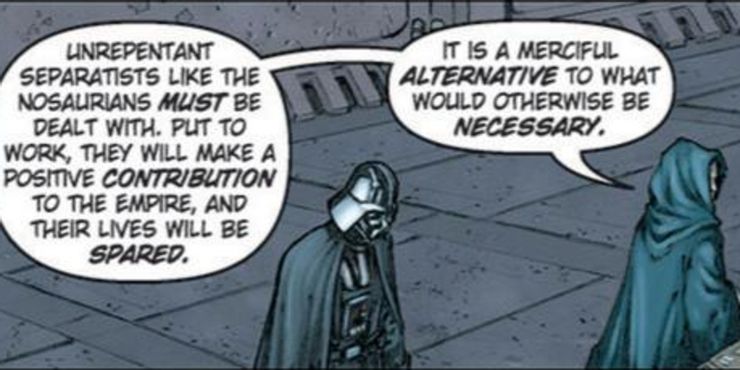 Fans will know that Vader reacted so strongly since that brought back memories, painful ones too, of his Tatooine enslavement. But Palpatine explained further that this was one of the ways the Nosaurians will be able to contribute to the sprawling empire. Also, Palpatine justified this slavery by stating that at least it was better than being murdered for being Separatists.

Vader however wasn’t convinced with this and not many in the fandom think that this was a merciful moment as well. But it does seem to be a merciful moment for Palpatine as a character. So keeping both views in mind we have ranked this controversial moment almost at the very bottom of the list.

3. Foregoing Killing Thrawn For His Insubordination

Timothy Zahn wrote a novel trilogy about Thrawn and it was set after the Return of the Jedi and the Empire’s fall. In the books, Zahn showed that Palpatine had a very complicated sort of relationship with Thrawn. We all know that the military strategist took it upon himself to control the Remnant after Palpatine died. 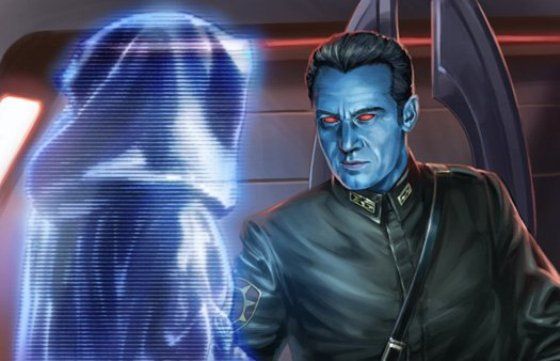 Now, in the second book, it was stated that there was a time when Palpatine ordered Grand Admiral Thrawn to attack a base that even the powerful Imperial Fleet couldn’t have overtaken. As such, Thrawn refused to carry out Palpatine’s orders. In return, Palpatine clearly didn’t kill him, instead, he just imprisoned him. Palpatine still carried out the plan by sending another commander instead. But as Thrawn had predicted, the entire mission was definitely a failure and the empire lost important resources. 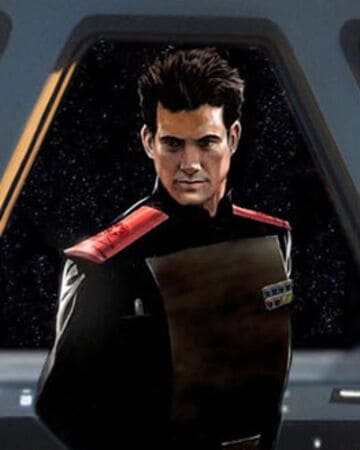 In the novel Star Wars: Aftermath, Gallius Rax came to be known as ‘who inherited the empire.’ If you haven’t read the novel then let us explain it to you in a short summary- Rax was an orphan boy who was found by Palpatine on Jakku when he was trying to hide on his own ship. Their palatine offered him a choice- either he could die or live and be the guardian of the Operation Cinder connected archaeological dig-site Palpatine had made. 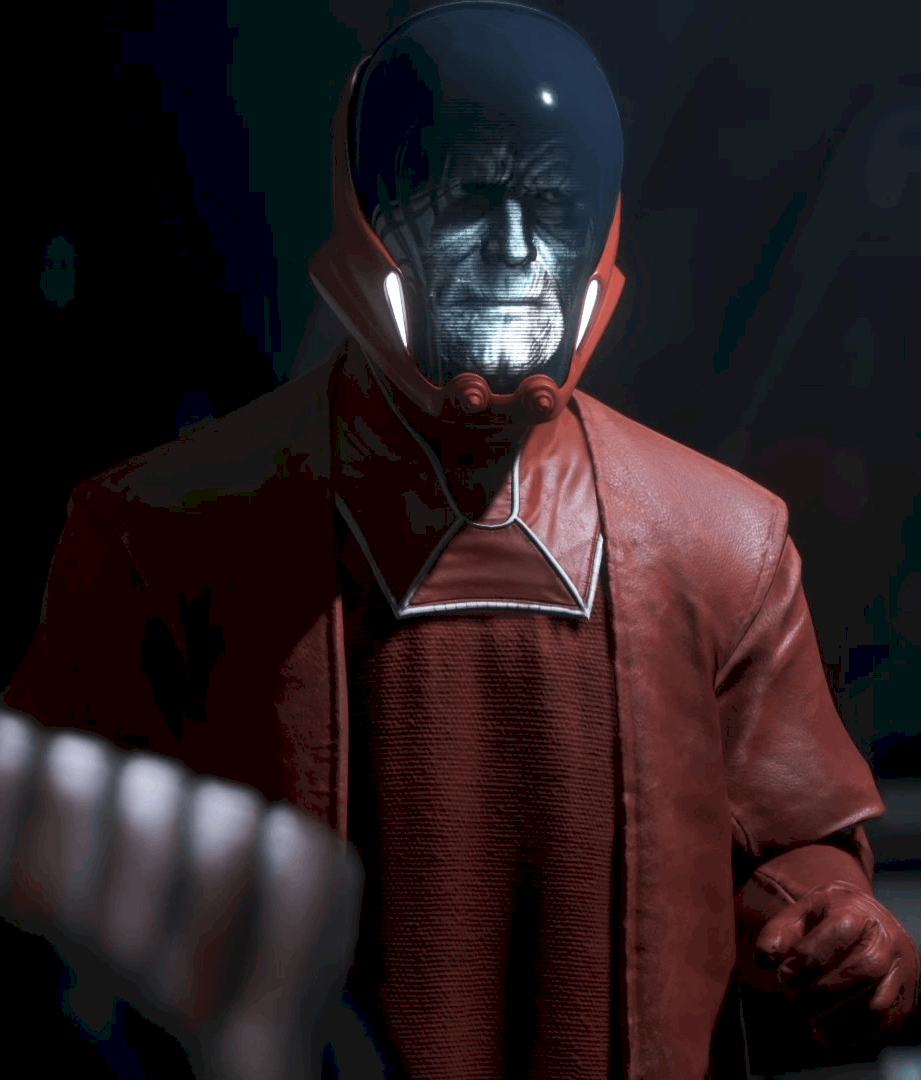 Like any person with self-preservation instincts, Rax chose the latter option and became a protege of Palpatine. Over time Rax got to control the Imperial Navy by becoming its Grand Admiral. Also, he got control over the Shadow Council after the Empire fell and Palpatine supposedly ‘died.’ But this isn’t even it. Palpatine even ensured that the two remained on a strictly first-name basis as well. We can guess that it must have been lonely at the top for the emperor.

Of course, there wasn’t a natural offspring of Palpatine, but he did have a cloned son that was made by the Sith cultists who lived on Exegol. The offspring was made so that he could inhabit that body and leave the one he had to stay in after getting resurrected.

Palpatine was still proud of that clone son even though he was neither force sensitive and nor a proper vessel. Also, Palpatine did allow him to leave the planet Exegol so that he could continue the bloodline through natural means. 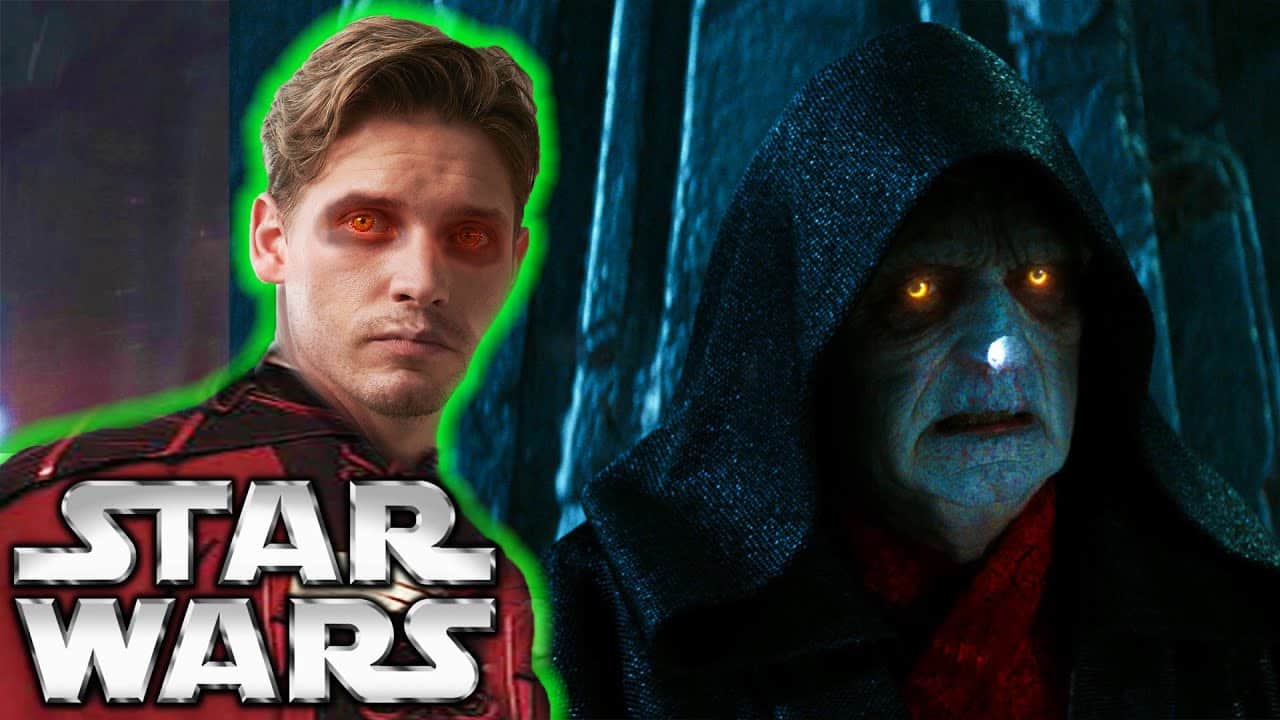 Now, this moment is at the top because his son was indeed successful in natural procreation and a child was born. This child was Rey, who would go on to be an immensely powerful Force user, almost unmatched in the galaxy. But the biggest defeat for Palpatine came from this child since she went on to see the Skywalkers as her family and not him.

So did being merciful actually help Palpatine? You decide. But these were the top 10 merciful moments of Palpatine according to us. But what do you think? Would you like to change this order or maybe add anything else? Let us know then.