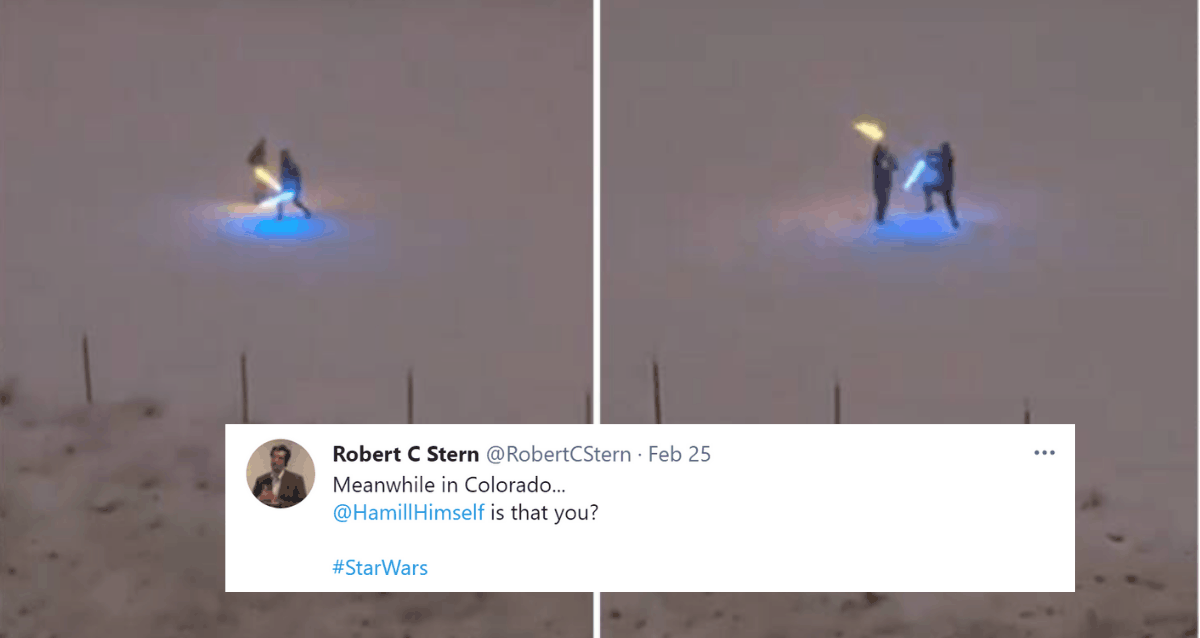 Recently, two ecstatic fans of Star Wars were seen reminiscing the famous fight between Rey and Kylo Ren in Star Wars VII: The Force Awakens. The clip went viral on various social media sites and people tagged the original cast of the movie in immense numbers.

While the snowfall season is at its peak in many countries, many people prefer to stay warm and cosy in their blankets. However, two dedicated fans of Star Wars could not contain their energy and pulled out their lightsabers. These fans were seen fighting in Colorado while they recreated the renowned fight amidst all the snow. Netizens all over the globe were left flabbergasted after the video went viral.

The video was captured by a woman who witnessed the fans from a distance. In the clip, two boys were seen fighting in the open while they were engrossed in a duel with scintillating blue and yellow lit toy weapons. People were amused by their “Never Give UP” attitude. One was even seen pausing and showing off some Jedi Master moves and skilfully moving around the lightsaber. The boys were unstoppable and even the freezing cold could not cease their energy. 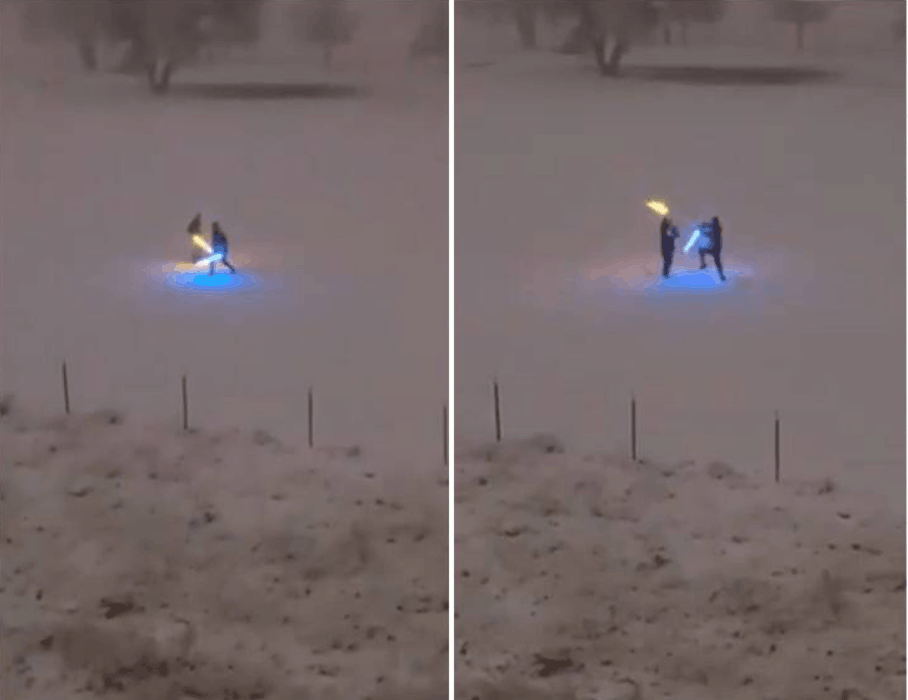 This magical incident was witnessed by the residents of Colorado. Anghelie Elizabeth, the woman who recorded the video, shared it on Facebook. She captioned the post as “Only in Colorado can I stand in my balcony and see two men fighting with lightsabers, in 30° weather while it resumed to snow outside”.

The woman told the radio station 104.3 that people had a happy time laughing around while they watched the boys engaged in an amazing fight. She also said that inspired by the boys, she has ordered a lightsaber for herself.