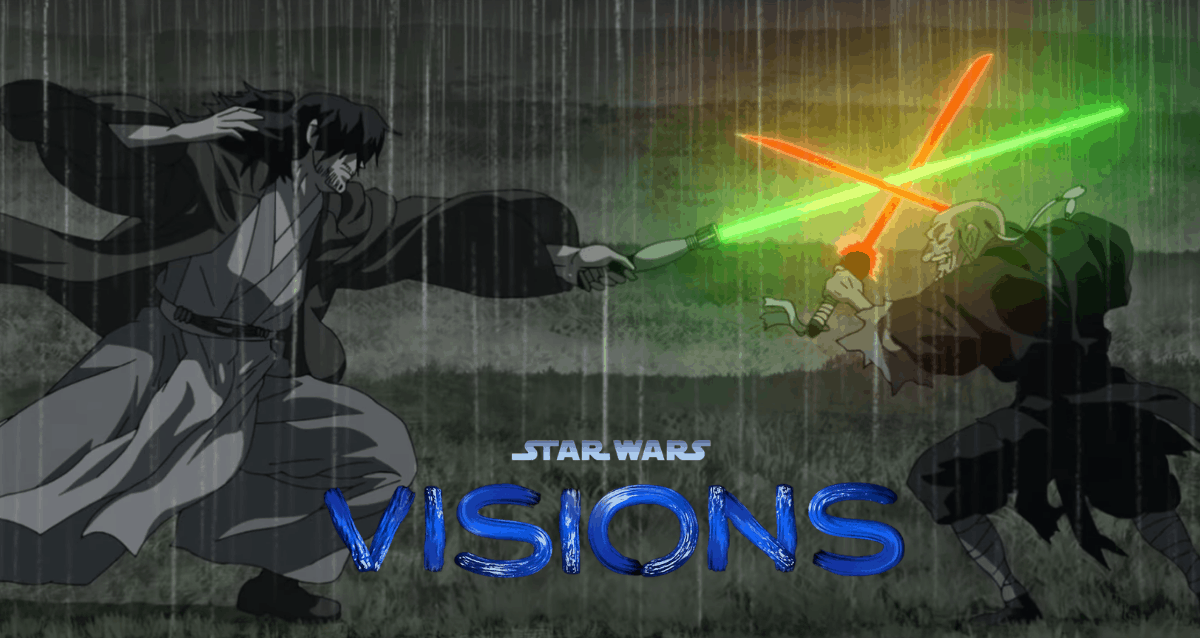 On Disney’s Investor Day in December, the company announced a whole slate of live-action and animated Star Wars shows. One among them was an anime anthology series that was set to have 10 episodes. This project was called Star Wars: Visions and was going to premiere in Disney+ in 2021.

Animation is not new to Lucasfilms at all. In fact, Lucasfilms animated Star Wars offerings are as well known as its film slate. Star Wars: The Clone Wars and Star Wars: Rebels are both successful animated runs. But Visions will be the first project that will mark the studio’s use of unique Japanese animation and art.

The Japanese animation style is the right choice because it has diversified a lot in recent years and this has led to a sort of large cult following for its various content. Also, in recent years, anime has securely made the transition into the pop culture space.

For this project, the studio has sought the creativity of multiple anime creators. They will be producing 10 short animated movies that will take place all across the Star Wars timeline. Fans have been waiting for a long to see this project and finally, they got their first look during a panel held on the Anime Expo Lite digital anime showcase.

During Anime Expo Lite, a panel unveiled the first look at the upcoming Star Wars: Visions anthology series. A trailer was released and as per the trailer description, the series is said to be an anime venture where each of the shorts would “bears a unique Japanese sensibility” that “aligns with the tone and spirit of Star Wars storytelling.” 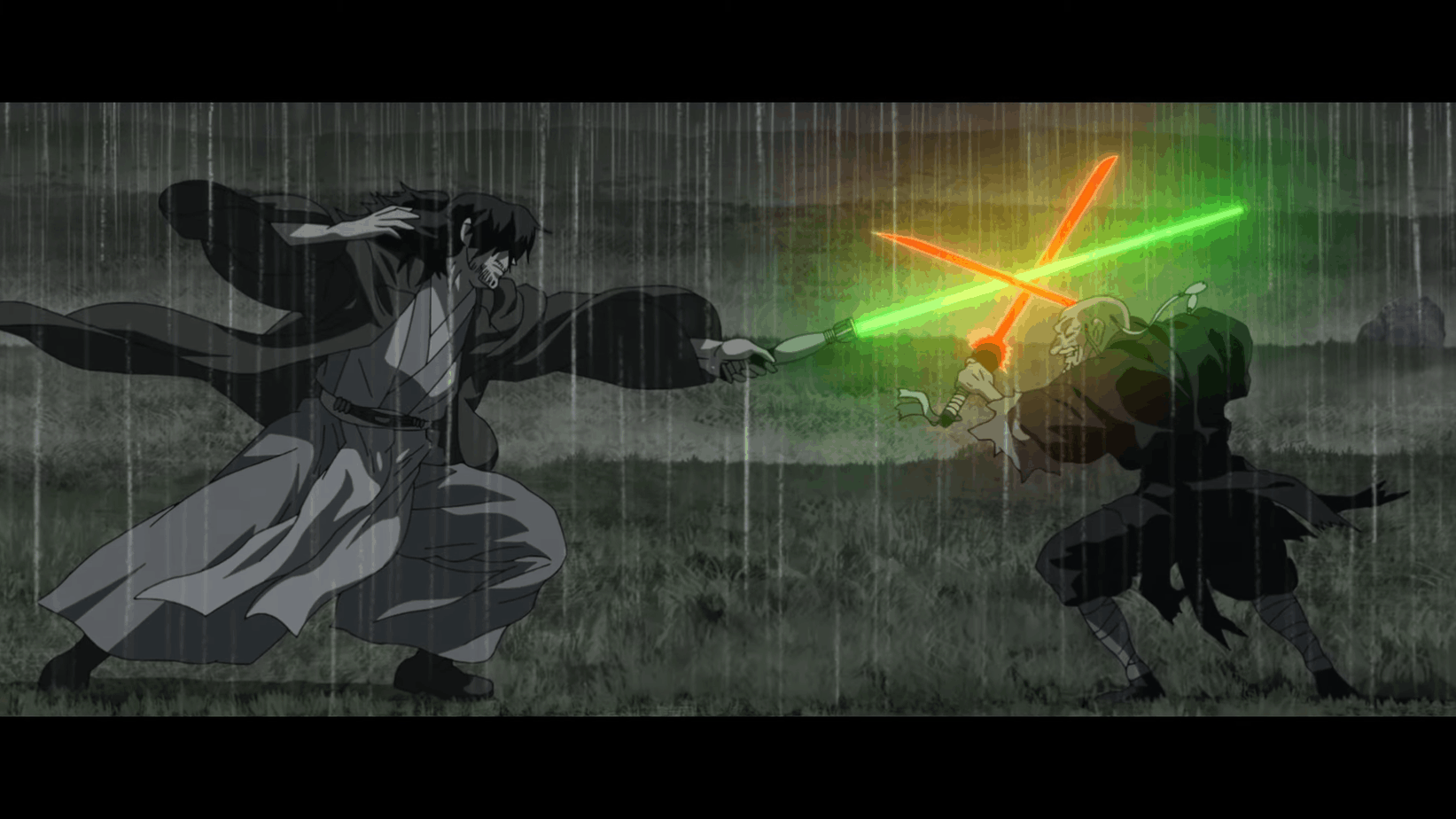 Here’s what the description fully says:

“As a first formal venture into anime, each “Star Wars: Visions” short bears a unique Japanese sensibility, which in many ways aligns with the tone and spirit of Star Wars storytelling. From the beginning, stories told in the Star Wars galaxy have counted Japanese mythology and the films of Akira Kurosawa among their many influences, and these new visions will further explore that cultural heritage through the unique animation style and perspective of each anime studio.”

Executive Producer James Waugh said that the studios were given a “wide creative berth” and they were encouraged to “be as authentic as possible to the studios and creators” backing them.

“We really wanted to give these creators a wide creative berth to explore all the imaginative potential of the Star Wars galaxy through the unique lens of anime. We realized we wanted these to be as authentic as possible to the studios and creators who are making them, made through their unique process, in a medium they’re such experts at. So the idea was, this is their vision riffing off all the elements of the Star Wars galaxy that inspired them — hopefully to make a really incredible anthology series, unlike anything we’ve seen before in the Star Wars galaxy.”

What Is Each Of The Studios Making?

The series has pulled talent from all across the genres. There are 7 major studios involved in producing the short movies. It’s all set to lead to 10 unique stories. The official Star Wars site published multiple details of the upcoming episodes. One of them confirmed the fact that some classic characters will return.

So here’s the studios with details about the kind of short they are making:

The studio behind Batman: Ninja, Kamikaze Douga will produce “The Duel” story. It’s a black-and-white short that will feature Samurai-inspired Sith and Jedi elements. So you will get to see an astromech wearing a straw hat. But that’s not all. There were be multiple more elements of Japanese culture.

Production IG who was behind Ghost in the Shell will produce “The Ninth Jedi,” a story that will feature the story of the daughter of a lightsabersmith, as well as eight warriors. 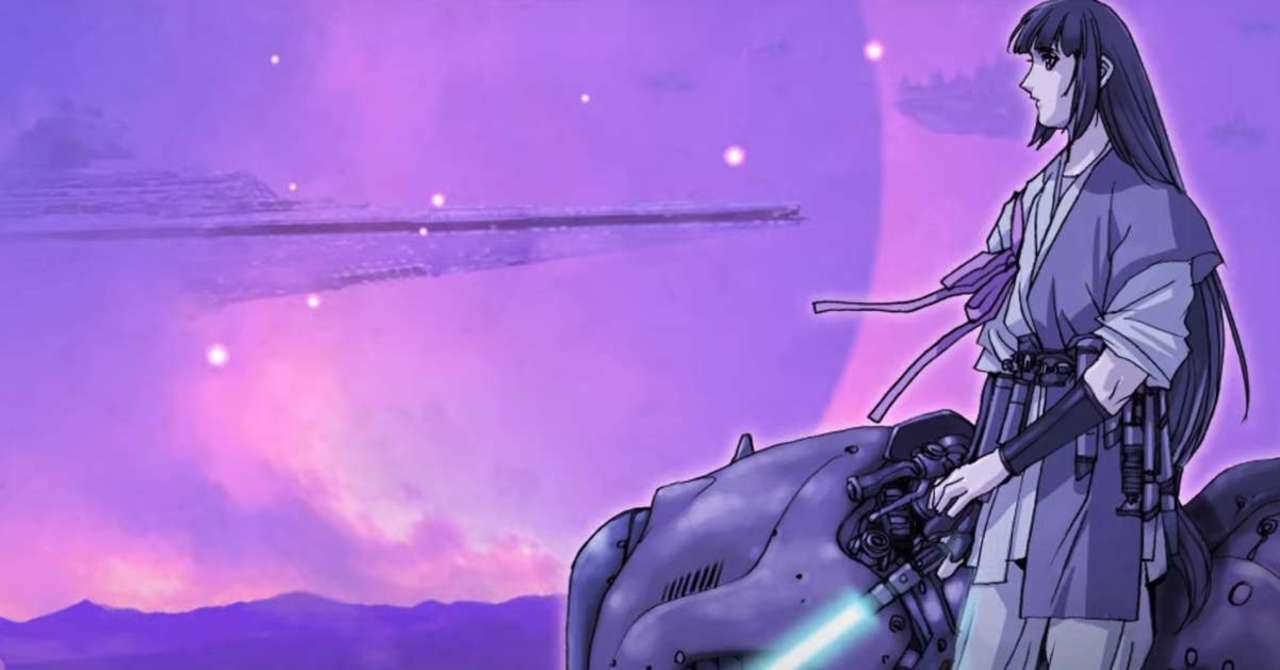 Trigger will make the short titled “The Twins.” It’s going to be a twist on the Leia and Luke dynamic. This will be set around a set of twins who belong to the dark side. It will have a brother who will go to great lengths just to save his sister. But that’s not all. Trigger will also produce another short called “The Elder” that will follow a classic Padawan and master dynamic.

Kinema Cirtus’ is in charge of a short titled “The Village Bride.” The story is all set to uniquely showcase the Force. In the short, a Jedi will observe the rituals and traditions of a little village from the viewpoint of the bride just a day before her wedding happens. But it’s not as simple as it looks as she will have to make decisions to save her village as well.

Geno Studio will make a short titled “Lop and Ochō.” It will have a space bunny known as Lop in a galaxy that’s ruled by the Empire. So this will probably take place between Star Wars: Revenge of the Sith and Star Wars: Return of the Jedi.

Science Saru will make two shorts, “T0-B1” and “Akakiri.” The first one will show the story of a droid that is thinking of becoming a Jedi while the other one will be a much more heartwarming tale. So the tone is going to be different but both the shorts will have the same kind of cartoon-inspired artistic style. 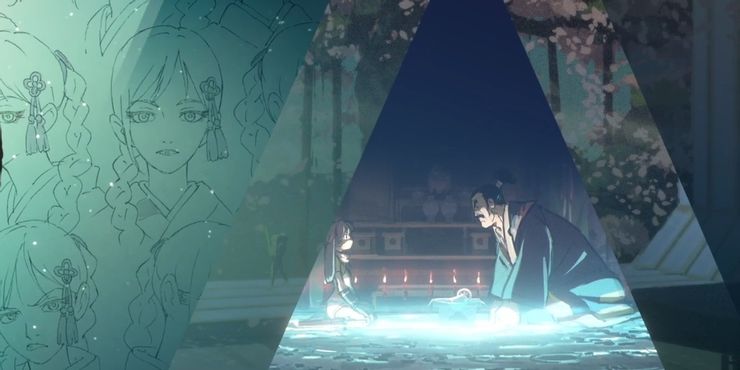 Studio Colorido will produce a short called “Tatooine Rhapsody.” It will be a rock opera set in the Star Wars universe. It will tell the story of a band that is trying to become famous. Along with this, the story will include existing characters like Jabba the Hutt and Boba Fett, who the lead characters will meet on their journey.

What Language Will Star Wars: Visions Be In?

It’s obvious that the Visions is a love letter to the anime world. After all, Lucasfilms is allowing the most talented creators of the genre to tell stories set in one of the most commercially and critically acclaimed franchise in the world- Star Wars. After reading the story descriptions, it’s clear that this anime anthology is definitely one of the most unique things that has happened to Disney’s Star Wars yet.

Fans still have a lot of questions about Star Wars: Visions and one of them is the viewing method. This is because, traditionally, anime series have Japanese-speaking voice actors. But the English speaking audience tends to watch the content after subtitles get added or when it gets English dubbed. 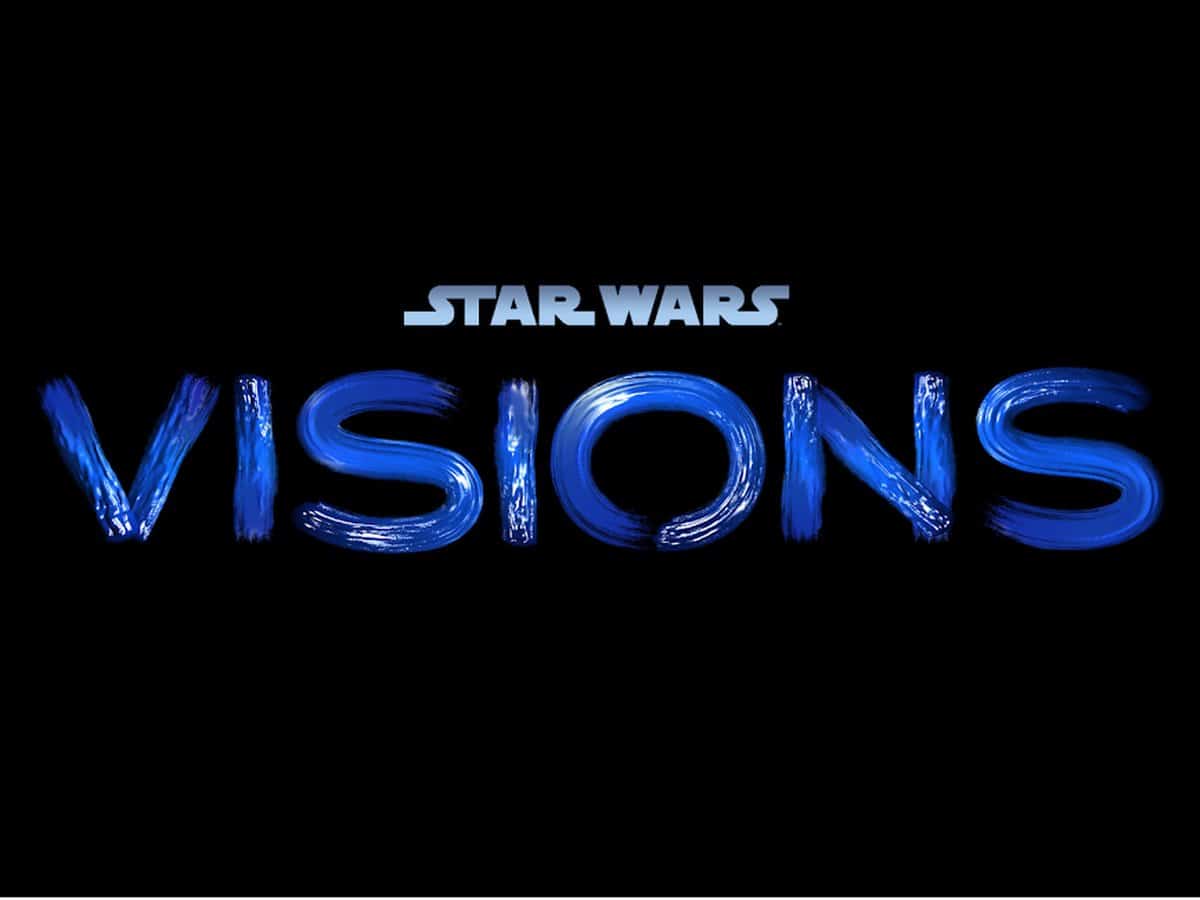 Right now, the kind of approach that Lucasfilm will take is unclear. But we think that Disney will recruit voice actors belonging to multiples nationalities. This will certainly allow them to make the content as diverse and as far-reaching as possible.

For multiple viewers this anime anthology might be their first foray into the expansive and impressive world of anime. So this might very well lead them to explore more offerings from the genre. And that will help anime grow and allow them to tell more diverse stories.

As for Star Wars: Visions, that will premiere on September 22 exclusively on Disney+.

Check Out: Din Djarin Could Be Involved With A Crime Gang In The Next Mandalorian Season 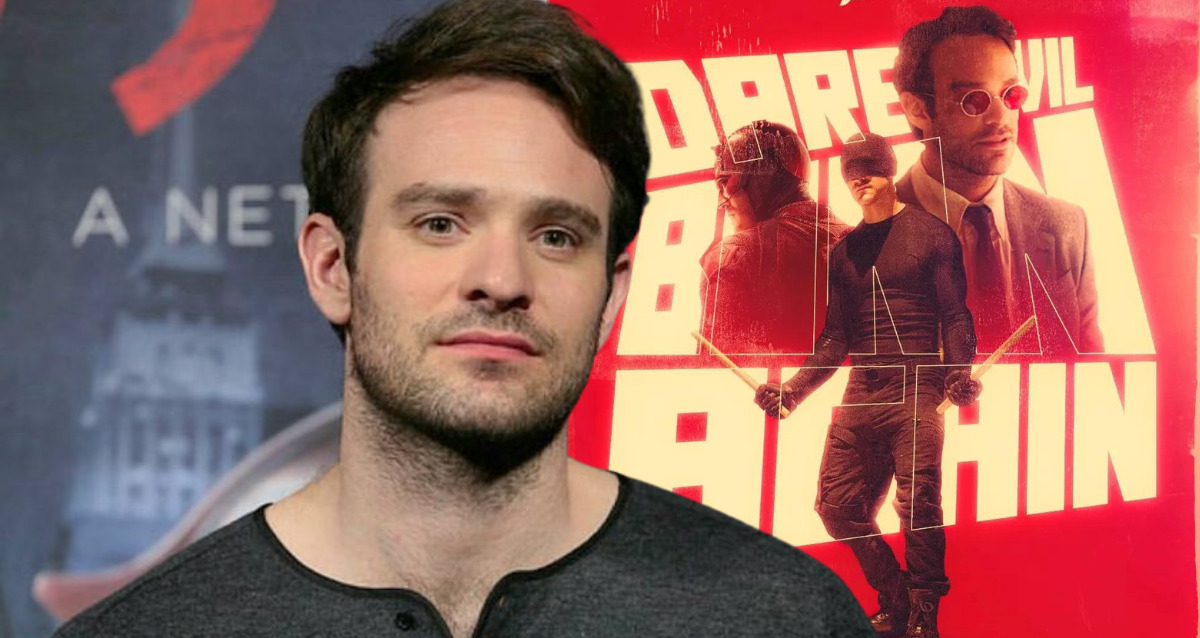