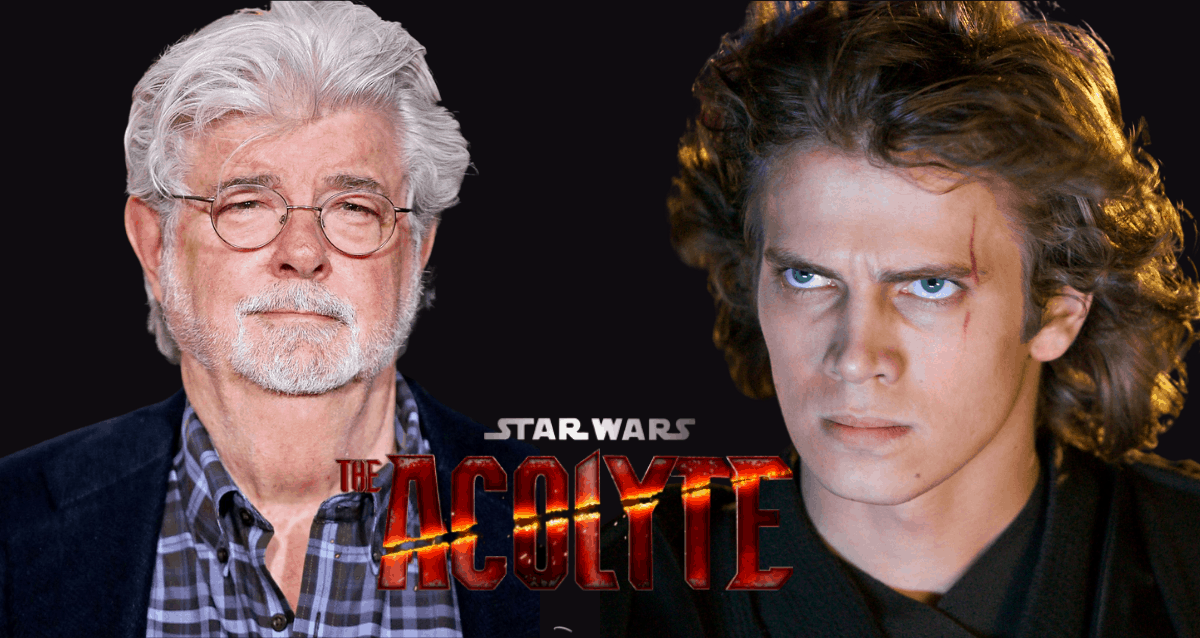 Disney bought Star Wars from George Lucas in 2012. Back then George Lucas had no idea what would be done with his saga. After all, this saga had been with him for almost 40 years back then. It was in 1975 that he wrote a draft for what would go on to become Star Wars in 1977. This movie is what’s known now as A New Hope.

Since then George Lucas has poured his blood and sweat into developing this galactic story that’s loved by millions all over the globe. Fast forward years later, Disney will be owning Star Wars for 10 years in 2022. Till now, the behemoth studio has released 5 theatrical movies and multiple tv shows.

Along with this, last year they announced an entire slate of upcoming movies and shows that will be airing on their brand new Disney+ streaming service. One of these shows has caught the fans’ eyes from the moment it was announced. This show is called The Acolyte.

Not much is known till now about the show, but official reports say that it will dive deep into the Siths in the latter part of the High Republic era. But apart from curiosity about the plot, fans also want to know if the show will stay true to George Lucas’ vision that was established when he was still in charge of the saga.

The Acolyte will be lead by Leslye Headland, who will be acting as the writer, showrunner, and executive producer of the show. Recently she sat down with A.V. Club and talked about how much of The Acolyte will be inspired by Lucas’ vision of the series, especially regarding the political themes.

Leslye Headland Talks About George Lucas’ Influence on The Acolyte

During the A.V. Club interview, Leslye Headland discussed just how much George Lucas has inspired and influenced her as well as the Star Wars show she is in charge of. She said:

“We’re all just following in George’s footsteps. He is such a deep worshiper of film, and not just the medium of film, but the history of film and the way film has been used, and all the different genres that he infused the original trilogy with is something that only he can do. He was such a believer of “film as tone poem,” that it only makes sense that people who are doing their own side stories or their own series or their own standalones. It makes sense that they’re kind of taking one aspect that he may have been interested in, or are taking inspiration from and infusing it into their particular content.”

The showrunner also said that when watching the prequel and original trilogy, viewers were able to pick the different references which Lucas had put in there. She praised the fact that he must have been an ardent admirer of film history to find all these references.

“When you watch his original trilogy, you can kind of pick out all the different references, all the different things that he pulled from. And then there’s the kind of gestalt of how everything comes together and is so much greater than just the reference, which is what kind of ended up happening in the ’90s. There were all these references being made and recognized. It’s the same with being online—we’ve either seen a clip of it or we’ve seen the movie. Whereas, someone like George, he had to be a dogged admirer and ardent devotee to the art of cinema, in order to be cherry-picking the way that he did.” 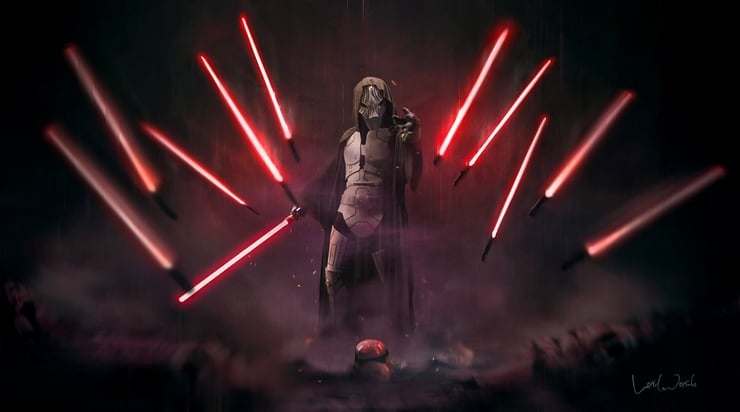 In the end, regarding the political question, Headland said that fans had told her to not make Star Wars political, but she had rebutted to that by saying that it was George Lucas who made it political. She explained:

“In a way, that’s why that ends up happening. I don’t know for sure, but if I had to take a guess as to why the standalones and the series ended up feeling like we’re going to move just into this particular space or we’re going to lean into this particular genre, which we know inspired George. And that goes for ideology as well. I mean, it’s funny, because a lot of the feedback that I’ll get—and I use the term feedback very lightly—but when I do go on social media, the feedback is “Don’t make Star Wars political.” I’m like, “George Lucas made it political. Those are political films.” War is, by nature, political. That’s just what’s up. It’s truly what he was interested in talking about and looking at and digging into. So it’s kind of impossible to tell a story within his universe that doesn‘t have to do with something that has to be that the characters see externally reflected in whatever’s happening in the galaxy at that particular time period of when it takes place. You know? That’s another thing that we all kind of inherited from him as well, and hope to kind of keep reflecting in the work, hopefully.”

How Will Politics Be Incorporated In The Acolyte?

Headland’s comments offer fascinating insights into her thought process regarding the upcoming show. It is certainly encouraging to see that she is indeed taking a lot of inspiration from Lucas’ Star Wars movies. After all, it’s clear now that she is a fan of his vision- the one that was made in 1977. 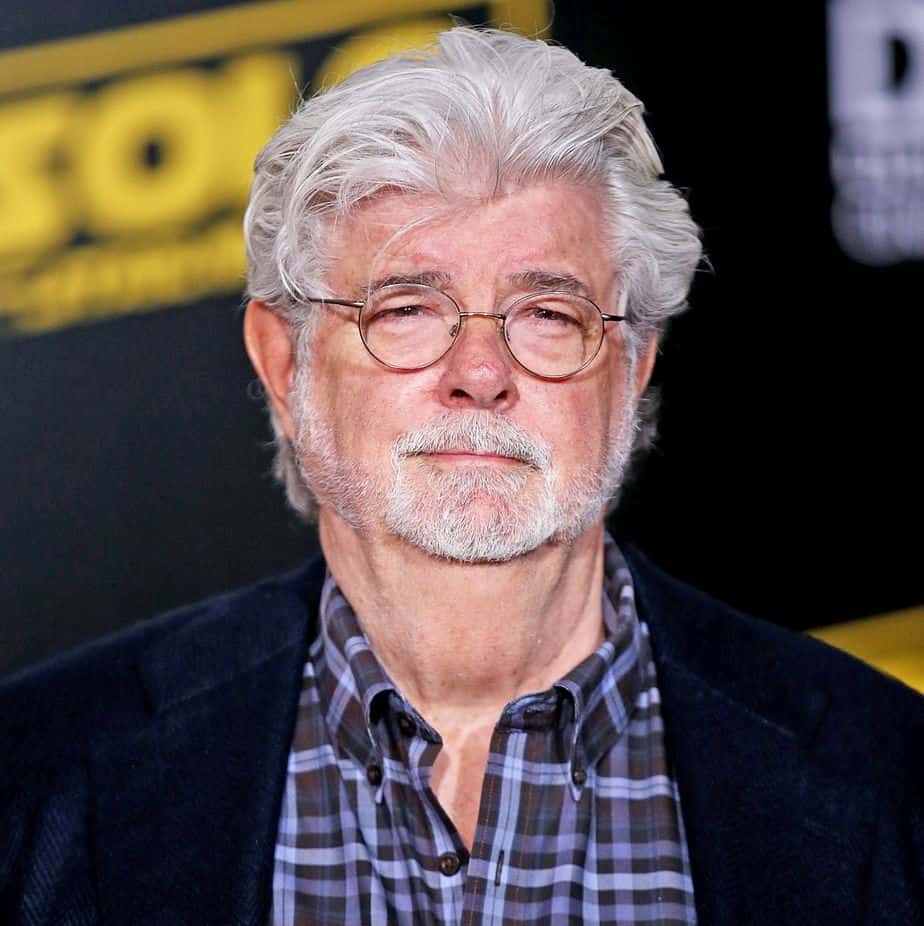 She also said that she was following in George’s footsteps. So it’s pretty obvious that she wants The Acolyte to stay true to the vision of the maestro and the themes he wanted to show in the movies. After all, it’s important to show that the franchise is one large coherent story.

After all, if a showrunner or writer strays too far from the original work, then it creates inconsistencies in the product. However, this doesn’t mean that creators should be chained to the original vision. They should still be allowed to add their own influences. So we are glad that Headland understands how to walk this fine line.

As for the politics in the show, the showrunner is right about Lucas using politics as a major part of his story. After all, Star Wars is famously known for depicting the political chokehold the Galactic Empire had over the rest of the galaxy. And it also showed how a group of rebels who didn’t agree with it, chose to fight it.

One quote from Headland stands out to us- “War is, by nature, political.” She is absolutely right about that. Also, she is right about the fact that it’s pretty much impossible to tell a story in this universe that doesn’t concern a team responding to the politics going on in the galaxy.

We are mighty impressed with Leslye Headland’s views on Star Wars. Hopefully, the show will turn out a masterpiece that is sharp and yet subtle while hitting the nail on the head regarding various topics.

Check Out: Mandalorian Gave The Best Explanation For Why Jedi Padawans Are Trained So Young 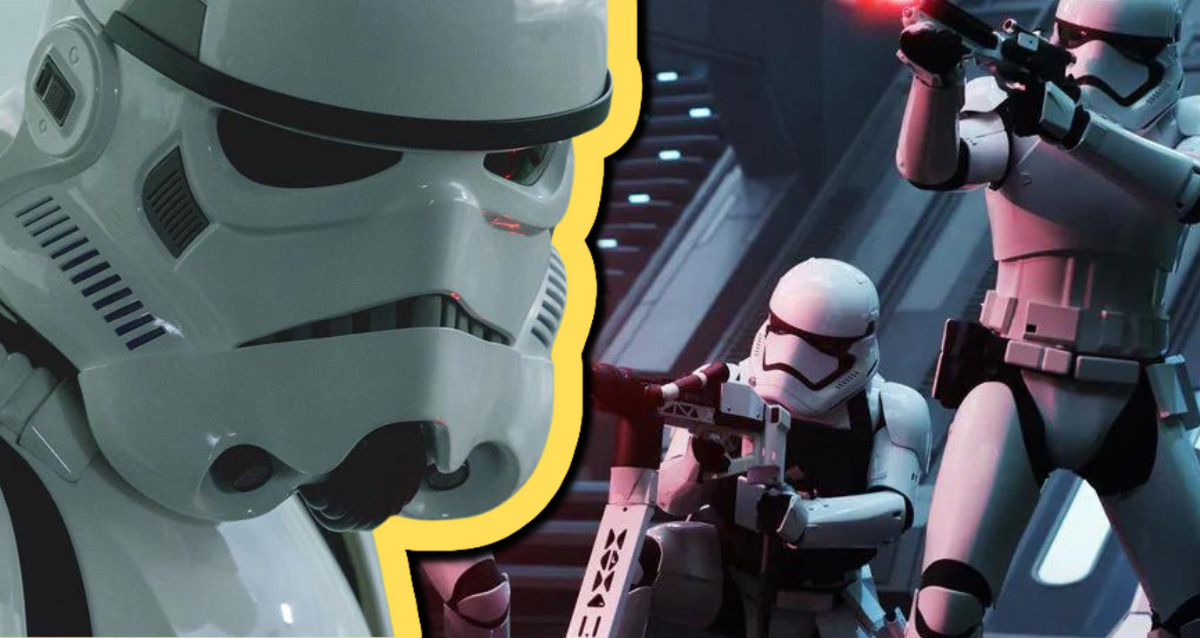 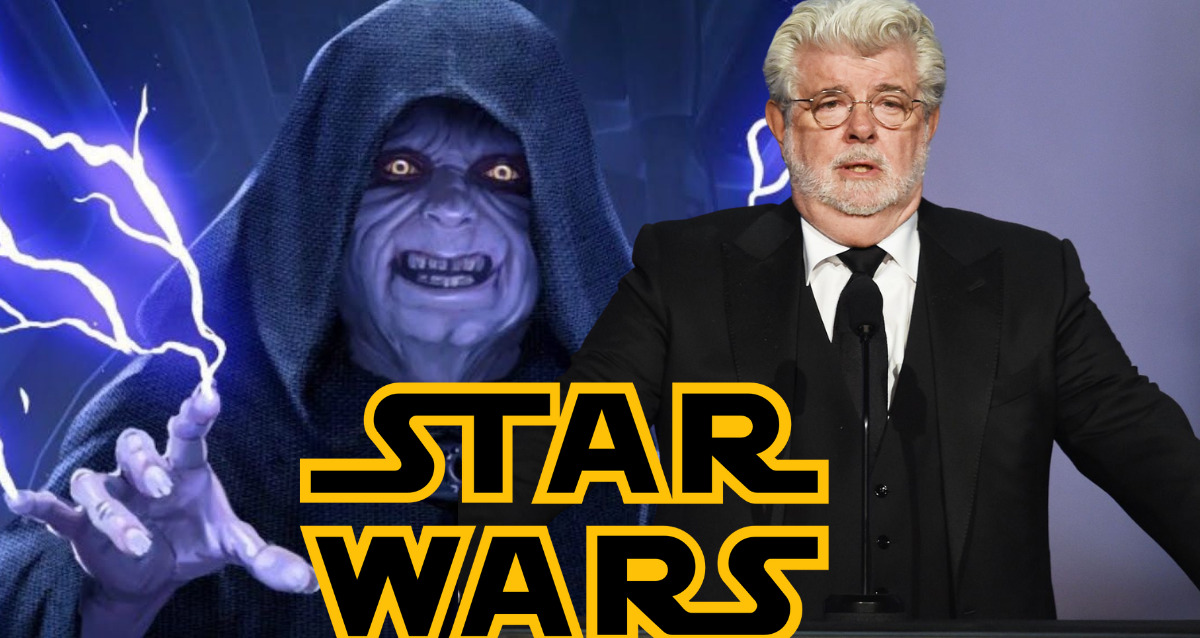 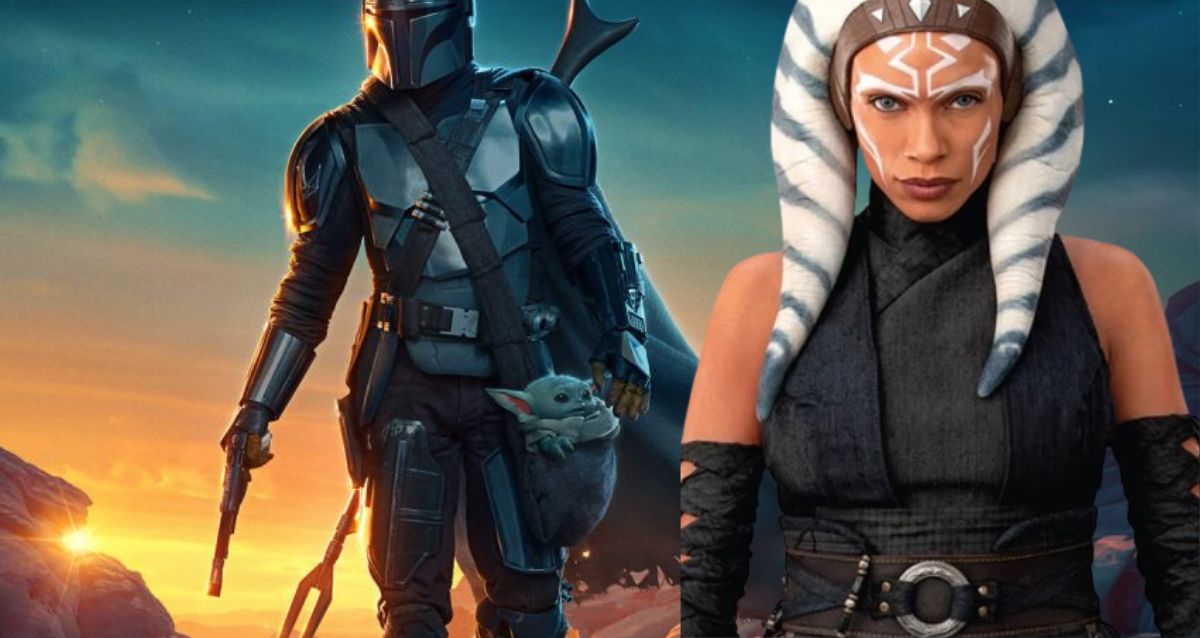 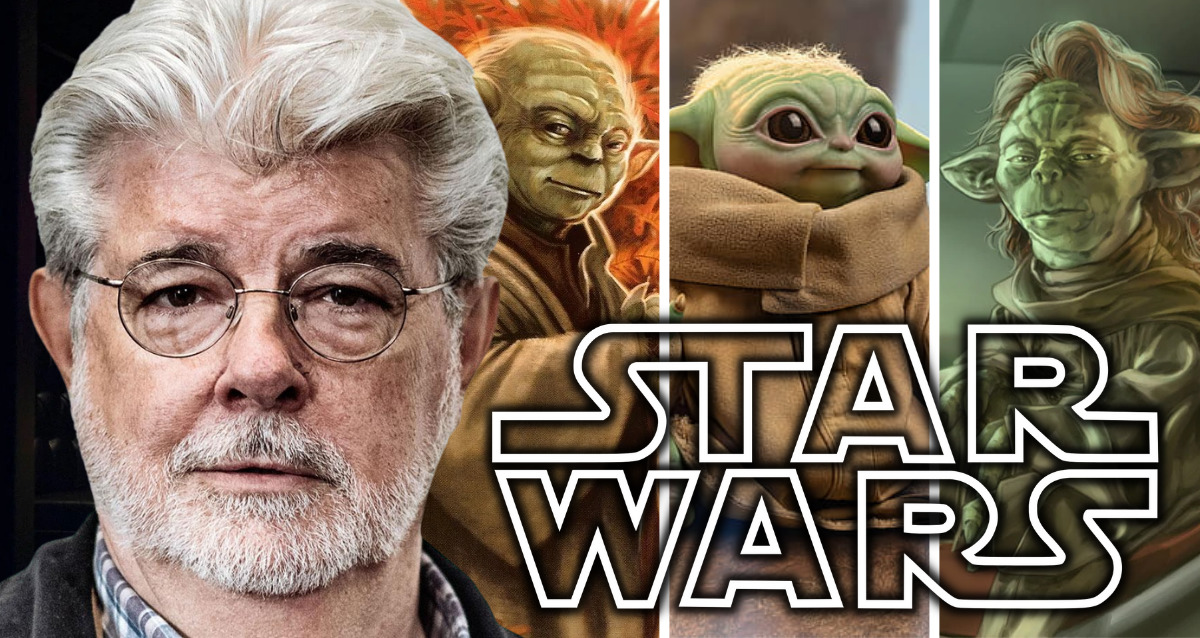