Star Wars: The High Republic was a rebirth for Lucasfilm. After all, this allowed the company to approach the galaxy’s lore in a new way and in doing so it could expand on the philosophical roots of the movies. A good example of this would be the Light of the Jedi novel. This novel introduced readers to new features of the Force that couldn’t be addressed in the movies.

Now, the brand new chapter is beginning with Claudia Grey’s Dark. In this novel, readers will come to know how Ahsoka Tano became a light user.

Where Does Ahsoka’s Allegiance Lie?

Readers must be curious to know how is Tano still a force for good when Snips left the revered Jedi Order ages ago? But as well saw in The Clone Wars’s final season, Tano was fighting for the good guys. In fact, Ahsoka helped take control of important Mandalore back with the 501st Legion. But that’s not all. She even helped beat back Darth Maul’s forces.

Also, after years had passed since the two major incidents- the downfall of the once-powerful Galactic Empire as well as of Order 66, Ahsoka was still fighting for the light. But she isn’t a Jedi and she isn’t a Sith as well. So the question is- where does Tano’s allegiance lie? Perhaps we will find the answer in the novel.

Connection Between Orla And Ahsoka

In the novel Into the Dark, three Jedi Knight went to the well known Starlight Beacon. However, a horrible disaster made all the galactic spacecraft falls off from hyperspace and right into a derelict space station present in the smack middle of pretty much nowhere.

Now, one of the Jedi of the Trio was Orla Jareni who didn’t believe or have faith in the ways of the powerful Jedi Order as well as their ways of looking at the Force. This is why Jareni began her journey, very interestingly, with a curious title in the Jedi Order- A Wayseeker. 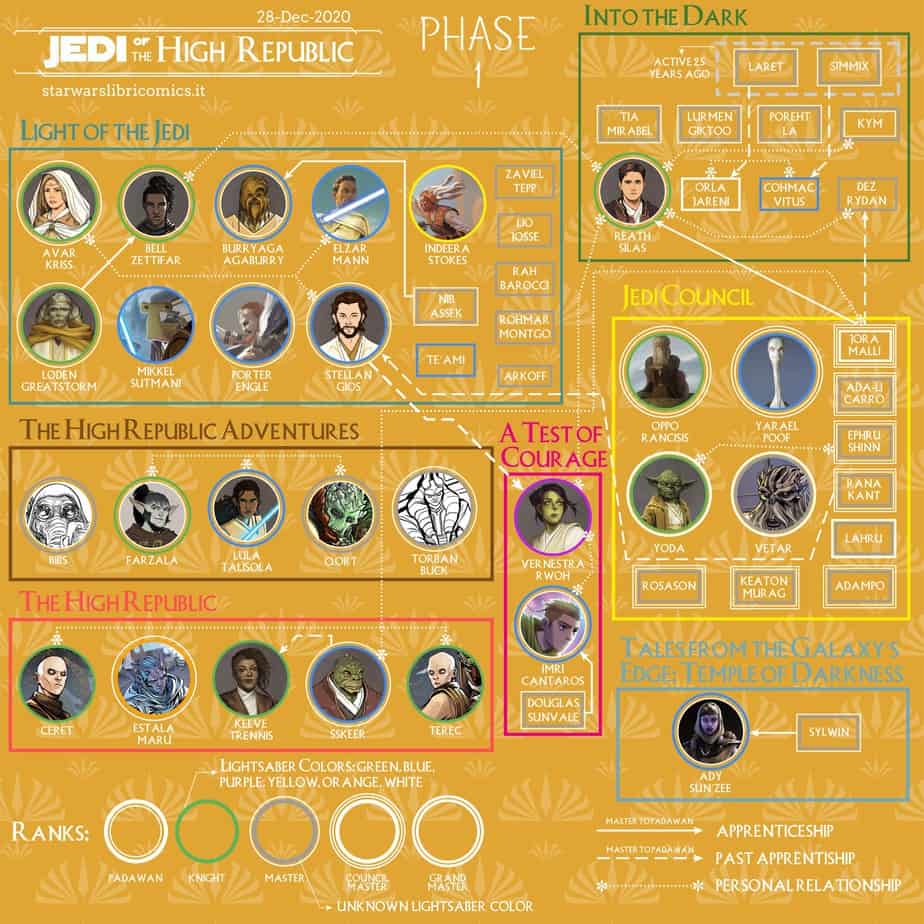 Jedi of the High Republic

Now, a Wayseeker refers to a person who determines their own way of serving and connecting with the Force. Often these ways are not in tune with the philosophy offered by the Council. Now, you must have noticed how Jareni’s title and viewpoints parallel Ahsoka’s.

But this is not the only resonance you will find. Star Wars: The High Republic connects Snips and Orla’s stories too. After all, both have a white lightsaber and wear grey robes.

However, all this has made many wonder- why isn’t Ahsoka mentioned with the expansive Skywalker timeline? Also, why doesn’t she have a title? One reason is that if Ahsoka had stayed with the Order then Yoda would have perhaps given her the Wayseeker title. However, since she renounced it so that became tricky to accomplish. But in the end, she fought for the light and even Yoda praised her effort and determination in helping the Rebellion during Star War Rebels. So it certainly makes us think that Ahsoka will stay a light warrior for long even if she doesn’t get a title right now.

Check Out: Ahsoka Tano Show Could Revive A Scrapped Rise Of Skywalker Storyline

Star Wars: Why Does Ahsoka Tano Have Different Colored Lightsabers?

Ahsoka Tano and Obi-Wan Kenobi Meeting? It Might Happen Sooner Than You Think

Will We See James McAvoy Back As Professor X In Avengers: Secret Wars?

Ultron Reportedly Coming Back With A Vengeance In The MCU