Warning: Contains spoilers for The Book of Boba Fett episode 4.

Boba Fett (Temuera Morrison) and Fennec Shand (Ming-Na Wen) will now have to face off against the Pyke Syndicate, and so they are looking to hire muscle for help in the battle. There are plenty of possibilities regarding who they could hire in episode 5 of The Book of Boba Fett.

In the first 4 episodes, we saw Boba Fett attempting to take over and control Jabba’s empire on the desert planet. We all knew that the popular bounty hunter wouldn’t be able to rise to power quickly and without any problems.

One of the problems that Boba had to encounter was a disagreement with Hutt clan members. But they soon left Tatooine due to another incoming threat.

We know that Mos Espa’s Mayor has promised the planet to the Pyke Syndicate, and they could be connected to Crimson Dawn as per various theories. Thus, maybe Qi’ra will turn out to be the main villain of the series.

But we don’t know that. Right now, the Pykes are a major threat. Boba has his own history with the Pykes, but he isn’t in any position to fight them right now.

An army of the Pyke Syndicate did come to Tatooine at the end of episode 3, but Boba Fett doesn’t have many allies to help him. He has Fennec Shand, new rancor, a couple of Gamorrean guards, and maybe a Black Krrsantan with him.

Also, he has made deals with other main players on the desert planet to stay neutral if there’s a fight between the Pykes and Fett’s clan. But Boba is aware that he needs firepower if he has to go to war.

By the end of episode 4 of The Book of Boba Fett, Fennec Shand and Boba are shown overlooking the desert planet from Jabba’s palace and discussing their war strategies.

Shand says that they can use the credits to buy muscle power. This line means that Fennec Shand and Boba Fett are going to recruit some people to their cause in episode 5 of The Book of Boba Fett.

So here’s a list of characters who could join Fennec Shand and Boba Fett’s cause in episode 5.

The first name that immediately comes to mind is Pedro Pascal’s Din Djarin. He is the most likely and most reliable firepower for Boba Fett and Fennec Shand in the upcoming battle.

Also, Right after Fennec mentions using credits to buy hired muscle, the theme of The Mandalorian starts playing. This has made fans pretty sure that Din will show up in The Book of Boba Fett.

Also, this would simply make sense on multiple levels. It will give The Book of Boba Fett a chance to more deeply connect with The Mandalorian and establish itself as truly a part of The MandoVerse.

Also, along with this, it will help create more interest in the series since some pockets of Star Wars fans have deemed the show boring and unnecessary.

As for Din Djarin’s side, it should fit his timeline as well. He might be willing to join the fight since Grogu has left with Luke Skywalker. As such, he doesn’t have much on his list. As such, it could be like The Mandalorian 2.5 like many predicted.

Also, Din spent a lot of time on Tatooine and helped free parts of the planet from the clutches of the Empire. So if he shows up to fight against the Pykes, it would be in character.

Children Of The Watch

Children of the Watch

Fennec Shand and Boba Fett are likely looking for more than one person to help them in their battle against the Pykes. So if they are looking for more recruits, they will likely seek out Children of the Watch for help.

We last saw the cult in the Mandalorian since Din was raised as one of their foundlings. He was a part of their Tribe group, which came out from hiding in season 2 to help him. But this resulted in their enclave getting destroyed. So the Children of the Watch scattered, including the Armorer.

As such, Fennec and Boba may find some of those members and hire them to fight off the Pykes along with them.

It’s possible that in episode 5 of The Book of Boba Fett we will get to see Migs Mayfeld (Bill Burr) return. This skilled and powerful sharpshooter and mercenary last appeared in season 2 of The Mandalorian.

There he worked with Boba Fett as a part of Mando’s team. His involvement in the mission led Cara Dune to fake his death so that Mayfield could be left on Moral. Boba Fett knows about Mayfeld’s last location and also that he has no other immediate means of getting off the planet.

Also, Boba is aware of Mig’s skills as well as his willingness to do anything for the right amount. As such, it would make sense for him and Fennec to find out where Mayfeld is so that they could recruit him.

The Book of Boba Fett could introduce another Mandalorian into the mix- Bo-Katan Kryze. She too can help Boba take down the Pyke Syndicate. But right now we don’t know what’s going on with Bo-Katan after the finale of season 2 of The Mandalorian.

She failed to get the Darksaber properly and as a result, she might be in a dark place. However, maybe Boba Fett’s call will be enough to snap her back to action. The two of them have met each other because of their involvement with Mando.

Soboba might know where to find her. If he does call Bo-Katan and ask for her help to take out the Pykes, who have a history with Mandalore’s fall, then it might make her say yes to the mission. 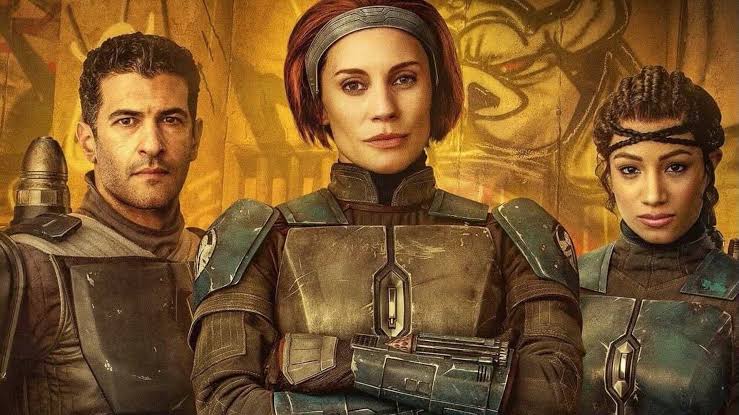 Along with Boba-Katan, Fennec and Boba could also go after the other Nite Owls. This will allow the show to bring back other characters who have appeared in The Mandalorian.

This includes Axe Woves (Simon Kassianides) and Koska Reeves (Sasha Banks). The latter came back in season 2 and accompanied Bo-Katan and Boba in the finale.

The former hasn’t shown up since season 1 of The Mandalorian. Now we don’t know where each of the Nite Owls are when the events of The Book of Boba Fett occur. So they could both accept Boba Fett’s offer regarding the fight with the Pykes.

Now, Fett could hire Cobb Vanth (played by Timothy Olyphant) to protect the planet. We previously saw the character in season 2 of The Mandalorian. There he was the sheriff and mayor of Mos Pelgo.

Cobb Vanth used Boba Fett’s Mandalorian armor to liberate the town, but he agreed to give the suit back to Din once his town was safe. Since he cares a lot about Mos Pelgo, he won’t be okay with the Pyke Syndicate coming to the planet.

This is especially true if they try to bring Mos Pelgo under their control. Due to that, Cobb should ideally take the opportunity to take down the Pykes as long as Boba agrees to leave his town alone if they succeed in the mission.

The character has a history with Boba Fett. He is Boba’s bounty hunting mentor. Also, there are plans for The Clone Wars to reveal that it was Cad Bane who put that dent in Boba’s helmet.

Another character that The Book of Boba Fett could bartog in this fight is IG-88. This bounty hunter from Star Wars: The Empire Strikes Back was confirmed to be alive beyond the events of the presently running Disney+ series.

Also, The Mandalorian has the IG-11 model that could be retrofitted to be the IG-88 instead of it. Now viewers never really got to see the IG-88, so maybe The Book of Boba Fett will finally show off the assassin droid and just what it can do.

Who knows, we might get to see Boba and Bossk team up together in The Book of Boba Fett to fight off the Pyke Syndicate. Bossk helped mentor Boba as a kid, and the two were seen together with the bounty hunters Vader assembled in Star Wars: The Empire Strikes Back.

We don’t know where Bossk is right now or even what happened to him after the events of the Original Trilogy. But his last recorded location was in Jabba’s Palace with Boba Fett. So it would be quite ironic, if this is also where they reunite to fight again side-by-side.

It’s possible that Boba Fett might go back to another well-known accomplice. This time it will be Dengar, and the ex-bounty hunter can hire him in episode 5 of The Book of Boba Fett.

Fans will know that Dengar wanted to remain a part of the bounty hunter world. So he underwent extreme cybernetic surgery. This left him almost unrecognizable. So this might mean that Danger will show up looking quite different if he does accept Boba Fett’s offer to fight against the Pykes.

So who will ultimately join Boba Fett’s fight against the Pykes? To know we will have to tune into new episodes of The Book of Boba Fett every Wednesday on Disney+.

You might also like: Star Wars Theory! How Kylo Ren’s Ben Solo Will Appear In The Book Of Boba Fett