Stranger Things’ Sadie Sink To Play Songbird In The MCU 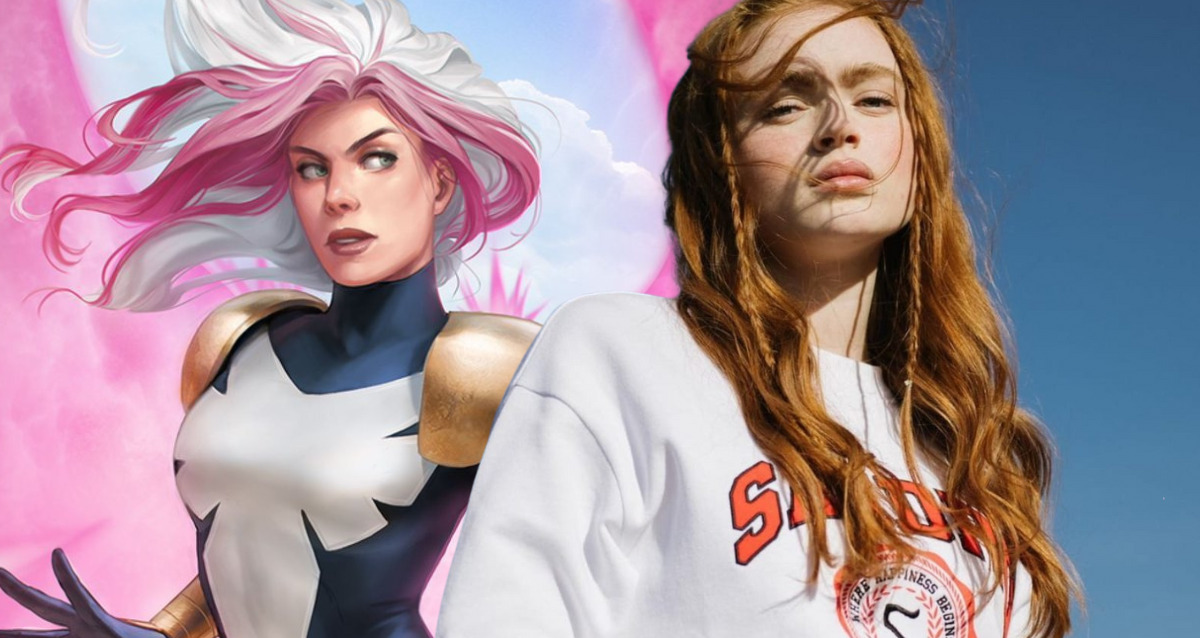 I’m sure you have all watched Sadie Sink’s captivating performance in Stranger Things. There have been speculations claiming that Sandie Sink will be joining the MCU. She has been rumored to play many characters but we finally have a solid answer. She will play Marvel’s Songbird also known as Screaming Mimi in the upcoming Thunderbolts project. Songbird is such a character who started off as a villain but chose to leave it behind a become a hero of sorts.

Who is Songbird in Marvel Comics? 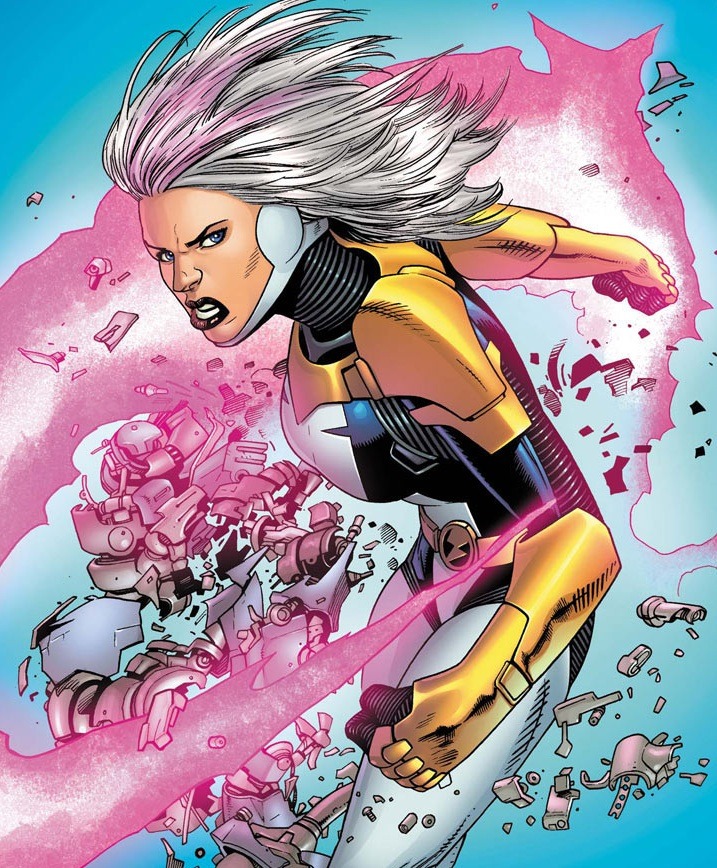 Songbird also known as Melissa Gold has a rough and tragic childhood. With her alcoholic father and mother, who was incarcerated for attempted robbery, she had to look after herself. With Sink’s experience on Stranger Things, playing a troubled youth should be right up her alley. Later on in life, Baron Zemo offered her a place in the Thunderbolts. There she got new powers through a voice-augmenting harness and high-tech implants in her neck, which were given to her by Fixer. Thats how she went from being Screaming Mimi to Songbird.

Her powers include generating sonic blasts, force-fields, and even creating solid objects using sound energy. She can also manipulate sound to act as winds, thus allowing her to fly. She is quite a complex and multifaceted characters. As mentioned before, she has been both hero and villain. We wholeheartedly believe that Sadie Sink can pull of this character and give her the depth she has in the comics.

During the San Diego Comic Con Hall H presentation, Marvel Studios President Kevin Feige announced that Thunderbolts will be the last project of phase 5, wrapping things up. A core member of Thunderbolts is none other than Songbird. Thus due to this announcement, Songbird’s role in the MCU becomes increasingly important.

Who are the Thunderbolts from the comics? 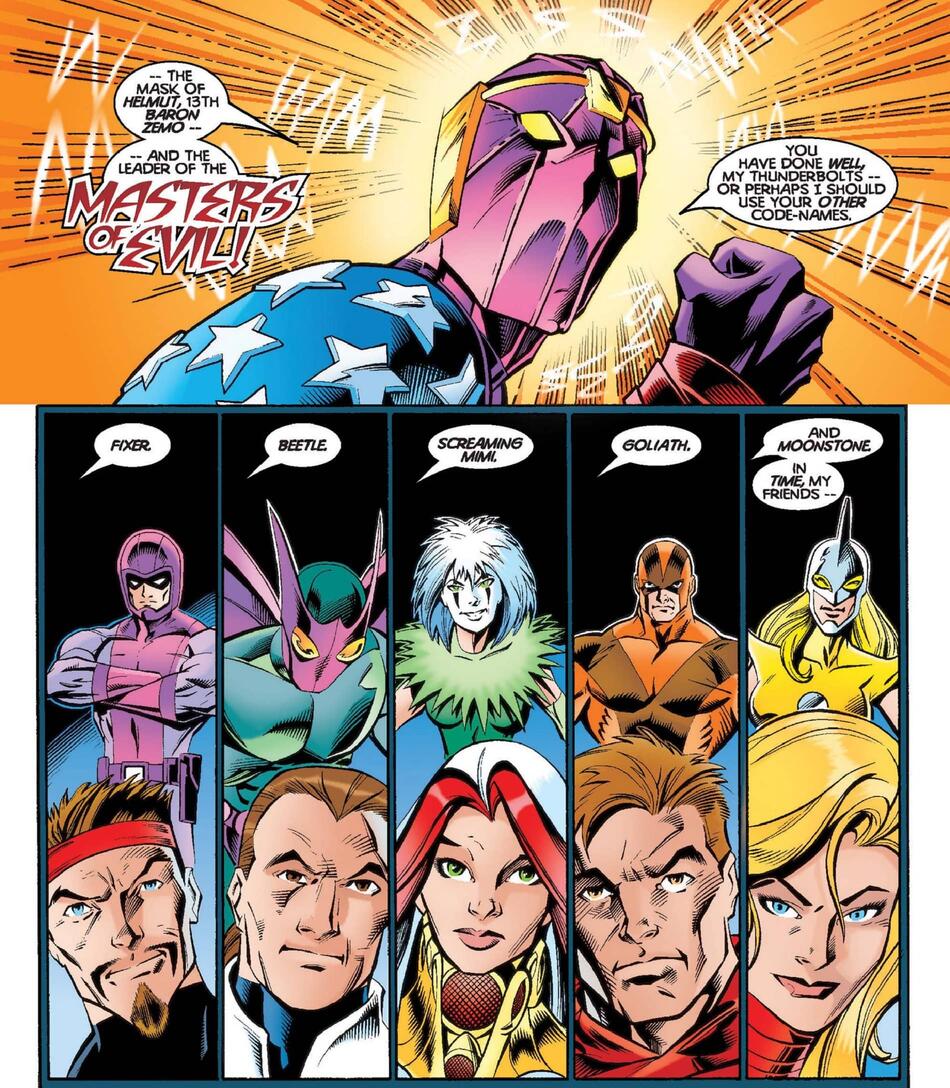 The Thunderbolts were a group of superheroes who wanted to save innocent people from violent rampages. The group included Meteorite, Songbird, Mach-VI, Atlas, Techno, and their leader Citizen V. They were a powerful team that fought the Wrecking Crew and even helped fix the Statue of Liberty. Through their heroic actions they won over other superheroes such as Black Widow and Spider-Man.

But surprise reveal, they’re not what you think at all. In reality, they are a group of villains looking to dominate the world. They were created by none other than Baron Zemo. During the Onslaught event in the comics, most of Earth’s superheroes were killed by Onslaught who was a sentient psionic entity created from the consciousness of Professor Charles Xavier and Magneto. Zemo looked to take advantage of the absence of Fantastic Four and the Avengers who were supposedly dead. MCU is soon going to have its Suicide Squad counterpart. The Thunderbolts will boast of several grey characters and will lend a darker tone to the MCU. Although casting details have not been revealed there are a few names that are bound to come up. Sebastian Stan as Bucky Barns aka The Winter Soldier and Daniel Brühl as Baron Zemo seem like obvious choices. A few characters who have been associated with the Thunderbolts in the comics are Hawkeye, Luke Cage and Kingpin. Two more really interesting characters who may be involved are Valentina Allegra de Fontaine aka The Contessa and Yelena Belova as the new Black widow. Chances are their that The Contessa takes over the Thunderbolts as their new leader.

As of now the plot has been kept under wraps. As for the release date, it’ll most likely be released in 2024 as it is rumored to begin filming next summer.