Super Bowl Footage For Doctor Strange 2 Has Been Officially Released 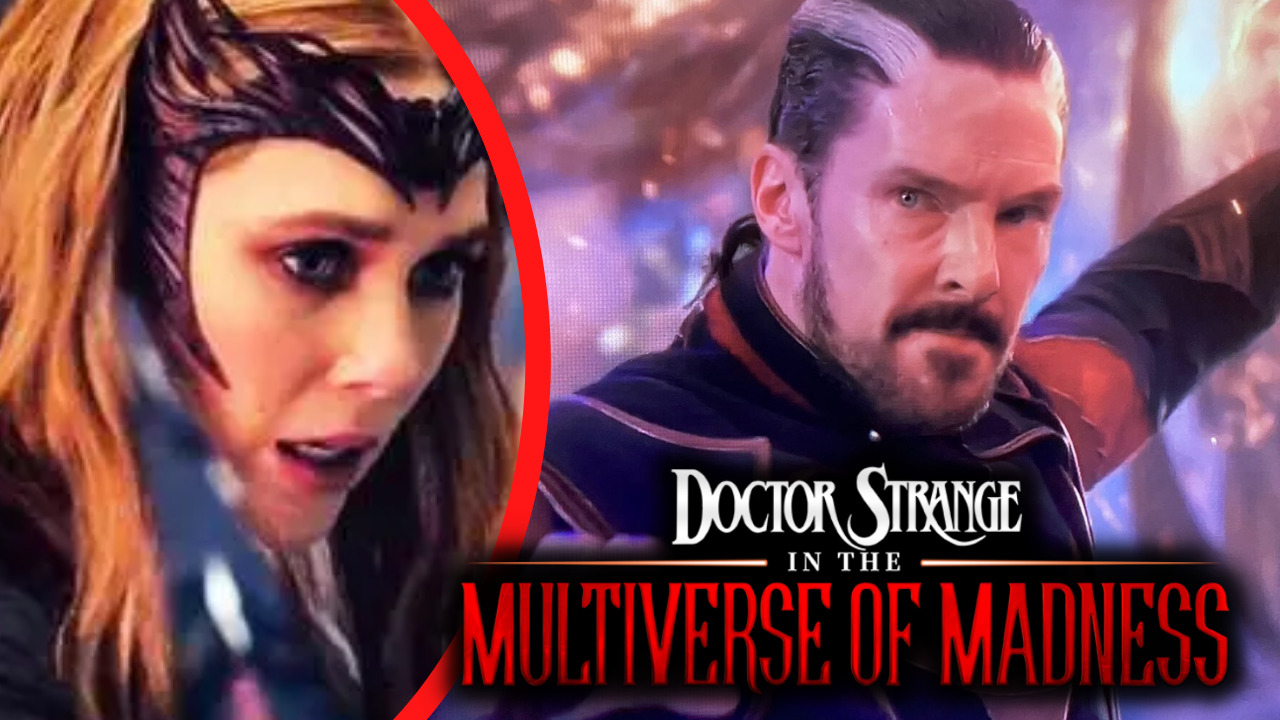 A new film from Marvel Studios titled Doctor Strange in Madness will be released in theaters soon. After a five-month wait since last year’s NWH, the trailers suggest that the long wait will be well worth it. Benedict Cumberbatch’s next adventure could be anything he chooses, given how successful the Multiverse was for him.

The teaser showed fans the original Television site that aired during the Super Bowl had never been formally released online. Nonetheless, it was still a big surprise. More extra footage was found in those thirty seconds of footage, which viewers have only seen via YouTube bootlegs. Things have changed quite a bit since then.

Doctor Strange in the Multiverse of Madness Superbowl ad has been released by Marvel’s official Latin America Twitter account, which had previously not been made available to the public. Here are some of the best new high-quality things you’ll find in just thirty seconds of madness, as shown below.

This begins with a clear depiction of the mysterious threat that is stalking the sorcerers at Kamar Taj.

Sorcerers dealing with the Threat

The forces attempting to defend against the stranger can be seen from above, and the battle isn’t going to go their way.

Wanda’s gaze into the Multiverse is reminiscent of the Watcher’s in What If…?

In the Illuminati’s headquarters, Mordo wields a magical sword against Strange.

Mordo with a magical sword

Against Gargantos in the streets of New York, America Chavez takes on her adversary.

This is the first look at Benedict Cumberbatch’s Defender Strange as he defends America Chavez from a mystical threat.

With America Chavez imprisoned in a transparent cube behind her, Rachel McAdams, who is likely playing a character new to the audience, is seen next to an Ultron bot.

Wanda is being pursued by an unidentified assailant, who many believe to be either a Captain Marvel or Iron Man variant.

Wanda Maximoff, played by Elizabeth Olsen, isn’t looking her best as she gazes off into the distance.

No good looks For Wanda

Scarlet Witch’s appearance continues to deteriorate as she appears to be spiraling out of control.

A closer look reveals that the former Avenger is bloodied (or at least covered in some sort of black ooze) and on the prowl for unknown prey.

The audience is about to learn that this Dr. Strange Variant has turned into a zombie in this shot.

For better or worse, Strange has realized what he has become—hopefully not the sorcerer audiences have come to know, but rather a Variant.

In one of the portals created by America Chavez, a mysterious beast catches Defender Strange.

The Film Is Just Around The Corner

It’s odd that the Super Bowl commercial hasn’t been made available online yet. This is still not being advertised widely across all of their pages.

Thirty-second spots are usually made up of footage from the full trailer that was released online at the same time as the spot airs. However, the amount of original footage here is a little extra, but this is unlikely to be a problem for the film’s audience.

We’re now less than two months away from the release of the movie, and the anticipation is growing more and more difficult to bear. There’s a real risk that spoilers will be leaked online before fans see the movie, which is a real problem these days. Take a look at the box office performance of No Way Home.