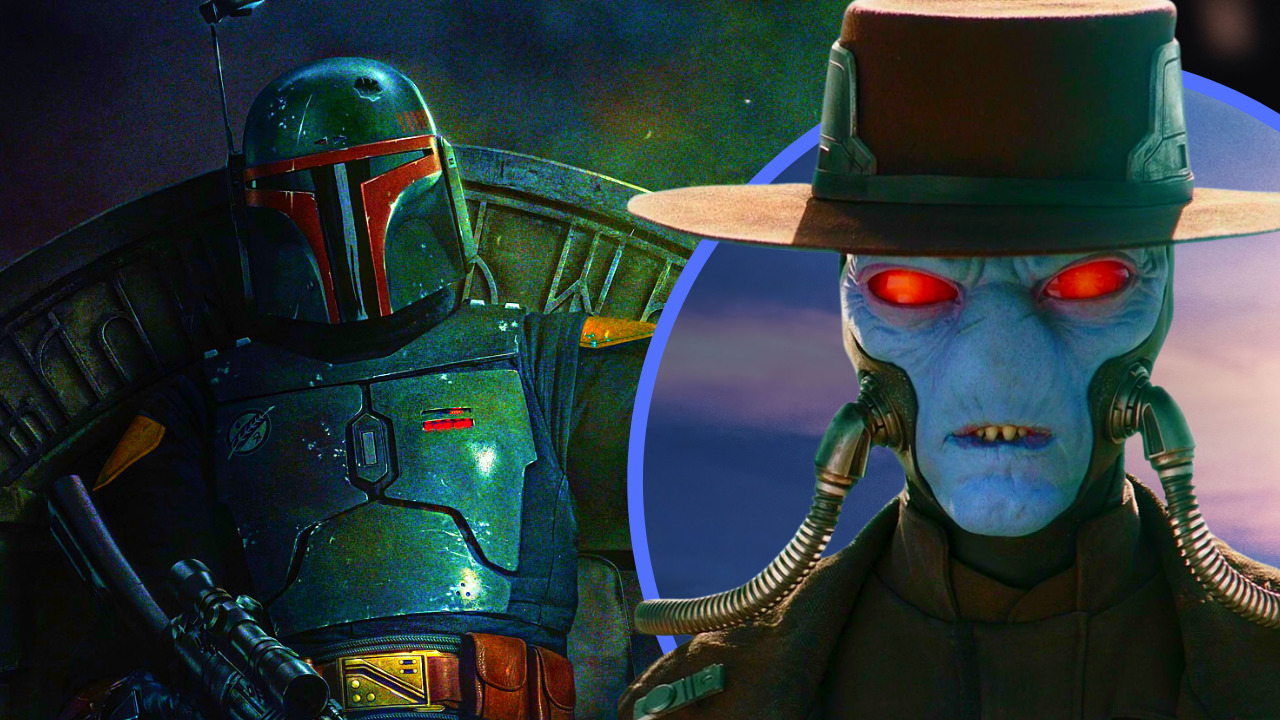 Warning: This article contains spoilers for episode 7 of The Book of Boba Fett.

Episode 7 of The Book of Boba Fett has finally wrapped up Temuera Morrison’s titular hero’s tale. In episode 6, we saw Cad Bane make his live-action debut by threatening and then gunning down Cobb Vanth.

Cad Bane is voiced by Corey Burton on the Boba Fett show, and as expected, he played a huge role in the finale. The beginning of the show confirmed that the Pykes had indeed hired him to ensure the safety of their spice shipments.

When the syndicate head realized that Boba was going to be a problem, Cad Bane was commissioned to negotiate with Boba one final time so that he stays out of their way.

Now, Star Wars fans know that Bane and Fett have a rough history between them. The Clone Wars suggested that their meetings were epic showdowns.

When they met on the show, Cad Bane tried to urge Boba for a one-on-one fight. He said that the Pykes killed the Tuskens Boba was with. Also, he teased him about his bounty hunter skills. This ultimately led to Boba taking Cad Bane’s life.

The Final Showdown Between Boba Fett And Cad Bane 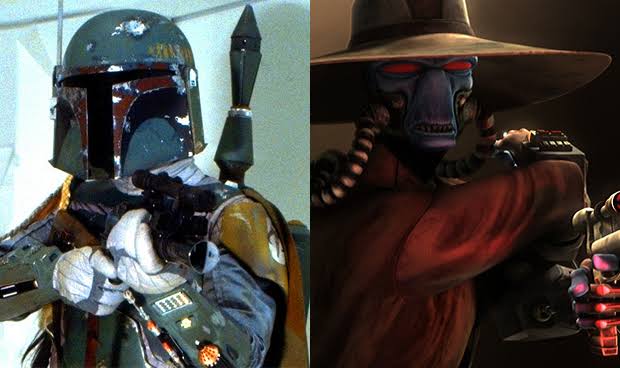 During the final fight, Cad tried to gain the upper hand by saying that he was a faster draw. And this proved to be true when he was able to disarm Boba.

After this, he mocked Jango Fett and then stood on Boba to tell him that there was one more lesson he had to learn before killing him. Bane took off Boba’s helmet and then pointed his gun at him to shoot.

But before he could shoot, Boba used his gaffi stick to disarm Bane and knock him off. Bane put up a tough fight, but ultimately Boba won when he impaled Cad with the sharp end of his stick.

It looked like this was end of the bounty hunter. But the mid-credits scene teased that we might not have seen the last of Cad Bane. 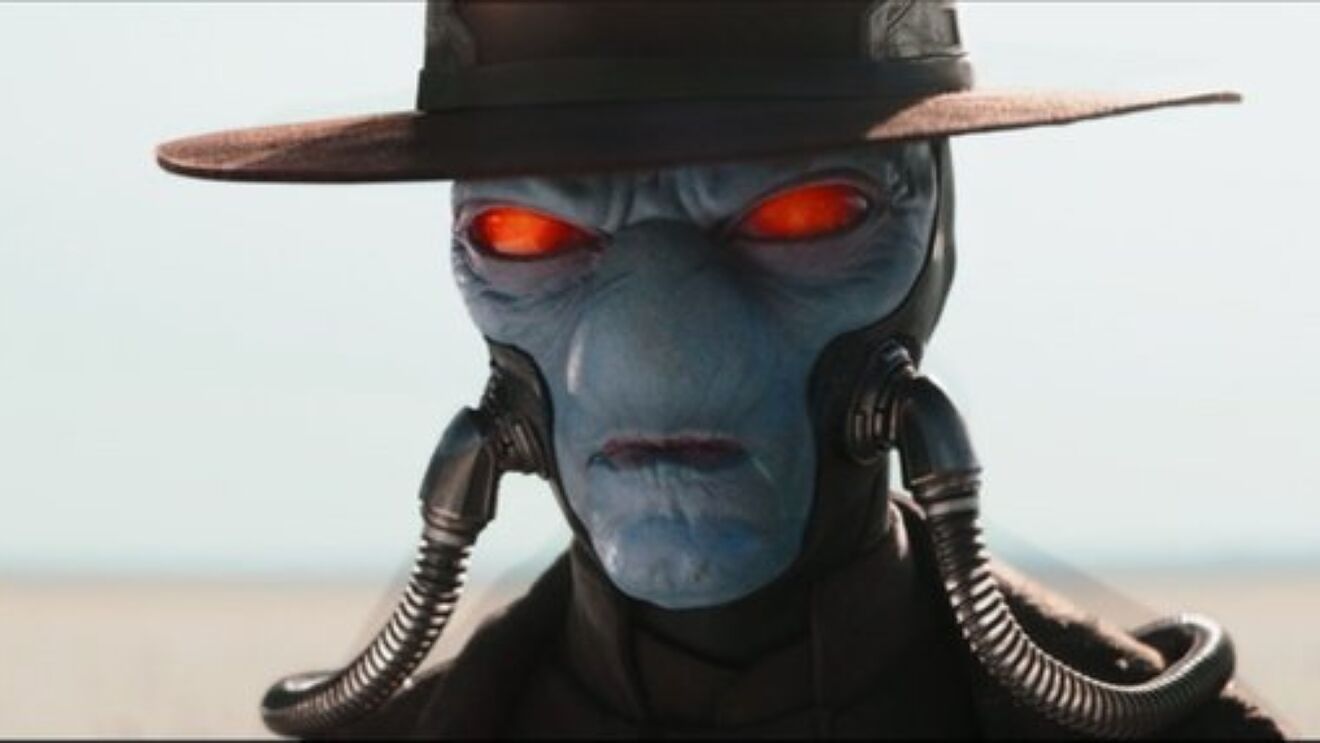 Viewers might have noticed that when Boba used his gaffi stick to stab Bane, a little red light on his chest starts blinking. Now, we don’t know what this red light means.

But since it happened as soon as Boba’s staff impaled Bane, so it’s probably connected to its vitals. We saw that Cad Bane stayed alive for a little while before lying motionless in the sand.

However, the light stays blinking until the scene changed. As such, one has to question what happened to Bane off-screen.

Will We See Cad Bane Again?

In Star Wars, many fans follow a rule of thumb- unless and until we see a dead body, that character isn’t dead. After all, Emperor Palpatine, Darth Maul, etc., have returned.

And when characters have died for good, Star Wars has shown their funeral or bodies like Darth Vader, Padme Amidala, and Qui-Gon Jinn. So it seems almost intentional that the last shot of Cad Bane had his chest light still blinking.

There are already theories on what that device was doing when the bounty hunter got stabbed. And this might hint at what’s next for Cad. We know that tubes are coming out of Bane’s face, and it’s thought that these let him breathe.

But they are only used when he’s somewhere where there isn’t any available oxygen. The device might have an inbuilt function that keeps him alive in life-threatening situations.

So maybe that device kicked in to keep him alive when it recognized that Bane was badly wounded. Another theory is that this blinking light could have been a transmitter.

And it might have pinged his location to the ship. Know that Cad Bane is accompanied by Today, his techno-service companion droid. It’s possible that Cad told this droid to be on the ship so that he could provide a quick getaway if required.

So if Todo had got that signal, he could have gone to his location to get him from there. From there, the two could go to a Bacta tank, or maybe they could go to a mod parlor.

However, if this is his end, then there’s a big time gap between his appearances in The Bad Batch and The Book of Boba Fett. So plenty more stories can be told.

Season 1 of The Book of Boba Fett is now streaming on Disney+.