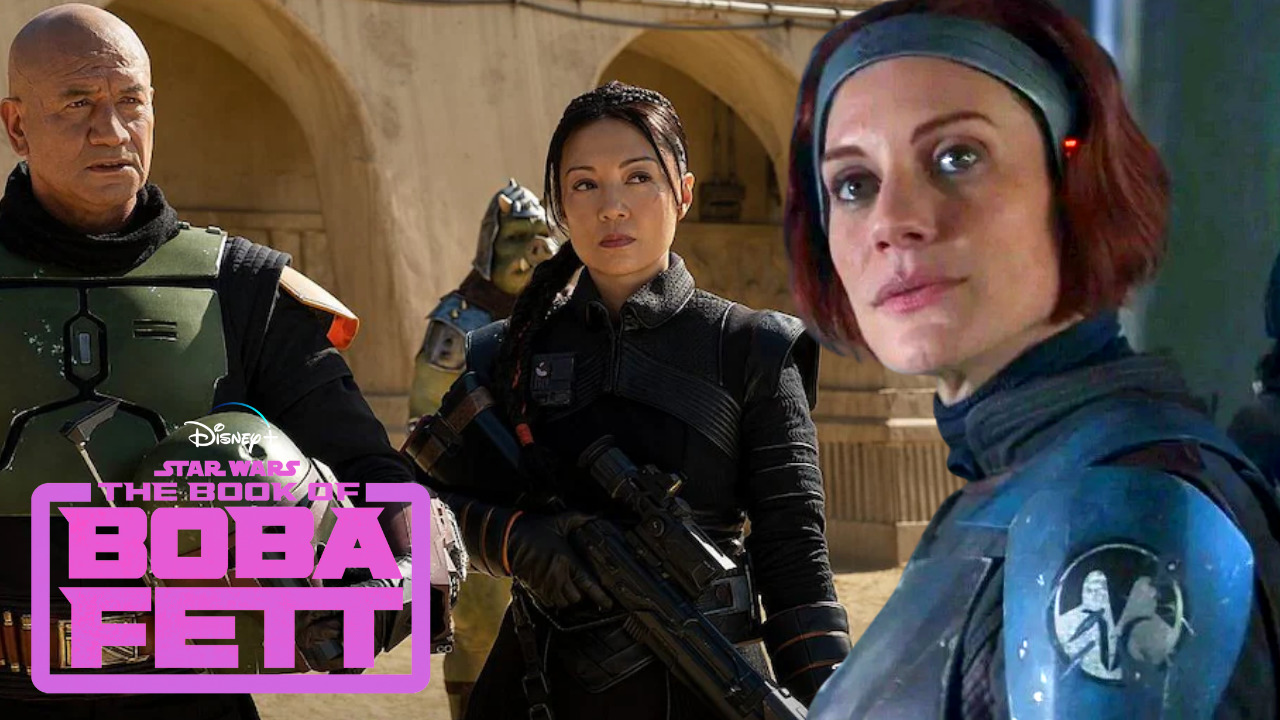 2021 was extremely lacking in Star Wars live-action content on Disney+. We did have The Book of Boba Fett in 2021. But that began at the tail end of the year and is airing a major chunk of its episodes in 2022.

Thankfully, 2022 is looking like a year that has loads of Star Wars content up its sleeves. After the success of The Mandalorian, Lucasfilm gave the green light to the Temuera Morrison starrer spin-off series, The Book of Boba Fett.

The show received positive reviews during the first couple of episodes, but soon fans complained of slow pacing and a meandering plot. However, after episode 4, the show has a trick up its sleeve to bring fan interest back to the show.

But no matter whether you are loving The Book of Boba Fett or not, Lucasfilm has more upcoming Star Wars shows to convince you. 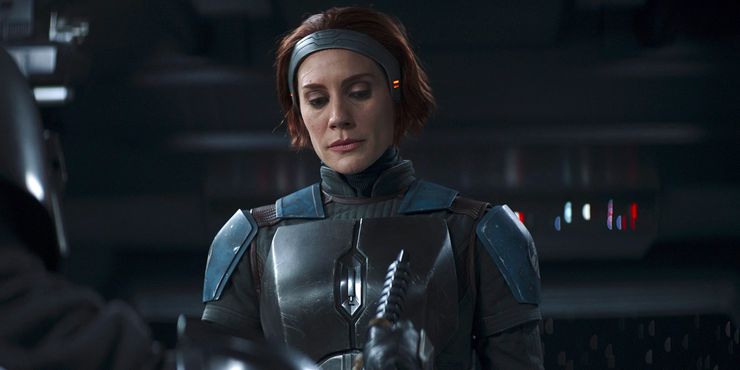 We still haven’t received official release dates for projects like the Rogue One-prequel show Andor, Obi-Wan Kenobi, and season 3 of The Mandalorian. However, rumors indicate that these shows could have a 2022 release date on Disney+.

Along with these shows, The Acolyte and Ahsoka are also in development. The hype is continuously building for Ahsoka since Hayden Christensen reprised his role as Anakin Skywalker/ Darth Vader in the show.

Till now, Lucasfilm’s two live-action projects, The Mandalorian and The Book of Boba Fett, have been about Mandalorian bounty hunters. So the other Star Wars projects will surely be different from what we have seen so far.

But new reports suggest that Lucasfilm’s Jon Favreau and Dave Filoni are not yet ready to get rid of the helmets. Recently, there was a report of Katee Sackhoff’s Bo-Katan Kryze getting her own Star Wars Disney+ spin-off.

Ming-Na Wen, who portrays Fennec Shand in The Book of Boba Fett, confirmed this with a congratulatory tweet, which has since been deleted. 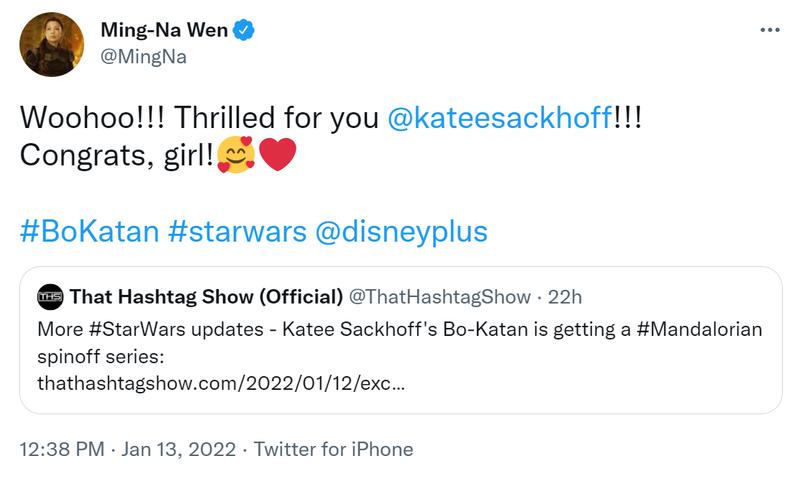 Why Will This Spin-off Will Work? 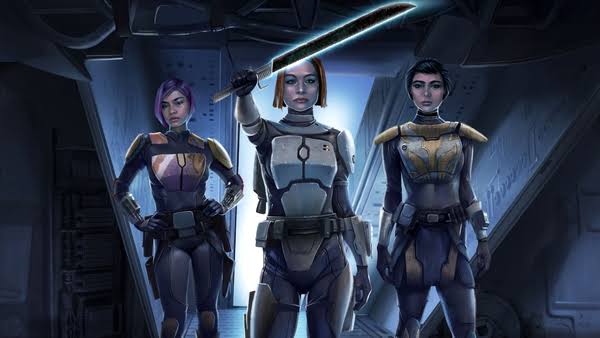 Katee Sackhoff isn’t new to the role of Bo-Katan Kryze. She began her journey in Star Wars: The Clone Wars and Rebels animated shows. There, Sackhoff voiced the character. After that, she made the jump to live-action and portrayed Bo-Katan Kryze in Season 2 of The Mandalorian.

On the other hand, Ming-Na Wen’s Fennec Shand was first seen in the first season of The Mandalorian. After that, she came back in season 2 and appeared several times with Sackhoff’s Bo-Katan.

Keep in mind that we haven’t received any official confirmation regarding the series from Lucasfilm. But if this does prove to be true, then the Bo-Katan spin-off show would be the third Disney+ Star Wars show to feature a Mandalorian.

As per Star Wars lore, Bo-Katan Kryze was quite a leader in multiple Mandalorian groups. Also, she’s the sister of Duchess Satine Kryze. Satine was a pacifist leader who ruled the planet Mandalore during Clone Wars. She was also Obi-Wan Kenobi’s love interest.

After surviving the Empire, Siege of Mandalore, the Great Purge, and more, Bo-Katan was determined to get the Darksaber back in season 2 of The Mandalorian. 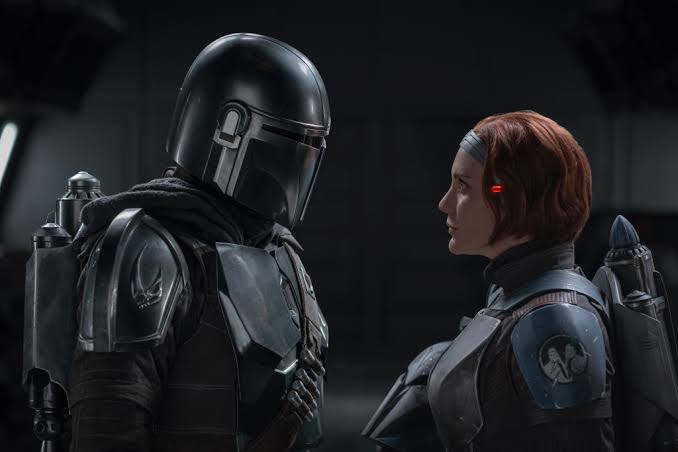 But as we saw in the end, Din Djarin now has the weapon instead. Fans of the galaxy far, far away have seen the planet in animation. So they have yet to see how it will look in live-action.

Bo-Katan’s mission to get the weapon back and restore her planet could easily be explored in her own show. After all, one of the major plot points that fans want to see resolved in season 3 of The Mandalorian is that of Bo-Katan’s.

Along with this, she has interacted with several powerful players. Even though she might be in season 3 of The Mandalorian, it’s also possible that she will cameo in Andor, Obi-Wan Kenobi, Ahsoka, as well as in leftover episodes of the Boba Fett.

But for now, we all have to wait for further confirmation regarding this rumor.