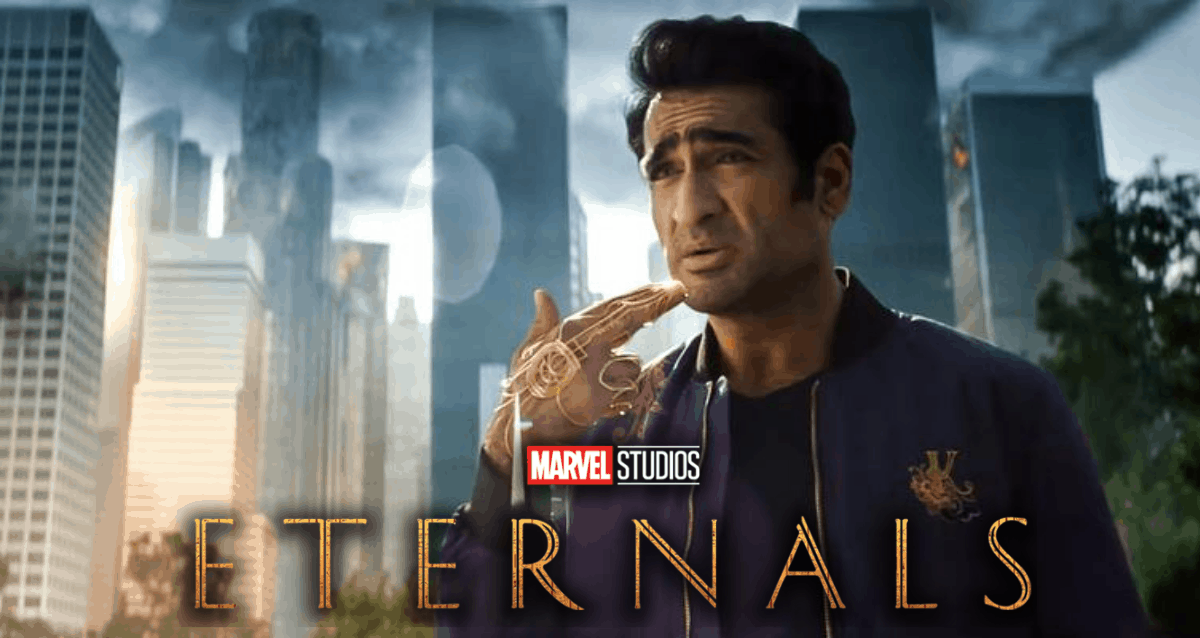 Marvel Studios may be nearing a month-long vacation in the coming days. However, that doesn’t mean the MCU’s creators are taking a rest since three more films are set to be released in 2021. The next one on the schedule is Eternals. The movie is already getting traction as one of the greatest MCU films ever produced. It will hit theatres in November. With little over a month before its release, the film’s crew is stepping up the promotional tour, especially with new TV ads previewing bits of action that fans will witness from this new solo adventure.

Reports have also established when the narrative would take place in the MCU chronology, and Eternals-inspired merchandise has revealed additional information about some of the film’s major events. Advertisements for big-name businesses that connect with previews for MCU films are often featured in Marvel Studios’ promotional tours. Recently, fans were treated to a bizarre Hyundai ad featuring characters from What If…?, in which Party Thor, T’Challa’s Star-Lord, the Watcher, and others battled Ultron robots while driving a Tuscon. Another identical commercial has already surfaced on the Internet, this time focused on the MCU’s upcoming big-screen film.

Lexus And Marvel Team Up for Eternals

To promote the new IS 500 car, Lexus created a two-and-a-half-minute ad using elements from Marvel Studios’ Eternals. A massive fight rages nearby as Kumail Nanjiani’s Kingo drives through the streets of Los Angeles. He has a hard time locating a parking spot. As he struggles to find his way to the battle, he communicates with Sersi through text and Sprite via phone call while avoiding bird droppings and parking garage terrors.

After threatening Richard Madden’s Ikaris with the information of Kingo’s problems, Sprite has a funny exchange with the immortal:

Kingo: “Tell him!….What are you gonna tell him?”

At last, Kingo locates an open-air parking structure. Here, he parks his car before unleashing all of his abilities on a shopping cart that’s headed straight for his vehicle. The world’s most famous comic contacts his crew and informs them that he has a seven-minute walk to get it to the arena in time for the fight. Numerous more Marvel characters appear in the commercial. These include Lauren Ridloff’s Makkari. They are seen zipping through the action like a bullet out of a gun. This is reduced to a crimson haze in the distance. A brief cameo appearance by Ikaris is also made. He is seen flying right behind Makkari and firing his eye beams in front of him as Kingo chases after his two coworkers in the Lexus.

Marvel also threw in a fun reference to the Ant-Man films with a vehicle that looks much like Luis’ van from those films. Before driving away, Kingo takes a quick glance at the charred remains and says to himself, “I’ll keep looking.”

The Eternals And Their Sweet Ride 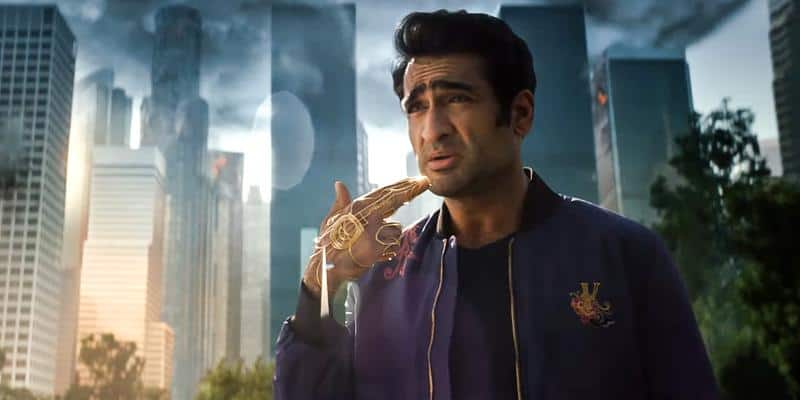 In addition to trailers and promotions for its own films, Marvel has been at the top of the game all year in their work with ads like these. With the Hyundai What If…? advertisement and work on the MCU’s first three Disney+ shows of the year, this new one takes the levity to a whole new level and further works with the MCU. Kumail Nanjiani gets a chance to showcase his comic skills in his first MCU appearance. The Lexus commercial doesn’t offer any new footage from Eternals.

It only displays the complete team-up shot that closed out the first trailer in its entirety. Marvel’s trademark style of humor was masterfully used in this commercial. This was done while driving the Eternals hype train even further ahead by tossing in an Ant-Man Easter egg as well. If this trailer is any indication, we can expect plenty of chuckles in Eternals. Those moments will certainly come courtesy of Kumail Nanjiani.