The Legend Of The Silmarils In The World Of LOTR 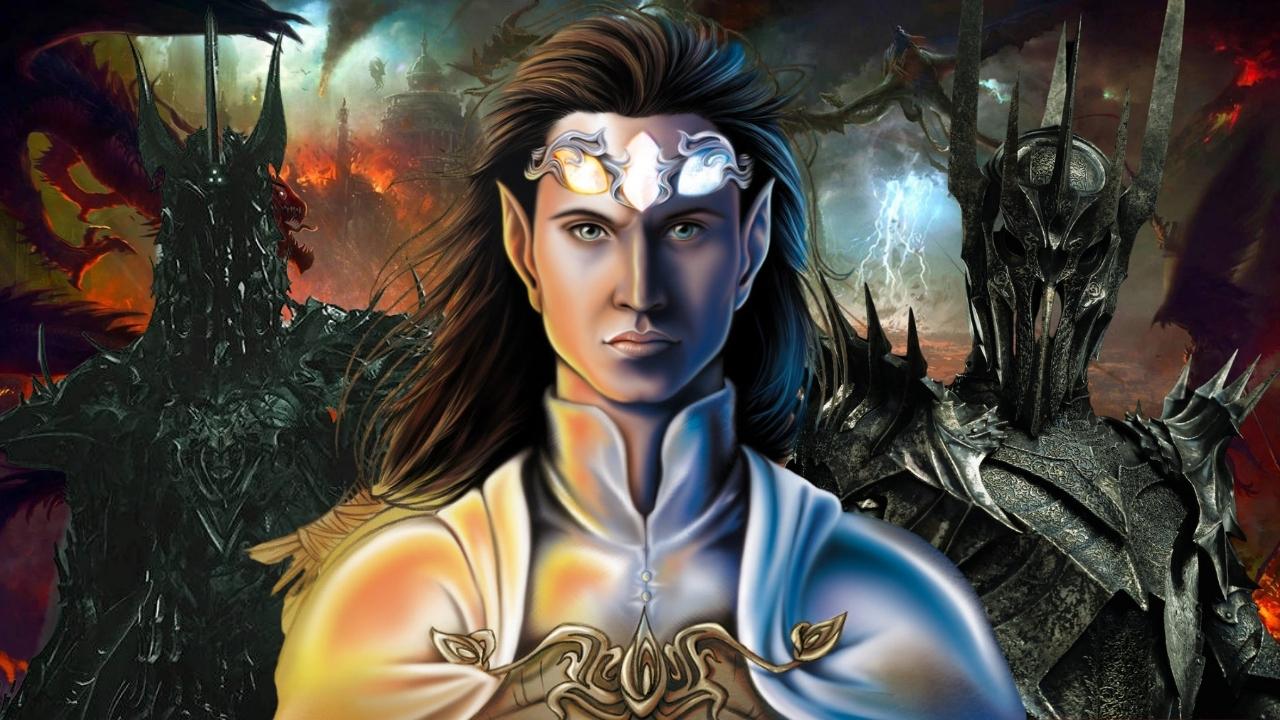 The story of the Silmarils is of prime importance to the history of Middle Earth. Recently, the Rings Of Power Season 1, Episode 2 (titled “Adrift“), had a brief sequence where Elrond is at Celebrimbor’s workshop. He starts looking at all the relics placed there. Elrond then picks up a hammer known as the Feanor’s hammer. He later explains that the same hammer was used by Feanor to create the legendary gems known as – the Silmarils.

So, what is the legend behind these powerful gems? Let’s explore the lore behind them.

The Silmarilion – the book 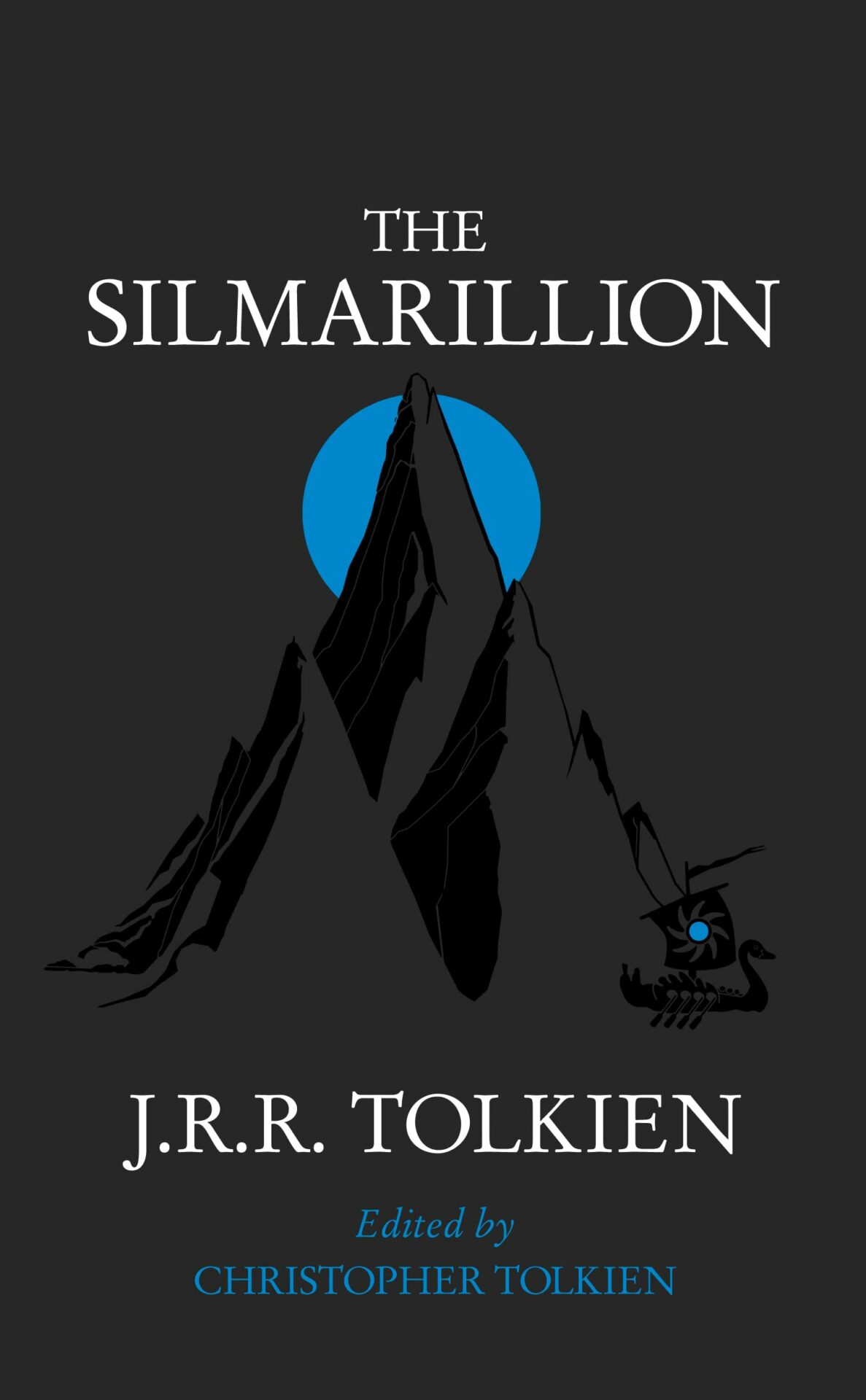 The Silmarillion tells of Eä, a fictional universe that includes the Blessed Realm of Valinor, the once-great region of Beleriand (the sunken island of Númenor), and the continent of Middle-earth, where Tolkien’s most famous works—The Hobbit and The Lord of the Rings—are set. It is basically an anthology of mythopoeic stories from J. R. R. Tolkien, edited and published posthumously by his son Christopher Tolkien in 1977 with assistance from the fantasy author Guy Gavriel Kay. The Silmarillion was supposedly translated from Bilbo’s three-volume Translations from the Elvish, which he wrote while at Rivendell.

The book covers the history of the world, Arda, up to the Third Age, in its five sections. One of these sections, Years of the Trees (Quenta Silmarilion), tells the story of the creation of Valinor’s two trees, the start of First Age, and the stealing of Silmarils by Morgoth (Melkor). The book also covers the events of the Great War between the Elves and Morgoth for the retrieval of Silmarils. The Silmarils were three gems of immense beauty, created by Fëanor in Aman during the Years of the Trees, after the unchaining of Melkor (later known as Morgoth). The gems were crafted of the hard crystalline substance silima, which Fëanor had devised himself. In these gems’ hearts burned some of the Light of Valinor from the Two Trees. The manufacturing process of these Silmarils was known only to Fëanor, and none other succeeded in making gems of comparable greatness and beauty later.

Just like The One Ring, the Silmarils were tainted by arrogance and lust by anyone who desired them, starting with Morgoth, then Fëanor. Their theft by Morgoth is the trigger for the events of the First Age, narrated in the Quenta Silmarillion (“The History of the Silmarils”). 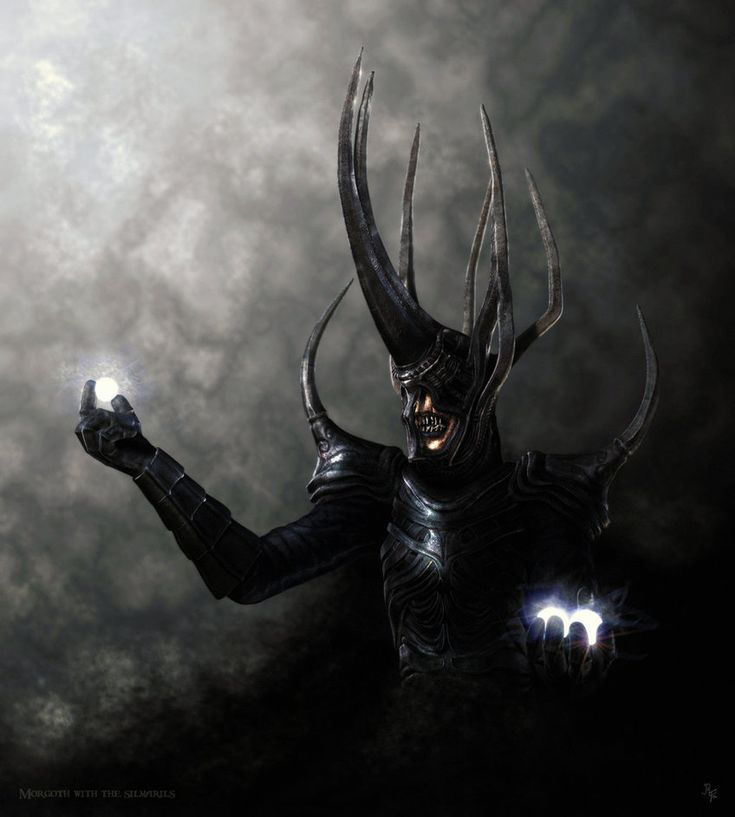 An artist’s rendition of Morgoth stealing the three Silmarils

Together with Ungoliant, Melkor destroyed the Two Elven Trees. The Silmarils now contained all the remaining light of the Two Trees. Therefore, the Valar entreated Fëanor to give up the Silmarils so they could restore the Trees, but he refused. Morgoth or Malkor, the villainous master of Sauron, killed Fëanor’s father Finwë, the King of the Noldor, and stole all the three Silmarils. He set them on his Iron Crown.

Learning this, Fëanor was furious and then he and his sons swore an oath to not rest until all the Silmarils were recovered and they would slay anyone who dared to stand in their way of doing so.  Fëanor led the Noldor back to Middle-earth and a centenary war began against Morgoth in Beleriand, – the War of the Jewels. But their battles led to no end of grief for the Elves and eventually for the Men of Middle-earth.

The Faith of the three Silmarils Maglor throwing his Silmaril into the sea

One of the Silmarils was recovered by Beren (son of Barahir and Emeldir) and Lúthien (daughter of Thingol and Melian). It was later acquired by Eärendil, the husband of their granddaughter Elwing. He set the Silmaril in the sky as a star called The Star of Eärendil. The other two remained with Morgoth, but they too were taken from him after the War of Wrath.

Soon afterward, they were again stolen by Fëanor’s two sons Maedhros and Maglor. But since their intentions were not pure, the jewels burned their hands. In agony, Maedhros threw himself and his Silmaril into a fiery pit, and Maglor cast his Silmaril into the sea. And thus, the Silmarils remained in all three realms of Arda — the sky, beneath the earth, and within the sea.

The Prophecy of Silmarils’ return The Two Trees of Valinor

According to a prophecy of Mandos, following Melkor’s final return and defeat in the Dagor Dagorath (Battle of Battles)-