Netflix’s The Witcher series is known for its cinematography, CGI, and scenic locations. Contrary to what most people think, The Witcher isn’t filmed completely on sound stages or in front of the green screen.

The show is indeed shot in real locations over Europe, and that helps it show off some fantastic views of the continent. Henry Cavill, Anya Chalotra, and Freya Allan headline the series based on Andrzej Sapkowski’s books.

Henry Cavill stars as the main protagonist Geralt of Rivia, and he himself is a long-time fan of the books. The fantasy series is chock full of sorcerers, witches, horseback riders, and brutal action scenes that make it come alive on the screen.

This big-budget series is a beloved and successful streaming show on Netflix. In fact, it has shattered viewing records completely for the streamer. And one of the understated ways it has been able to enchant audiences is through its stunning practical locations.

It has helped ground a series that’s steeped in magical elements. These practical locations have helped convey the dark atmosphere of the show that’s full of adventure and hardship.

Season 1’s filming went smoothly, but while shooting season 2 they faced problems and restrictions caused by the Covid-19 pandemic. As such, the production team couldn’t travel across Europe for filming with the liberty they had during season 1’s filming.

So for season 2, the producers had to be clever and improvise. This meant using more resources and talent for set designs and utilizing the latest VFX technologies available. All of it was done so that it all looks like the real outdoor locations.

In several interviews, Henry Cavill clarified that the first season of the show set new standards for action scenes in a TV show. But he wanted the next season to be more meditative and quieter.

Season 2 gave Cavill what he wanted while still bringing the action it is known for on-screen. The writers, producers, and other creatives still arranged for the show to shoot on location a little even if they were restricted to within the UK.

So here are the main locations used for filming The Witcher season 1 and season 2. 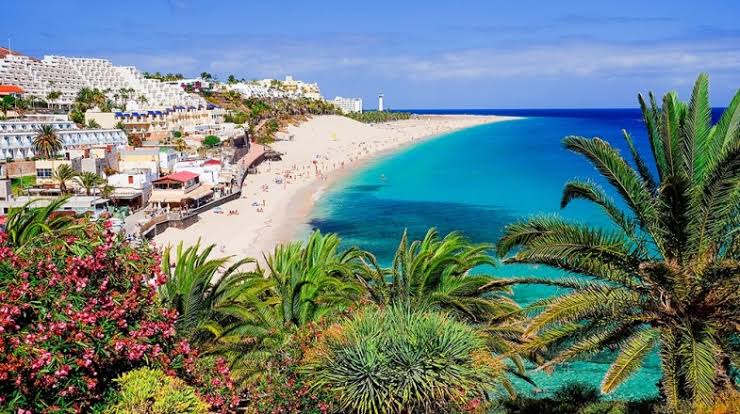 Did you ever see a scene in season 1 of The Witcher that looked breathtakingly beautiful? Then it’s possible that it was shot somewhere on the Canary Islands.

Located off Spain’s southern coast, this archipelago comprises of several diverse terrains that can be used as a substitute for warm-climate locations.

For the show, the deserts of the Canary Islands were used to portray the seas of sand, and its jungles were renamed as the Dryads’ Brokilon Forest in the show.

But this isn’t all. Plenty of its breathtaking beaches were used in the show as well. 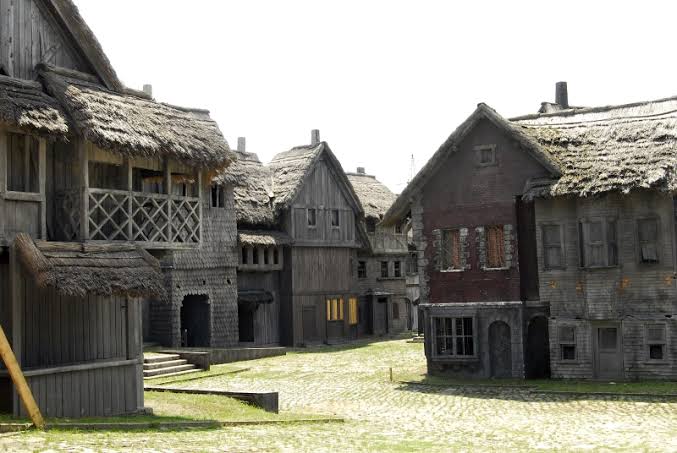 In the first episode of the show, after a fight, Geralt is given the nickname, “The Butcher of Blaviken.” Blaviken is the name of the town where the aforementioned amazingly choreographed butchery occurs.

But in reality, it all took place on Mafan Film Studio’s soundstage. Mafan is situated in Hungary, and the soundstage there was used by The Witcher’s art department to become the village where season 1 began.

The huge studio space was intelligently utilized by various set designers to develop the area right outside Stregobor the Wizard’s house.

Along with filming at the Mafan Film Studio, the show also traveled to Hungary for shooting. There Szentendre Skanzen Village Museum doubled as Yennefer’s village. It’s a beautiful outdoor museum that displays old and traditional Hungarian architecture.

And thankfully, it fits perfectly with the ancient-fantasy vibes and aesthetics of the show. But that wasn’t all that was used. Other landmarks all over Hungary were used to portray both exteriors and interiors.

This includes the Northern Mage’s conclave and Aretuza’s Hall. As for outdoor locations, the Geological Park of Bauxite Mining’s beautiful hills was used in the show during episode 7 of season 1 titled, ‘Before a Fall.’

The mine was used to portray the Nazair dig site, an area that’s still under pressure after getting conquered by Nilfgaard. That dig site is also visited by Yennefer. 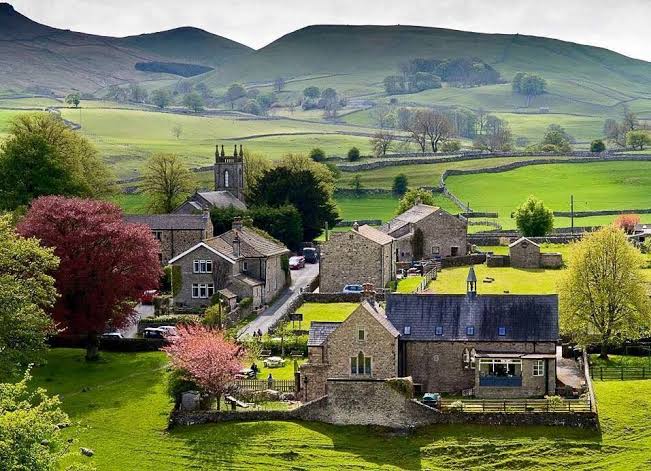 Whenever you see Geralt beside a river lake or some other small water body, know that it was probably shot in Yorkshire county. Waterfalls and limestone cliffs abound there. Also, the Yorkshire National Park was utilized for multiple outdoor scenes.

This includes episode 6, season 2 scene of Roach’s death as well. Along with this, scenes for season 2 were filmed at the Plumpton Rocks, a rocky canal.

Note that the Fountains Abbey, a 900-year-old monastery, was used for multiple scenes in the final week of season 2’s production. 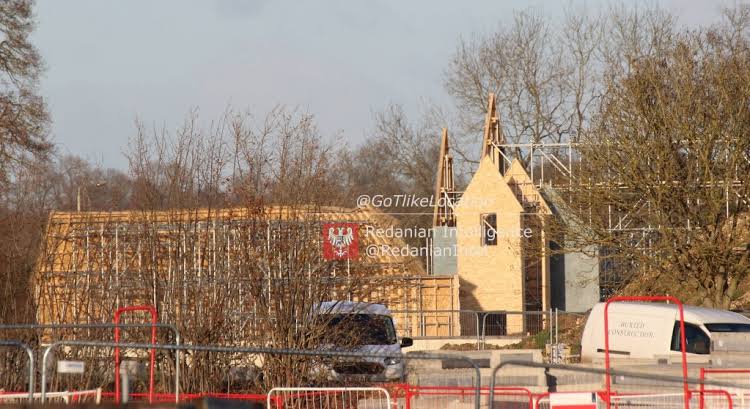 After the pandemic began, TV and film productions globally had to take precautions and change their shooting plans. Obviously, the Witcher wasn’t any exception to that.

Season 2 was shot entirely in the UK and mainly at the Arborfield Film Studios. The stages are located inside the barracks that were used by the British army over a century ago.

The production team then built the interiors that we all got to see throughout season 2. The backlot of Arborfield was used to portray several villages like Kaer Morhen, Geralt’s old house, and also the obstacle course we saw in episode 3 of season 2 titled, ‘What is Lost.’ 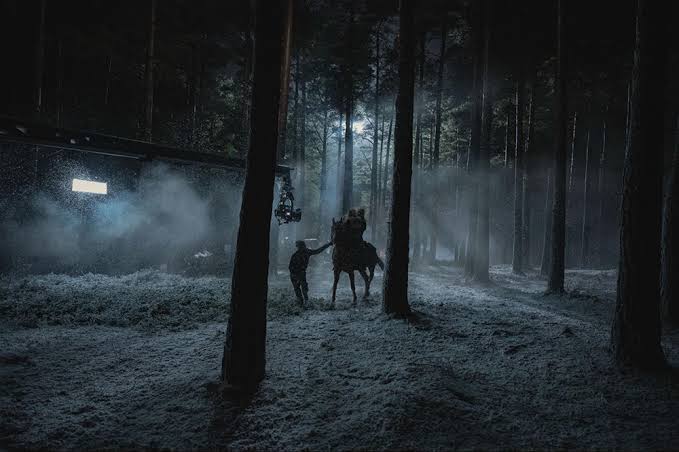 Do note that not all of the scenes were filmed on stage. Season 2 was still shot on location when needed. For example, Chichester’s Coldharbour Wood first was changed into a village full of elves.

Apart from this, the show also shot close to Bourne Wood, which has been frequently used in high-profile fantasy movies like Gladiator, Jurassic World: Fallen Kingdom, and Harry Potter and the Half-Blood Prince.

Remember the Battle of Sodden in the finale of the first season of The Witcher? That war sequence was shot near the castle ruins in the Polish city of Ogrodziniec.

That scene required a tangible and lived-in location that was able to match the up-close brutal combat that was going to be shot. And the production team really did find the perfect place for it.

Season 2 of The Witcher is streaming now on Netflix.