Netflix has finally released the second trailer for The Witcher season 2, and the story reveals they are huge. Not to mention that new monsters will be coming as well!

Season 1 was a massive hit, and now audiences will get to follow the adventures of Geralt, Yennefer, and Ciri in the second season of the show. The first season followed a non-linear narrative and ended on a cliffhanger with Yennefer disappearing during the Sodden Hill battle.

Also, Ciri and Geralt found each other since the Law of Surprise bound them. So season 2 will pick up right from where we left off. And this time, the show will follow a linear narrative.

The new trailer brings new revelations regarding the three main characters along with a bunch of story teases. So here we will completely unpack the trailer of season 2 of The Witcher.

The trailer opens with Nivellen (Kristofer Hivju) telling Geralt “something has changed” and “the world’s acting strange.” After Sodden Hill’s battle, Cintra’s demise, Jaskier’s departure, Queen Calanthe’s death, and his meeting with Ciri, the world for sure isn’t the same for Geralt. Also, this eerie line foreshadows the dangers and monsters that are yet to come.

A character closely linked to Nivellen is Vereena (Agnes Bjorn). She is a bruxa, and a powerful one at that, who falls for Nivellen. But it’s not a happily-ever-after story.

Vereena is using Nivellen for her benefit. So when Geralt gets to know about this, he confronts her, and in the trailer, we can even see her powerful scream as she defends herself against Geralt. But know that this isn’t the only defence mechanism she has. Geralt better be ready.

Rock with the medallions

We get a brief look at a rock with several medallions and necklaces hanging from it in the trailer. These look quite similar to the medallions worn by the Witchers.

These medallions tend to react to magical auras. Thus, alerting the wearer to the presence of spells, illusions, magical creatures, etc. What could it be reacting to here?

Nivellen isn’t an ordinary man. He was the leader of a gang that robbed cutthroats and highwaymen. During a robbery in the Gelibol temple, the gang coerced Nivellen into raping the young priestess there.

As fate would have it, she wasn’t any ordinary priestess. She was Coram Agh Tera’s priestess. It was the Cult of the Lionhead Spider.

Slowly, his body began to change while his personality and body remained the same. Even though the priestess told him how to get rid of the curse, he didn’t understand it. So he remained a beast for centuries.

But maybe Geralt can help him break the curse.

Situated in the northwest bay of Gors Velen in Temeria, Thanedd Island has three central areas- Loxia, Aretuza, and Garstand. First built by elves, it can be accessed via underground sea passages.

In a scene, Fringilla and Yennefer are taken, prisoners. So they could be headed to Thanedd Island.

After that quick shot at Aretuza, we see a distressed Yennefer and her master Tissaia de Vries standing behind her. Maybe she is the one who rescues Yennefer from her captors? Or maybe Tissaia got captured too? We will have to wait and see.

Geralt will fight a bruxa

In The Witcher universe, the brutal are like vampires. They have sharp fangs and look like huge black bats in their natural form. Vereen is a bruxa, and we know that Geralt is going to be fighting her.

Bruxae is agile in their natural bodies, and that’s why Vereena could dodge multiple attacks from Geralt. They can be killed only with a silver sword, and Geralt is holding one in the trailer.

Ciri Will Start Her Training At Kaer Morhen

One of the major plot points of season 2 is Ciri’s training (but not to become a witcher). She will be trained in combat by Geralt’s mentor Vesemir, other witchers, and of course Geralt himself. This will allow her to take care of herself when the need arises.

Among the witchers training Ciri are- Lambert (Paul Bullion), Coën (Yasen Atour), and Eskel (Basil Eidenbenz). Geralt has known them since he was a kid. All of them will train her in various ways, but the trailers show that she will have a special bond with Lambert.

A brief shot shows Ciri, Lambert, and Coën at the top of a snowy mountain, getting ready to fight. But Eskel isn’t with them. Previously, there were rumours about him dying in season 2. So maybe those were right.

Rience (Chris Fulton) is a mage. In the books, he is ordered to find Ciri after Cintra’s demise. He was the one who captured and tortured Jaskier when he heard his ballad about the Lion Cub of Cintra being taken care of by a witcher.

We can see Rience confronting Geralt in the trailer, and it looks like they are fighting in Kaer Morhen. 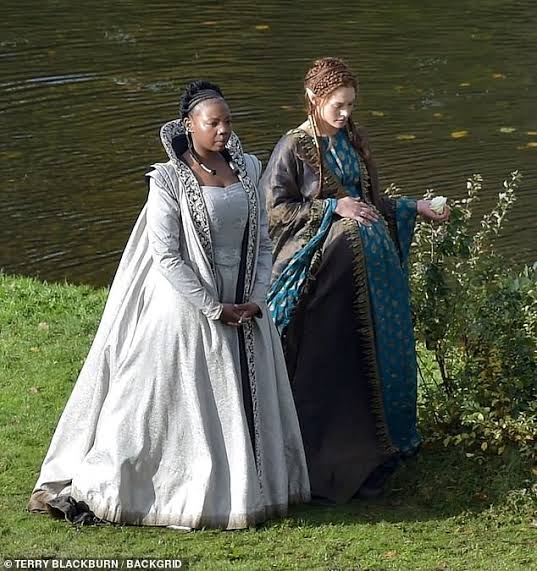 Francesca Findabair/Enid a Gleanna (Melica Simson) is regarded as the most beautiful elven sorceress and queen of the Dol Blathanna elves. She is also the founding member of the Lodge of Sorceresses. This is a secret organization of female mages. It looks like season 2 will have a heavy elf presence.

In the latter half of the trailer, the witchers of Kaer Morhen can be seen getting ready to fight a threat. Vesemir, Coën, Lambert, and a couple of other young witchers are shown in one scene. Eskel’s absence is jarring here as well.

There is a quick shot of Yennefer and Ciri on horses riding together. They look like they are on their way to help Geralt. In the books, they share a mother-daughter-like bond, and Yennefer is the one who teaches Ciri about chaos, magic, and how to control it all.

Cahir (Eamon Farren) is the Nilfgaardian knight who led the search for Ciri. He did almost catch her in season 1 but found that a doppelganger had taken her place. He was last seen watching the Nilfgaardian army burn due to Yennefer.

Stregobor (Lars Mikkelsen) is Istredd’s mentor since he is a master illusionist and wizard. He can be seen conjuring a woman made of fire in the trailer.

Stregobor was the one who lured Geralt to Balviken so that he would kill Renfri. In season 1, he was a major antagonist, and it seems like he will continue that role here as well.

Nenneke (Adjoa Andoh) is a priestess of Melitele and the leader of the Temple of Melitele in Ellander. In the book, Nenneke met a young Geralt when he came to the temple to recover after almost getting killed by a Striga.

Years later, he took Ciri to the temple so that Nenneke could train her. She warns Geralt that his mentee is powerful. If that stays the same in the show, then Geralt will need help to train Ciri.

Leshen have a big presence in the Witcher video games. They are forest monsters who love killing. After killing someone, they demolish the carcass and don’t leave much for the carrions.

As such, they are dangerous and scary. It will be interesting to see how Geralt deals with them.

The last time we saw Jaskier, Geralt blamed him for everything bad that happened to him. So the bard left him. In the season 2 trailer, he got imprisoned again and even made friends with the rats. From the looks of it, Geralt has again come to his rescue.