If Sony Is Saving Norman Osborn For The MCU Spider-Man Films Rather Than Featuring Him In Their Own SSU, I Believe The Storyline Can Take One Of These Three Directions:

There has been a lot of speculation regarding whether we will ever see Oscorp in the MCU. With the return of the legendary William Dafoe as the menacing Green Goblin from the Raimi films, fans have been demanding more of the Wall-crawler’s arch-enemy. The Green Goblin is to Spider-Man what the Joker is to Batman. For future Tom Holland Spider-Man films, the MCU requires its own Norman Osborn.

Listen to me out. I’m aware that the licensing rights to Norman Osborn’s and Green Goblin’s characters are actually held by Sony. However, if Sony is saving the character for the MCU Spider-Man films rather than featuring him in their own SSU, I believe the storyline can take one of these three directions: 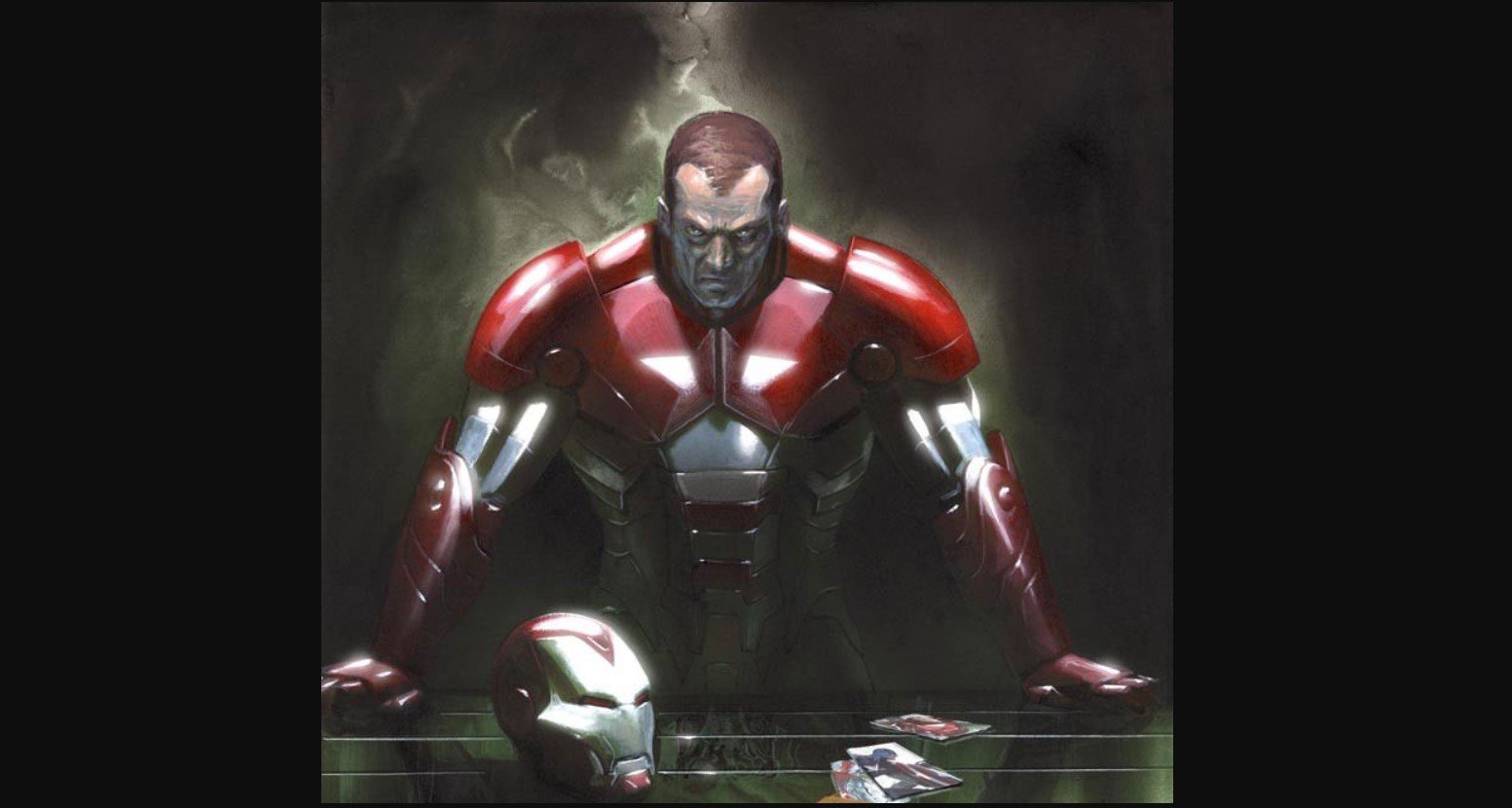 Norman Osborn As The Iron Patriot

Under Justin Hammer at Hammer Industries, Norman Osborn might have been an executive who takes over when Hammer is convicted. I make this claim based on the fact that Osborn renamed S.H.I.E.L.D. as H.A.M.M.E.R. when he gained control of the organization in the comics’ Dark Reign/Dark Avengers arc, despite the fact that the acronym’s meaning was never clarified.

We might anticipate him taking over Hammer Industries and working alongside President Ross if the MCU is adapting the Dark Reign saga in any way, as we can see from the upcoming Thunderbolts and President Red Hulk. He would then rename the company Oscorp, much like Darren Cross did when he took over Pym Tech and changed its name to Cross Tech.

Peter encounters the MCU 616 universe’s Norman Osborn and is understandably skeptical. However, Norman Osborn does not turn into the Green Goblin as he had hoped. Instead, as a result of the Armor Wars, Norman obtains Rhodes’ Iron Patriot Armor from the final battle of Avengers Endgame.

His Iron-Man Armor and prior heroic achievements make him appear to the public as the second coming of Tony Stark rather than the insane Green Goblin Peter encountered in No Way Home. This causes Peter to question whether he can trust Norman to be the decent person he appears to be.

A villain seems to be after Spider-Man and/or Osborn throughout all the occurrences. Additionally, Osborn is not donning the Armor when the villain approaches him. However, Spider-Man believes in Norman Osborn and saves him. After the fight, Norman Osborn discovers that he is overly reliant on his armor and lacks the same level of inner power as Spider-Man. As a result, Osborn sets out to make his own equivalent of the Super Soldier serum, which, in a post-credits scene, becomes the Green Goblin serum.

As a result of the craziness resulting from the Dark Reign/Dark Avengers plotline of the next films, Norman would gradually switch from the red and blue Iron Patriot Armor to the menacing Green Goblin suit. 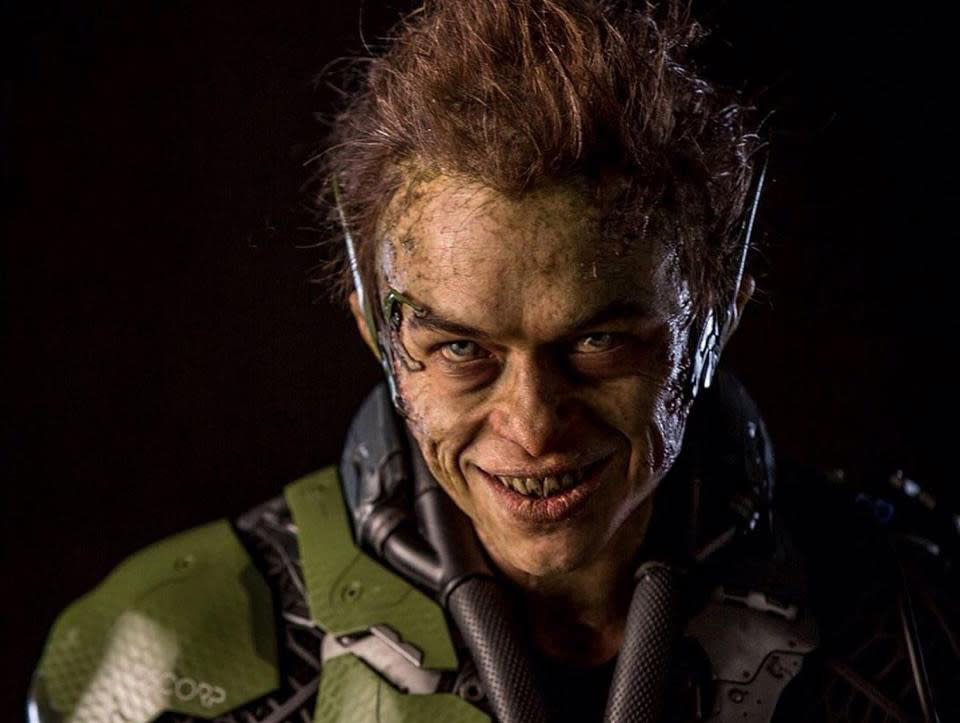 In the upcoming trilogy, Peter attends college and makes new friends, one of whom is “Harold,” as mentioned, while the teacher takes attendance or something. We don’t know the character’s last name for quite a while, comparable to Michelle Jones/MJ in “Homecoming.” The film might have a prominent antagonist such as Mac Gargan’s Scorpion or Venom. However, near the end, we witness some dialogue, such as “Let us begin on a new note.” My name is Harold Osborn. But you can address me as Harry.” At this point, we see Peter stunned at the name Osborn, and then Norman arrives to pick up his son, surprising Peter even more.

The following film shows Peter becoming increasingly suspicious of Norman and attempting to look into him by following him around a lot. As goblin appearances increase, Peter feels Norman is to blame. His alleged odd behavior toward Norman strains his bond with Harry. But in the end, when Peter was able to capture the Goblin, Harry was the person hiding behind the mask. It is revealed that, because of his father’s lofty aspirations, the boy stole an advanced serum from his lab in an attempt to boost his power and intelligence but instead developed goblin madness. Norman accuses himself of being at fault for everything and sends Harry abroad for therapy, but he also accuses Peter of failing to acknowledge how his friend was in distress.

3) Peter And Norman Being Friends Path : The Osborn Cooperation may transform into the Vought International (The Boys) of the Marvel Cinematic Universe if Norman finds the ideal cure for a new and enhanced version of the super soldier serum with the intention of marketing it to the people of Earth 616 and selling it to the military. The Osborn Cooperation decides to hire Peter Parker because of his incredible reputation as a technological and scientific genius. Peter makes the Osborn Cooperation successful on his own, which attracts Mr. Osborn’s notice. As a result of their growing friendship, Parker is promoted to be Norman’s assistant.

Peter Parker takes issue with Norman Osborn’s decision to promote this as a public brand, and their ethics come into conflict until Norman becomes frustrated and experiments on himself, resulting in the birth of the Green Goblin, which makes him dangerous not only as a villain but also as the holder and distributor of a global corporate name. 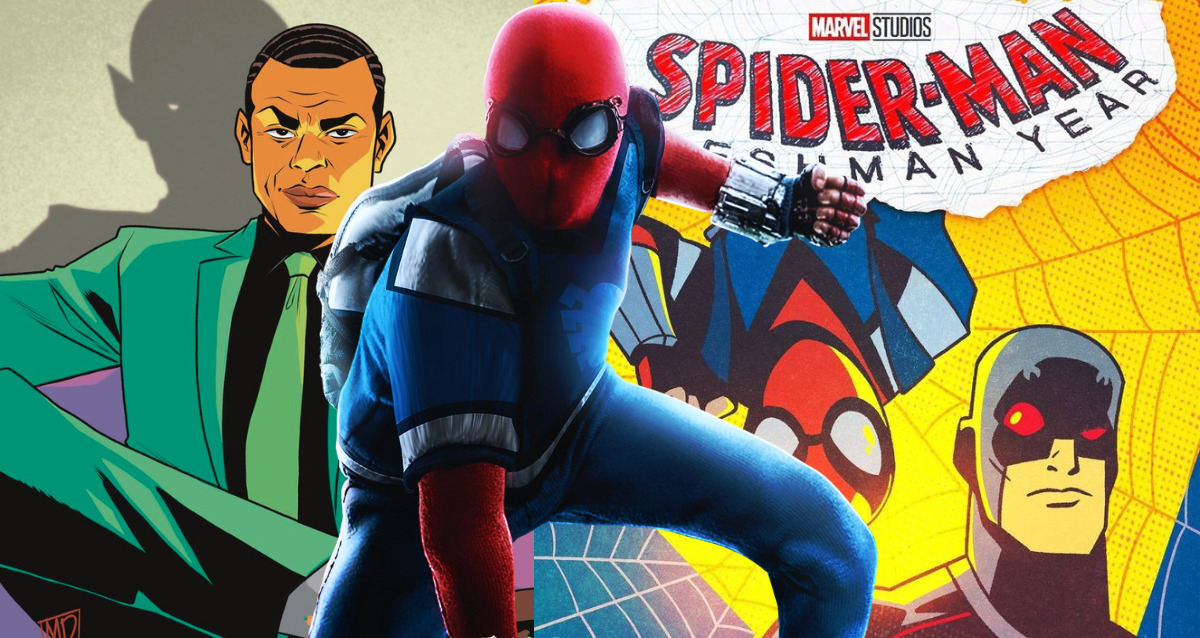 It’s possible that Spider-Man: Freshman Year doesn’t take place in the main MCU reality, but it’s more likely set in a realm nearby in the MCU multiverse, making it a part of the MCU franchise and enabling it to have fascinating connections to the main continuity. For example, Norman Osborn will play a role equivalent to that of Tony Stark, mentoring Peter Parker before probably assuming the identity of his Spider-themed alter ego. Given the pivotal roles he played in Spider-Man: No Way Home and is expected to play in Spider-Man: Freshman Year, Norman Osborn’s eventual entrance into the main MCU universe appears unavoidable.