Tony Stark In Venom-Verse? Sony Might Have Confirmed This To Be True 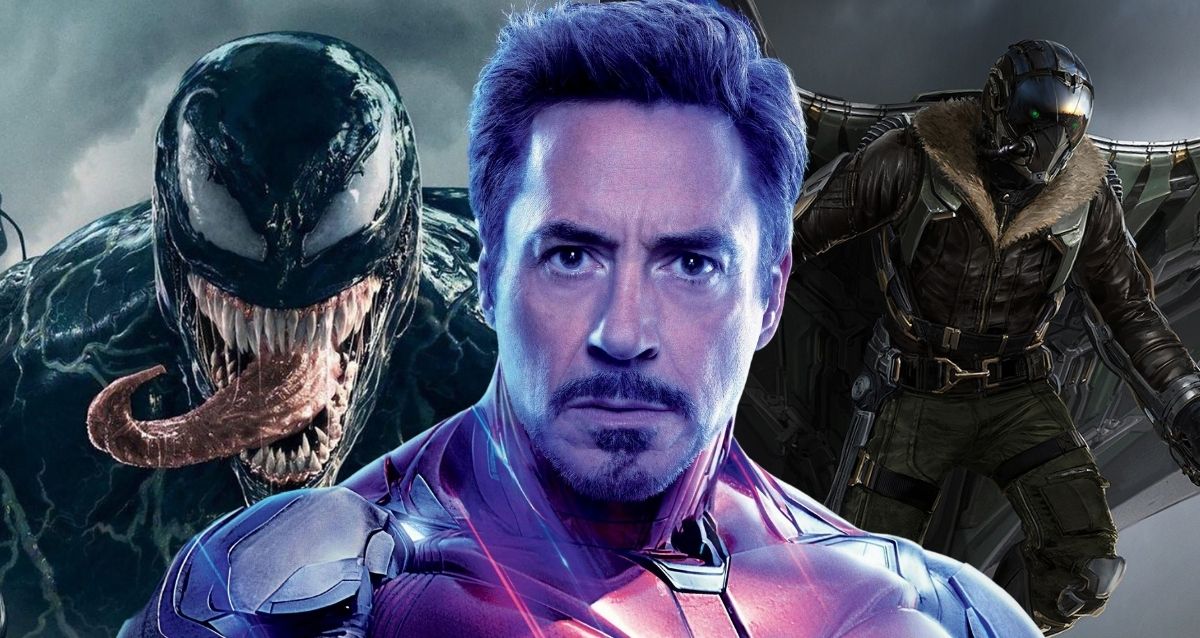 Did Sony just confirm Tony Stark’s existence in the Venom-verse? Fans of comic book movies have had a good time and a bad time in the last few months. Tom Holland’s first trilogy of Spider-Man films was a gift, as was NWH, which brought all three of cinema’s live-action Spideys together. Marvel fans were treated to Morbius as a follow-up to the Multiversal web-slinging epic from Marvel and Sony. This, as well as a sneak peek at what Sony has in store for the adjacent Venom-Verse.

On April Fools’ Day, Morbius, starring Jared Leto as a good-hearted doctor turned vampire, debuted in theaters. Because of the negative reception it received, Morbius did not live up to Sony’s high hopes for the future of its expanding universe.

Critics and fans alike had a number of complaints about Morbius, but the two post-credits scenes and their sloppy, if not offensive, attempt to connect to the MCU were the most controversial.

Morbius’ post-credits sequences may be frustrating for some fans, but there is one detail that may help alleviate some of their frustrations. Is there even a glimmer of hope here?

Things Didn’t Go According to Plan 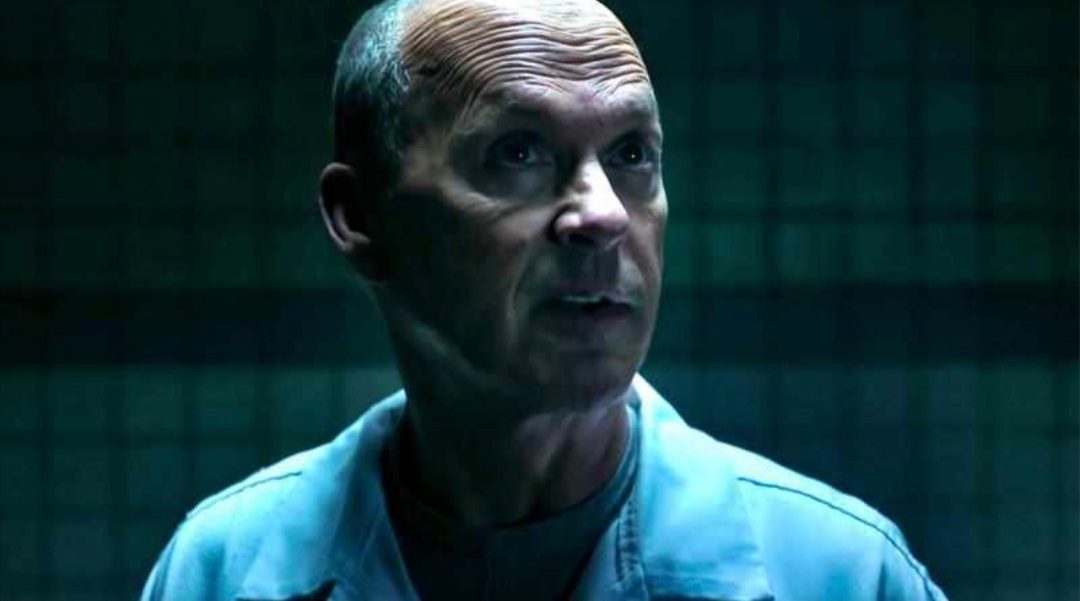 Let’s take a look back at Morbius’ post-credit story beats before moving on to the exciting new developments.

Spider-Man: Homecoming’s Adrian Toomes played by Michael Keaton, unexpectedly finds himself in prison far from home in the first scene of the film. It appears that the Multiversal purple rift in the sky from No Way Home’s third act is to blame for this bizarre occurrence. It’s not clear how this jibes with the recent MCU film’s parameters.

In the second scene, Morbius meets with Toomes and tells the doctor that he believes Spider-Man is to be held responsible for everything. What’s most puzzling about this exchange is why he’s now dressed as a mechanical Vulture.

In the Marvel Cinematic Universe, Toomes’ suit, constructed from reclaimed metal and Chitauri technology, was not with him when he traveled between universes. Michael Morbius, on the other hand, appears to be dressed in an almost identical suit. Another Sony oversight and plot hole, it would appear, but there may be a different explanation. 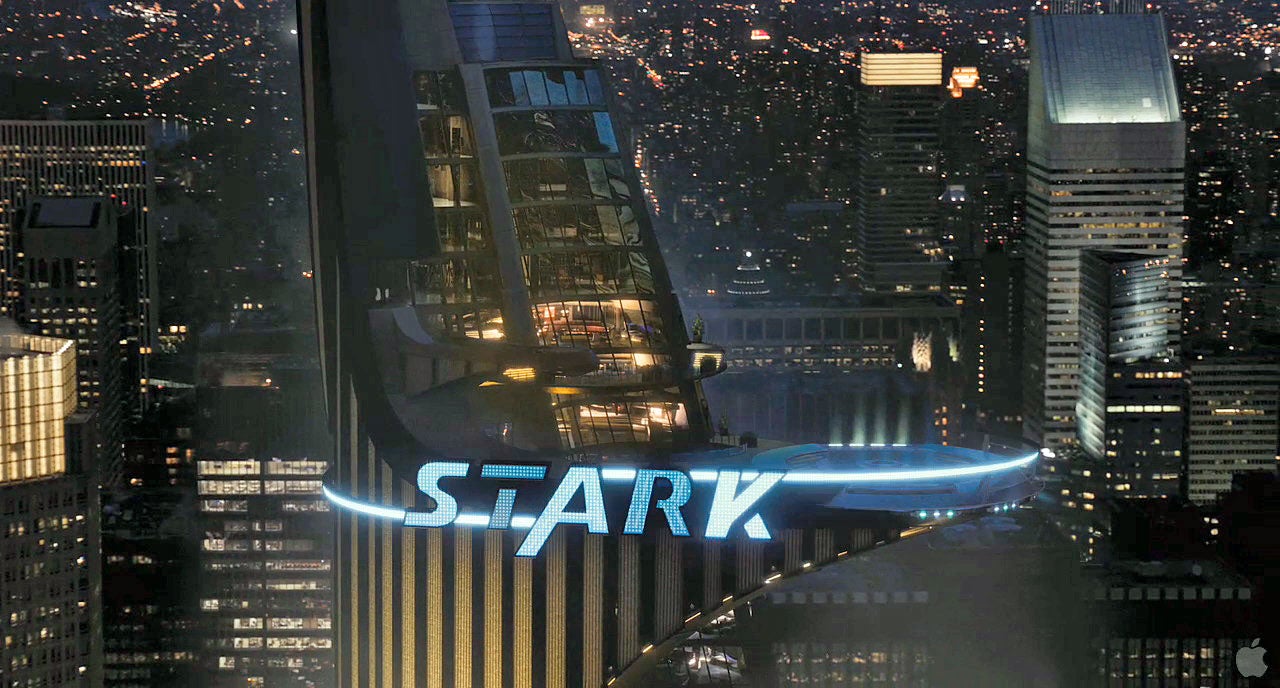 This Morbius scene shows Toomes as the Vulture, but there are some differences, such as the addition of more thrusters, from Spider-Man: Homecoming. Morbius’ director Daniel Espinosa first mentioned this when he was asked about how Vulture procured his signature suit, reiterating that “it is not quite the same suit as Homecoming” and that Toomes is “a resourceful guy.”

“If you look closely, you will see it is not quite the same suit as Homecoming. He is a resourceful guy.”

What if a different version of Tony Stark and Stark Industries exists in the Venom-verse? Vulture’s hatred of Stark would make it the perfect revenge, and there’s already a precedent for it. 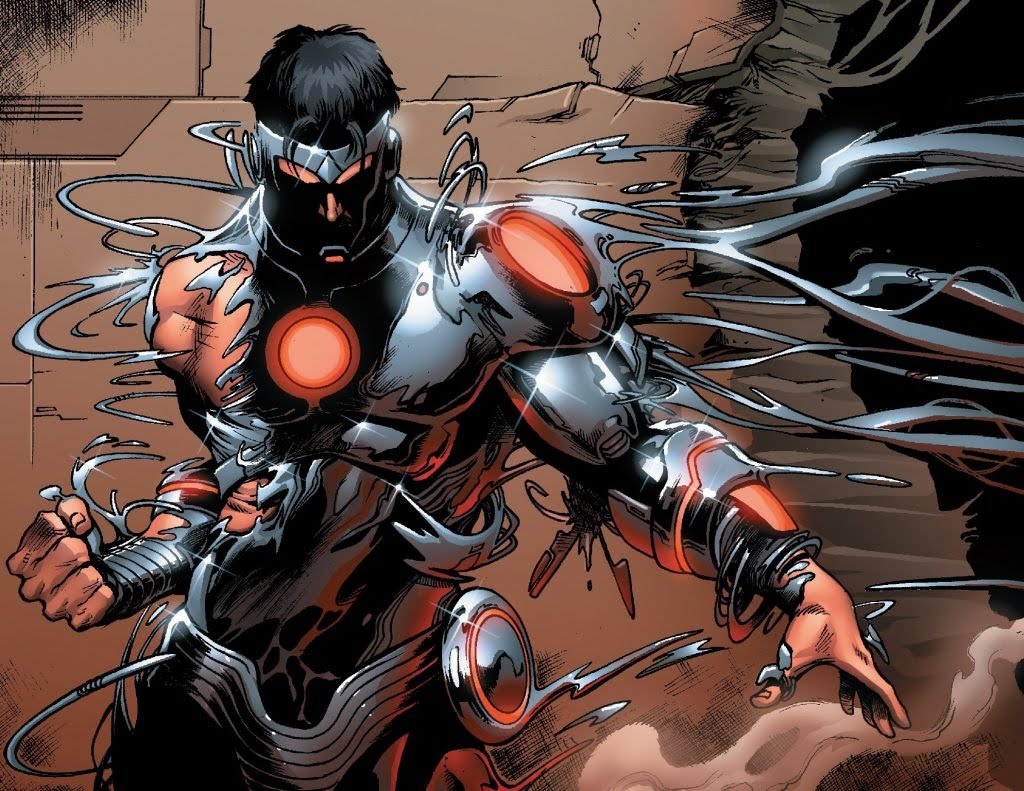 In No Way Home, both Garfield and Maguire’s Peter Parkers affirmed that the Avengers don’t reside in their timelines, which Sony has yet to reveal. As a result, even if a Tony Stark exists in the Venom-verse, it’s unlikely that he ever threw together a suit from scraps in a cave or had that conversation with Nick Fury. Given his inflated sense of self-importance, he could be a villain or even the best Iron Man there is!

As a result of Marvel’s AXIS event, where heroes turned evil and villains turned good, Superior Iron Man was created in the comics. Of course, audiences have only recently witnessed the transformation of villains into heroes.

In addition, the armor of Superior Iron Man was constructed using Symbiote-derived materials, just like Venom’s. In Sony’s universe, the pieces are clearly in place for a Superior Iron Man. 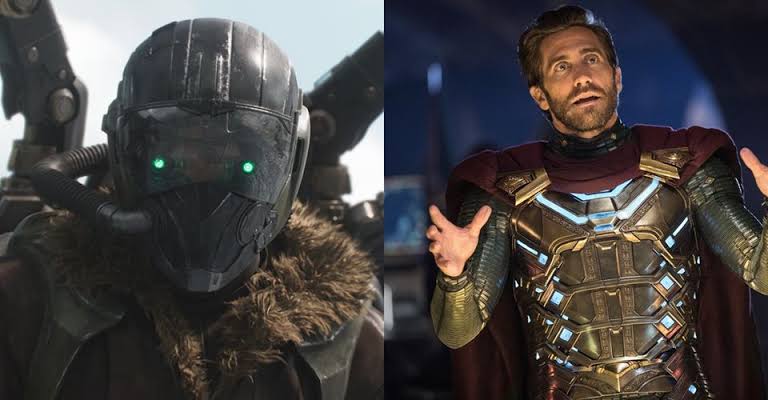 The Vulture, played by Michael Keaton, isn’t the only Spider-Man foe with a villainous origin story rooted in Tony Stark’s deeds. After Tony claimed his illusion technology and renamed it B.A.R.F., Jake Gyllenhaal’s Quentin Beck (aka Mysterio) transformed into a vengeful villain. In the Venom/Morbius Universe, why wouldn’t there be a Stark Industries variant of Beck?

If this is the case, it could explain why No Way Home scrapped the original plans for Mysterio’s return. When Spider-Man: Far From Home introduced Mysterio as a Multiversal hero, it only made sense that he would eventually become a Multiversal character himself.

Other MCU characters, such as Happy Hogan, War Machine, and even Iron Man’s villains Obadiah Stane and Justin Hammer from Stark Industries, could have Stark-related Variants. 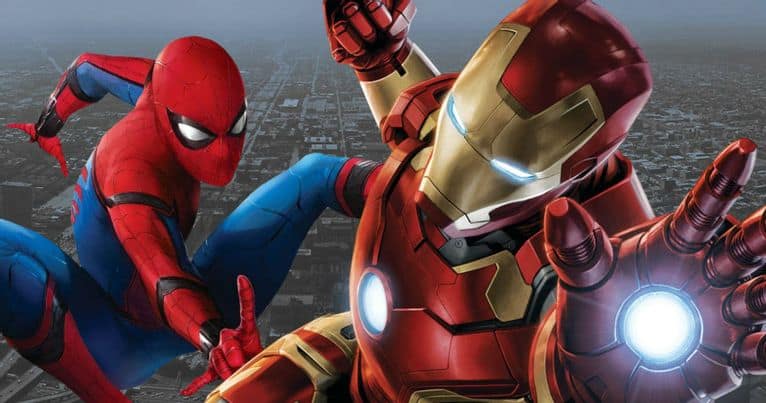 Tom Holland’s Spider-Man story was heavily influenced by Robert Downey Jr’s Iron Man in the MCU. Even though we don’t know for sure if Iron Man lives in an alternate Spider-Man timeline, it would be interesting to see the two superheroes team up once more.

Additionally, it’s worth noting that neither Peter Parker played by Maguire nor Garfield in No Way Home was exposed to any Stark technology. The sacrificial Endgame snap that Tony performed for Peter in Holland’s Peter does not appear to be known to the actor portraying Peter in the film.

Therefore, it is possible for either of those Spider-Men to interact with a different Tony Stark or even for their roles to be reversed. We don’t know. What if Tobey’s Spidey doesn’t mentor a budding web-slinger, but rather a budding inventor?

What About Oscorp if Stark Industries Isn’t Enough? 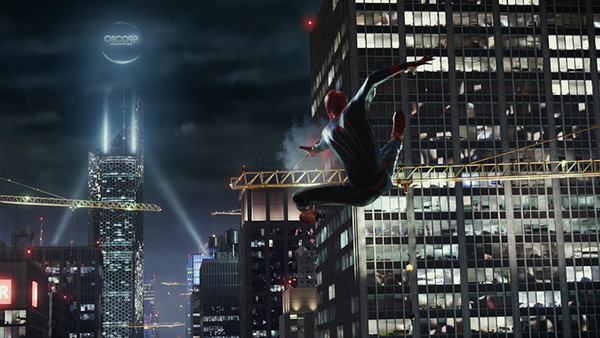 If this is the case, Sony won’t require Stark Industries’ technology or villain-creation catalysts in the future. In addition, the presence of Oscorp distinguishes Sony’s universe from the MCU, especially after Dafoe’s Norman Osborn confirmed that Oscorp does not exist in the MCU.

What would happen if Vulture used Oscorp technology to build his new suit? Oscorp and Stark Industries both have New York City skyscrapers, and both are involved in the weapons and technology industries, from Vulture’s perspective. If this is the case, it will be interesting to see how Norman Osborn, who has been cured, might get involved.

Is Sony still in business? 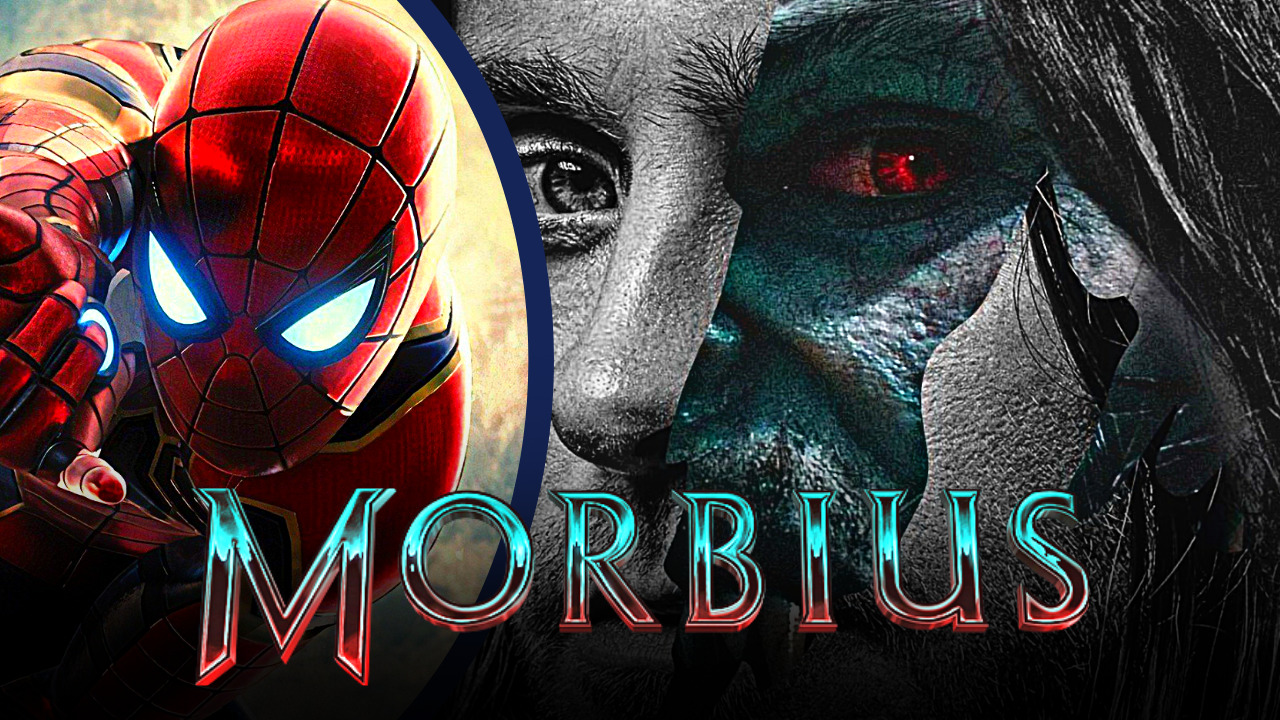 Spider-Man In Morbius_ Could Sony Make This A Reality_

Morbius’ post-credits sequences were handled haphazardly, and the fan reaction to this is comprehensible and deserved. Future Sony storytellers have a lot to work with, thanks to the Multiverse and Vulture’s new suit.

Of course, the question is whether or not they will. As a result of Morbius’ poor reception, Sony’s Marvel universe is in jeopardy. After Morbius comes Kraven the Hunter starring Aaron Taylor-Johnson, it’s clear that this film will have a tough road ahead of it. If Sony’s Multiversal universe fails to draw in audiences and receive positive reviews, the early days may have been its last.