Ukraine Regains Control From Russia Over Chernobyl By Hoisting Flag 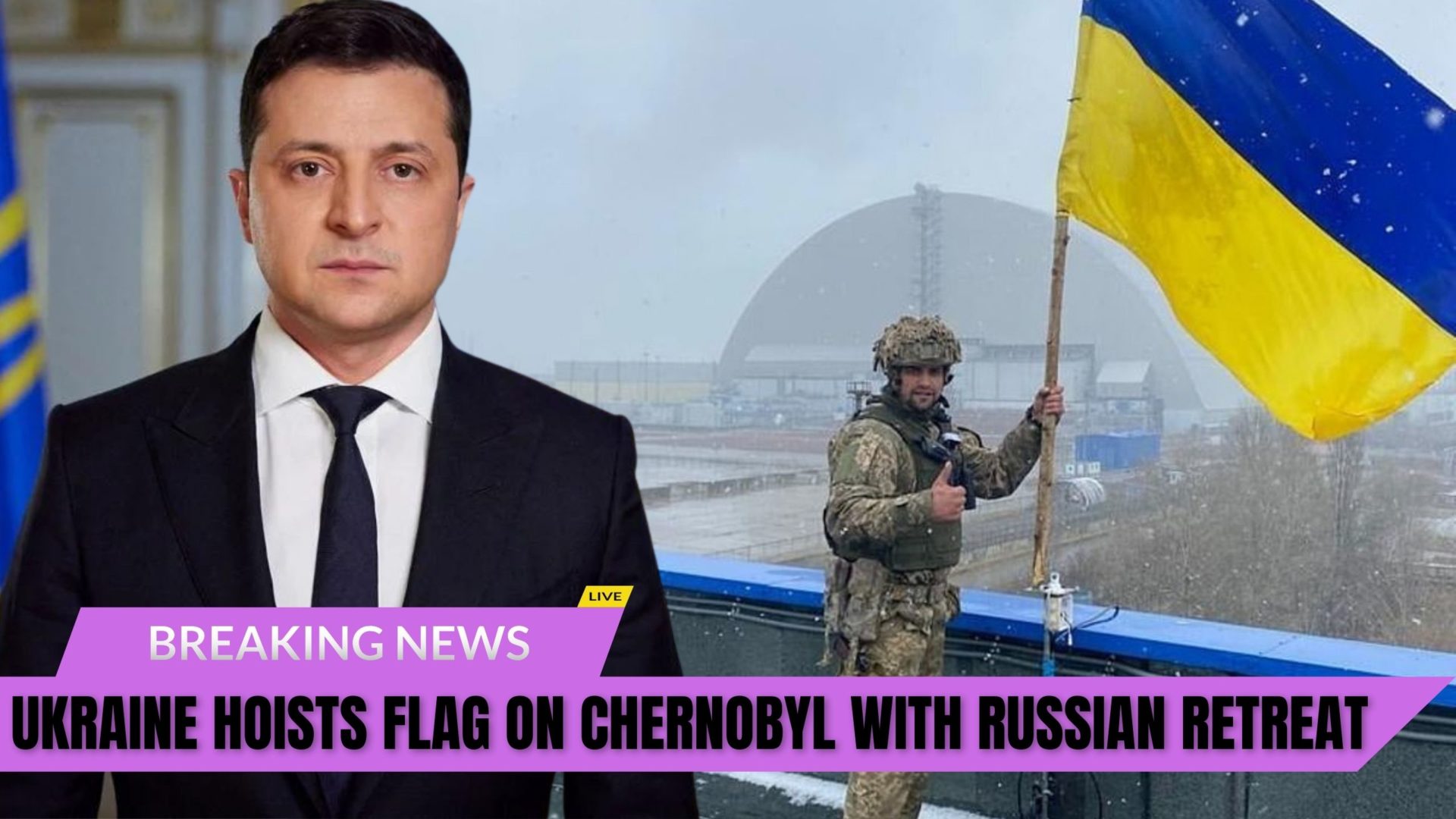 The Ukrainian flag has been raised above Chernobyl following the withdrawal of Russian forces, the state organization in charge of nuclear power stations announced on Saturday. “Today, April 2, at 11:00, the Ukrainian flag was raised over the Chernobyl NPP and the hymn was performed,” Energoatom, a nuclear power corporation in Ukraine, declared in a post on Telegram.

“The entire crew of the Chernobyl nuclear power plant, which has worked valiantly in the terrible conditions of the occupation since February 24 and provided nuclear and radiation safety at the station and neighbouring facilities, was present at the ceremony,”

An American official said on March 30 that some Russian troops had departed the Chernobyl nuclear plant site; CNN reported; this declaration came after the official’s allegation Nearby Chernobyl, the site of the world’s greatest nuclear tragedy, located around 60 miles northwest of Kyiv. On February 24, Russian military seized control of the Chernobyl nuclear complex. On the first day of Russia’s invasion of Ukraine, on February 24, soldiers seized the plant that still houses radioactive waste, according to media accounts. According to Newsweek, Russia announced the day before that it would scale back its activities in two Ukrainian cities. The Kyiv Independent cited an unnamed US source as saying that Russia is relocating troops from Chernobyl and stepping away from the Chernobyl complex and moving into Belarus.

Chernobyl is a place where they are repositioning some of their troops—leaving, walking away from the Chernobyl plant, and moving towards Belarus,” the official stated. IAEA director general Rafael Mariano Grossi declared on Friday that he will oversee an assistance and support operation at the Chernobyl nuclear power plant within the next few days to ensure the facility’s safety. According to the Wall Street Journal, Grossi arrived in Vienna on Friday after a three-day visit to Ukraine and Russia. There has also been a visit by the head of the International Atomic Energy Agency (IAEA), who has been inspecting Ukraine’s nuclear facilities.

“When the opportunity arises, I will lead a @IAEAorg mission to provide aid and support at the #Chornobyl Nuclear Power Plant in Ukraine. Nuclear safety and security missions to #Ukraine will begin with this one” 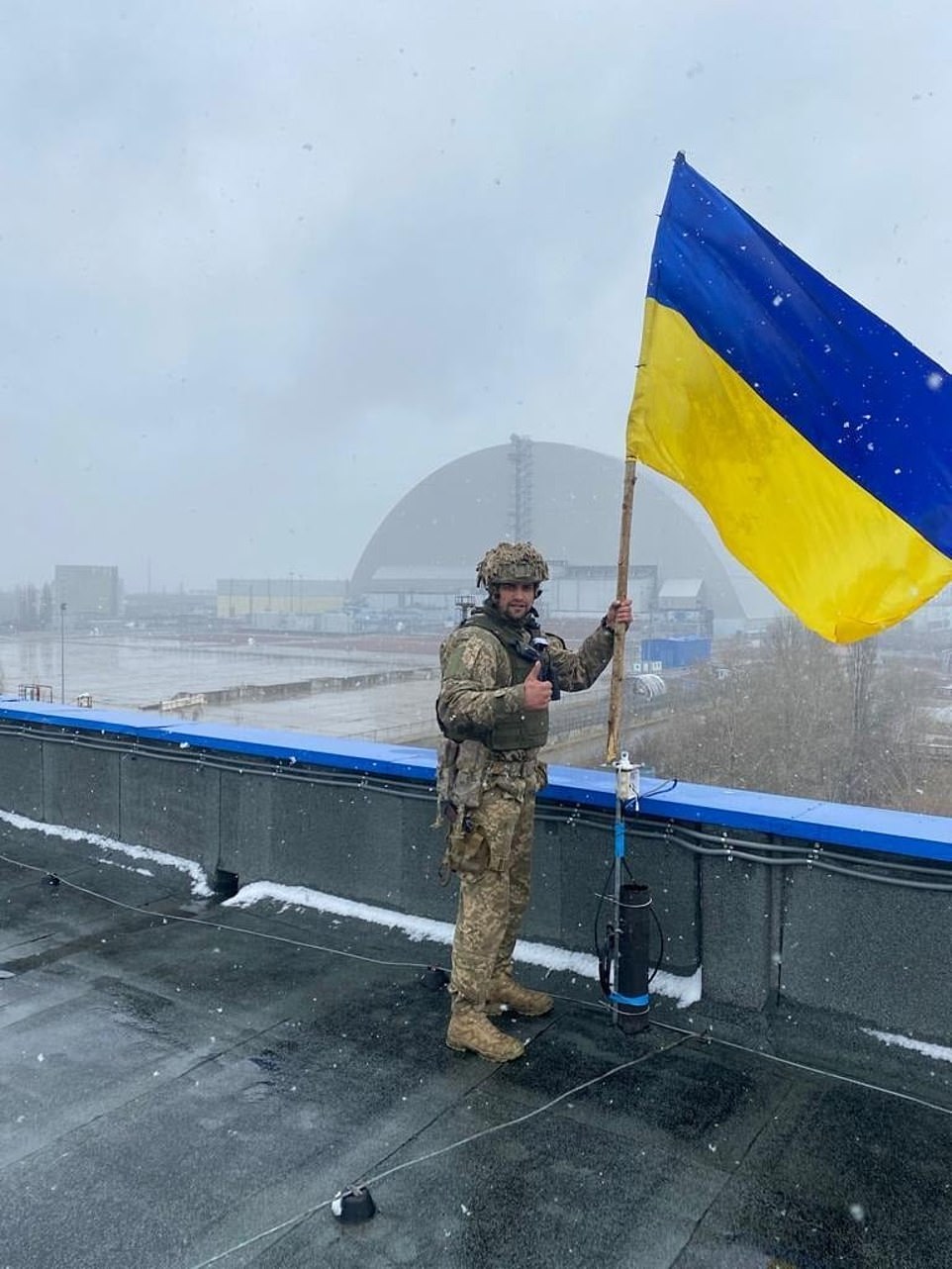 As eastern Ukraine braced for further attacks and Russians prevented another relief trip to the beleaguered port city of Mariupol, Russian troops returned control of the dangerously radioactive Chernobyl nuclear complex early Friday morning, according to Ukrainian authorities. There has been no independent corroboration of Energoatom’s claim that soldiers digging trenches in the forest in the exclusion zone around Chernobyl were exposed to “substantial doses” of radiation that led to the withdrawal from Chernobyl.

On Friday morning, the governor of the Russian border region of Belgorod claimed that helicopter gunships from Ukraine had flown into Russian territory and struck an oil store. If confirmed, this would be the first such strike. Two individuals were hurt in the attack on the Russian energy company Roseneft’s depot, which is only 21 miles from the border. According to a Telegram message by Vyacheslav Gladkov, the depot was set on fire.

Russia appears to be using the notion of de-escalation in Ukraine as a cover to reorganise, replenish its soldiers, and reposition them for an increased onslaught in the east of the country, as seen by the exchange of control at Chernobyl. Withdrawal of Russian soldiers from the north and center of Ukraine is merely a tactical ploy to build up forces for new, more stronger operations in the south east, according to Ukrainian President Volodymyr Zelensky Thousands of people have been killed and four million forced to flee their homes in Ukraine during the five-week conflict. A fresh round of talks between the two countries is set to begin on Friday.