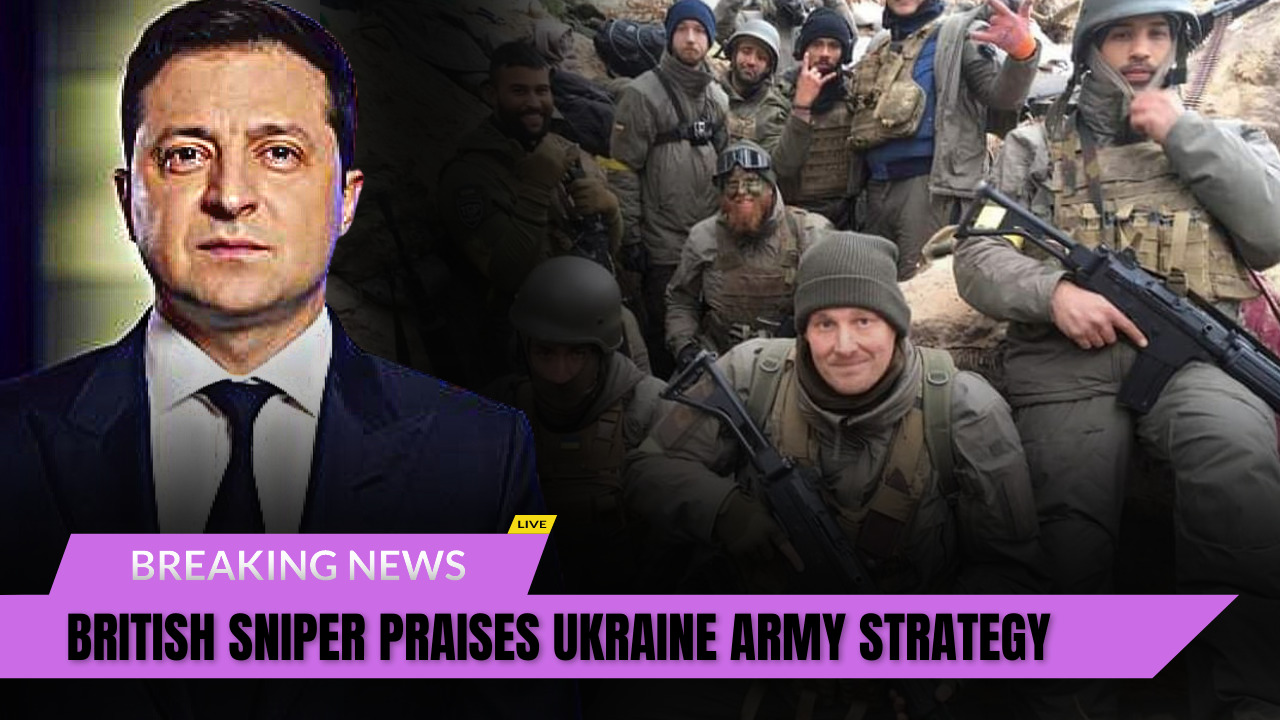 As part of the war in Ukraine, a veteran British sniper has come out of retirement to fight. He says their guerrilla tactics are absolutely hammering Putin’s troops and that they’re defending their country like the Taliban on steroids. Lance Corporal Shane Matthews served in Afghanistan and Iraq as a Lance Corporal with the 2nd Battalion Princess of Wales’ Royal Regiment. He flew to Poland, then took thumbs-up lifts to the Ukrainian capital, where he has been helping to fortify the city and train civilians. The ex-soldier said he saw Russian shells rain down on bridges, churches, and schools as bombs fell indiscriminately. He shared harrowing photos of the devastation, but he said that Ukraine would win in the end. 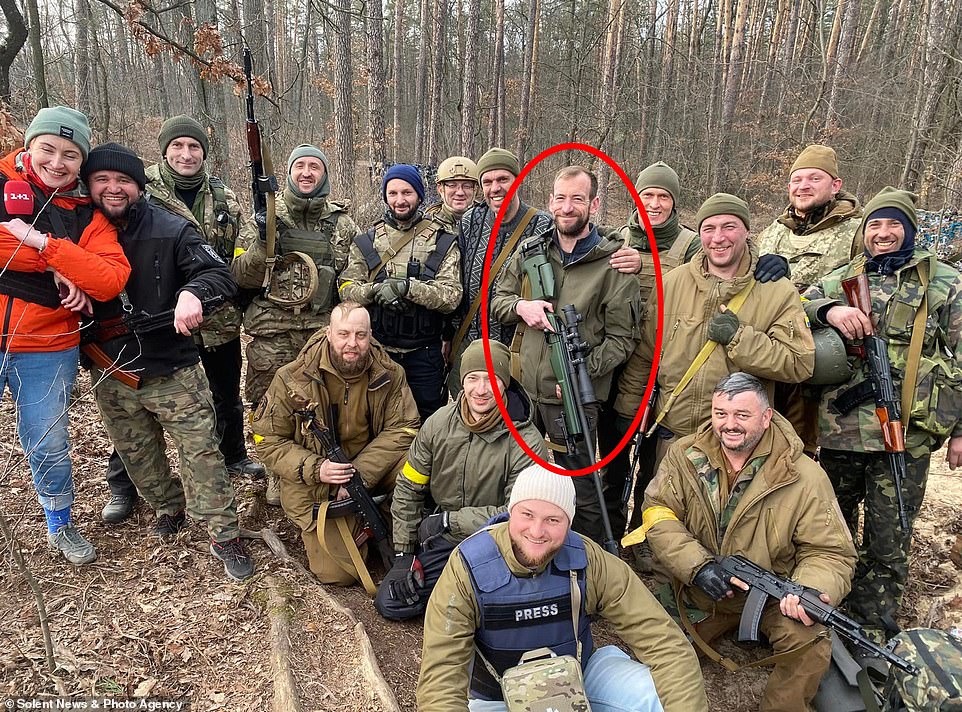 Shane Matthews, who completed multiple tours of Afghanistan and Iraq; as a Lance Corporal with the 2nd Battalion Princess of Wales’ Royal Regiment

‘These photos I have put up are of the “military targets” being attacked [by the Russians] today – military targets being a church, a two-storey school, a bridge… which was attacked as civilians were evacuating from the city.

‘I have just spoken to a chap whose dad was killed two days ago and today in the artillery strike that we were in just now, his son was killed. And this is “denazification”?

After the war started in Ukraine, men gathered outside the Ukrainian embassy in west London to answer Volodymyr Zelensky’s call for foreigners to join his country’s fight against Russia. But lawyers say that Britons who fight in Ukraine could be charged with terrorism in the UK, just like those who fought against ISIS in Syria with Kurdish militia groups. People in Irpin, a district to the northwest of Kyiv, are talking to each other on the street. 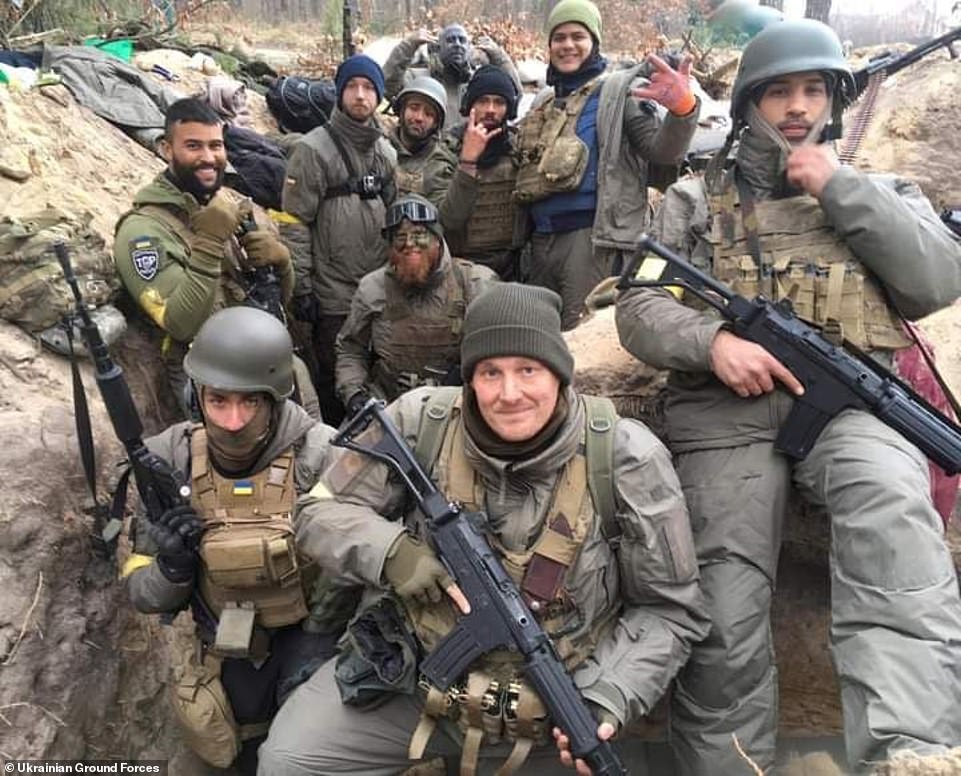 Members of Ukraine’s international legion. Volunteers from the US, UK, Sweden, Lithuania and Mexico have joined

In the last few days, the veteran sniper has been teaching the Ukrainian defense forces how to treat battlefield casualties. The former Lance Corporal said that most of the people who are going to the front line are civilians; who have never fired a rifle before. As for Ukraine, Matthews said their fighting spirit was the best in the world and they had been absolutely hammering the Russians in Irpin; where they were fighting. As of now, more than 20,000 people from all over the world have signed up to fight. There are about 16,000 people in Ukraine, including a small group of Brits.

There are a lot of people who say that their families are worrying and supportive of their choice. It was Ben Grant, who served in Iraq, who came back to the UK to see his wife and kids. Then he flew to Ukraine and joined the fight. During a meeting at the Ministry of Defense last week; there was panic because reports said that four British soldiers who had gone AWOL were going to fight for Ukraine.

When he was 19 years old, he reportedly quit his job as one of the Queen’s Guards in Windsor and signed up to fight in Ukraine with the International Legion of foreign volunteers. One of the four British soldiers who fled the country could have been him. This has caused panic in the British Army because Russia could use this as a way to start World War Three, which would be bad for the country. 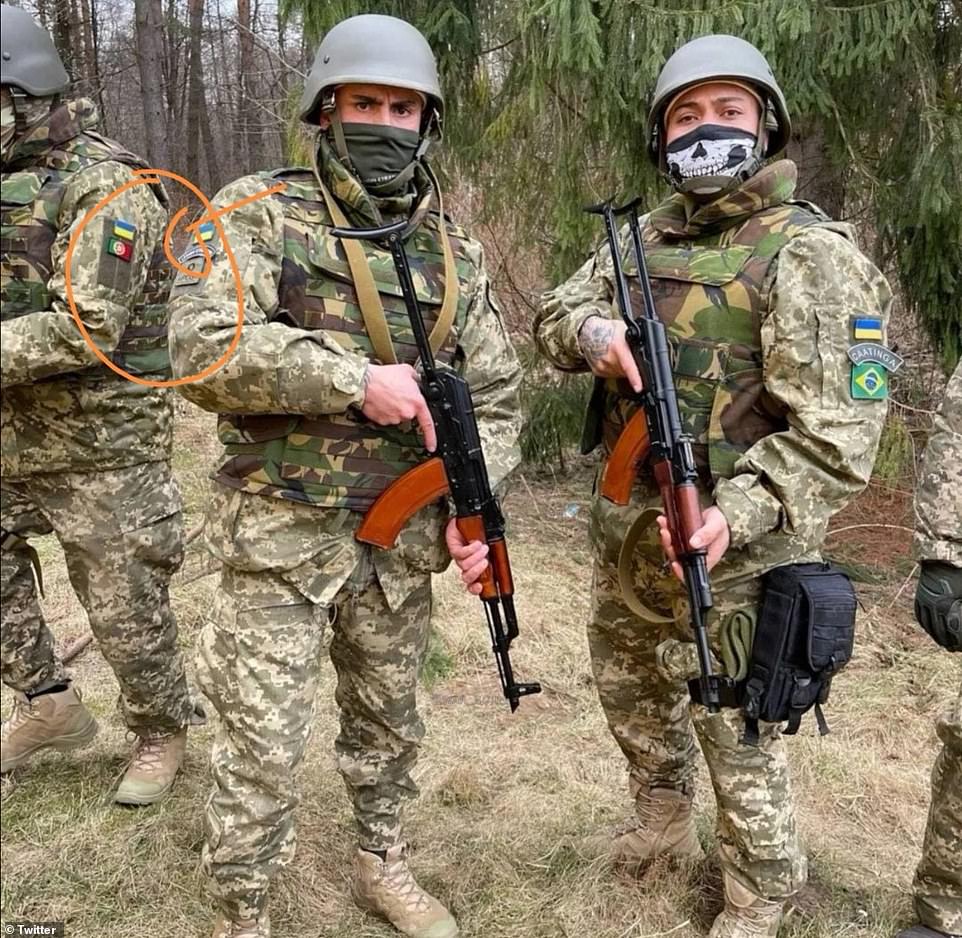 According to the Mirror, the retired British special forces soldiers agreed to go on missions inside Ukraine; to help defend the country. The veterans; who were between the ages of 40 and 60; met to talk about taking on the risky job of supporting the Ukrainians in combat. They are very good at what they do because they have snipers; and people who know how to use anti-aircraft and anti-tank missiles. Russia’s military kept up the fight for Ukraine’s capital; with fighting and artillery fire in the suburbs of Kyiv on Monday.