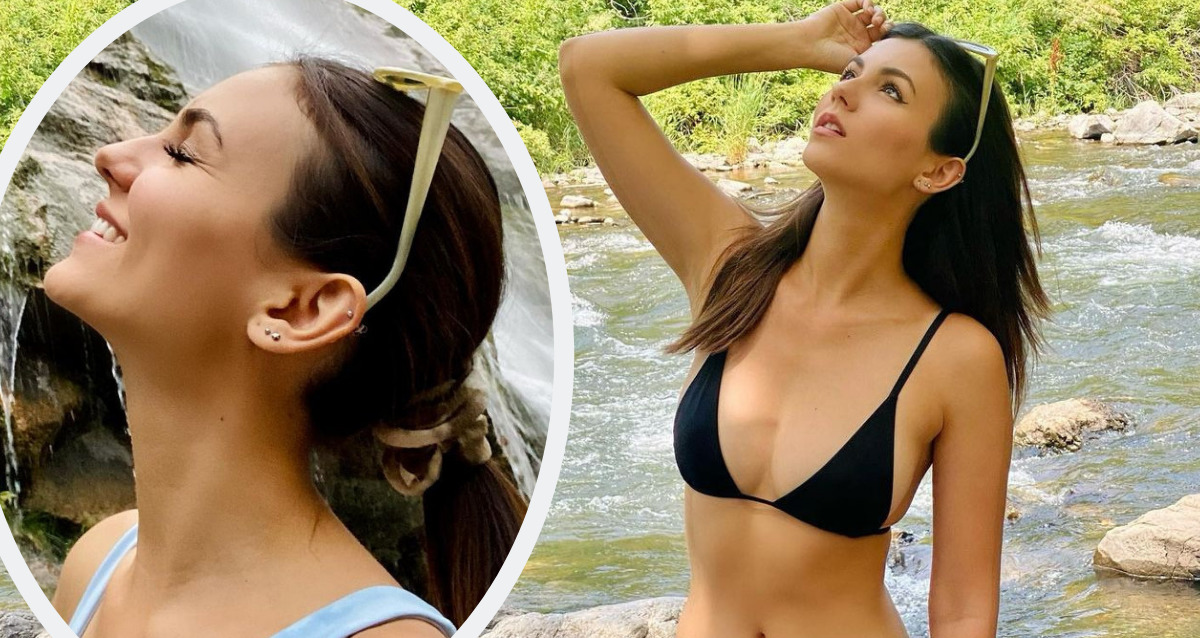 Victoria Justice looked peaceful amidst the natural surroundings as she vacationed in Utah. The actress took to Instagram on Sunday to share some pictures from her trip.

Victoria, 28, posted beautiful pictures from her trip. She gave her followers a glance into the wild, and also blessed them with a hot and sizzling bikini snap.

‘Utah, you’re beautiful. Miss you already. Thanks for the memories,’ she wrote in the caption of her post. 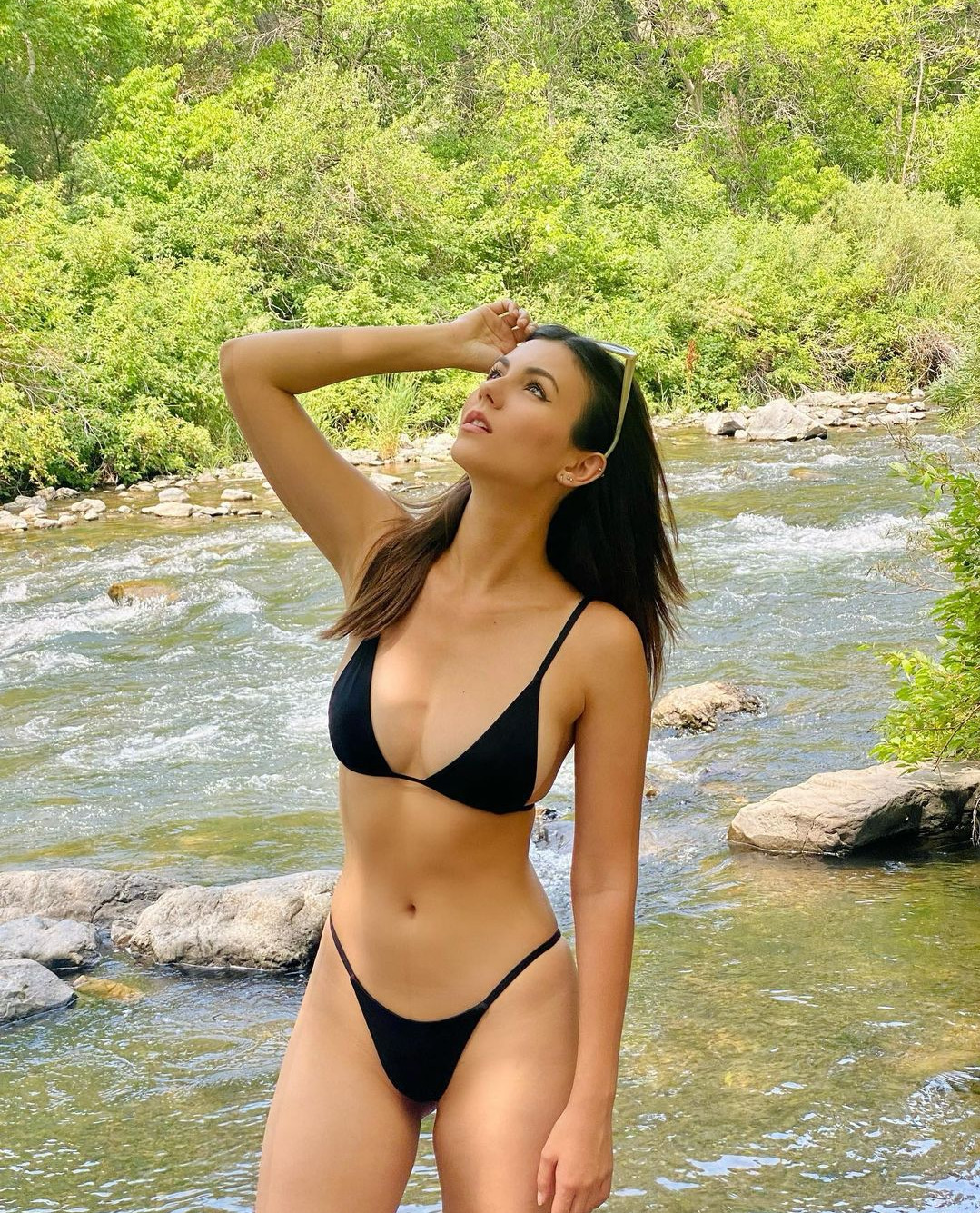 Victoria Justice uploaded a picture of herself dressed in a baby blue tank top standing near a waterfall. She topped the beautiful shot with her lovely smile.

For accessories, she wore a bunch of small stud earrings and a pair of sunglasses rested on her head as she took in the bright Utah sunshine.

The Fun Size star also gave her fans another picture of her under the waterfall. She wore matching baby blue stretch pants and black sneakers with a hoodie tied around her waist. 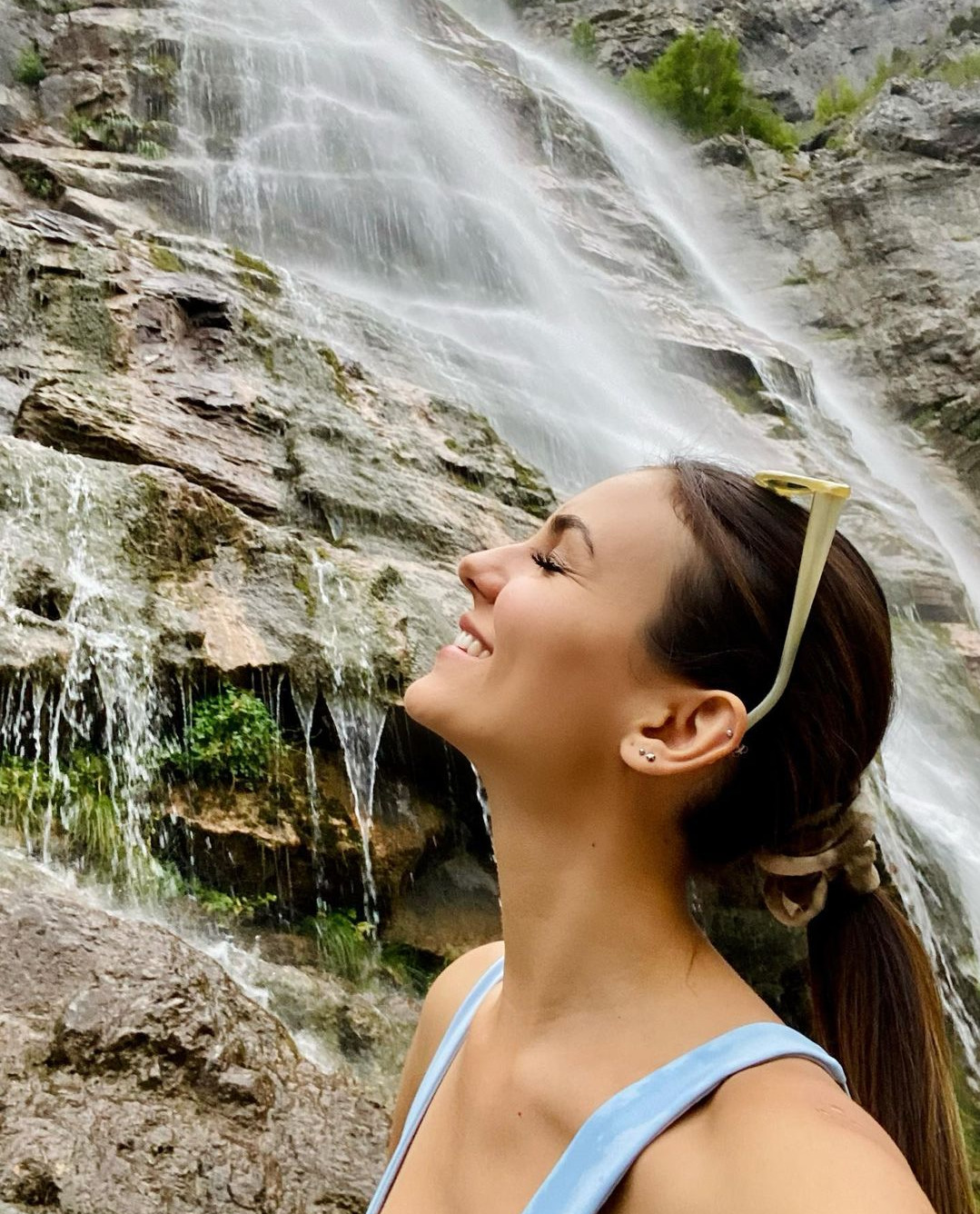 Not only this, the actress posted a tiny video of the waterfall and the gorgeous mountains from her trip, so her fans didn’t feel like they were missing out.

Victoria also shared a picture of her using a portable camera, along with a sign that reads, ‘Attention Steep Narrow Trail Proceed At Your Own Risk.’

In addition, she looked stunning in a skimpy black bikini that highlighted her flawlessly toned body. 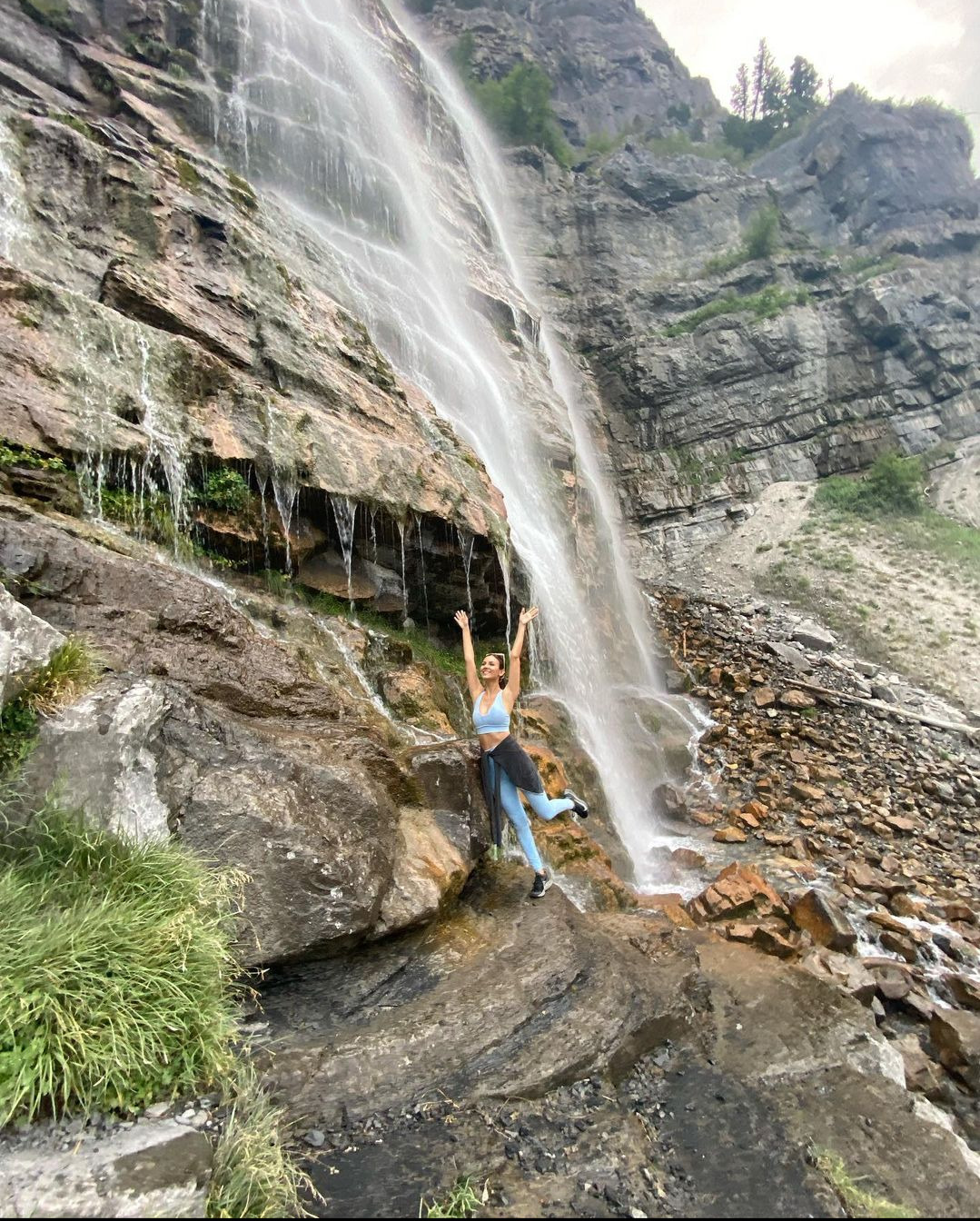 The slide of pictures ended with the view of the mountain from her car. As well as an up-close of a fully bloomed sunflower.

According to the early update, the film is, ‘a comedy that mixes together a story of friendship, mattresses and a kidnapping gone terribly wrong.’ 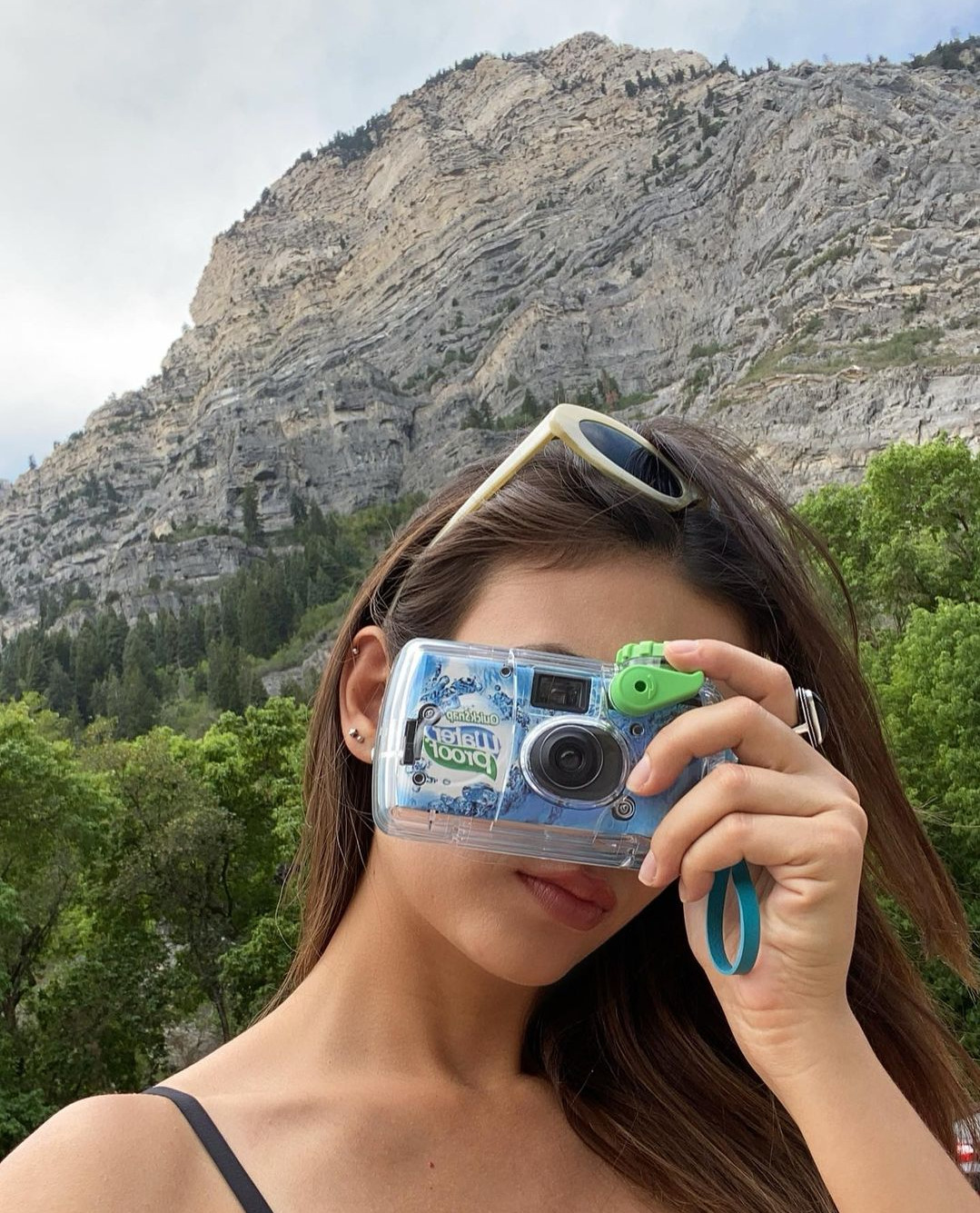 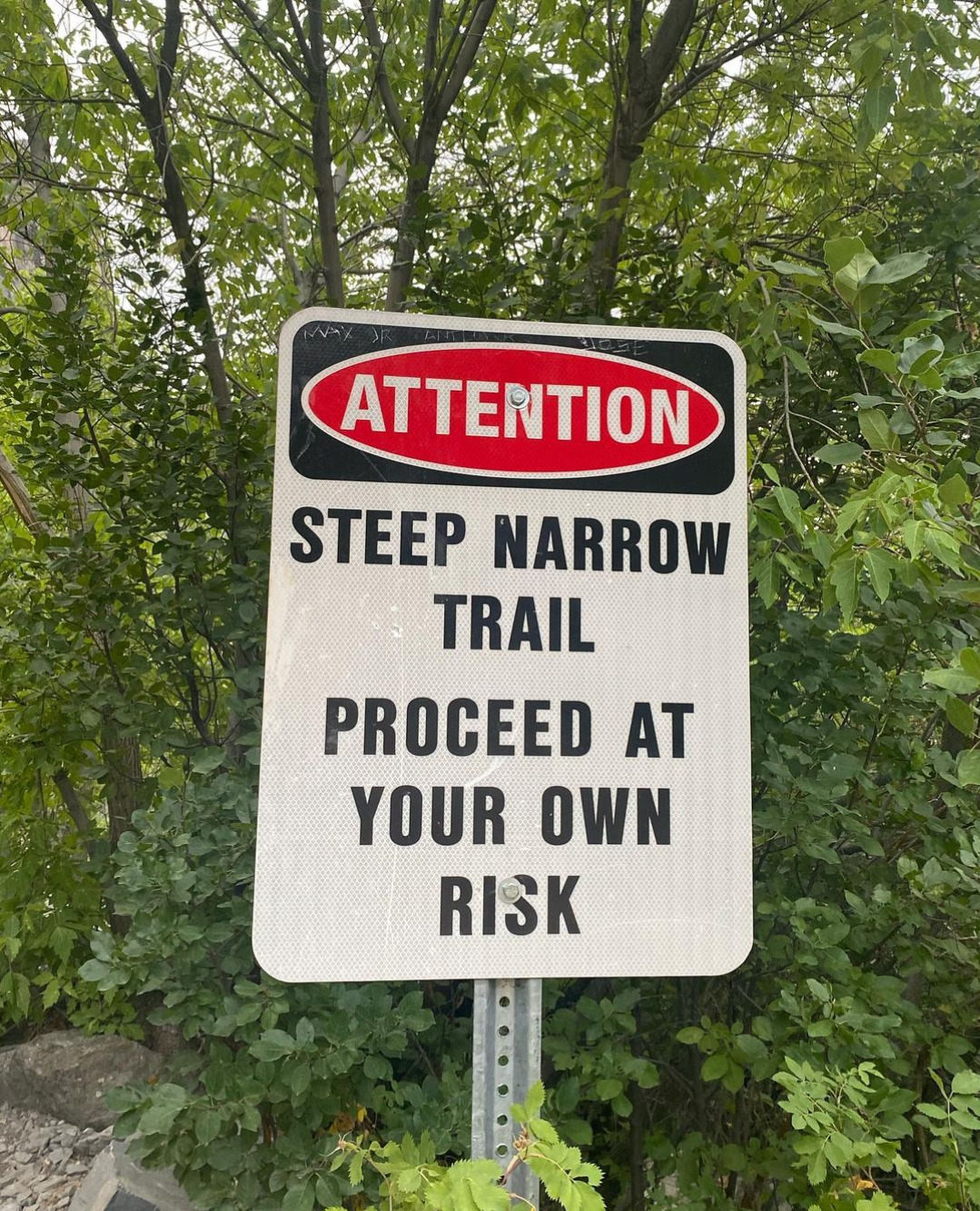 Apart from Victoria and Joel, Travis Bennett and Jimmy Tatro will also appear in the movie. And the filming is supposed to begin sometime in the summer, in Utah.

Prior to this, Justice starred in Trust, which is available to stream on Hulu. Another project that is currently in its post-production process is the upcoming Afterlife of the Party.

The said film follows, ‘a social butterfly who dies during her birthday week is given a second chance to right her wrongs on Earth.’