Victoria Villarroel Soaks Up The Sun In A Gorgeous Bikini Snap 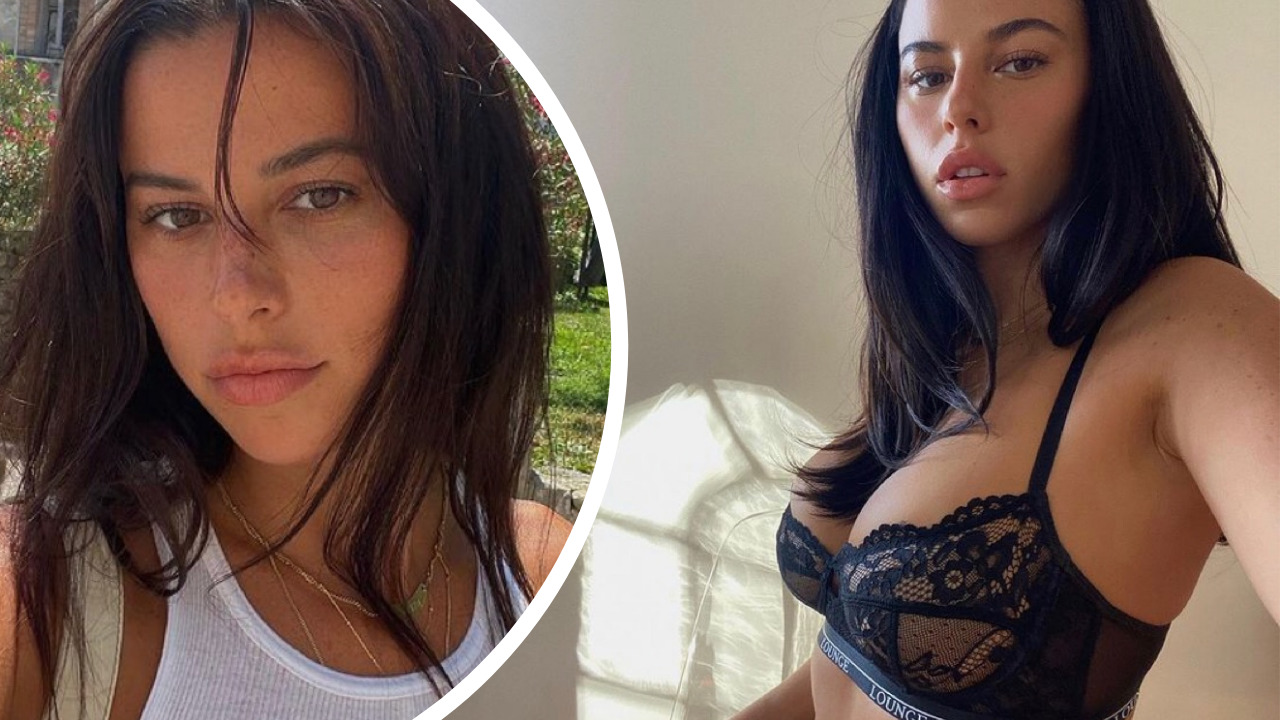 Come Monday, the sun shone bright and Victoria Villarroel basked in the opportunity to head outside to work on her tan.

Kylie Jenner’s former assistant turned Instagram model shared a series of pictures from a sunny day to her Instagram page of many of her 1.9 million followers.

Taking In That Natural Glow Of The Sun

The wide slew of images began with a beautiful selfie that she clicked while relaxing by the swimming pool. The star lay on her stomach across a white towel as she posed for the camera wearing a seductive expression on her face. The shot highlighted her peachy butt. 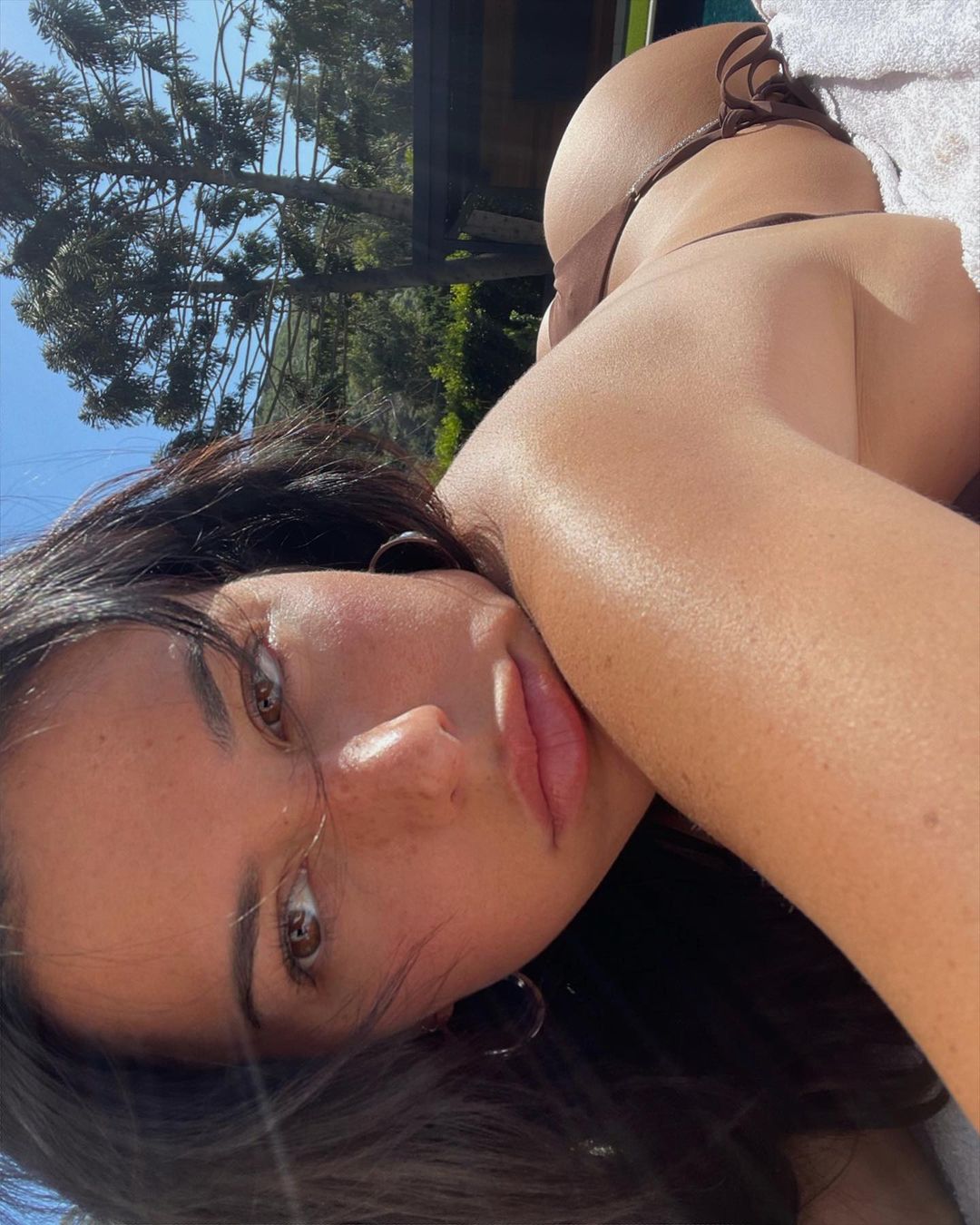 Victoria also took two other selfies to add to the post. In one picture, she places the camera closer to her body while maintaining the same posture. In the second pic, the influencer casually rested her chin on her forearm. And in the last slide, she made a cute fishy face. 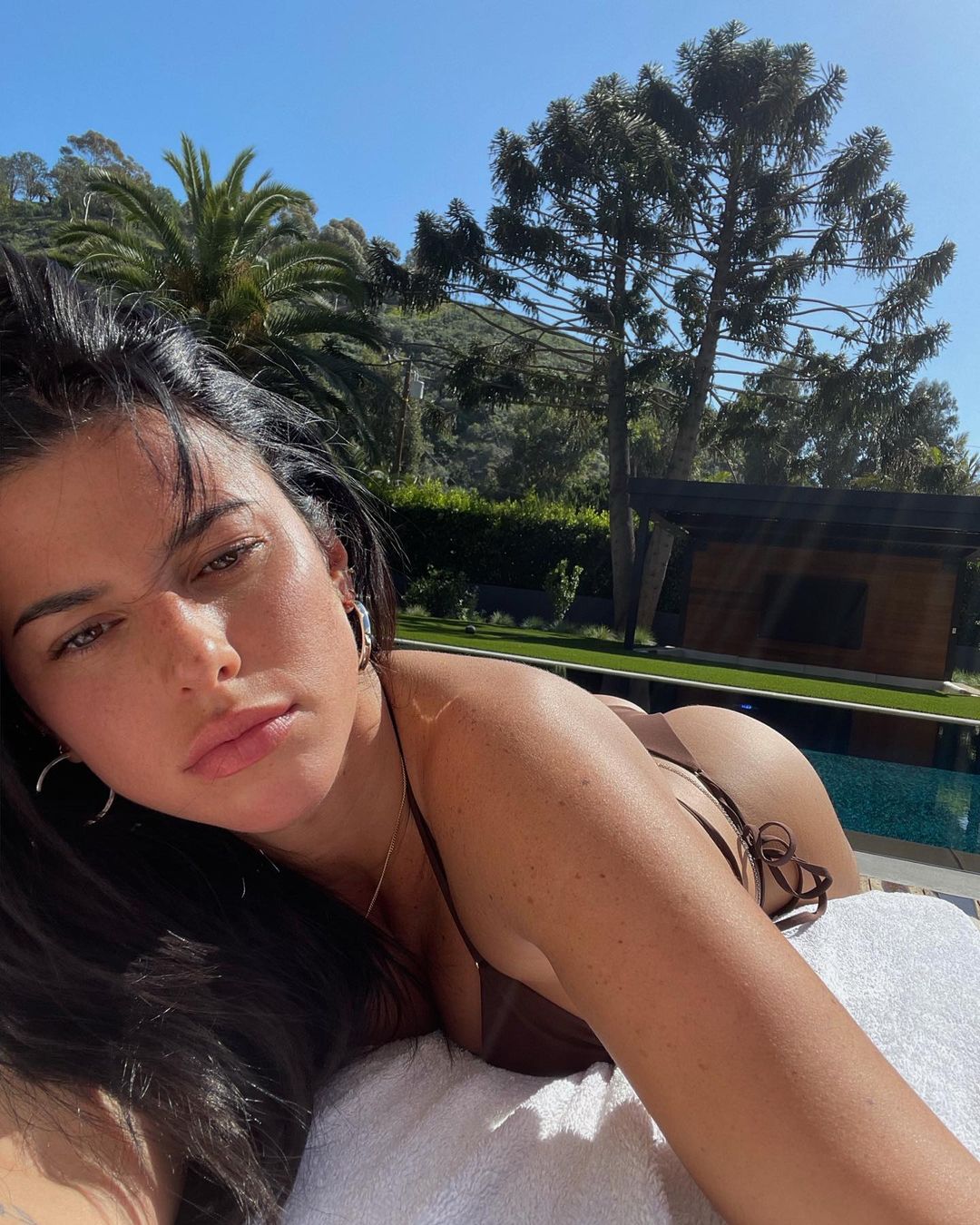 The Gonza founder wore a brown two-piece swimsuit as she bathed in the scorching sun. The swimsuit featured a very bold design. It included a pair of cheeky bikini bottoms that allowed her to flaunt her peachy back almost entirely. As well as a tiny top that left little of her upper body to the imagination. According to the picture, the two-piece was a gorgeous set featuring triangle cups and a plunging neckline that showcased her enviable cleavage. Thin straps provided support and clung to her neck, with another pair of strings secured behind her back. 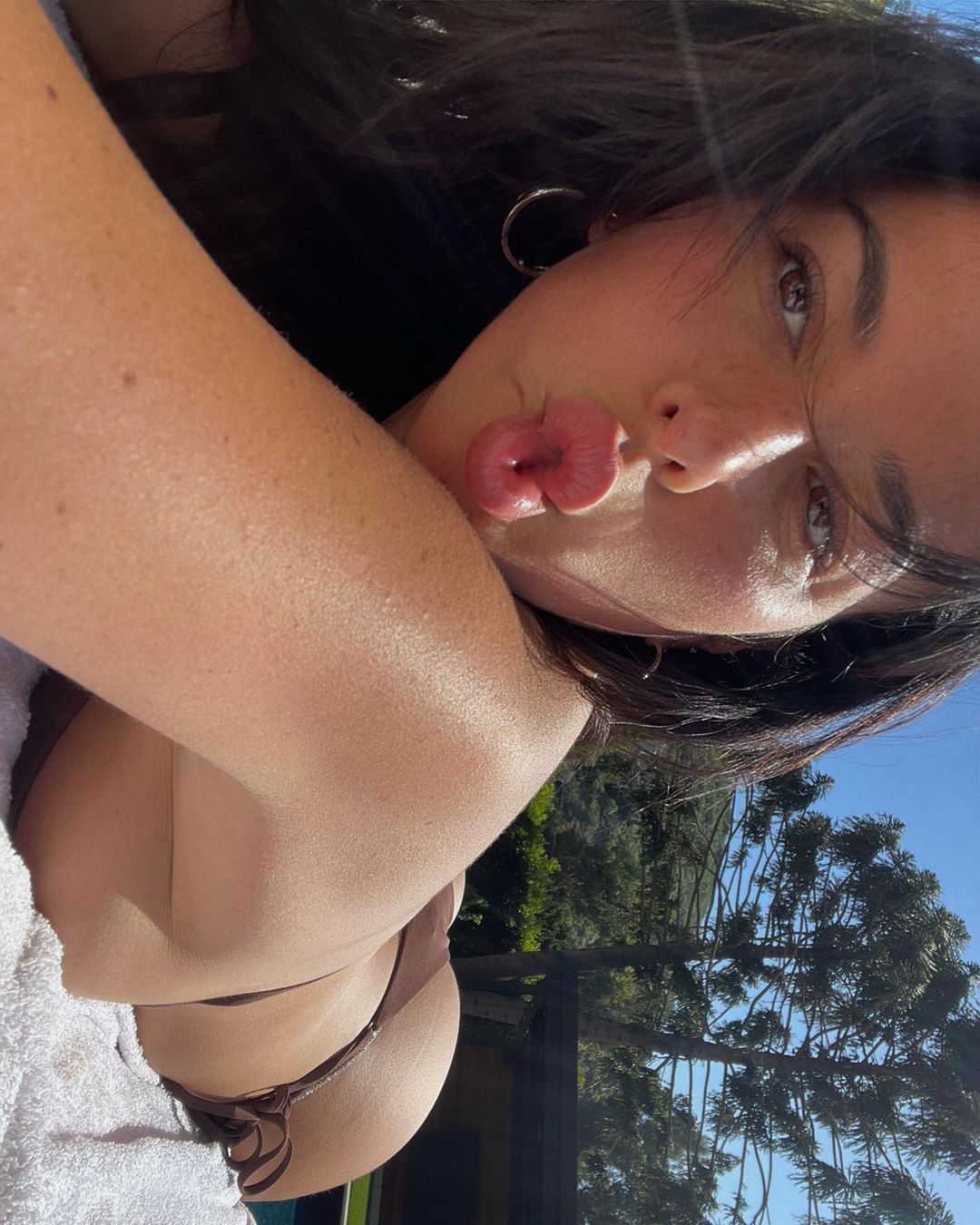 Villarroel makes a cute fish face in the selfie

To accessorize the chic pool day look, she wore a pair of oversized hoop earrings and a necklace.

In the caption, Victoria wrote something in Spanish. According to Google Translate, “la mejor vitamina” means “the best vitamin”, which the model used to describe the sun.

Check out the pics here.

Not long after she shared these new snaps, the post earned an enormous amount of likes and messages from her ardent admirers. While some fans left adorable comments to the post, others dropped their praises for Victoria with the use of emojis.

“So flippin HOT,” an admirer wrote.

“She’s the finest of them all. Forget Kylie or Stassie. Victoria is the best!” declared the third commenter.

Journey To Becoming An Influencer

Victoria Villarroel has made stunning appearances for her social media followers in the past. As covered by The Blast last week, she shared another jaw-dropping series of images as she sported a printed bikini. 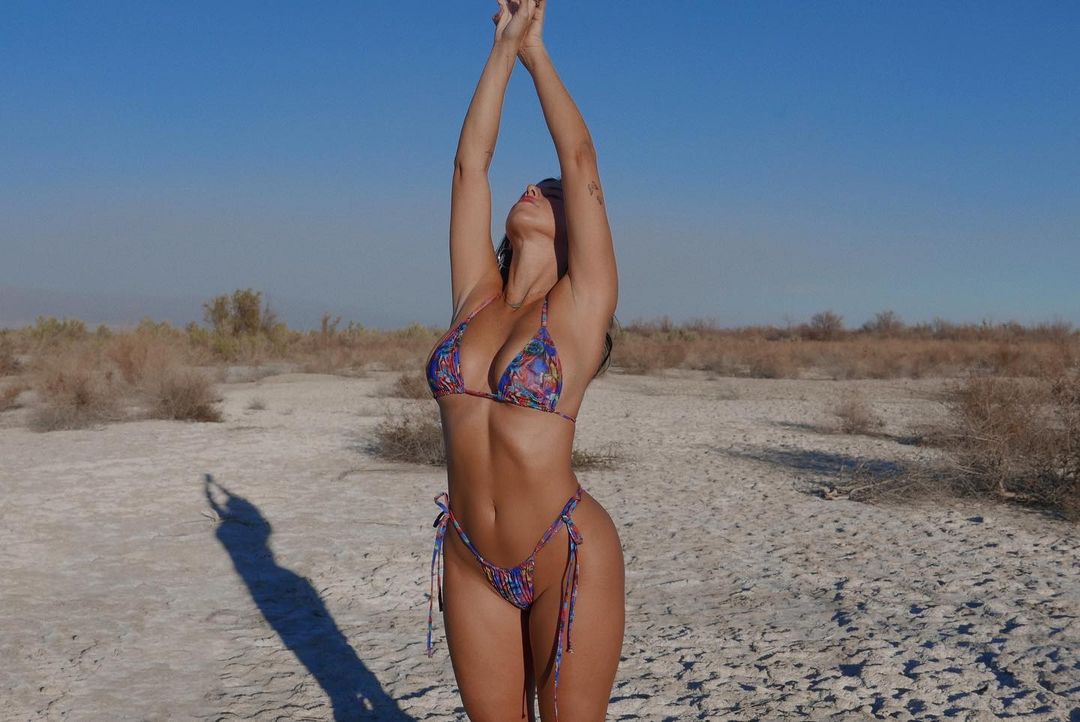 Victoria Villarroel soaks up the sun at the beach

Victoria worked as Kylie’s personal assistant for a period of five years before going out on her own to work full-time on her career as an influencer. Being closely associated with a giant name in the makeup industry does have its advantages. After all, Victoria earned herself a huge number of followers on social media from the very start. But in the end, it was her efforts, consistency and the way she worked on herself to produce the scintillating shots that gained her more likes and followers.

In January 2020, Victoria Villarroel talked about her previous job and relationship with the reality star in a post shared on her Instagram Story.

“I worked with Kylie for 5 years and she became one of my closest friends,” she wrote. “We both decided it was time to grow without each other professionally about a year ago! she’s still one of my best friends and our relationship has only gotten stronger.”

Victoria Villarroel Soaks Up The Sun In A Gorgeous Bikini Snap