House of the Dragon has become HBO’s most-watched show with the pilot episode garnering over 10 million views compared to the original Game of Thrones, and we don’t doubt. The House of Dragons is set centuries before the events of Game of Thrones and will concentrate on Targareyen Civil War known commonly as The Dance of The Dragons.

As every fan knows how Dragons play a crucial role in all winnings and losing in the seven kingdoms, and during the Dance, they were so needed that Queen Rhaenyra started seeking Dragonseeds to aid her conquest. But what exactly are Dragon Seeds? Let’s find out.

What are Dragon Seeds?

A “dragon seed” is a lowborn individual of Targaryen bastard ancestry, often residing on the isle of Dragonstone.

The tradition of celebrating the first night was widely disliked across the realm. Dragonstone, the castle where the mighty, and mad blondes had governed for ages, saw their handsome, distant overlords as almost gods, therefore there was less resistance there.

The wives of Lords of Dragonstone who accepted their duties on the such night were considered “blessed,” and their offspring were often showered with gifts. These cretins were conceived from dragon seed, and later came to be called simply “seeds.” Princess Rhaenyra Targaryen and King Viserys in House of the Dragon

Although King Jaehaerys I Targaryen had prohibited the prerogative of the first night, certain Targaryens persisted to have affairs with the wives, and sisters of innkeepers and the spouses of fishermen.

In this way, both seeds and their offspring persisted in high numbers on Dragonstone and the nearby regions, and many locals have good reason to believe they had at least a little bit of Targaryen ancestry in them.

Dragon Seeds Role In The Dance of The Dragons While your children learn of a plot against your liege lord, you continue the bitter civil war of the Dance of the Dragons by taming a dragon of your own and fighting on your king or queen’s behalf!

When the bloody battle and the race for the dominance of the seven kingdoms took flight, Prince Jacaerys Velaryon came to notice that Queen Rhaenyra Targaryen’s side possessed numerous Flying beasts but no one to ride them through the masses and wreak havoc on enemy platoons.

The Half-Targeryen promised the man who tamed a beast with property, wealth, and a title; that his children would be raised in the nobility and married to aristocrats. The interest that Jacaerys’s proposal received was not limited to dragon seeds. The majority of the hopefuls were unsuccessful and were eaten or incinerated by the fiery lizards. One of them was the Lord Commander of Rhaenyra, Ser Steffon Darklyn; another was the Lord Gormon Massey. Some have called this the “Red Sowing,” while Grand Maester Munkun called it “the Sowing of the Seeds.”

Whether or not the victorious contenders really possessed Targaryen blood, and whether or not that heritage was what enabled them to manage the dragons, is unknown. The victorious baseborn Dragonriders were known as dragon seeds for the duration of the battle and in written documents, regardless of their actual provenance.

Seasmoke in House of the Dragon

Some known and surviving names include the likes of Hugh Hammer who was able to tame Vermithor, Addam of Hull, who rode Seasmoke and finally succumbed in the war, nettles, was also a known Dragon Seed who rode Sheepstealer. 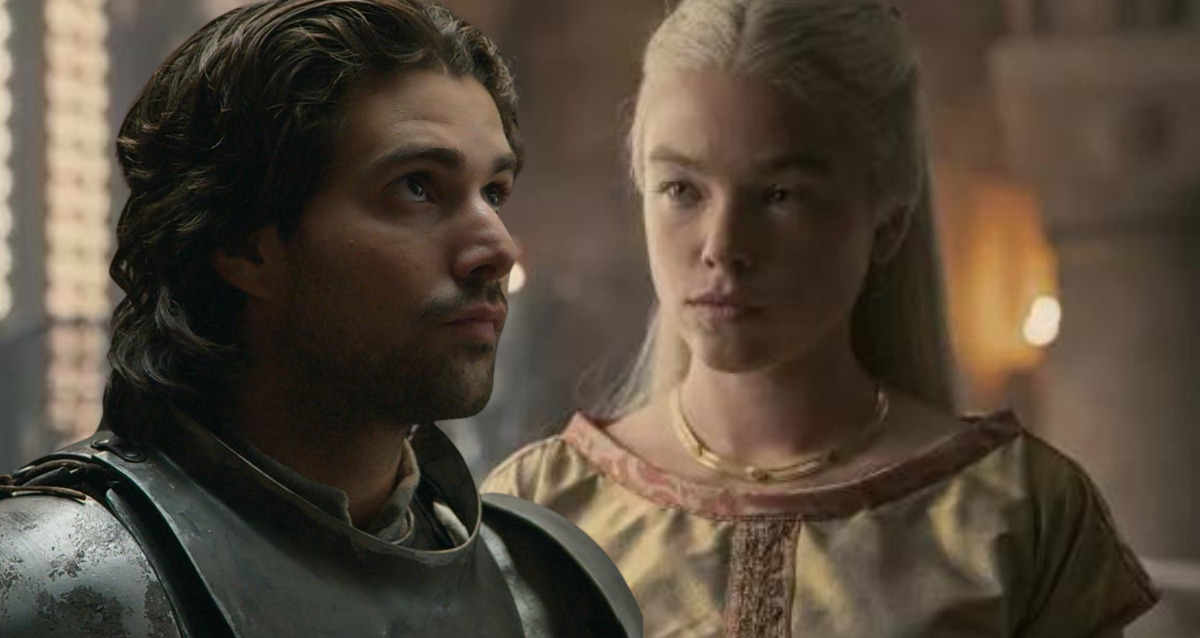