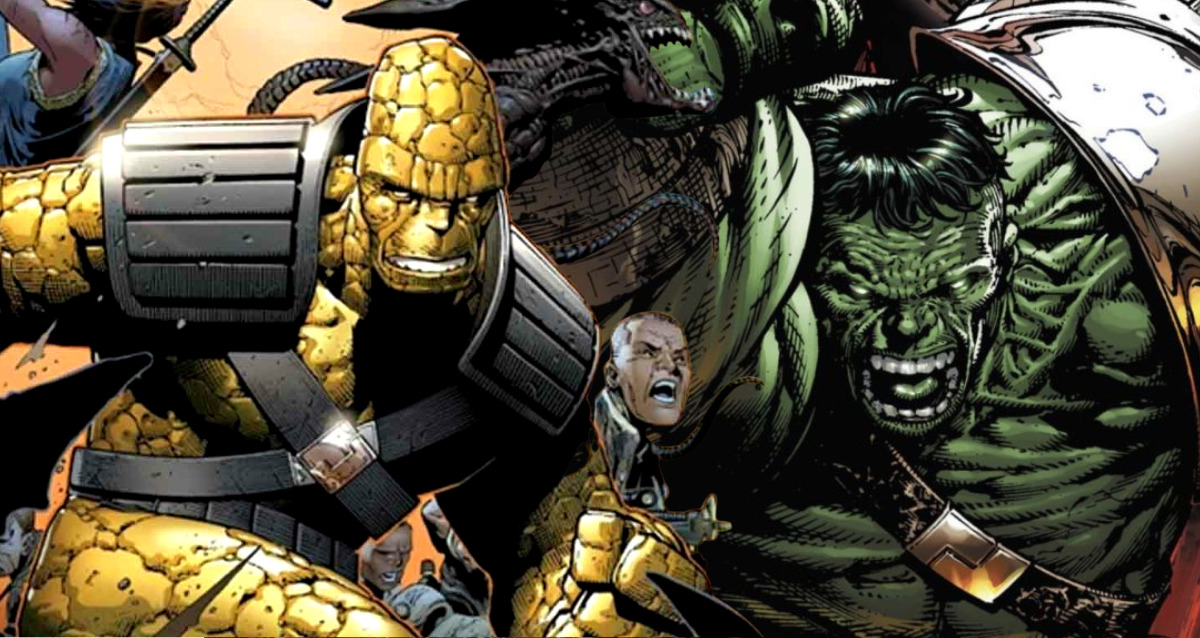 Smart Hulk’s appearance in She-Hulk showed a clear connection with the planet Sakaar. Ever since then, fans have been theorizing that the MCU is teasing a future Hulk movie which will revolve around the plot of World War Hulk. We last saw planet Sakaar during Thor: Ragnarok. And along with Hulk, there were a few more characters we were introduced to. They were the Grandmaster’s champions. That’s how we met Miek and Korg. Now with rumors making the rounds regarding Marvel getting the rights to Hulk from Universal studios, it has become even clearer that a sequel to The Incredible Hulk will be announced soon enough. So let’s explore what role Korg, the Kronan pile of rocks will be playing in the World War Hulk storyline. 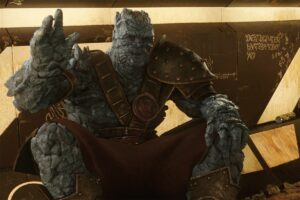 Korg was introduced to the MCU during Thor: Ragnarok. When Thor ended up on planet Sakaar after the arrival of his sister Hela, he was forced to participate in the gladiator-style battle against the Grandmaster’s chosen champion. Fun fact Korg is voiced by none other than Taika Waititi the director of Thor. Here we met Korg and Miek. Korg was a Kronan warrior who was born on the planet Ria. Every since Ragnarok he has been accompanying Thor in all of his adventures. During Thor: Love and Thunder he discloses how he was born. Two Kronan men met together inside a cave on Ria and held hands for a birthing ritual. And that is how Korg was born.

Eventually, he was given to an adoptive mother who raised him and took care of him. While on spaceship that was taking him back home, they were set off course by a wormhole. The ship including his brother Margus and several Kronan soldiers crashed in a desert on the planet Sakaar. This is where he became a slave of the Sakaarian empire and the Grandmaster. As we already know, here he became gladiator. Tragically enough, his first bout was against his brother Margus whom he had to kill. 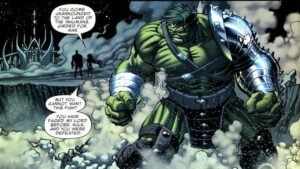 The World War Hulk storyline is one of the most loved and famed Hulk storyline in Marvel comics. The story truly explores what Hulk’s wrath can accomplish. It sees the green monster unleash all of his rage on Earth even fighting some of his closest friends in the process and causing wanton destruction. It all started when Hulk was exiled from Earth by the Illuminati and he ended up on planet Sakaar. Here he plotted his revenge. He blamed the Illuminati for the death of his wife and child and vowed to return to Earth and kill them all.

His role in World War Hulk 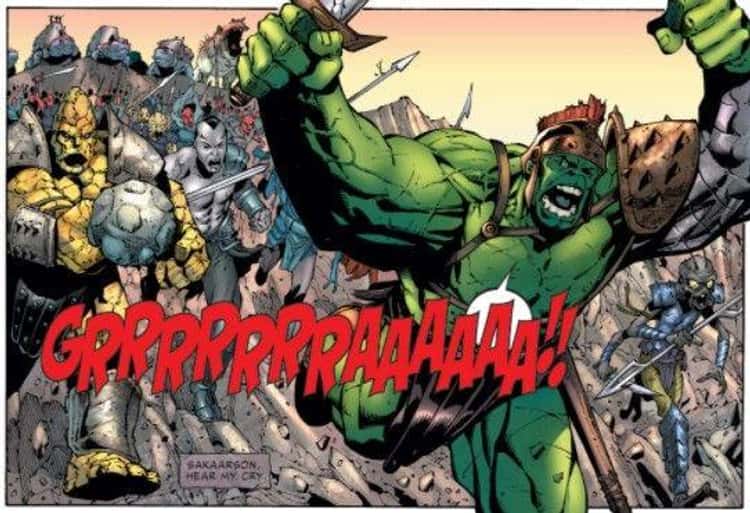 Korg and Hulk fight against the Emperor

When Korg ended up on planet Sakaar, he was put on Hulk’s team. Over time they become close friends and allies. Even in the MCU, Korg and Hulk know each other and go on many adventures together. So Korg obviously helped his friend free the Sakaarians from their Emperor. He survived the destruction of the planet and escaped along with Hulk. Korg was Hulk’s most trusted ally and he accompanied Hulk back to Earth to help him extract his revenge from the Illuminati. While Hulk was hell bent on destroying New York city, Korg tried to communicate with the people and save them from Hulk’s rage as he did not want to see innocent civilians be killed. However, after one of his allies was killed, Korg too became aggressive and threatened the law enforcement. Later on, he also helped thwart the evil plans of the villainous Leader. Korg and the Warbound from Sakaar

The unlikely friendship between Korg and Hulk lasted right till the end when Bruce Banner passed away. After learning about his death while with the Warbound, he immediately came back for Banner’s funeral. He even said some heartfelt and beautiful words in his honor. He said that though Hulk wanted to be alone, he had made friends along the way enough to make them part of his family. So let us hope that if a World War Hulk movie is made in the future, Korg is a part of it! 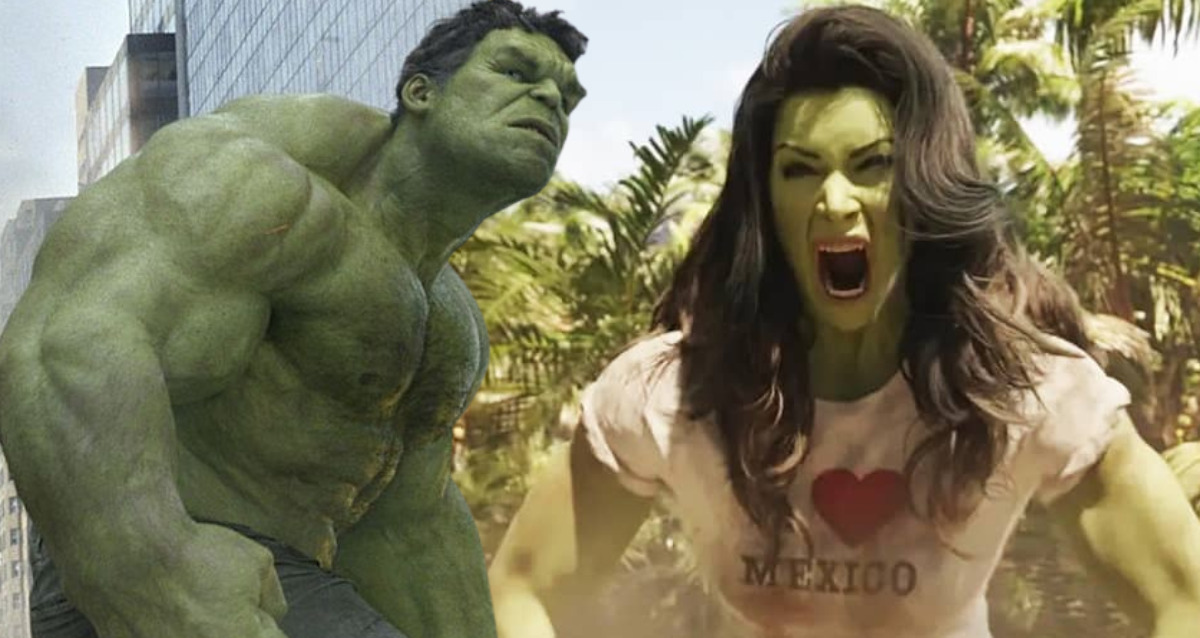 What Is She-Hulk’s Biggest Weakness? 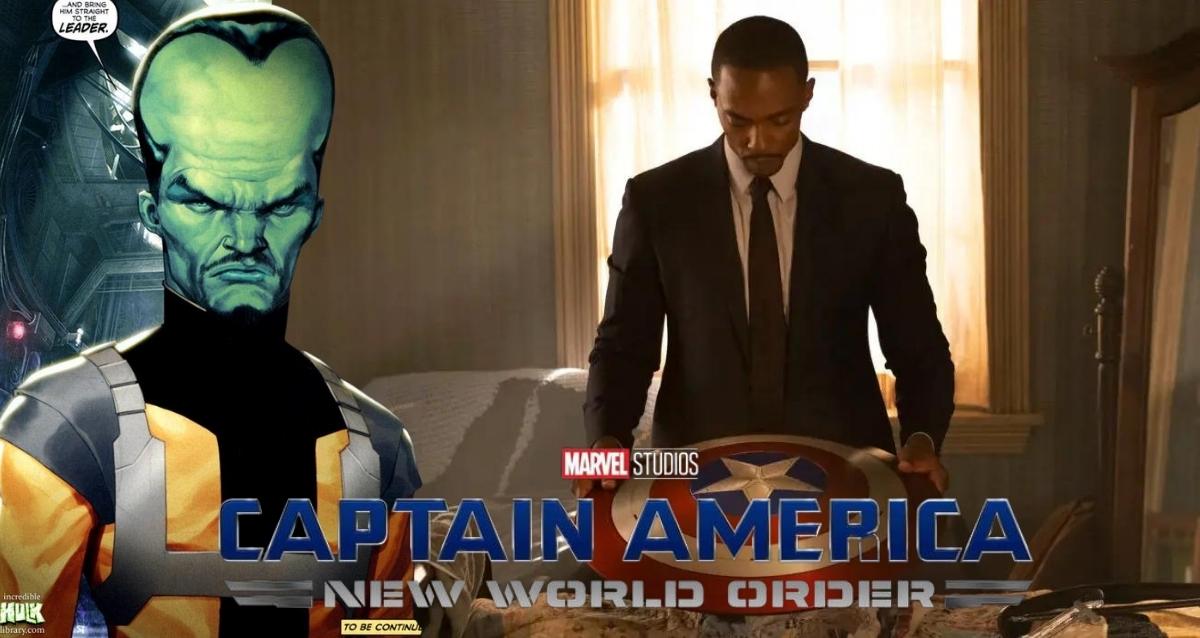